Best known for his work as a bad guy on HBO’s Westworld, DirectTV’s Kingdom and Showtime’s City on a Hill, actor Jonathan Tucker is especially evil in the reboot of Charlie’s Angels. 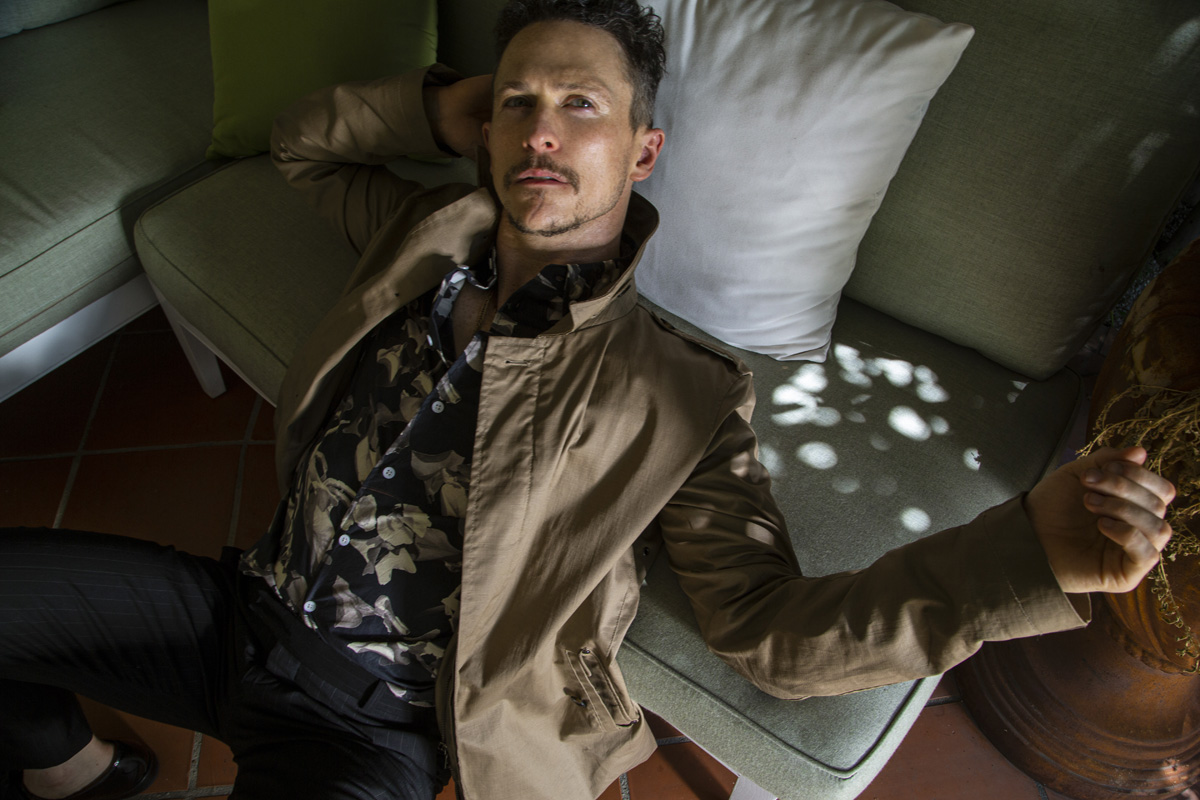 Jonathan Tucker admits it took guts to turn down early admission to Columbia University in order to pursue acting. “My parents and my manager who represented me until she retired, a run of 22 years, supported my decision to defer a year,” says the Boston native. “And when I spent that year unemployed following a slowdown in work after the Sept. 11, 2001, attacks, I focused on acting classes and building a community in Los Angeles. If I could survive a year of unemployment, I knew I could make it.”

Indeed he has. Audiences first noticed Tucker in feature films The Virgin Suicides and The Deep End, followed by Texas Chainsaw Massacre, Sleepers and many more. His resume also includes a host of guest appearances on television shows, and pivotal and starring roles on popular series, including NBC’s The Black Donnellys and Parenthood, DirecTV’s Kingdom, Starz’s American Gods, HBO’s Westworld, FX’s Snowfall and Showtime’s City on a Hill.

Next up, Tucker plays a villainous character in Charlie’s Angels, a remake of the 2000 film that was based on the 1970s TV series, directed by Elizabeth Banks (release date Nov. 15).

What kind of roles are you mostly drawn to?

I’m interested in fully realized, authentic characters. Everybody is interesting. Everybody has a story to tell. [My favorite was] Kingdom’s Jay Kulina. He was a young man who could do anything at any moment, and that’s a dream character for an actor. For every role I’ve had the honor of playing, I’ve been denied a hundred other opportunities. We press on. The secret to any success is never losing enthusiasm for the process. If you’re doing something for a result in the future, then you aren’t doing it.

How were you able to juggle two roles—unhinged MMA fighter Jay Kulina on Kingdom and trickster Lyesmith on American Gods?

It becomes critical that you settle into their physicality, and I’ve found that the Alexander Technique drops you into and pulls you out of those roles efficiently.

What’s going on with your character, Major Craddock, on Season 3 of Westworld?

Having lost the war, Craddock is now fighting for the values of an Old South, and that gives me a sense of pride that I don’t often see in other evil men—a perverted sense of nobility.

Tell me about your character, Matt McDonald, on Snowfall.

Matt brings a bit of the audience’s reaction into the storyline of Snowfall by finding humor in the outrageousness of the story—one based on the true story of the CIA dealing narcotics to South Central Los Angeles in the 1970s.

How has it been working with Kevin Bacon on City on a Hill?

Kevin and I shot Sleepers in 1995. It’s been a thrill to see him again, and I wish we had shared scenes.

How did you prepare for your role in Charlie’s Angels?

This was about leaning back and into the wardrobe, jewelry, hair and makeup, and letting silence be a tool.

If you could work with anyone, past or present, who would it be?

Who do you most admire, professionally speaking?

Tom Hanks does stellar work and is an honorable man. That’s how I’d like to be remembered.

What is your favorite travel destination?

I’ve enjoyed traveling domestically the past few years, appreciating how extraordinary the geographic and cultural landscape of America is.

Do you have a favorite quote?

“You just have to throw deep, baby” — Ken Stabler

From CBD-rich creams to fine fragrances, these five new beauty brands are the ones to watch.