Around the World Fare

The sights, sounds, smells and tastes of the finest dining destinations in far-flung locales have been transported to PRICELESS – An International Culinary Collective in New York City. Welcome to Zanzibar, London and Kitakyushu on the Hudson. 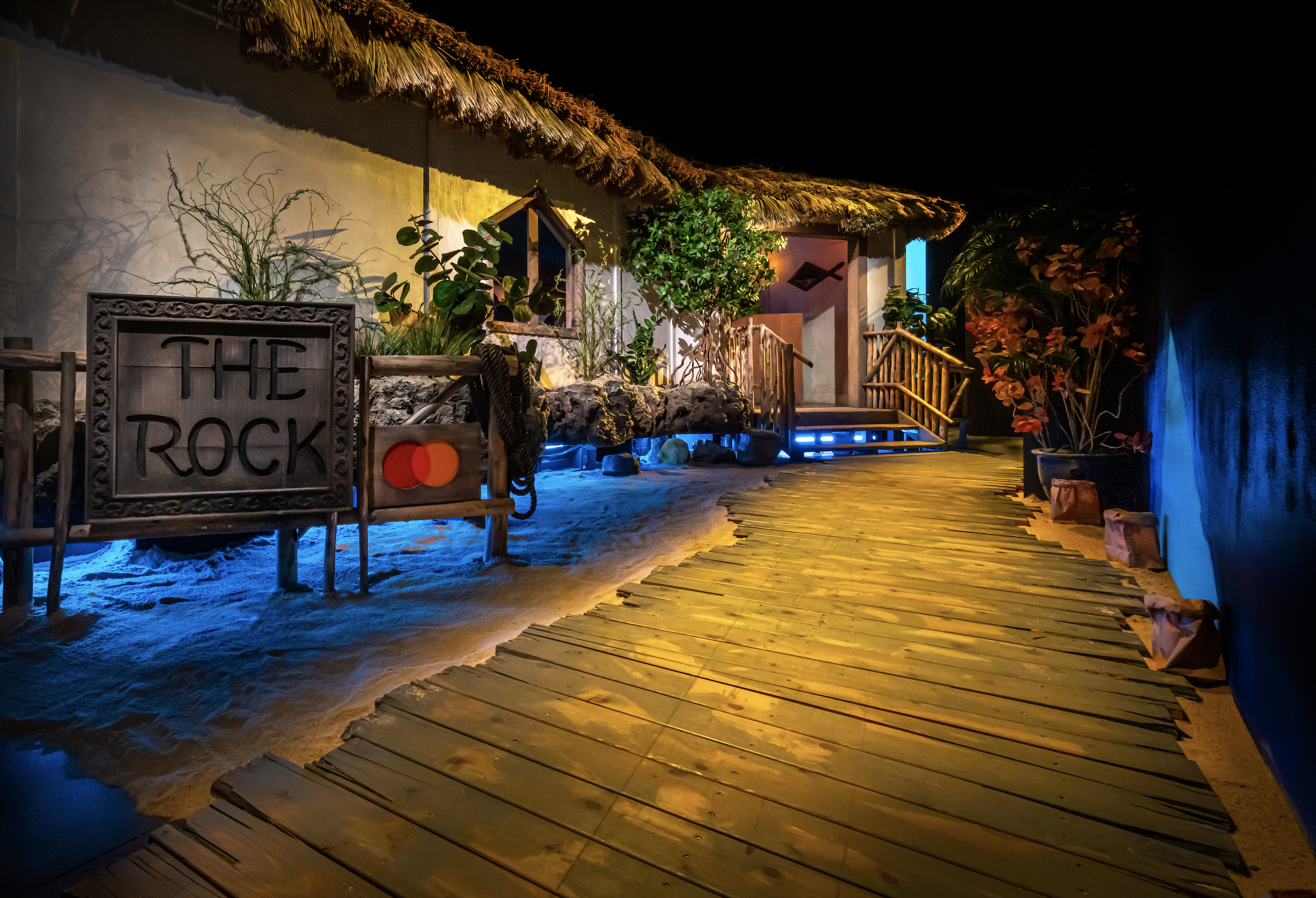 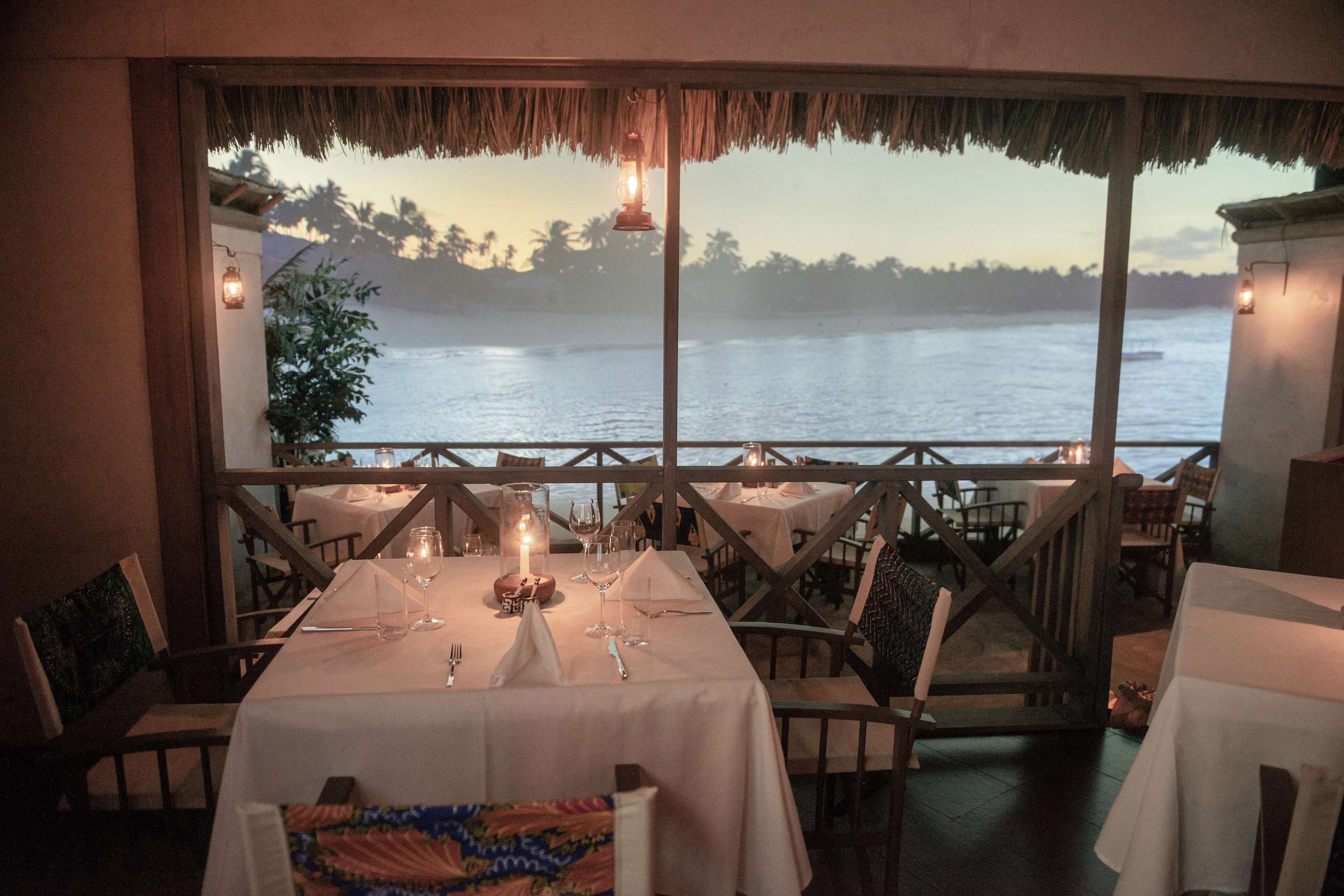 View from The Rock 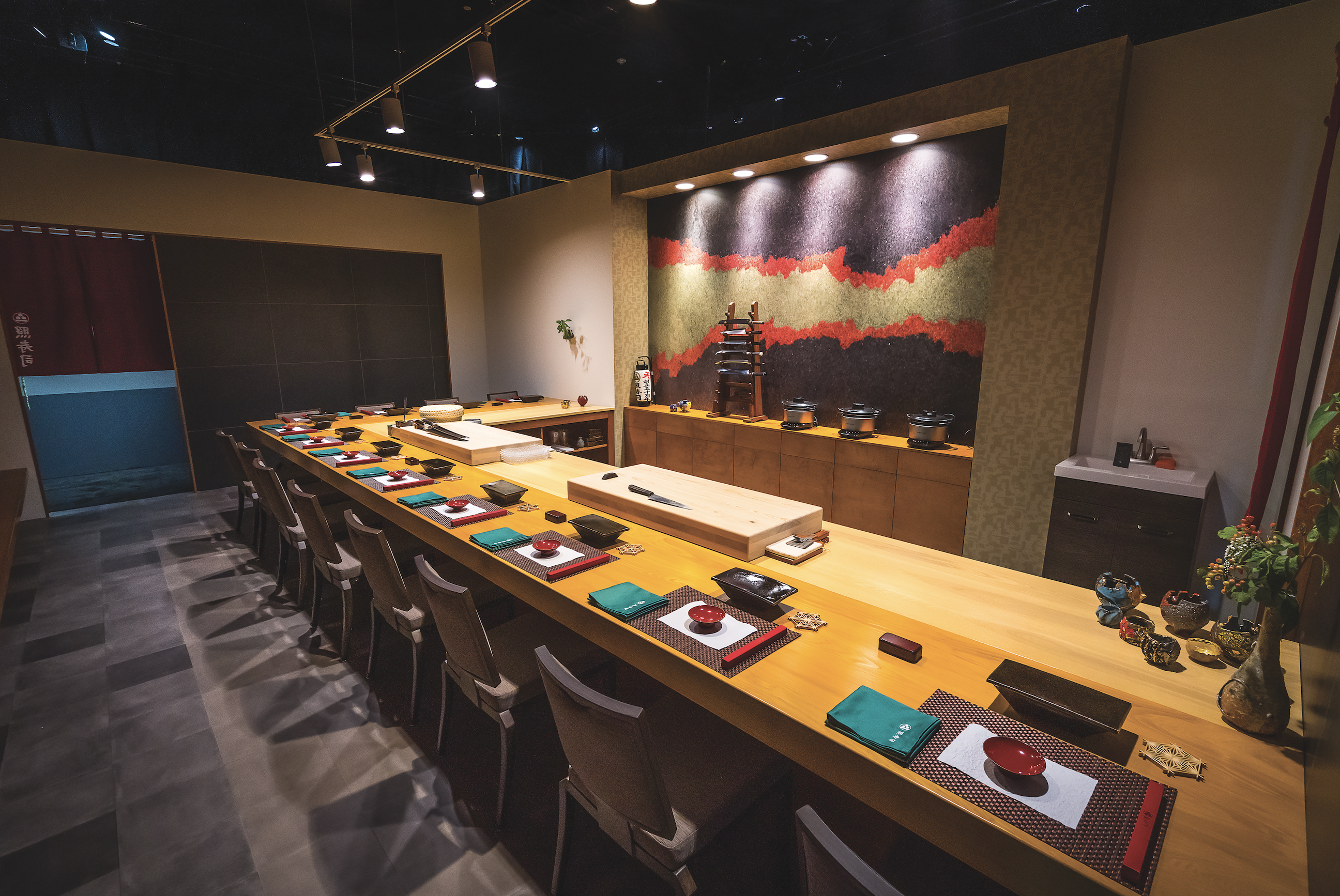 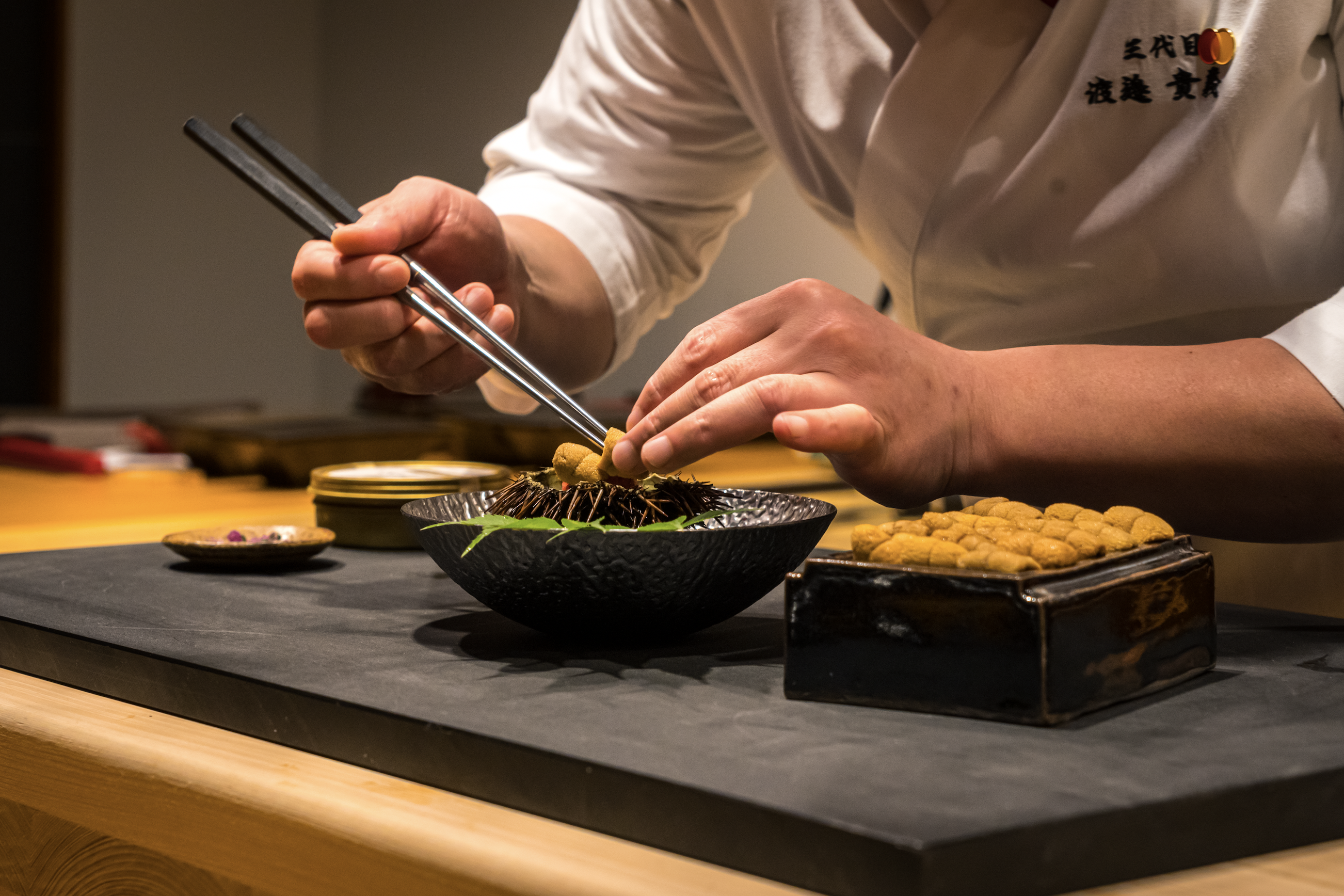 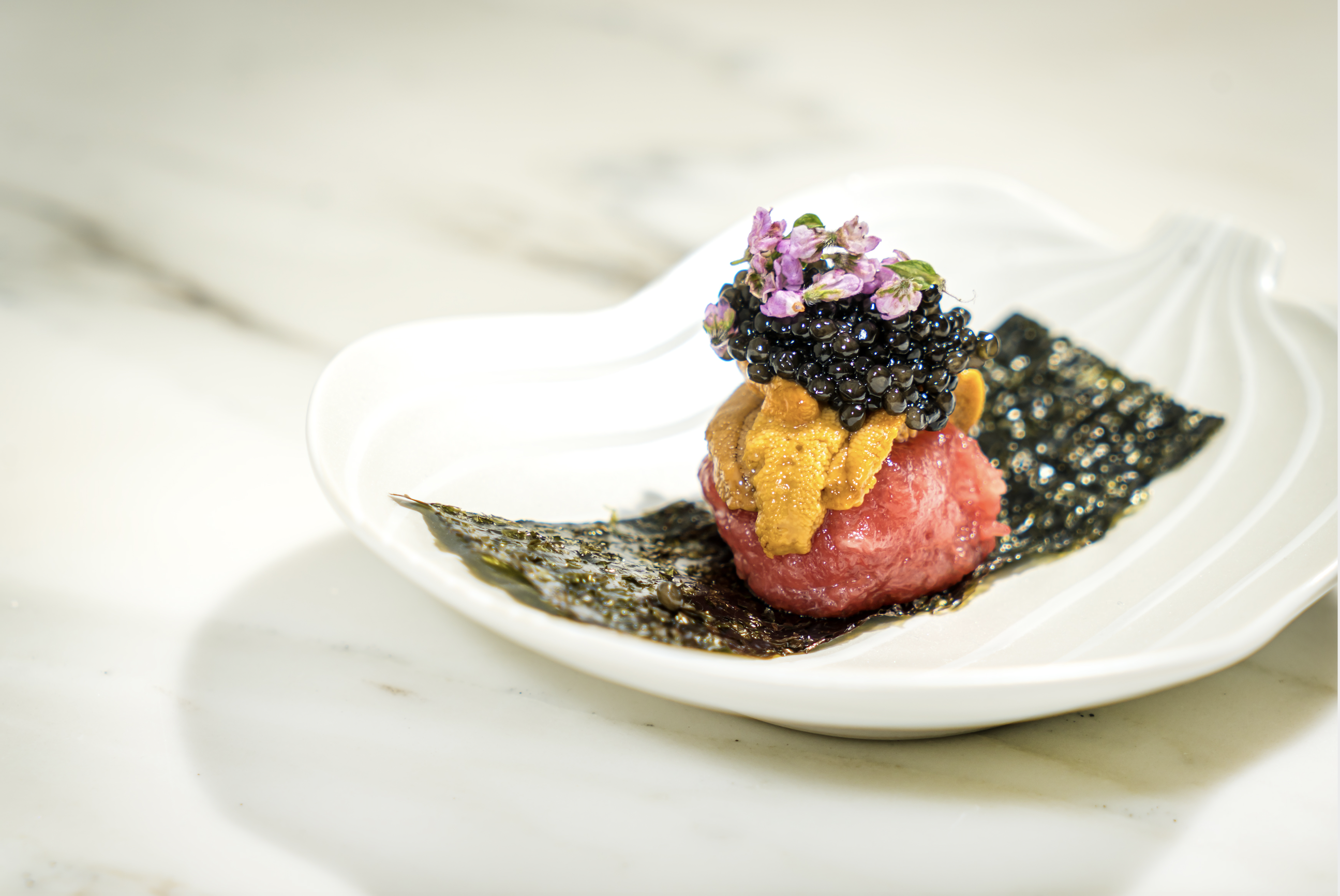 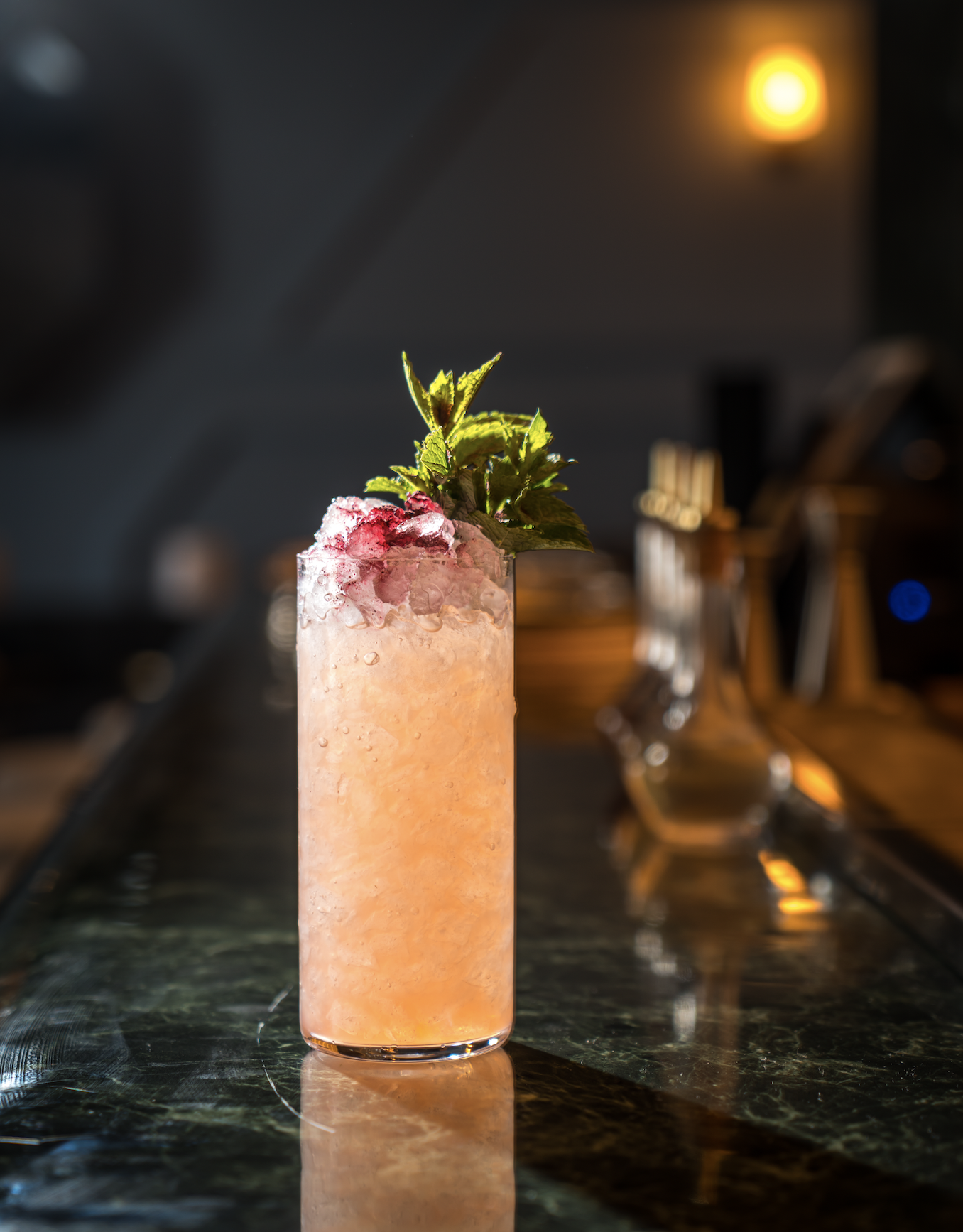 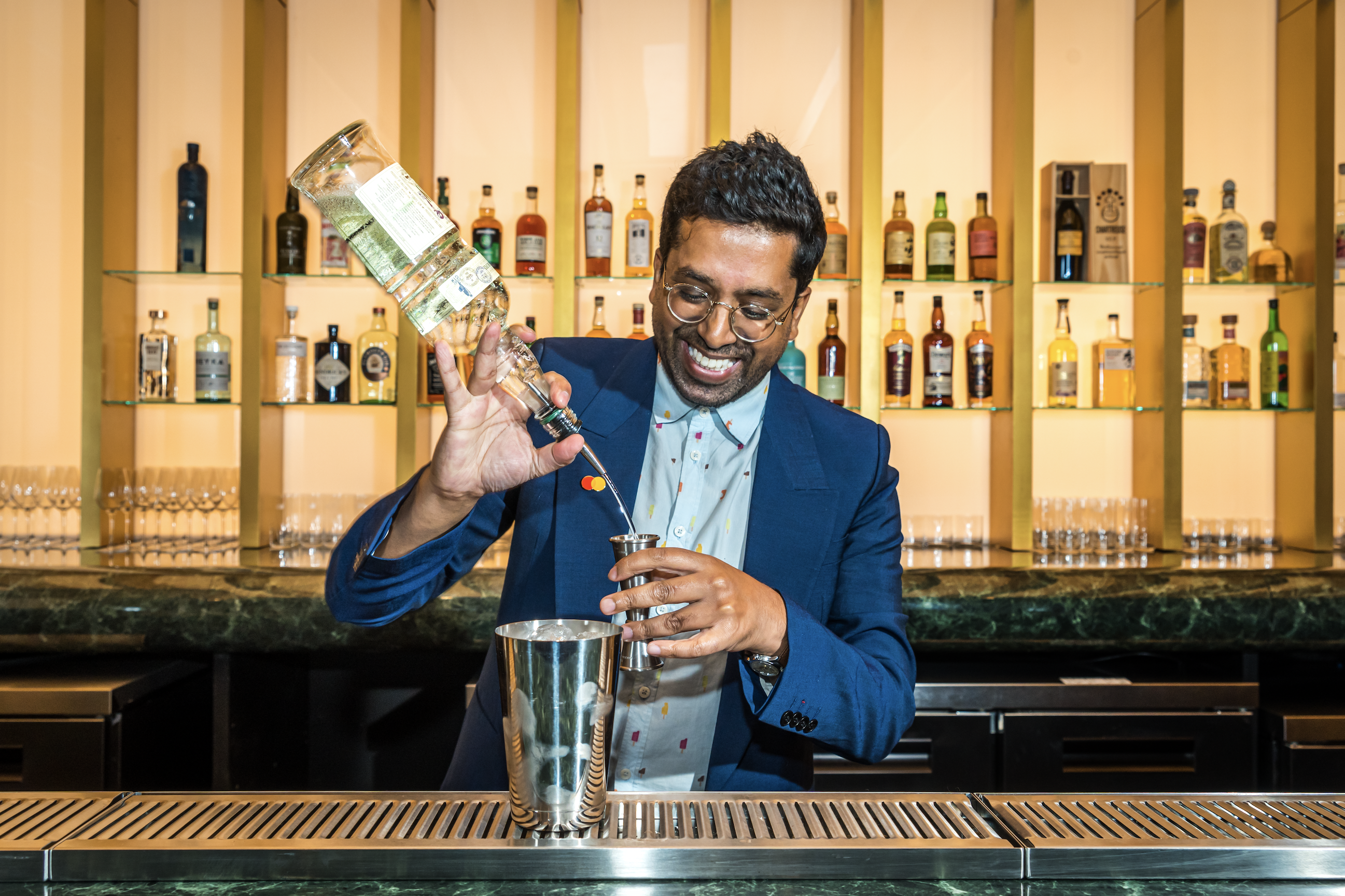 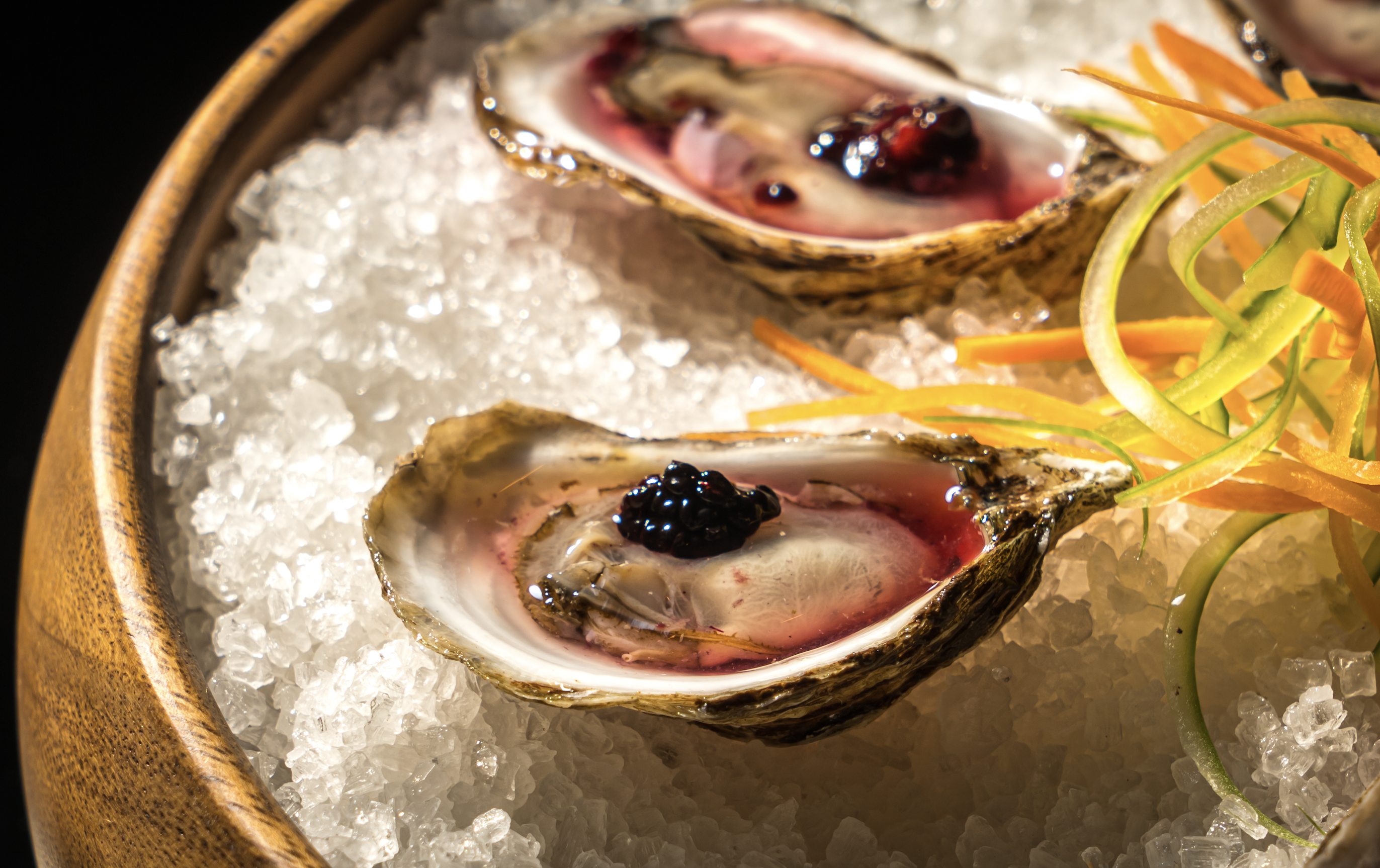 The fine arts of gastronomy and mixology—not to mention lighting, sound and interior design—are all on display at PRICELESS – An International Culinary Collective. Created by Mastercard in partnership with creative branding agency Spring Studios, the multisensory, immersive venue hosts a rotating roster of world-renowned dining establishments from around the globe. With impeccable attention to even the most minute detail, the eateries are reconstructed on the fifth floor of Spring Studios—home of New York Fashion Week—in the Lower Manhattan neighborhood of Tribeca. Brick by brick, boardwalk slat by boardwalk slat, from rugs to ceiling fans to the sights and sounds of nature, the original locations literally pop up with their ambiance intact, their famous chefs in the kitchens and beverage directors overseeing the bars. “With PRICELESS, we are reinventing experiential dining to create a feast for all your senses by completely immersing you in the environment of these world-renowned locales,” says Raja Rajamannar, chief marketing and communications officer of Mastercard. First to take up residence at PRICELESS are The Rock from Zanzibar, Tanzania; Terazushi from Kitakyushu, Japan; and Lyaness from London, England. On the rooftop, James Beard Award-winning Chef JJ Johnson is permanently ensconced at Global Market, where his cross-cultural selection of small plates defies national borders. “Food is a universal language we all understand, serving as the underpinning for bringing people and communities together,” he explains. The preferred method of payment at PRICELESS is Mastercard (but cash is also accepted). All other credit cards can be left at home. 6 St. Johns Lane, New York, NY, 212.257.5615, restaurant.mastercard.com

Accessible by foot at low tide and by wooden boat when the water rises, The Rock is revered not only for its African cuisine with an Italian twist, but also for its spectacular setting—on a rock a short distance from the shore of Zanzibar. The restaurant’s New York City incarnation includes a palm tree roof and sandy walkway; a video of the turquoise Indian Ocean, simulating the view outside the real restaurant; a soundtrack of birds swooping and waves hitting the seaweed-strewn beach; and the scents of salt air, moss and beechwood. Donning traditional Tanzanian attire, servers present a six-course tasting menu ($135) including Swahili carpaccio of kingfish with beet root, coconut milk-lime dressing and pili-pili; potato gnocchi with Zanzibar vanilla butter, kungu manga and potato leaves; and a medley of grilled seafood—spiny lobster, lobster claw, jumbo prawn, octopus, calamari and Diver scallops. A selection of South African wines, beers, cocktails and mocktails complete the transporting experience.

Sushi genius and Instagram phenom Chef Takayoshi Watanabe (aka #sushibae) of Terazushi, in Kitakyushu, Japan, has packed up his custom knives and taken them, along with his entire kitchen team, to a 12-seat sushi counter at PRICELESS. Wearing his signature bow tie and weilding a formidable 27.5-inch curved blade, Chef Watanabe-san turns slicing raw fish into performance art, giving diners front-row seats to the precise preparation and plating of each morsel on a 15-course omakase menu ($395). Buttery blobs of red uni on maguro tartare are topped off with Osetra caviar and sprinkled with shiso flowers. Abalone is steamed in sake and served with kimo sauce. Meticulously cut pieces of nigiri sushi include kombu-infused Spanish mackerel, Japanese sardine, black-throated perch and vinegared gizzard shad.

From the grain in the green marble curved bar to the view of the River Thames projected onto the windows, Lyaness at PRICELESS is a doppelganger of the original, award-winning bar in Sea Containers, London’s luxury South Bank hotel. “When I first walked in, it was a surreal experience,” marvels Chef Ryan (“Mr. Lyan”) Chetiyawardana, who has come to New York City to mix experimental cocktails with the same rare ingredients—such as koji, purple pineapple and milk wine—that brought him fame across the pond. Intricately crafted libations include Jade Cobbler (ONYX, green mint, burnt honey, peach, lime), a concoction described on the menu as “green, layered and easy drinking”; and Prelude (Grey Goose, purple pineapple, grass, Æcorn dry aperitif, lactic soda), described as “herbal, aromatic and rich.” To accompany these magic potions, elevated bar bites include Wagyu beef hotdogs, giardiniera tempura with ponzu and whipped avocado, and oysters on the half shell in blackberry-agave mignonette.

SWANK Santa Barbara has since become one of Santa Barbara’s most sought-after event planning companies known for style, vision and expertise.

The Map of Life

A collection of Portraits and Wise Words.