Paula Crown is in her zone. 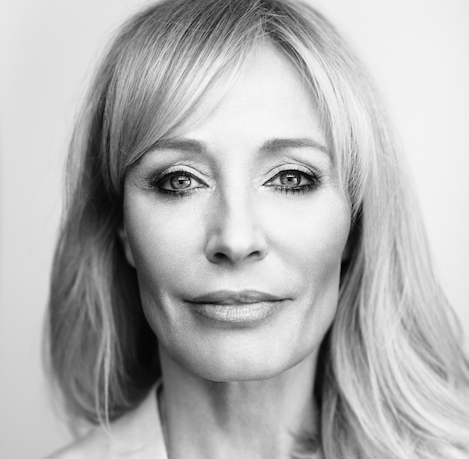 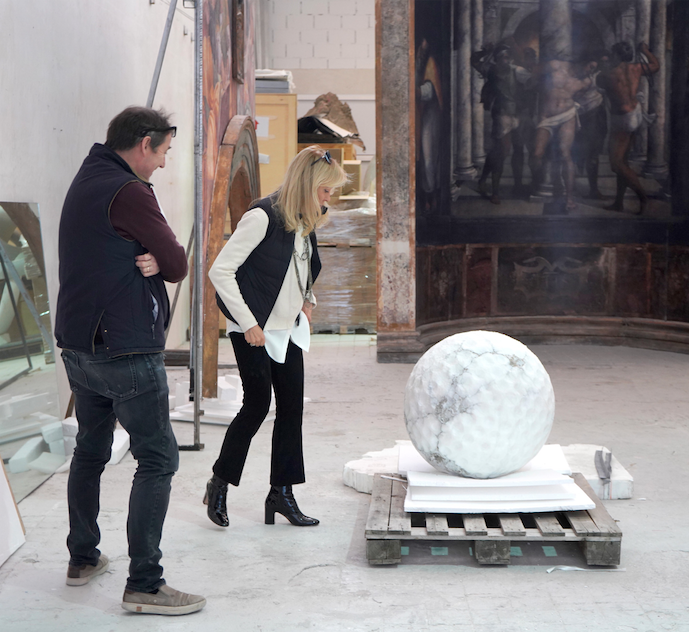 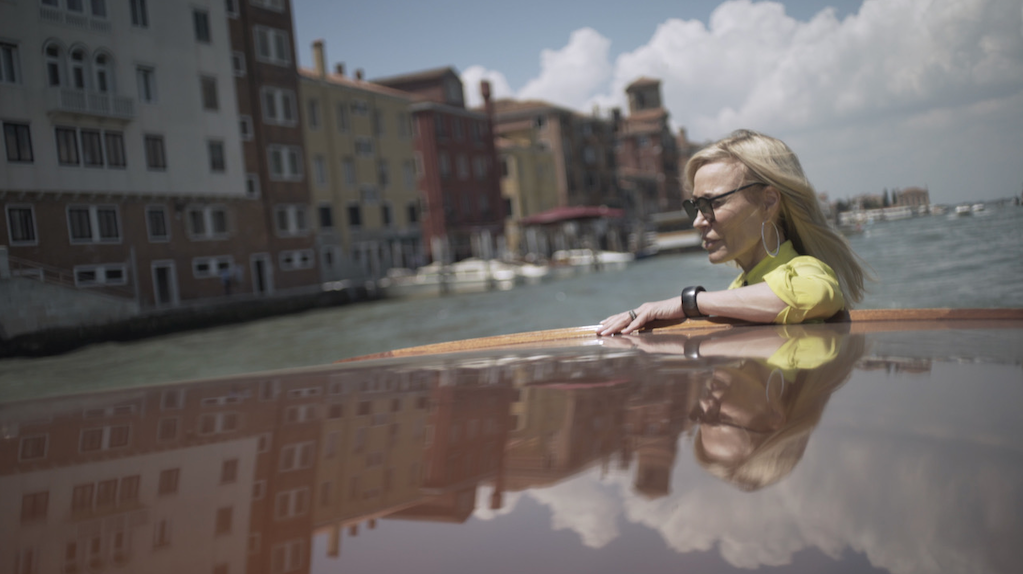 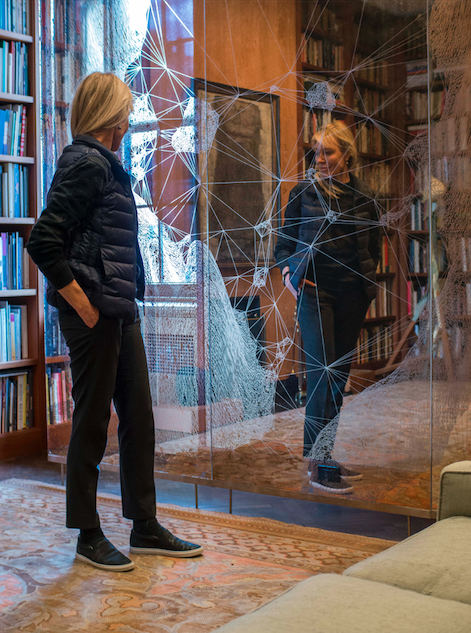 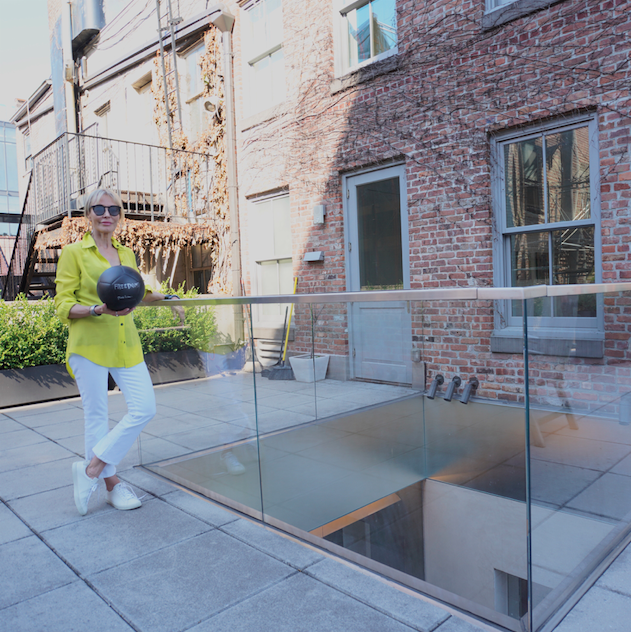 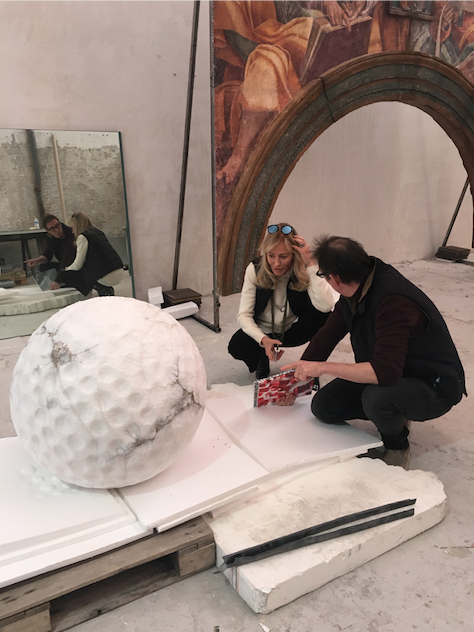 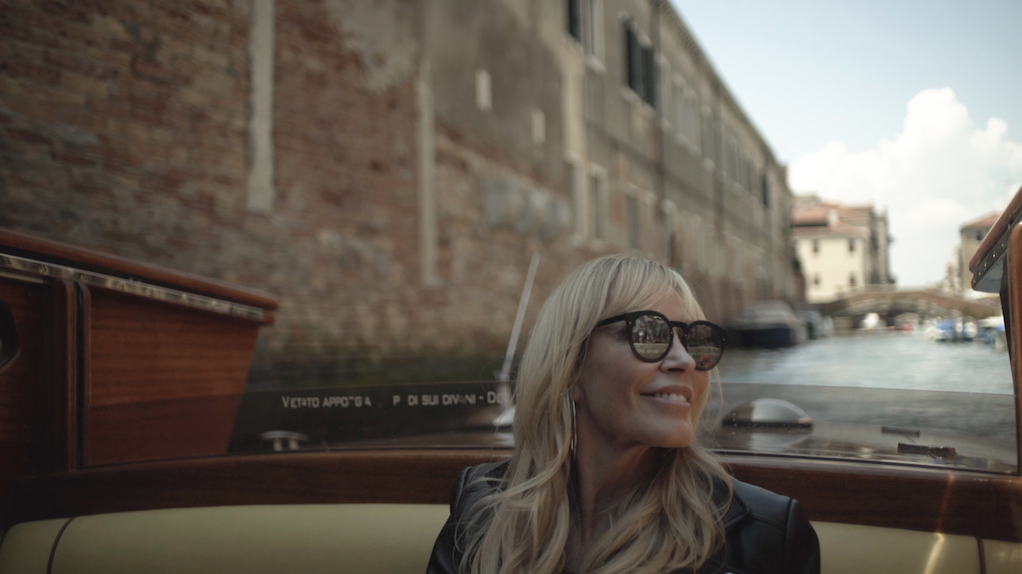 Multimedia artist Paula Crown—who draws, paints, sculpts and shoots video—has multiple sources of  inspiration, from fashion and poetry to environmentalism and philanthropy. However, she’s most moved by “smart people who drop knowledge and make the world more expansive,” she declares, pointing to abstract artists, such as Joan Mitchell, Agnes Martin and Elaine de Kooning, as prime examples. “It’s important to do things that express your true being,” she says. “Creativity is the essence of humanity.”

What defines Crown? Her  life  experiences with people, places and objects, and her desire to make her voice heard. Perhaps she is best known for a site-specific, immersive public installation, “TRANSPOSITION: Over Many Miles,” which was on view in the Miami Design District from 2014 to 2016, and was her favorite project to date. “This large sculpture became the backdrop for performances by the New World Symphony and the Alma Dance Company, among others,” she says. “The work created a platform for the creative expression of others.”

Another noteworthy project arose after Election Day, 2016. Dubbed “Mourning in America,” it is a series of works made by burning encaustic on wood. She was drawn to the material, she says, because it allowed her to express her feelings over the election’s outcome. “I could not find the words that morning. Making art provided a means of communication,” she explains.

Currently installed at the base of Aspen Mountain, Crown’s  “JOKESTER” is a 10-foot-tall red SOLO Cup, a piece based on her first solo show, entitled SOLO TOGETHER, at 10 Hanover gallery in London. Both the installation and the exhibition are statements on the social and cultural complexities behind the ubiquitous icon. “It’s a comment on the single-use plastics movement,” Crown says. “It begs the question, ‘Who is going to clean all of this up?’”

Future projects include billboard-based public art projects with the artist-run super-PAC For Freedoms, and another large-scale installation in Miami’s Design District during Art Basel Miami Beach.

As for her personal style, the stylishly slim blonde says, “I’m 5 foot, 7 inches and I like a look that is more tailored. I like the Katharine Hepburn vibe with suits and men’s styling. It’s what works for me. I recently bought a pair of men’s Louis Vuitton sneakers. I like Dior for being the original architect of the [bar suit] and defining how a woman can look in space. Balenciaga has some great things that are a little off-piste, and Tom Ford hits all the right notes. My sense of style is about showing layers of information that has shaped me.”

Her love of designers goes beyond her closet to her art studio in Chicago, which was designed by renowned architect Jeanne Gang. In addition, “Holly Hunt is a trailblazer. I’ve done some collaborations with her on some furniture and textiles,” Crown says. “David Easton is a friend of mine from New York, and he designed my current apartment. Luis Bustamante, an architectural and interior designer from Madrid, caught my eye for his use of white and contrast. Every room he designs has a bookcase, and I can relate to that sentiment because the center of my art studio had to be a library because my work is about ideas and the knowledge bank that we have as humans.” Currently, she is working on projects with Thierry Despont and Alexandra Champalimaud in New York.

At one time, Crown served as vice president of real estate finance at Salomon Brothers in New York, but she can trace her interest in art, and the defining moments that led her to pursue art as a career, back to childhood. “I came across a quote that said, ‘What did you do before you knew anyone was looking?’ and I realized that I have always been a maker, even as a child,” she says, recalling that she once used the needle from her parents’ record player to creatively mark up a Beethoven album, and crafted projects out of pages ripped from the Encyclopedia Britannica. Crown studied business and art at Duke University, and when her four children were older, she took a painting and drawing seminar at Anderson Ranch in Aspen (where she now lives part time). “After the seminar, I thought, ‘Why am I not making art?’”  After earning a Master of Fine Arts degree from the School of the Art Institute of Chicago in 2012, she officially opened her own studio in 2014.

Crown continues to be passionate about education, environmentalism and philanthropy. She and her husband James have donated to the University of Chicago in order to establish a professorship in molecular engineering dedicated to finding solutions to the global crisis surrounding the shortage of clean, safe drinking water. She is on the board of trustees for the Museum of Modern Art in New York, where she chairs the Education Committee, and she serves on the Aspen Institute Committee of the Arts.

“I look forward to continuing on a path of prioritizing what’s impactful in life and learning what that is,” Crown says. “I’m heartened by what’s happening in the studio and the extensive conversations that it is sparking.” paulacrown.com

Inko Nito heats up West Third with its second outpost in the City of Angels.