Produced in Angers, France, for 170 years, the luscious orange liqueur is now in the hands of its founder’s great-great-grandson. 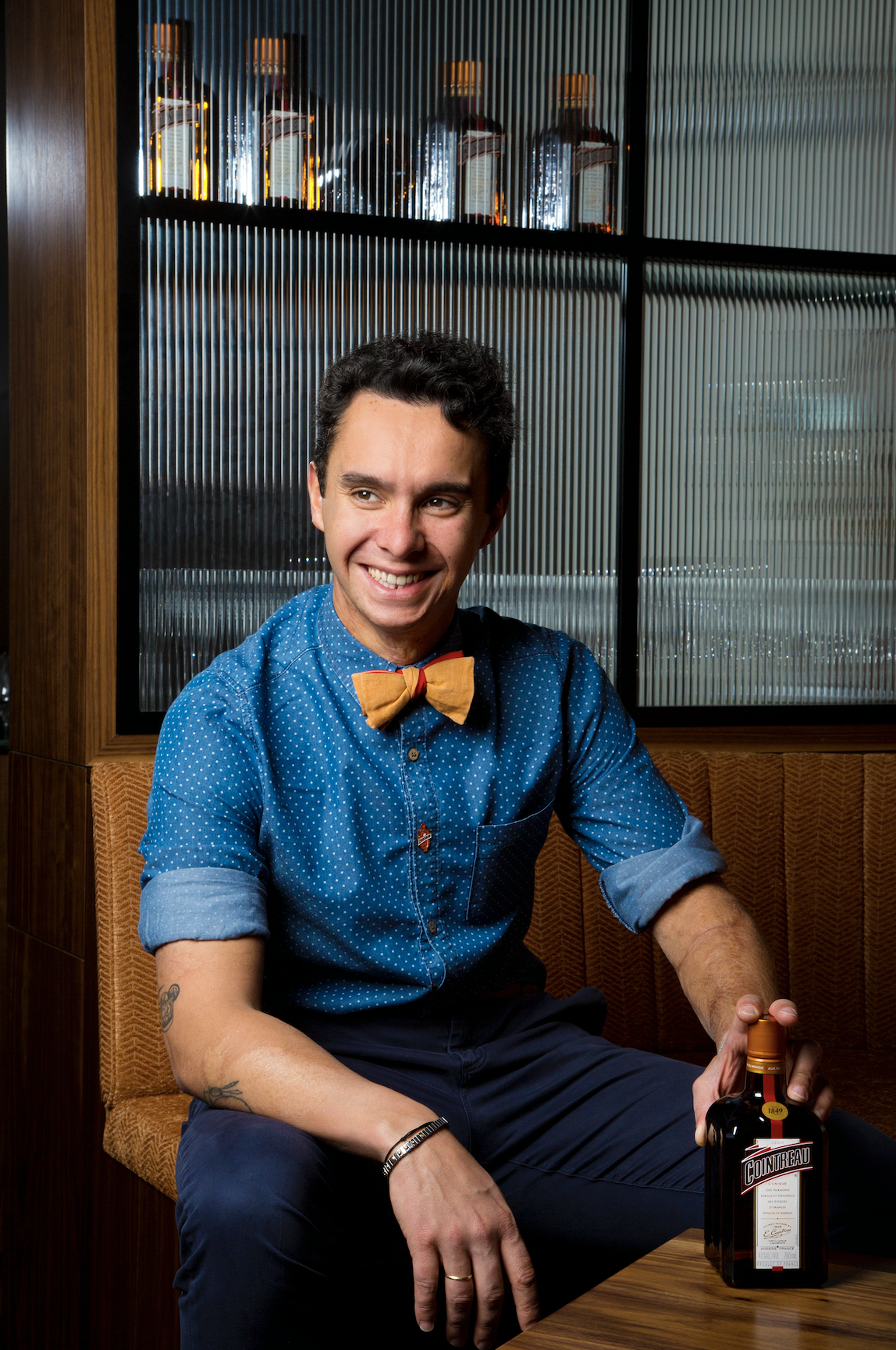 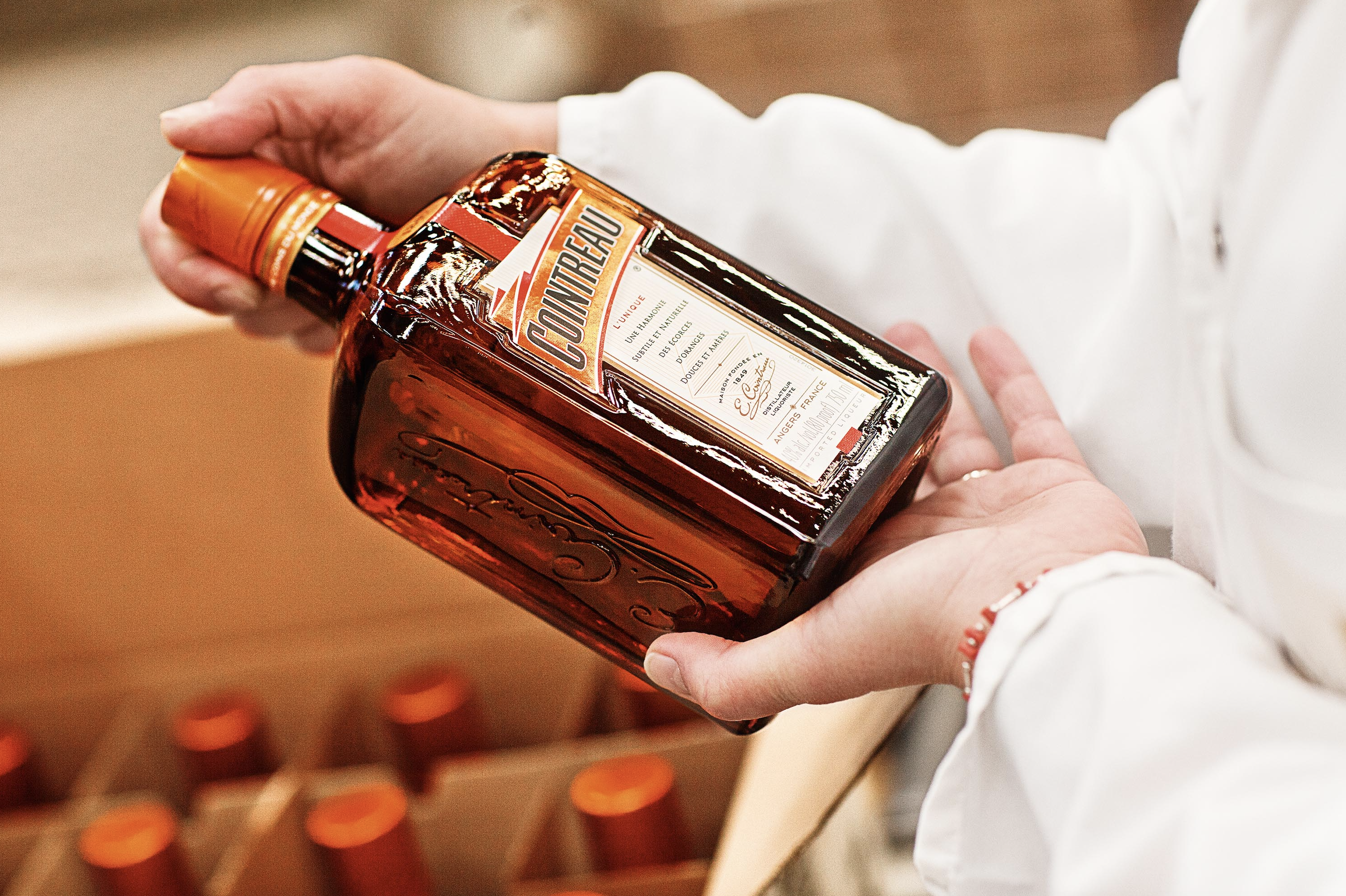 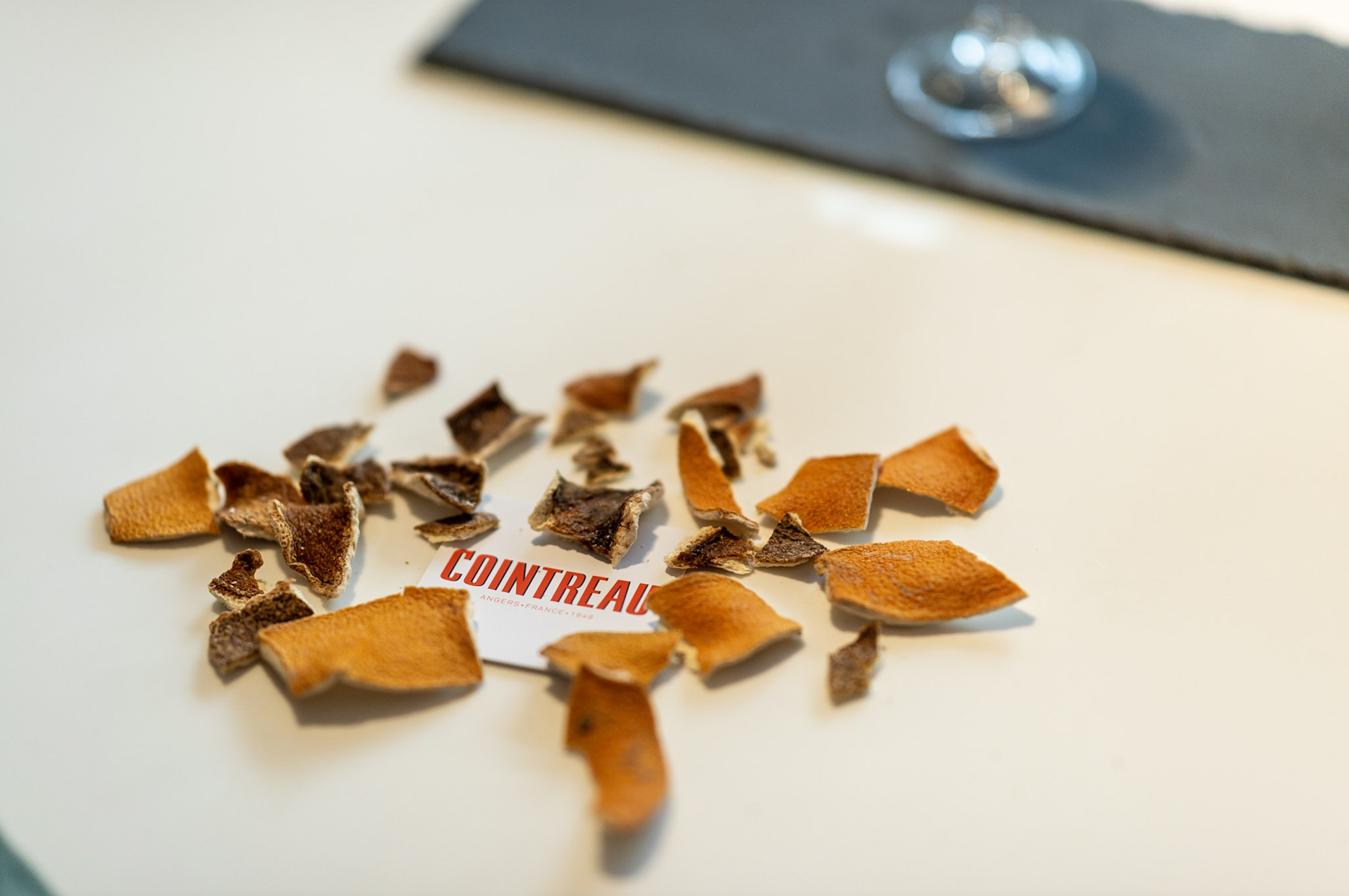 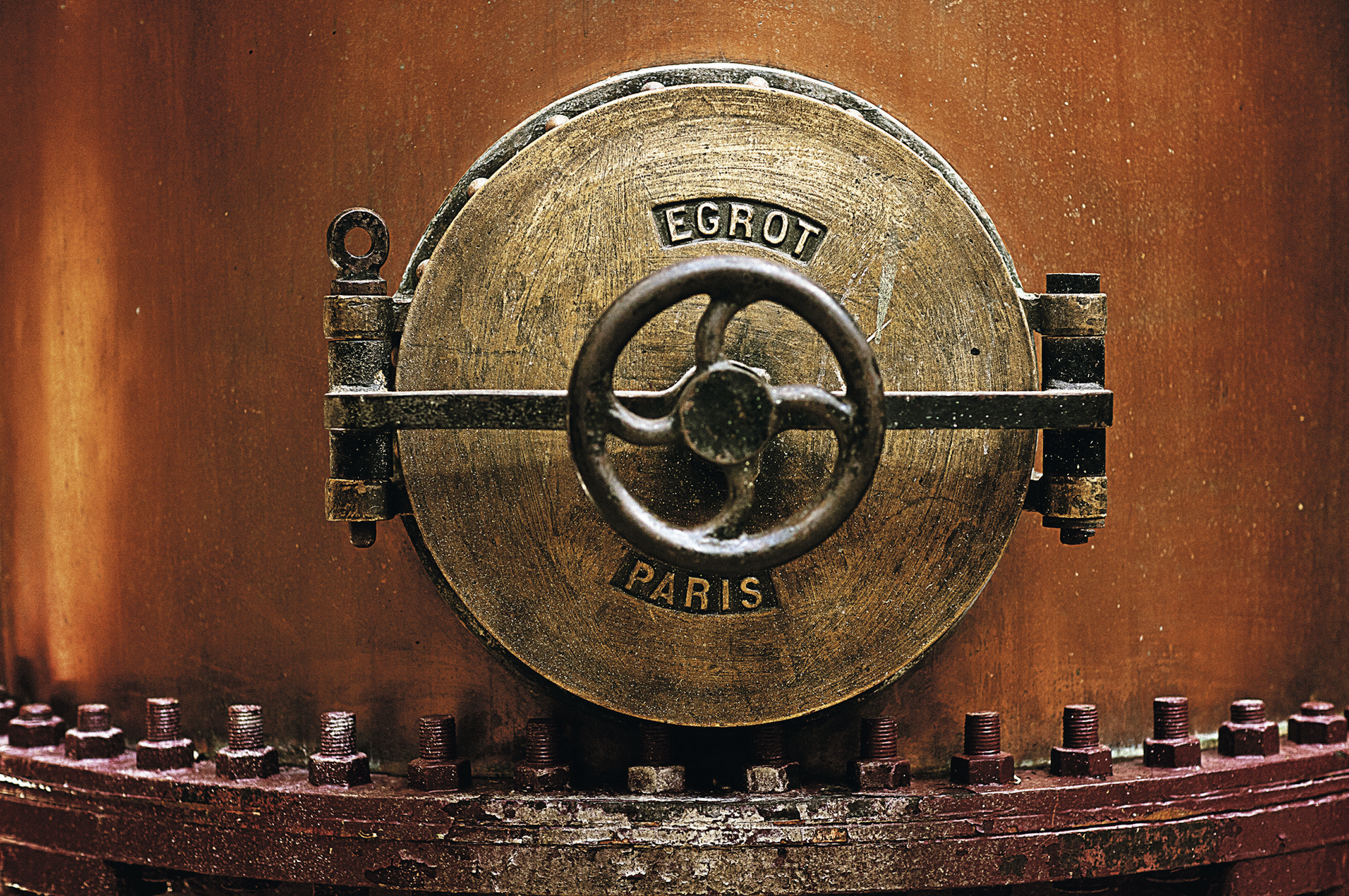 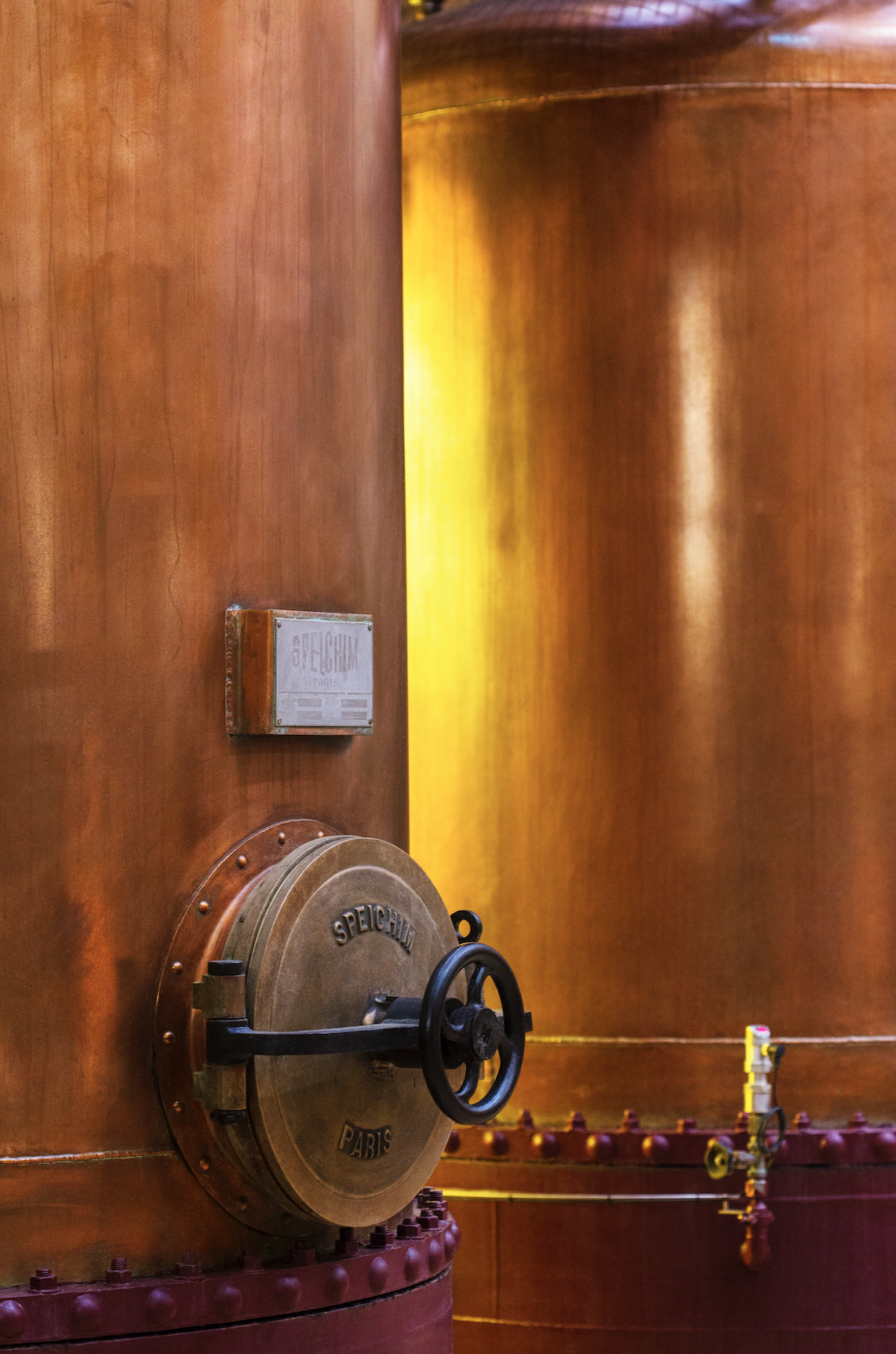 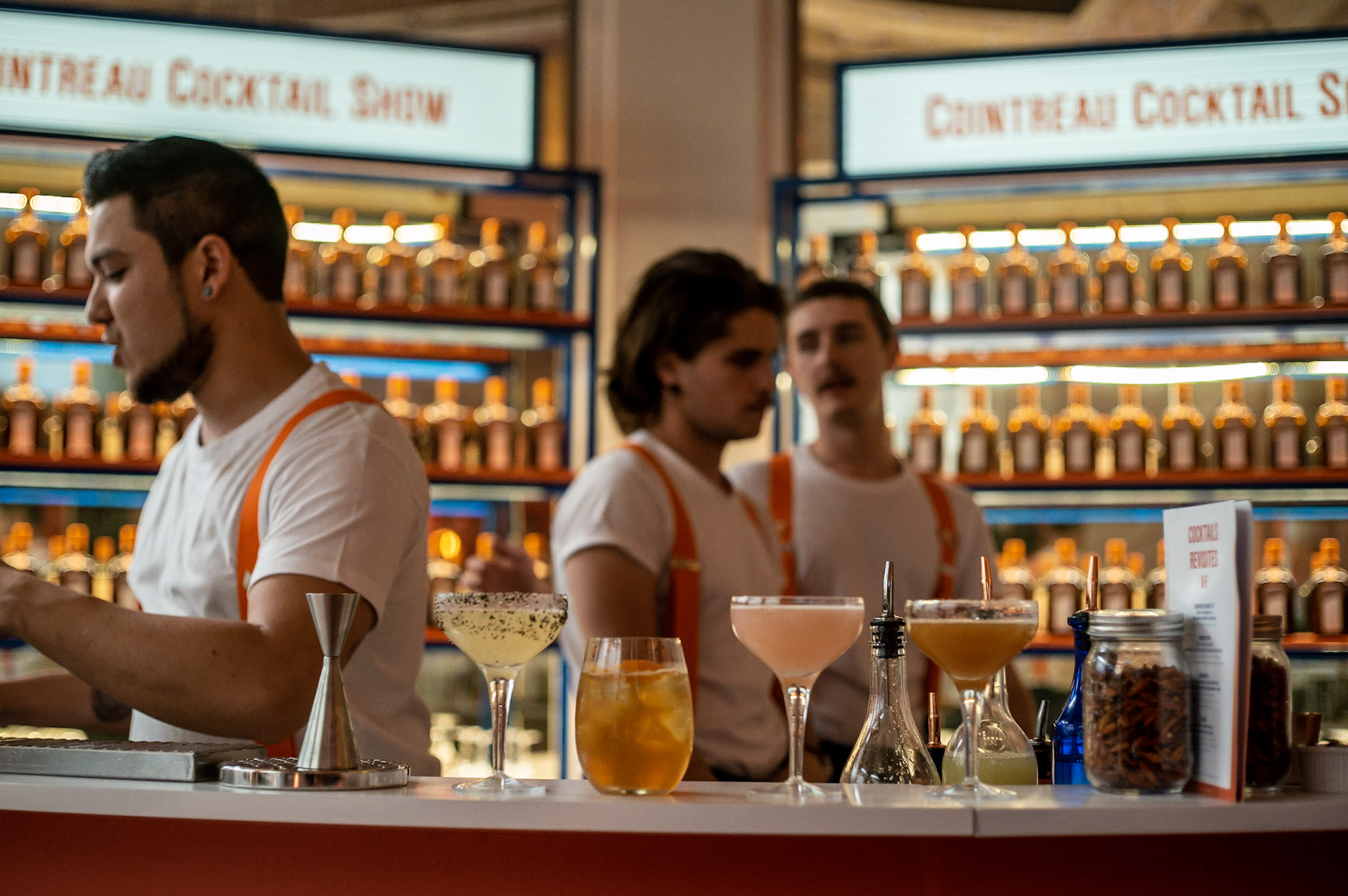 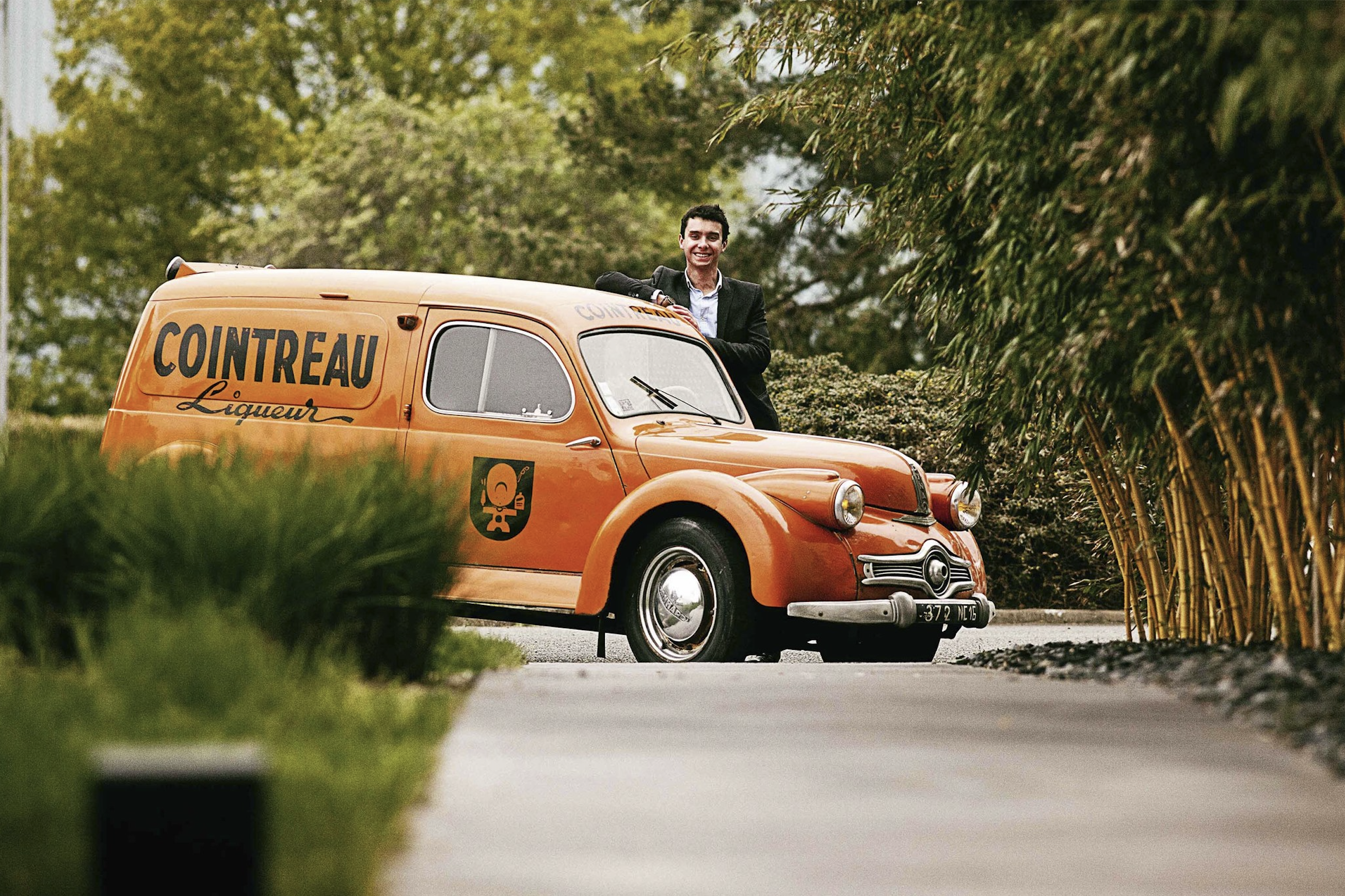 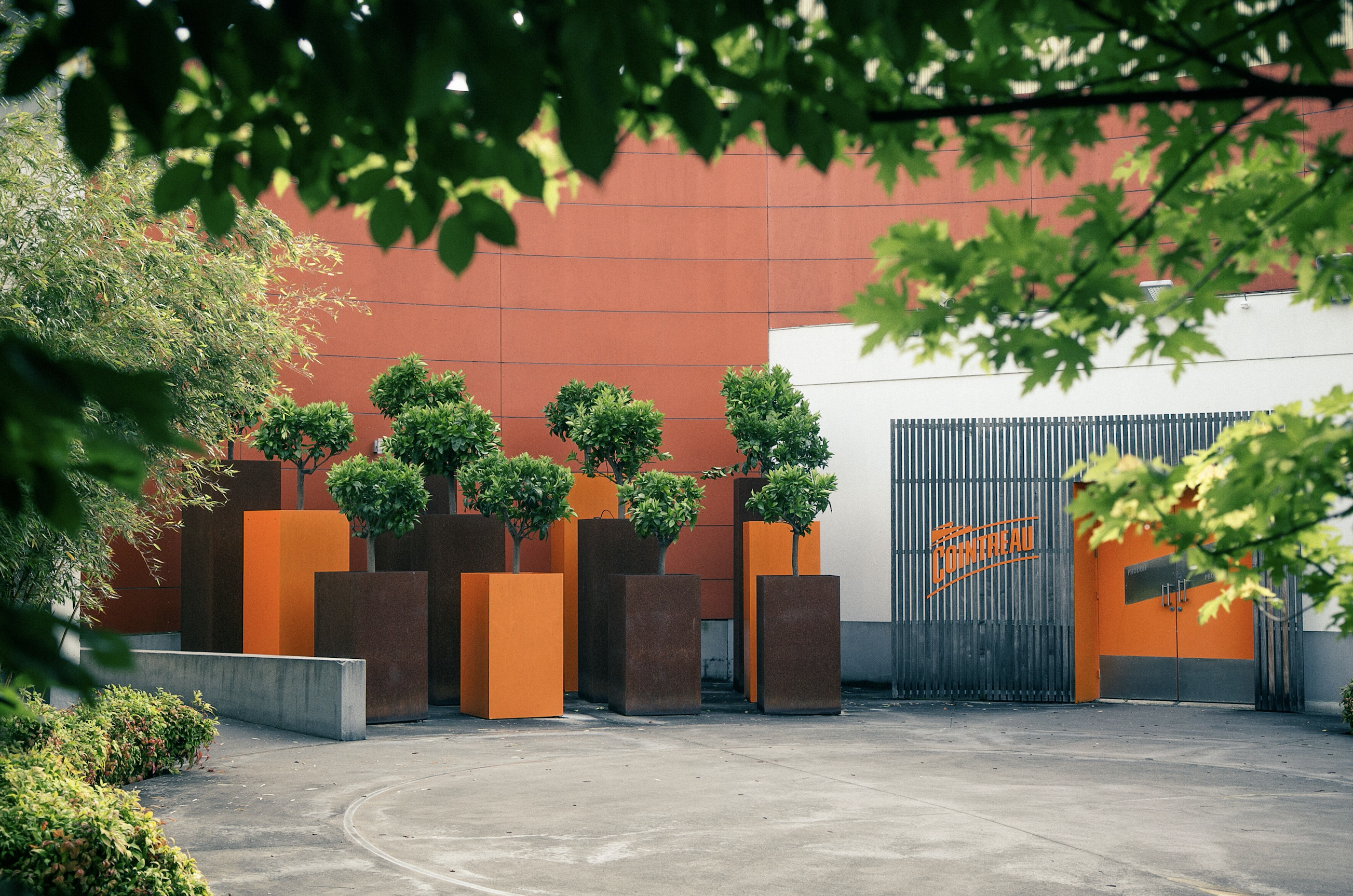 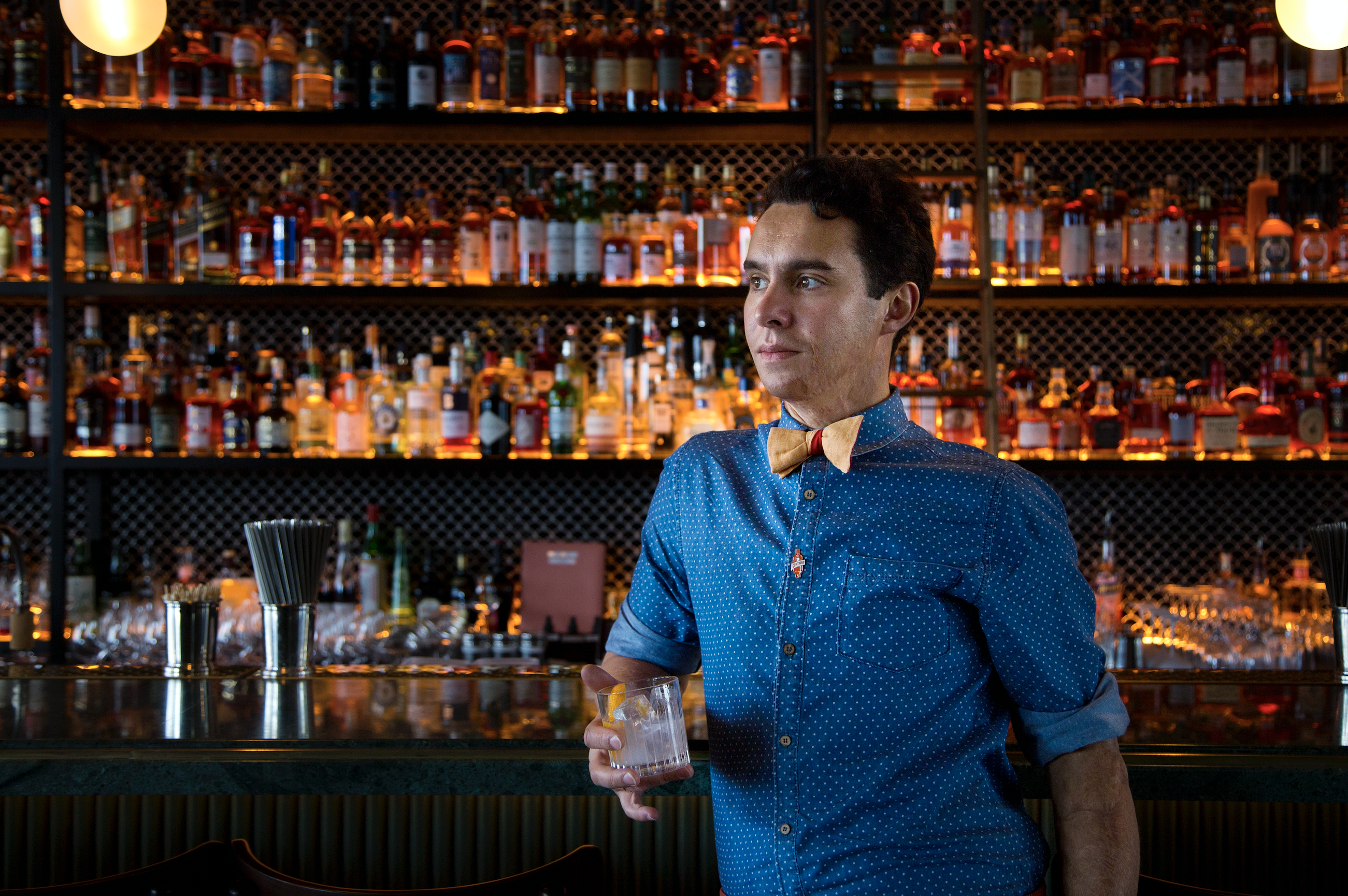 When you think of the Loire Valley, wine springs to mind. After all, the so-called Garden of France is the country’s third largest wine producer. However, here in Angers, France, a medieval riverfront city in the Loire, liqueur is king. To be specific, Cointreau.

The distinctive orange liqueur—made with bitter and sweet orange peels from places as far flung as Brazil and Africa—is a core ingredient in more than 350 classic cocktail recipes. Without Cointreau, some of the world’s most iconic drinks wouldn’t exist. No cosmopolitan. No sidecar. No white lady. No (say it isn’t so!) margarita.

The brand began in 1849 at the height of France’s belle epoque, as a family-run business started by brothers Edouard-Jean and Adolphe Cointreau. Former confectioners, the brothers made their name creating a cherry-flavored liqueur called guignolet, which enjoyed tremendous popularity. It would be more than 30 years, however, before the orange liqueur synonymous with the name Cointreau was born.

When Edouard-Jean’s son Edouard joined the family business in 1875, he retooled the company’s focus, pivoting toward the then trendy orange fruit and creating his own recipe: a perfectly balanced crystalline blend of bitter and sweet orange peel-infused liqueur that became the iconic Cointreau. While it was originally known as triple sec, the brand has distanced itself from the name over the years, instead focusing on the originality of the Cointreau product.

“Everybody in Angers knows Cointreau,” says Cointreau, heritage manager and great-great-grandson of Edouard. “Everybody has a relative or a friend who works at the distillery—it’s in the culture of the city, in the landscape, and people are proud of that. But when you travel, you can go in Vietnam, you can go into the middle of nowhere, and if you have a bar, wow—you can find a bottle of Cointreau.”

In fact, though Cointreau now produces more than 14 million bottles yearly, sending them to every corner of the globe—“Aux Quatre Coins Du Monde” is written on the bottle—each bottle is still distilled in one spot: at home in Angers, where it began.

When workshopping his vision for the family brand at the turn of the 20th century, Edouard Cointreau believed advertising would be critical to the future of the spirits industry. He commissioned a series of visually striking posters from renowned artists like Henri Gustave Jossot and Charles Loupot to market Cointreau around the world; the resulting images are on display at the museum in the Cointreau headquarters.

Inside the Instagram-perfect locale—complete with an orange cocktail truck at the entrance, petanque courts and, naturally, orange walls—visitors will find the instantly recognizable belle epoque posters, as well as Cointreau’s first commercial ad, a film produced in 1899 by the world’s first filmmakers, the Lumière brothers.

Guests curious about the behind-the-scenes workings can also tour the distillery itself, where more than 14 million bottles of Cointreau are produced each year, distilled in 19 vast red copper tanks inside a room that smells faintly of orange peel and sugar. (You might also be lucky enough to catch a glimpse of Carole Quinton, Cointreau’s master distiller and official “nose,” as she quality-controls.)

After touring the museum, distillery and bottling room, the proverbial pot of gold awaits: the tasting room, stacked with bottle upon bottle of Cointreau, bien sûr, ready to be enjoyed.

Created by Toby Cecchini in 1988 at The Odeon in New York City’s Tribeca, the cosmopolitan is one of the world’s most iconic drinks. Made with Cointreau, Cecchini created an updated version of the cosmo for the Cointreau Cocktail Show in Paris in June 2019. Here’s the insider recipe:

Toby’s Cosmo With a Twist recipe:

Shake, double-strain up into chilled coupe, no garnish.

Dishing with the Cointreau Scion

Sixth-generation family member and Cointreau brand heritage manager Alfred Cointreau talks about his favorite drinking spots, the resurgence of craft cocktails in France and why, at 4 years old, his daughter already knows how to shake a cocktail.

What does being a heritage manager entail?

Part of my job is to educate people to mixing cocktails. In France, we make the most beautiful wine in the world, the most beautiful liqueurs, most beautiful Champagne—and French people do not want to mix. For example, a sidecar—with Cointreau, cognac and lemon—you mix Cointreau and cognac, so for a French person it’s, ‘Wow, what are you doing?’ If you taste a royal sidecar, I am sure you will ask for a second one, but when you are comfortable in something, you don’t want to move. It’s one of my hats—to educate the French population about cocktails.

What’s your favorite bar with the best cocktails?

Quinary in Hong Kong. Copperbay in Paris. I really like Mexican culture, and one of my favorite bars in the world is Elemento in Mexico. It’s the type of bar that preserves the Mexican culture, but also they are in the trend of the cocktails.

Do you feel that Cointreau has influenced Angers?

Bah, oui. Two years ago, we asked in the street: What is the company who represents best your region? More than 70 percent of people say Cointreau. It was not a question with choices, it was an open question! People in Angers are really proud of Cointreau, and we are really proud because it’s a family choice to preserve the authenticity and to keep the distillery in the best place.

Do you hope your children will continue into the business?

Alors, I will do as my grandparents and my parents did. I will not put the pressure, but you can…influence the culture. The first one, she’s 4 years old, she already knows how to shake a cocktail; and the second one, she’s 1 year old, and I gave her a soft toy. It’s a shaker.

What do you wish people knew about Cointreau?

Bah, that it is still produced in Angers, I’m really proud of that. Do you know what is an anagram? It’s when you switch the letters. What is the anagram for Cointreau? “It’s a true icon.” Everybody knows the Cointreau bottle, but you now have a different angle to see it. That translates perfectly to what is Cointreau. Cointreau is a true icon.

A treat for oenophiles and foodies, Temecula Valley Southern California Wine Country is gaining recognition and growing in popularity.