Visionary Women, an L.A.-based non-profit organization dedicated to empowering, uniting, and advocating for women and girls, is making major impact locally and globally. 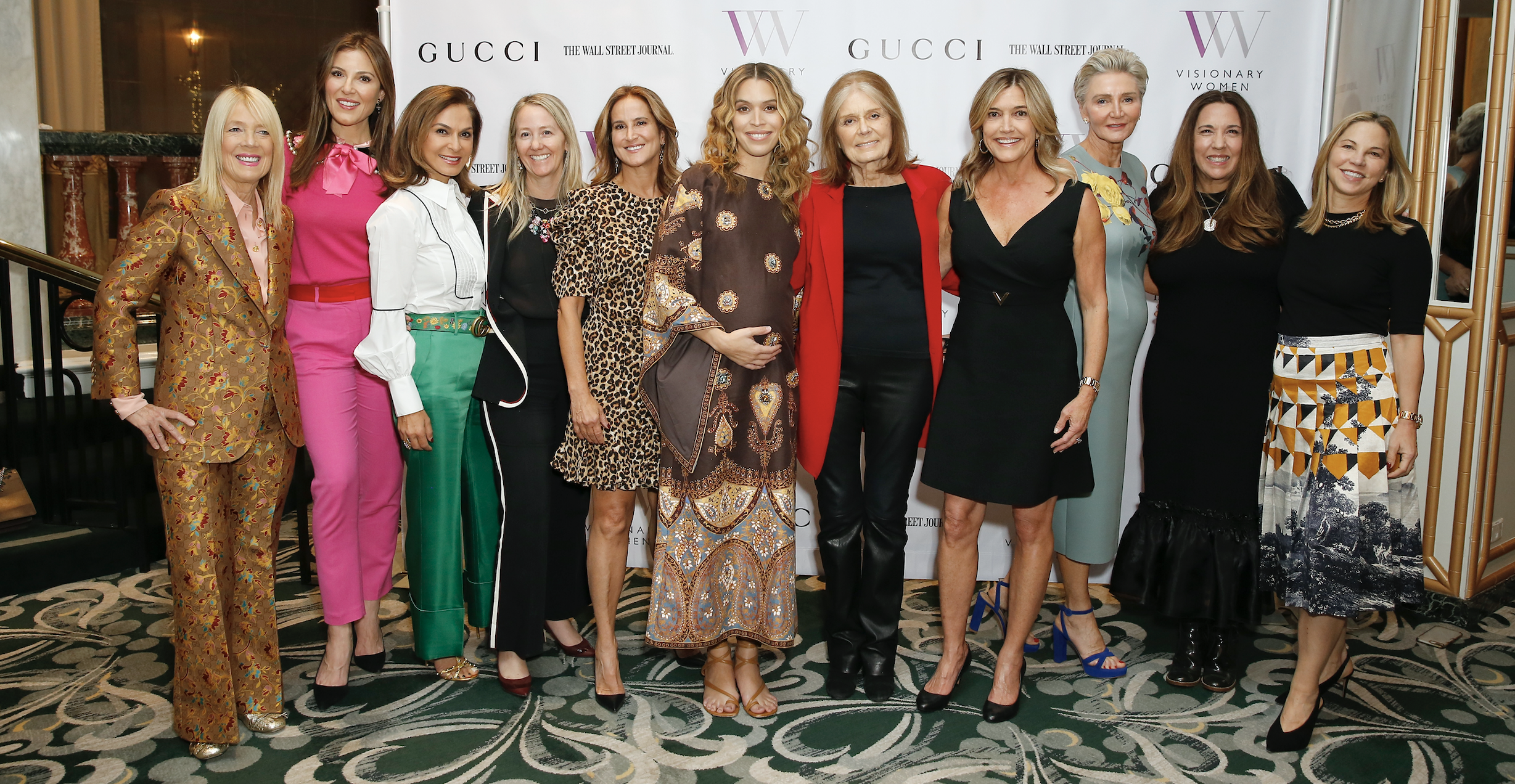 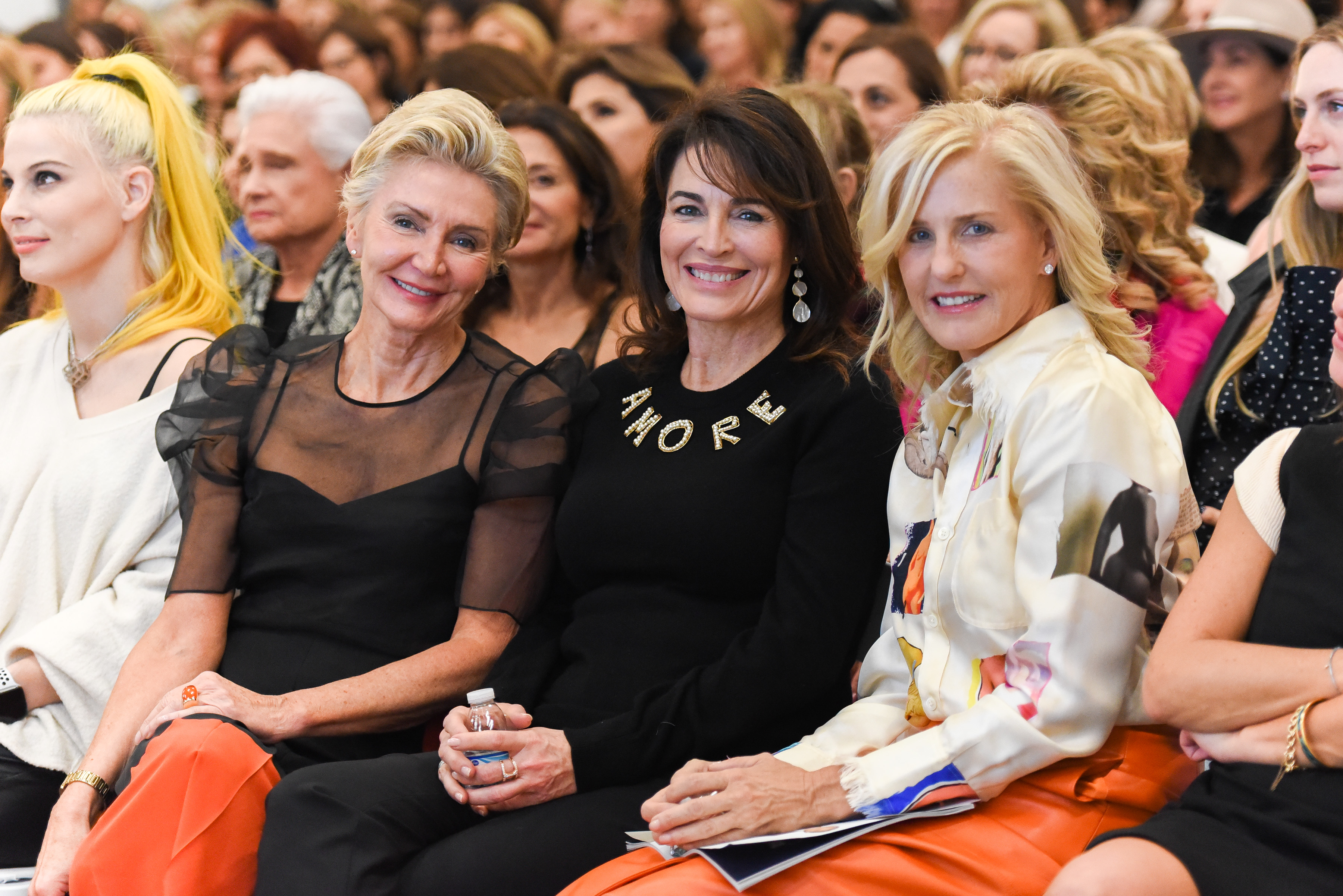 Shelley Reid, Annette Besnilian and Carolyn Powers attend cocktails and conversation with Candace Bushnell: Is The Sex In The City? on October 02, 2019 in Los Angeles, California. (Photo by Presley Ann/Getty Images for Visionary Women) 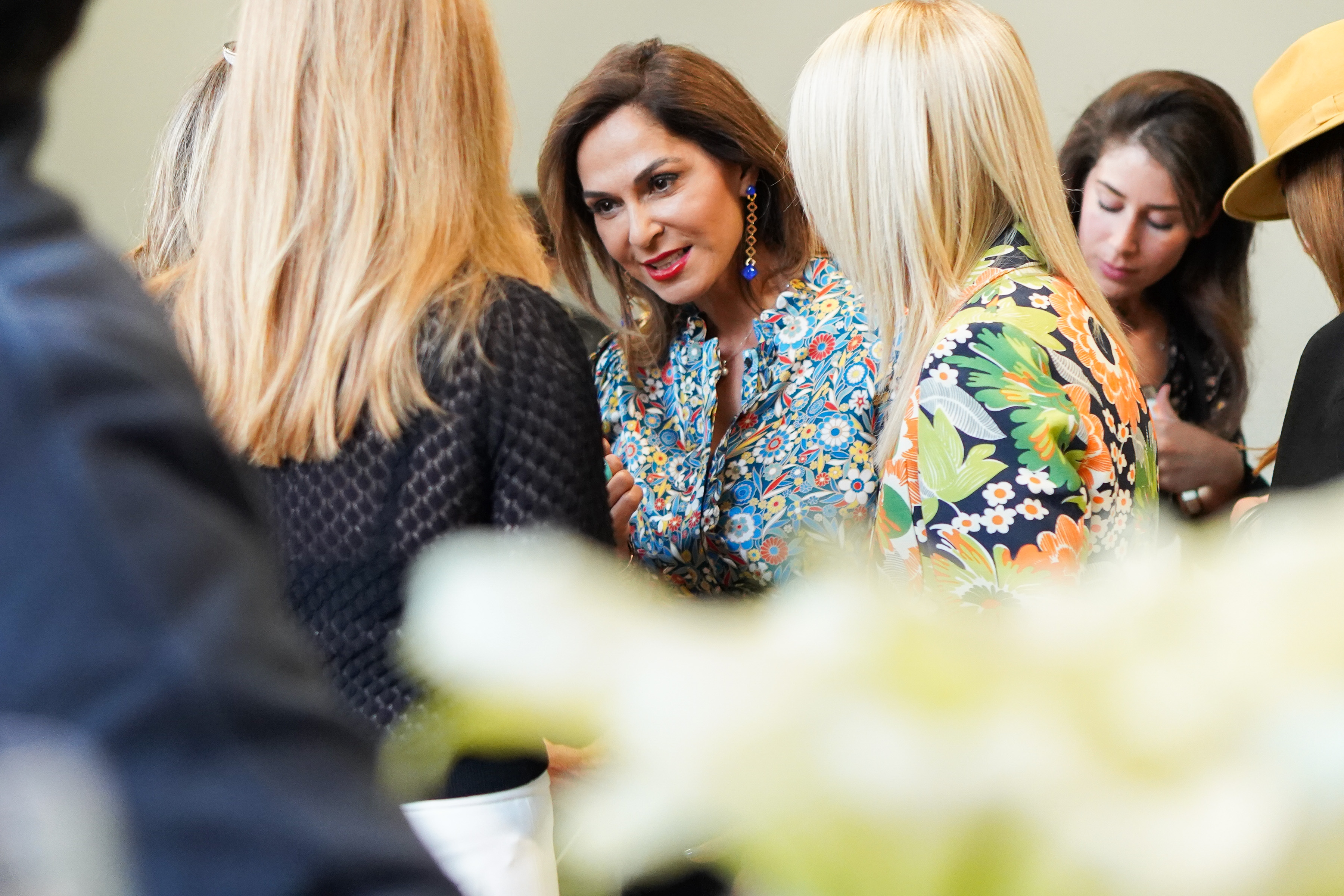 Angella Nazarian and Lili Bosse chat with guests at cocktails and conversation with Candace Bushnell: Is The Sex In The City? on October 02, 2019 in Los Angeles, California. (Photo by Presley Ann/Getty Images for Visionary Women) 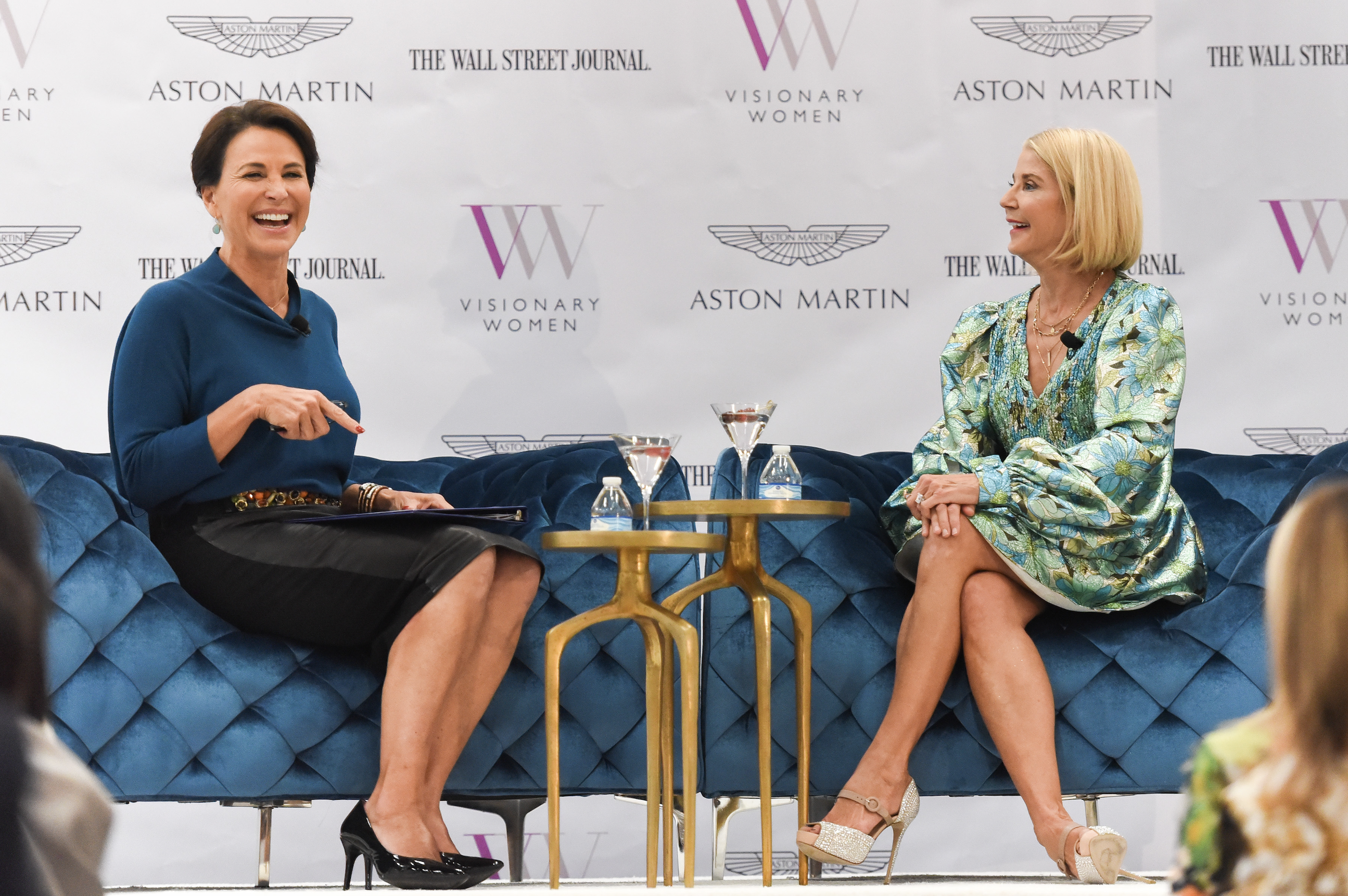 Giselle Fernández and Candace Bushnell attend cocktails and conversation with Candace Bushnell: Is The Sex In The City? on October 02, 2019 in Los Angeles, California. (Photo by Presley Ann/Getty Images for Visionary Women) 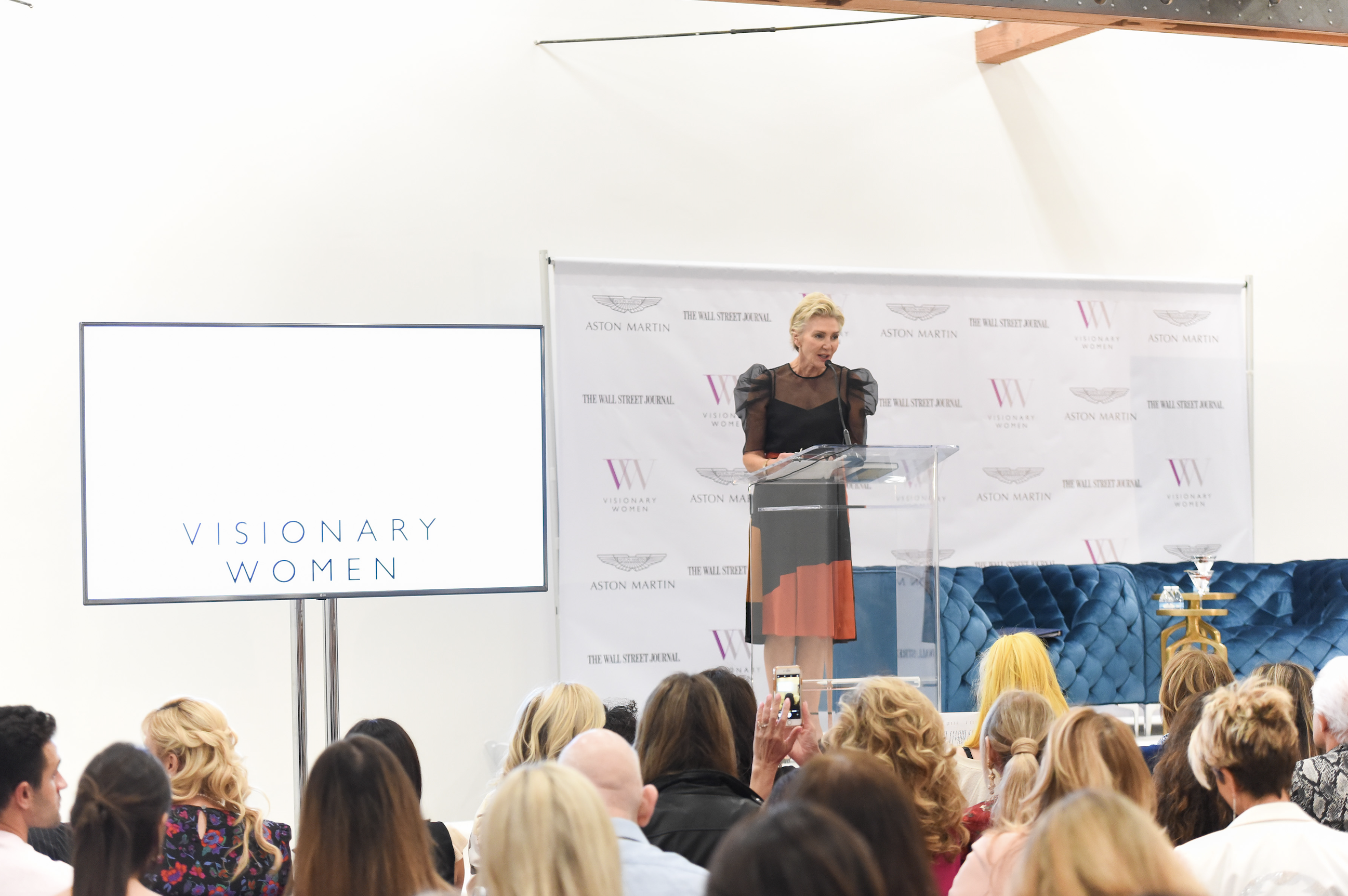 Shelley Reid on stage at the cocktails and conversation with Candace Bushnell: Is The Sex In The City? (Photo by Presley Ann/Getty Images for Visionary Women) 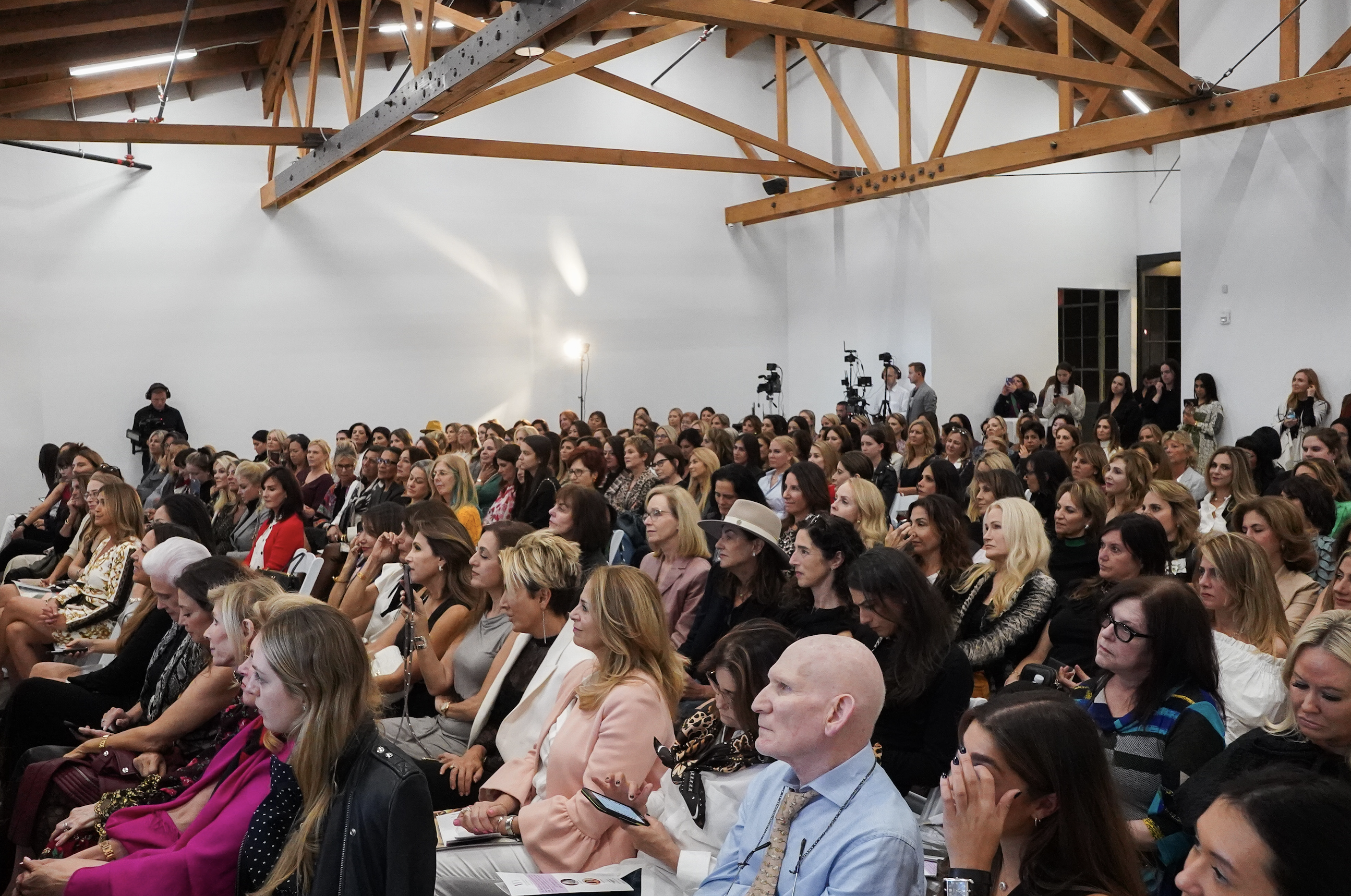 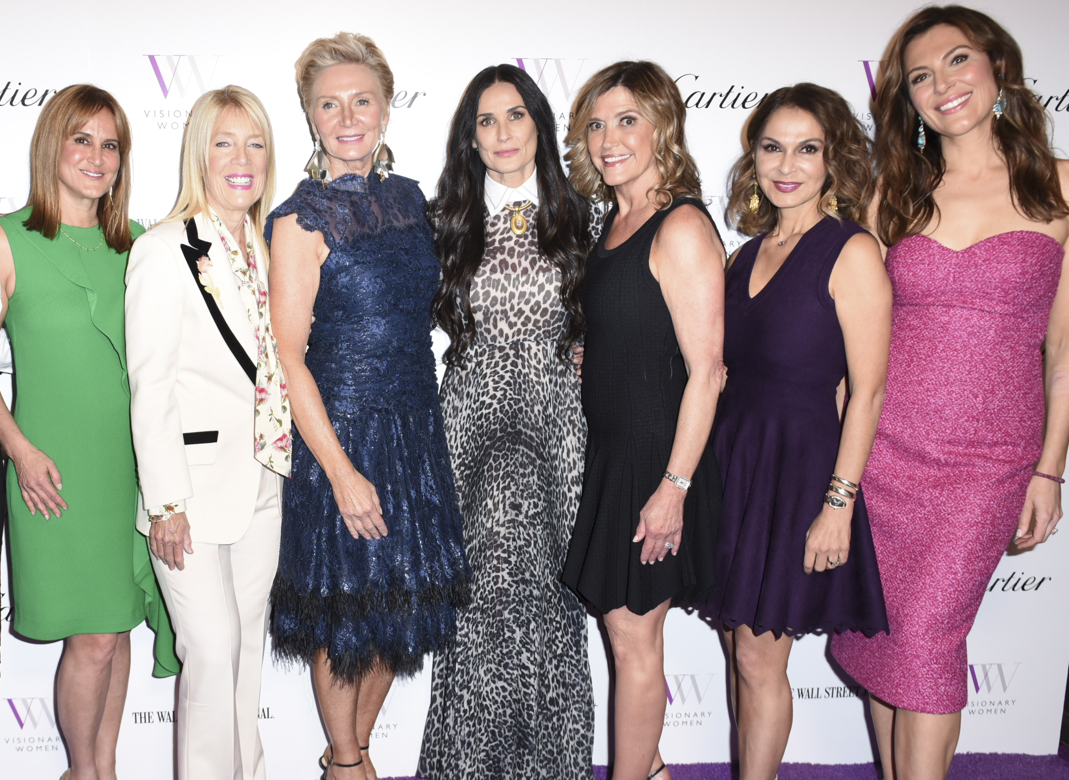 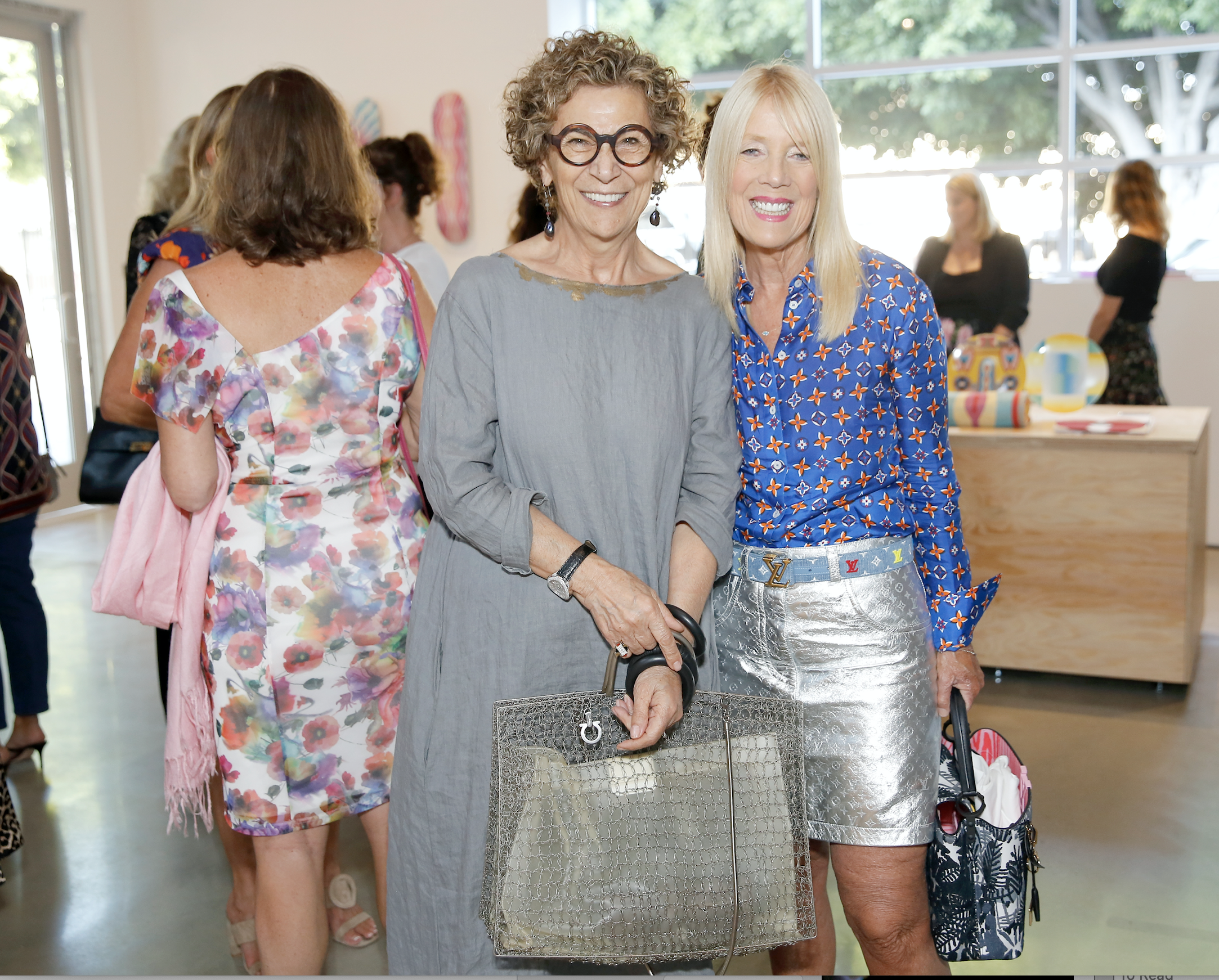 Founded in 2014 by noted speaker and bestselling author Angella Nazarian, former mayor of Beverly Hills Lili Bosse, philanthropist Veronica Smiley, and former United States Ambassador to the Bahamas Nicole Avant, the Los Angeles-based non-profit organization, Visionary Women, has donated more than $1.2 million to women-centered organizations. While fundraising is an important facet of the organization, Visionary Women also provides a unique platform to highlight relevant issues affecting women and girls today; creates a forum to advance leadership of women and female empowerment; supports women’s initiatives both globally and locally; builds a dynamic network of women leaders from around the country; and unites influential women with various organizations worthy of attention.

Nazarian’s four books—Life as a Visitor, Pioneers of the Possible: Celebrating Visionary Women of the World, Visionary Women and the latest, Creative Couples: Collaborations That Changed History—show, by example, that anything is possible. “I am most inspired by people who have managed to push past their own limitations and have become better versions of themselves in the process,” she says. “This has been the focus of my research writing for the past 15 years. Shortly after writing my second book, I came upon this idea of inviting the women I meet through my research to speak in L.A. I was discussing this idea to my best friend, Lili Bosse, who at the time was the mayor of Beverly Hills. It didn’t take more than a minute—she was all in on co-founding this platform with me. The exponential growth of our nonprofit is due to the hard work of so many people, including the talented and brilliant women on our board and committees.”

Bosse, who first met Nazarian more than a decade ago, says she immediately fell in love with her soul. “It was an instant connection heart to heart,” she says. “I met Shelley through Angella. I am grateful for these two amazing women.” As the former council member, two-time mayor of Beverly Hills, and current chair member of many commissions, committees, foundations and boards, Bosse has served the community for more than 25 years. Her driving force? “I am an only child of Holocaust survivors,” she says. “I learned at a very early age to value community and live a life of meaning and purpose.”

Growing up in Beverly Hills has also helped to make Bosse the person she is today. She says she has found her passion in a world-famous city with a small-town feel, which welcomes people with open arms. “I love the people in our city,” she says. “[They are] open hearted, kind and visionary. Our city inspires me every day to believe in the magic of possibilities.”

It’s no wonder that Bosse is an inspiration to women—as well as men—in L.A. and well beyond. The source of the inspiration she shares comes from others who are kind and willing to try things that have never been done before.

Meanwhile, president of Visionary Women, Shelley Reid, first met Nazarian and Bosse prior to the formation of the organization. “Both Angella and Lili are the most gracious, kind and inspiring women, so, for me, it was an immediate ‘I need to know these women,’” she says. “[They had] a genuine desire to create a forum for discussion and a place for women to gather and learn from one another, to be with other like-minded women and collectively have the opportunity to meet and hear from leading female change-makers, contribute to our community, effect change and make an impact by helping women and girls.”

After graduating from law school, Reid became involved with the entertainment business. She has held senior management positions at a number of leading television networks and studios, such as MGM, Fox Television Studios, Scripps Networks, Hearst Entertainment and Disney. Since 2017, she has served as U.S. head, business and corporate strategy of Green Pavilion Limited, a U.K. company that produces premium dramatic television programming. “I have been fortunate to have a career in television, since it is such an exciting time and changing so much that every day I learn something new,” she says. “I think that [open communication] is key to any successful career, along with a passion for what you are doing.”

Reid, who is a noted speaker for both educational and professional organizations with a special interest in topics relating to mentoring—and women particularly—in arts, culture and education, is an inspiration for many others around the world. It’s no wonder that she is the perfect fit for her role within Visionary Women. So who inspires her? In the past, it was always people with energy and work ethic. “Today, I find myself being more inspired by people who are giving, kind and self-effacing but committed to quietly making a change and helping those less fortunate,” she says.

Karen Murphy O’Brien, founder and CEO of Murphy O’Brien, an integrated public relations, social media and influencer marketing firm, and board member of Visionary Women, has known Nazarian for more than 20 years through their mutual involvement with the Bel-Air chapter of the Young Presidents Organization. When Nazarian first approached O’Brien to explain her concept for a unique non-profit organization founded by and for the benefit of women, O’Brien was immediately intrigued.

Visionary Women holds a Salon Series—four to six yearly events—that bring together nationally recognized leaders with Los Angeles’ most influential women and can be attended by up to 400 invited guests. The Salons are open to the public for $75. In addition, the organization attracts major sponsors, such as Gucci, Aston Martin and Merrill Lynch, for various Salon Series.

The organization’s overhead is minimal, so more than 90 percent of the monies it generates goes directly to charitable organizations. “I immediately jumped in and offered to help position our first few Salons in the media marketplace,” O’Brien says. “That led to an invitation to join the VW board, which was a no brainer. Less than four years later, we are now an organization that has granted over $1.9 million to local and global initiatives benefitting women and girls. Visionary Women goes full circle and is a movement taking L.A. by storm.”

When O’Brien first joined the board, she was tasked with developing and launching the Visionary Women grants program and committee. Since then, the organization has granted significant monies to worthwhile and life-changing organizations including Chrysalis, The Downtown Women’s Center, Indego Africa, Alexandria House, Step Up and the Sundance Institute. O’Brien and her award-winning firm spearheads the ongoing PR and positioning efforts for Visionary Women.

In the fall of 2018, Visionary Women and Los Angeles-based non-profit organization Chrysalis partnered to launch the In Her Honor program, which helps homeless women get job training and counseling in order to prepare for, find and keep employment. The program provides women with a variety of support services, from resume writing and one-on-one practice interviews to transportation and professional attire for interviews.

A common thread among the members, Bosse says, is that they are all change-makers. “They understand the strength of women empowering women, and they value making a meaningful difference in the lives of women and girls,” she says.

Monumental moments since the inception of Visionary Women have been many, such as speakers and honorees including Demi Moore, Gloria Steinem, Judy Chicago, Cherie Blair and former United States Ambassador to Austria, Sweeney Hunt. For Reid, the Salon that really hit home was a recent one where “the female president of our sponsor Aston Martin shared a very personal story; you could hear a pin drop,” she says. “[Also memorable] was the Salon on sex trafficking and hearing the story of survivor Wilhelma ‘T’ Ortiz Walker Pedigrew and the inspiration from swimmer Diana Nyrad.”

These Visionary Women offer several pieces of advice that all women should take to heart. “Trust your voice and know that your uniqueness is your strength,” Bosse says. “Above all, never give up. Your authentic self is always enough.” Likewise, Reid says that it’s important to have faith in yourself. “I know it may sound glib, but it is important for us to know that our sixth sense will guide us to the right decisions,” she says. “Trust your instincts. As women, I think we have been afraid to do that. We look for approval, and we have to get out of that cycle. [Also] don’t be afraid to ask another woman you admire for advice.” visionarywomen.com

Two of the industries most respected talents, photographer John Russo and Photo Director Rose Cefalu, join forces to get their industry back on track in the age of Covid 19.