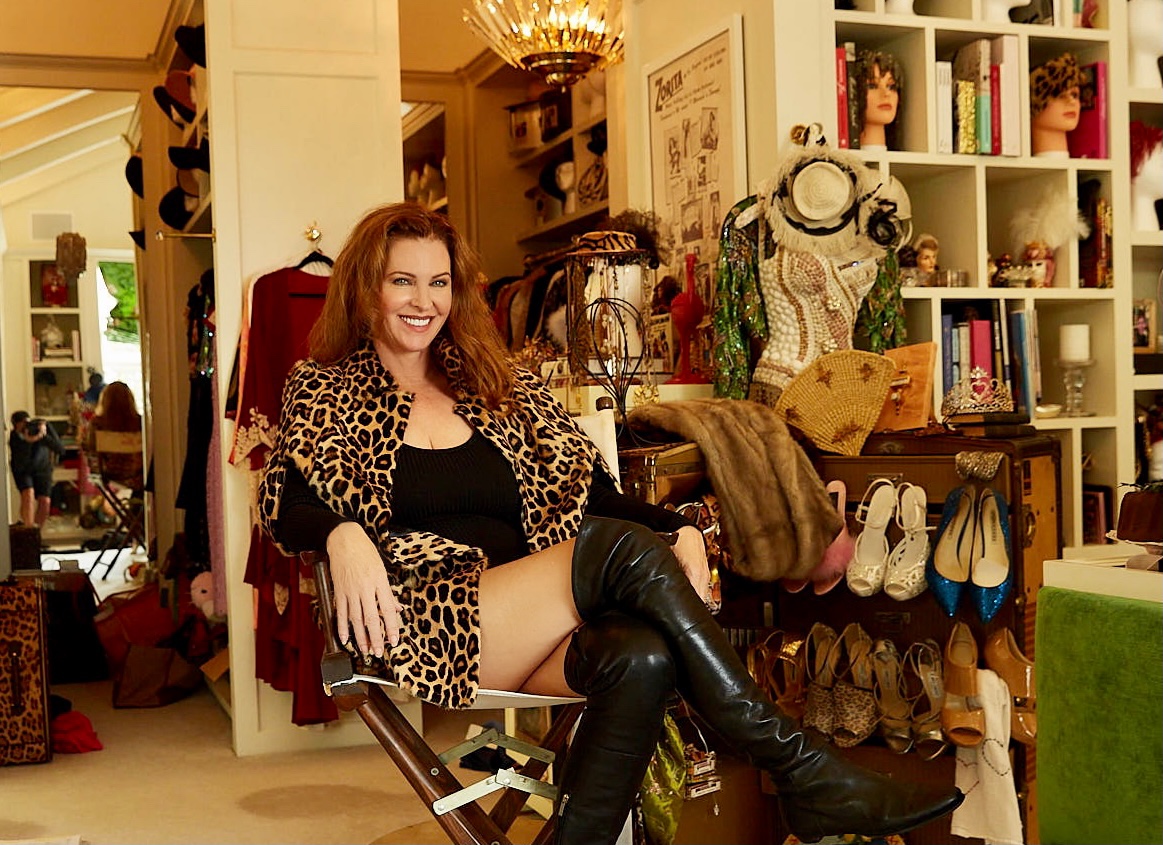 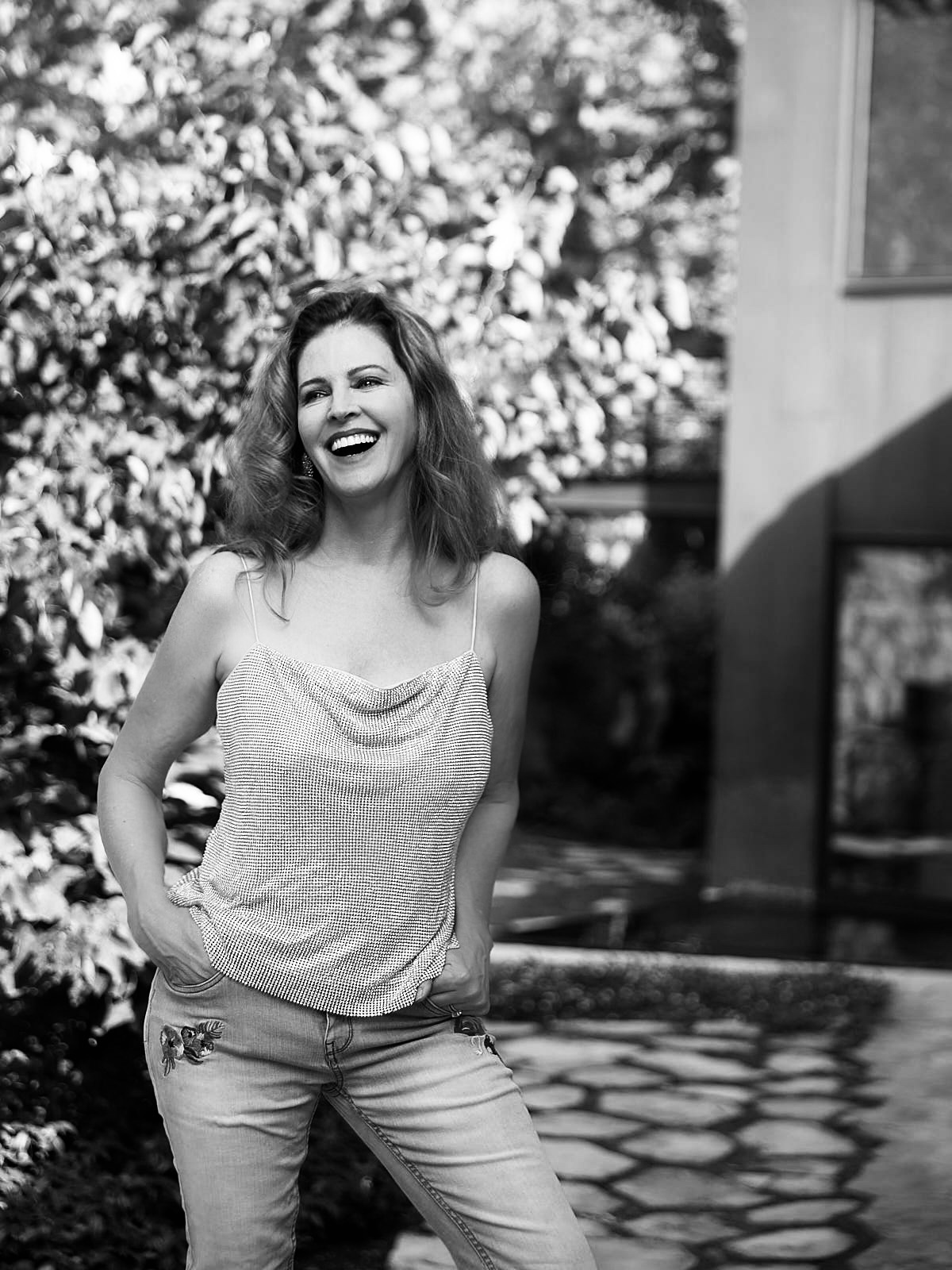 Interview & Photographs by} John Russo
Q: You are definitely a unique person who beats to their own drum. Were you always this colorful as a teenager?
A: I always rather danced to the beat of my own drum. However, I was generally only that colorful in my mind. In the stories I read, being a voracious reading from a young age, I lived in. It has taken a little bit longer to coax my inner world out. I never wanted to be anyone else or live in their world.

Q: When did storytelling become a passion in your life?

A: Storytelling has always been a passion. I always wanted to write books. It has only been with directing my first film, that I realized I could tell stories through film also. And of course, acting is another part of the cog of storytelling. Some stories lend themselves better to the written word, while some are better told visually, that is why I like switching between the two. I usually write a book, then direct a film, but with Covid, I’m writing back-to-back.
Q: With the success of “Behind the Burley” did that further ignite a fire in you to tell more stories?
A:  It wasn’t the “success” of “Behind the Burly Q” that made my determination to tell more stories through film. “Burly Q” made me realize I had stories to tell, in my way. I had a voice and a vision, and I wanted to tell stories others had not told. That had lit me on fire. I was so determined to have these men and women of The Golden Age of Burlesque tell their stories, most for THE FIRST TIME, and have as many eyes on them as possible (meaning asses in seats at the movies theatre’s and living rooms) that drove me and still does. Its bringing to light, women in particular, that have had a label of sorts attached to them, be it sideshow “freak,” or “circus performer,” “stripper” that makes me want to dive deep into these lives and toss aside the labels and reveal the person underneath. Because they are all people, with backgrounds, and hopes and dreams and incredible things they have had to overcome for their success.
Q: You have chosen subjects that are somewhat taboo or would be considered somewhat  “flawed” in today’s culture. What draws to them?  Why do their stories matter?
A: I’m driven to these types of stories because I do think we, collectively in society, tend to label people and don’t see beyond our own misconceptions of others. For example, my burly performers, have been so marginalized and stigmatized that sometimes it was hard for me to get them to agree to an interview. People did not understand they were young girls with dreams, sometimes dance backgrounds, a lot came from economic hardship and abuse and had no way out of their worlds except for what burlesque gave them. And it was hard for them to be lumped in with “prostitutes” and “pornography” when what they were doing was at one time the premiere form of entertainment in America. It was comedy based, it was “naughty” not “nasty” it was a wink and a laugh and gave untold thousands a respite from bleak days, such as the Great Depression, and WWII. It was a huge huge industry from which we have SNL, The Carol Burnett Show, The Tonight Show skits, on and on. And yet the women from burlesque, the dancers, and strippers are dismissed as having no value.
Q: You are a huge advocate for supporting young female writers. If you had to give one piece of advice to an ingenue what would it be?

A: I have started a free writing mentoring program for girls and women, to help them tell their story or the story of someone around them. Its more than writing, it is finding their voice. Girls still are rarely taught to speak up, or asked what they think, that their stories don’t have value. It is not a program for perfect grammar and flawless writing, it is about finding your world and living in it. We all have a world – a story – that attracts us, we need to believe in it and dwell in it with passion and with purpose and then we need to reach back and hold our hand out to others and lift them up and in doing so we all raise a little higher.

Q: So many people have an amazing story, but don’t know where to start to tell it. What are some pieces of advice you can give young writers/documentarians to start the ball rolling?
A: Where to start telling your story? What interests you? Not what is popular, what will draw an audience or make you successful or what will interest others. It might be the most random, weirdest, darkest story, but if it’s the world you want to live in, sacrifice for – because writing is a sacrifice, its time consuming and painful as all hell – then that is the world you need to live in and get out, whether through books, songs, short stories, poetry, film . . . it should wake you up in the middle of the night with ideas. And then all you can do is write. It’s a doing.
Q: Is there a story that has already been told, a published piece by another documentarian, that you would like to tell in a different way?

Q: What new projects are on the horizon for you?

A: New projects on the horizon, or hopefully a book I’ve been working on for a few years. Another misunderstood character I’m obsessed by and her world. Also, once this Covid ends, a documentary with a dear friend (you know who you are) and another documentary that would push the bounds of “acceptable.”

Q: In 100 years when people look back on your work, what is the main thing you want them to know about you and your legacy?
A:  In 100 years, I hope my work is still available. I hope it brings understanding and mostly entertainment (which means heart, laughter and tears) to someone.

Finish this sentence…I worked with Leslie many years ago, the thing that inspired me the most about her was…

I worked with Leslie many years ago, the thing that inspired me the most about her was “she never gave up. She believed when no one else did, when others laughed, she smiled and kept going. She knew her work had a place and it was damn good work.  As demanding as she can be, she also believed in fun along the way.

The temperature is rising on ABC’s Station 19 , now that boris kodjoe has arrived on the scene.