Gus Kenworthy, Olympic silver medalist and champion of the LGBTQ community, is heading to the upcoming PyeongChang Winter Games with sponsorship deals from multiple major corporations. 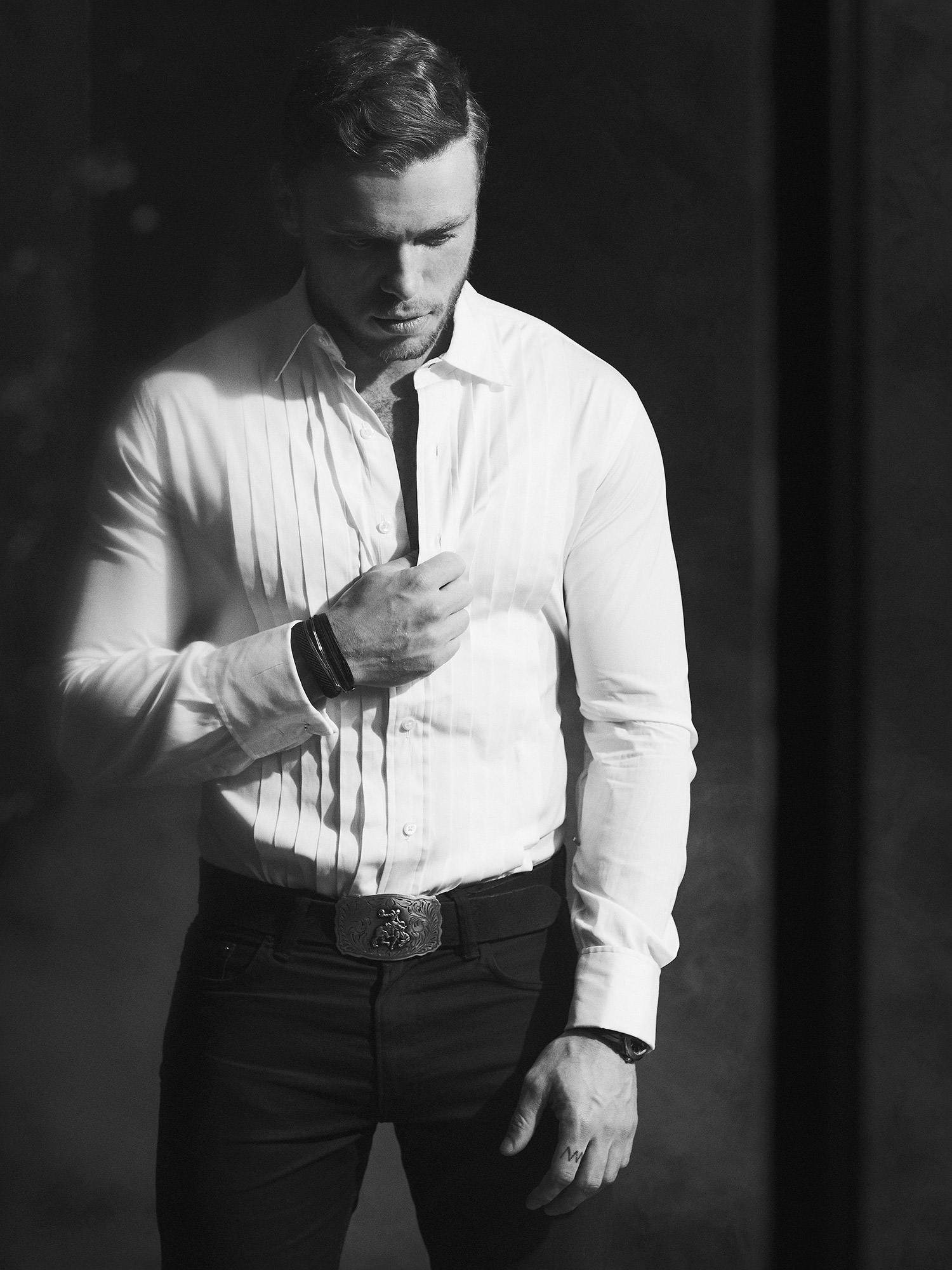 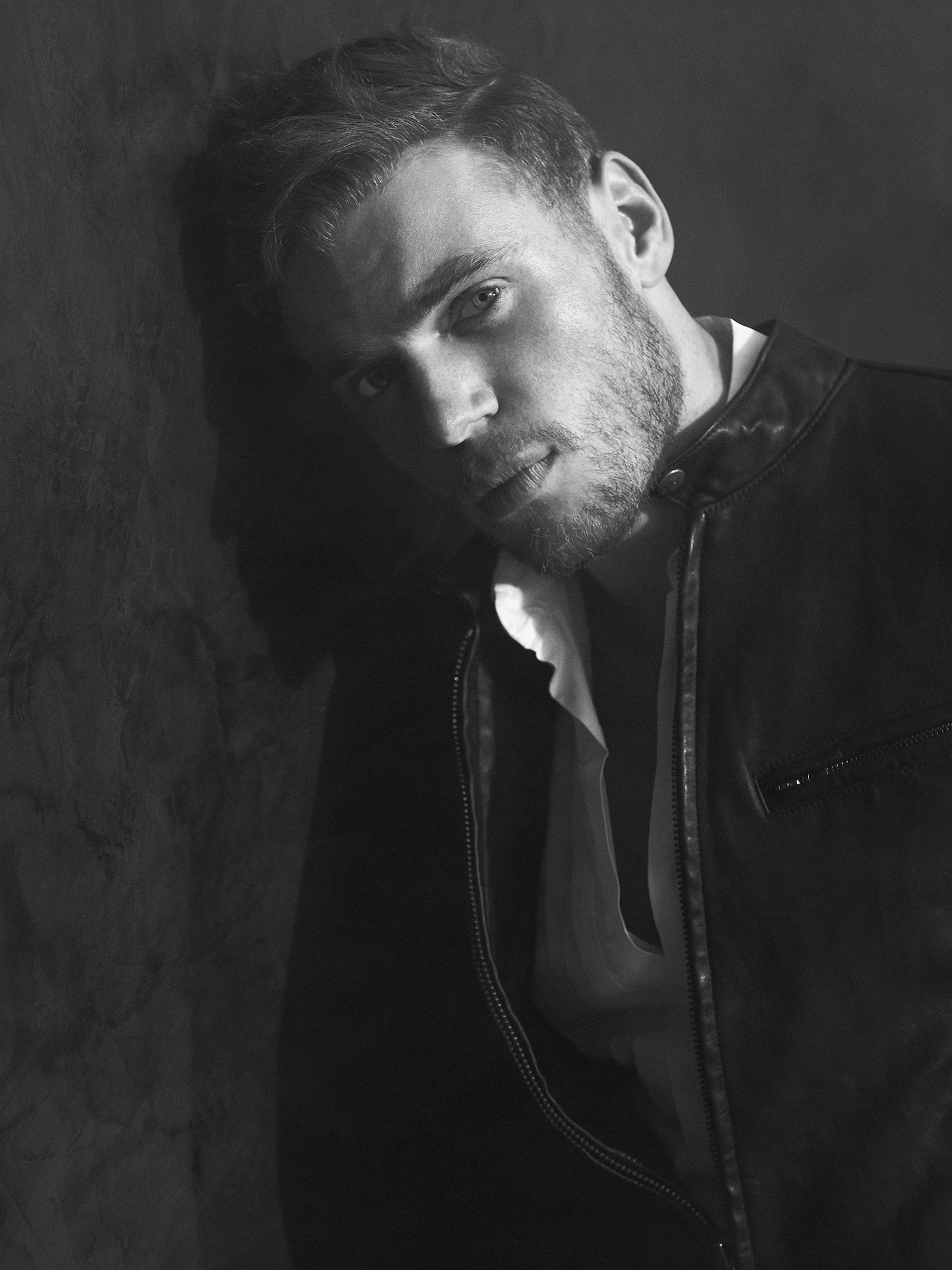 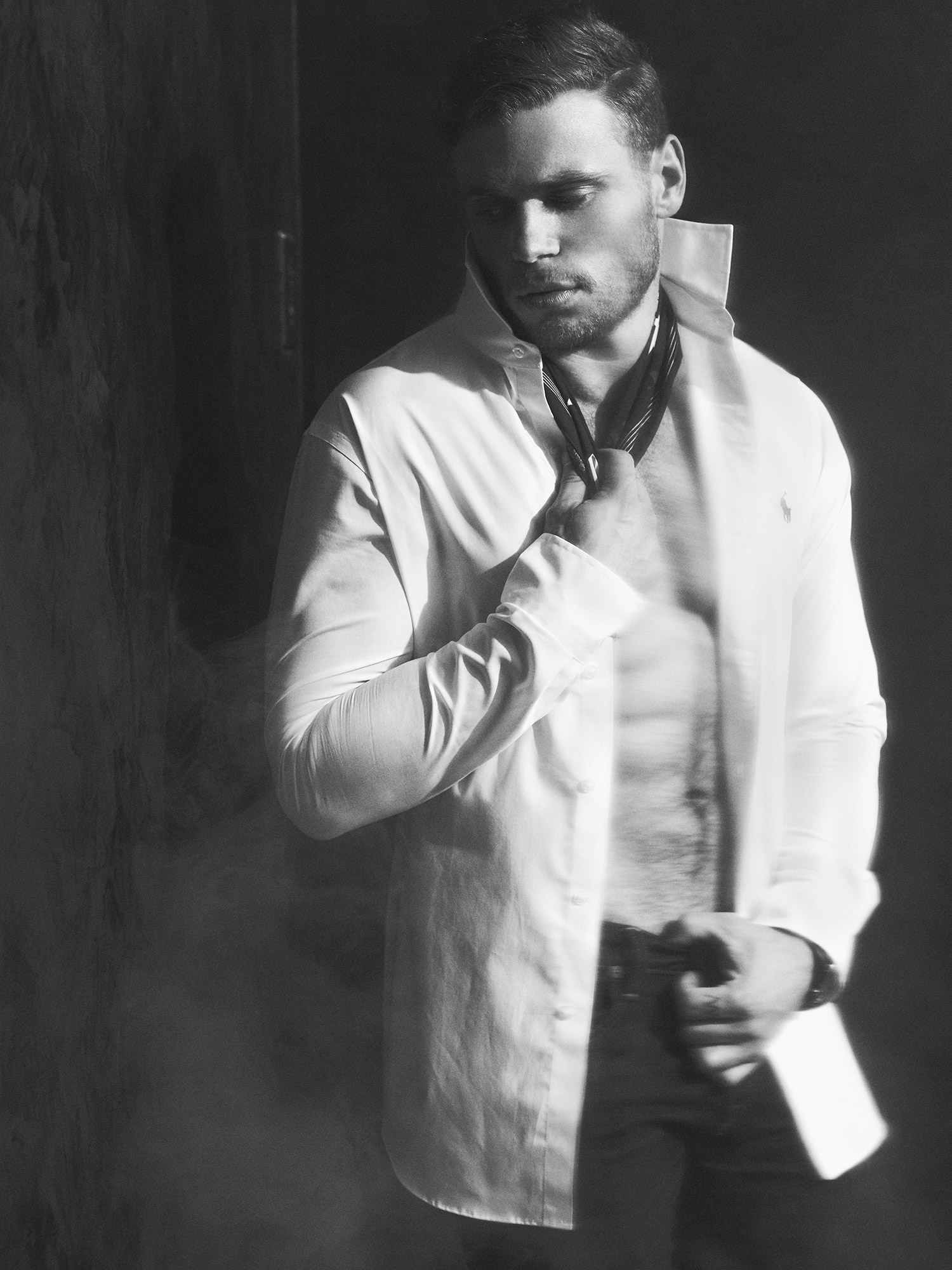 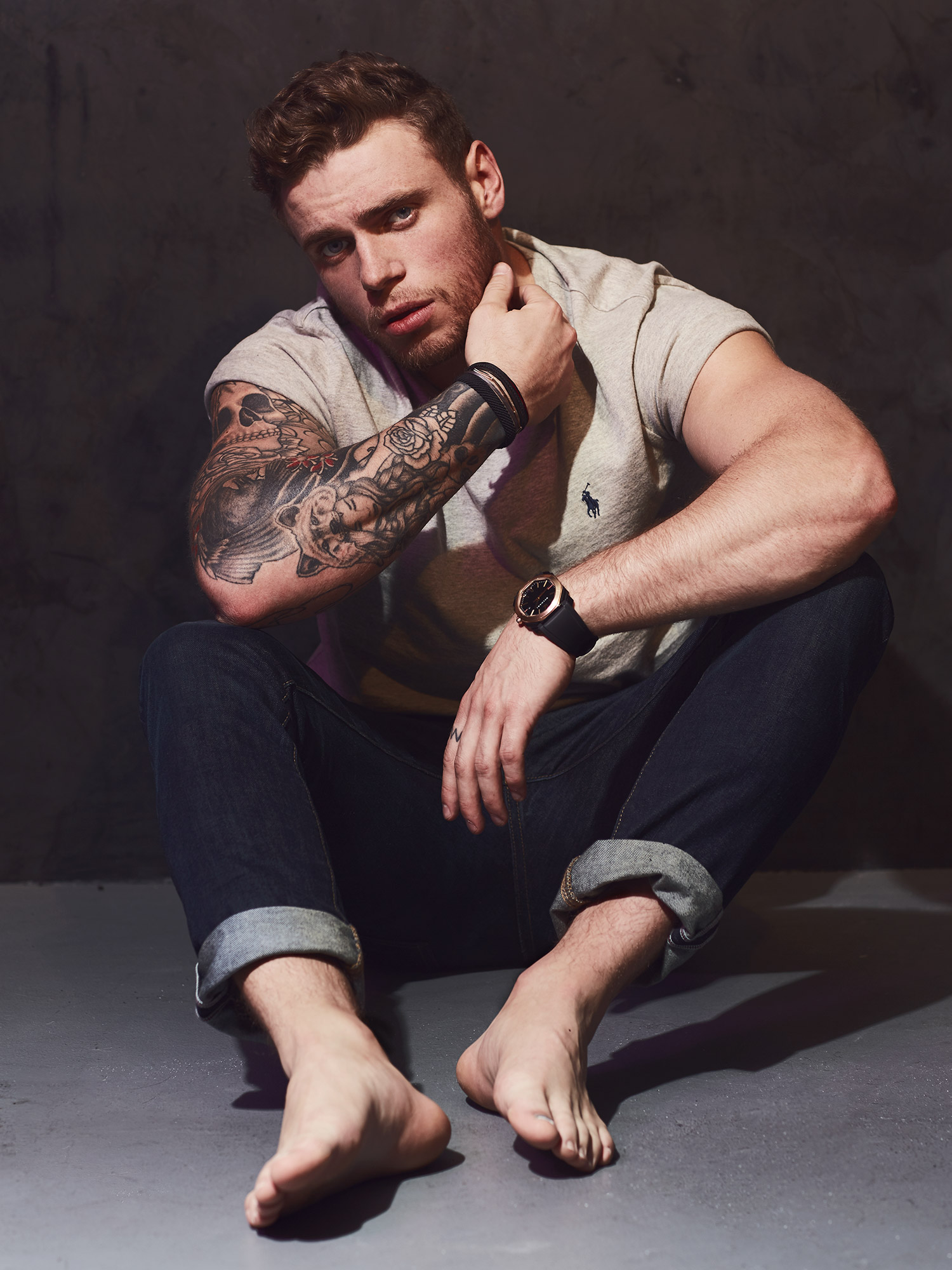 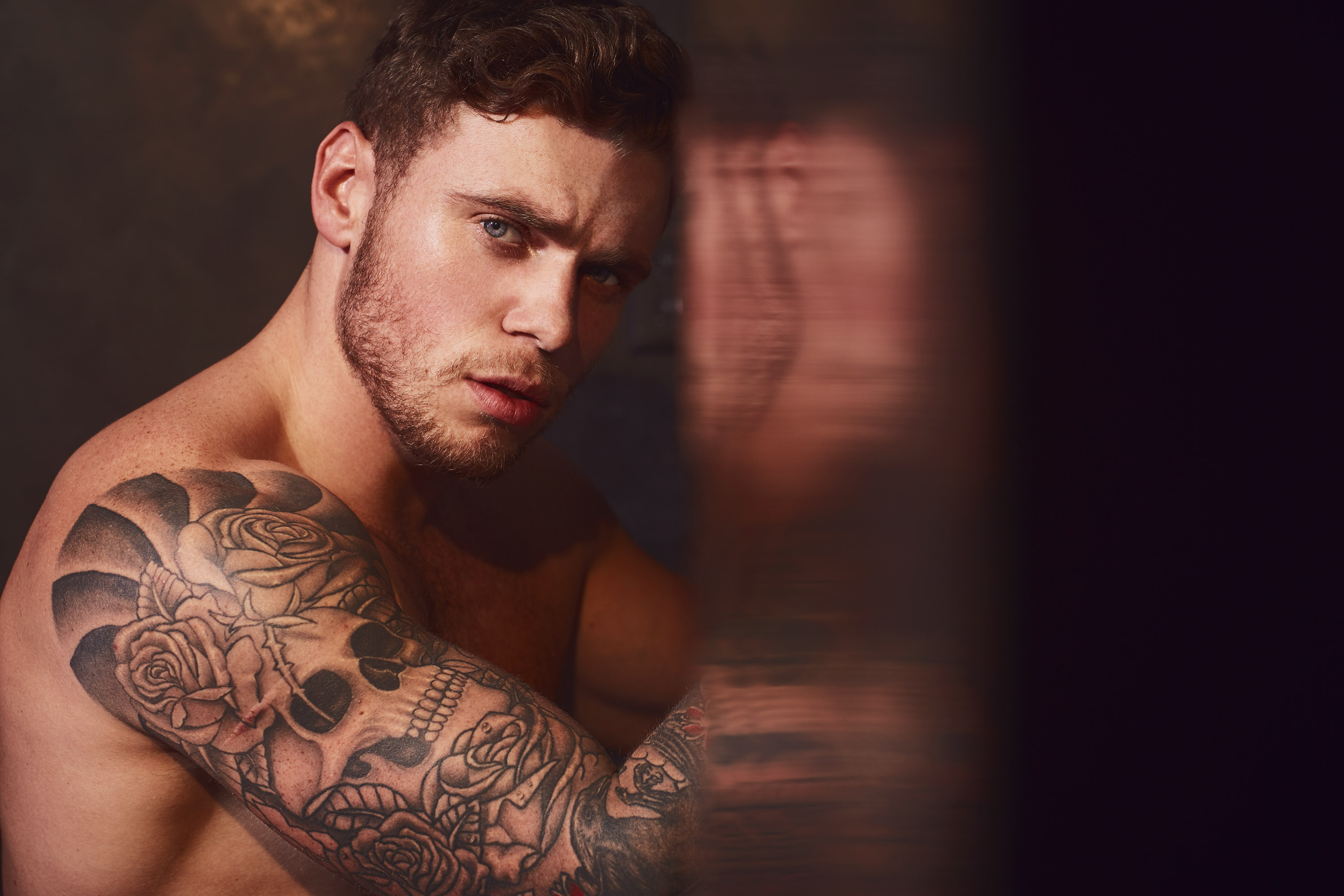 Gus Kenworthy (@guskenworthy), Olympic silver medalist and champion of the LGBTQ community, is heading to the upcoming PyeongChang Winter Games with sponsorship deals from multiple major corporations. Turns out, being the “gay skier”— the first and only action sports star to come out—has made this formidable slopestyle and halfpipe competitor on Team USA a most attractive spokesperson.

What was it like to grow up in Telluride?
I feel very lucky to have grown up in Telluride. As a kid, I spent all my free time outside playing and exploring and I can honestly say I wouldn’t trade my childhood for anything. They say it takes a village to raise a child, and with Telluride’s small, close-knit community, I feel like that statement rings true. Some of my best friends to this day are the kids I grew up with and lived next door to.

When did you know you wanted to be a professional skier?
When I was a kid I would fall in love with different activities and get swept up and consumed by them. At various points of my childhood I dreamed of becoming a cartoonist because I loved to draw, an actor because I loved being in plays and putting on scenes for my family, an NHL player because I loved being on the hockey team . . . Skiing professionally was always one of those dreams, but it wasn’t until I was about 14 or 15 that I really started to make it a goal for myself and began working harder than ever to make it into a reality.

Did you ever dream you would compete in the Olympics and win a silver medal?
To be honest, making it to the Olympics was never really one of my aspirations growing up. The freeskiing disciplines that I compete in (halfpipe and slopestyle) weren’t even included in the Olympic lineup until 2014, when they debuted in Sochi. So, when I was a kid, my biggest dream was competing in the X Games and winning a medal in every X Games freeski discipline (halfpipe, slopestyle and big air), a dream I was very proud to accomplish in 2016. Once I found out that my events were to become Olympic events, it definitely became my main focus to qualify for the US team and compete on the world’s stage. But I tried not to put too much emphasis on medals or any of that because I didn’t want to jinx it for myself.

What is something people don’t know about you?
I try to read a book a month. That’s not a very interesting fact, but it’s the only thing I can come up with. The last book I read was James Baldwin’s Giovanni’s Room. It is really beautifully written and touching and I found myself resonating with many parts of the story. I’d definitely recommend it to any and all LGBTQ people who haven’t read it.

You’ve made the crossover from athlete to mainstream celebrity. How has this affected your day-to-day life? Do you like the attention and media coverage?
I don’t think the notoriety has really affected my day-to-day life too much, honestly. Some of the attention was for the Olympics and the [stray] dogs [that I rescued in Russia] and the medal, but a lot of it was from me coming out. I feel genuinely blessed that I’ve received so much positive recognition for sharing a part of myself that I spent most of my life being terrified to speak about. I’m always flattered to meet fans and I love when people come up and introduce themselves or ask for a picture. It makes me feel special. I’ve never been shy, but I think that with the recognition comes a responsibility for me to conduct myself in a certain way and sometimes I feel the pressure of that. I want to be a positive role model and not let anybody down. Although that can feel like a burden at the end of the day, it keeps me in check and I think it’s a good thing. I do my best to be my best, and that’s all I can do.

You came out as gay in an ESPN the Magazine cover story in 2015. So many athletes hide their sexuality in fear of losing sponsorship opportunities and their fan base. Did you worry about that?
I was definitely concerned about the potential negative repercussions of coming out publicly. I was scared I would lose sponsors, stop getting invited to events or stop getting scored well at them. I feared my teammates wouldn’t want to share rooms with me at contests, and that my friendships with competitors would be lost. When you’re in the closet, you think about all the worst case scenarios. Ultimately, though, being in the closet became increasingly painful for me, and although coming out was scary, the thought of closeting myself any longer was almost more scary.

Do you have any regrets about your decision?
Not a single one.

What advice would you give athletes who are struggling with the idea of coming out?
I would offer any closeted athletes the same advice I offer to anybody struggling in the closet: Be yourself, everybody else is taken. Sometimes it seems easier to go on pretending to be something you’re not, and bending and breaking to try and fit a mold of “normalcy.” But at the end of the day, it’s exhausting and it’ll leave you feeling incomplete. The sooner you can acknowledge yourself for who you are, accept yourself, love yourself and share yourself with the world, the sooner you will be free. Nothing is more liberating than getting to live your life honestly and authentically. And I think that being true to yourself will give you an advantage in every aspect of your life. Once I came out, I no longer had to compartmentalize and distract myself from my sexuality in order to focus on competing or training. I was able to just “be” and it made me more present, more focused and more ready to succeed. Coming out was, hands down, the best thing I’ve ever done for myself and I would encourage anybody in the closet to take that step, but only when they feel ready and safe to do so.

How does it feel to be an inspiration to so many people?
When I meet someone or get a message telling me that my coming out story, or me living my life openly and publicly as a gay man, has made it easier for them to accept themselves as a queer person, or helped them come out or anything else that I’ve been told, it truly fills my heart. It makes me feel as though I’ve at least done one thing right in this world.

Who inspires you in life?
I’m inspired by many people for many different reasons and in many different ways. Of course there are athletes I look up to, but more than that, I think I look up to any smalltown queer person living their life honestly and unapologetically. Even though I’m publicly very out, I sometimes still get nervous about showing any “gayness” when I’m in certain situations or places. I hate that I have to second guess holding my boyfriend’s hand or sharing a kiss or wearing certain things, but in certain places and moments it can be scary. I can’t tell you how much admiration and respect I have for those who share themselves entirely and unabashedly despite their surroundings, regardless of who may be looking or judging. I think we can all, queer or not, learn a lot from that.

What are you most excited about in the upcoming Winter Olympic Games?
If I make the team (my team isn’t officially announced yet), then I think I’m most looking forward to the opening ceremonies, but I’m really excited for it all. Last time around, the whole Olympic experience went by in a flash. This time I’d like to soak it all in, breathe in my surroundings, meet as many athletes as I can from all over the world, watch as many events in person as I can and really just be as present as possible. I know I’ll look back on it for the rest of my life and I want the memories to be as vivid as possible.

After skiing, what’s next for you?
After skiing, I’d like to get in front of the camera. I’ve always wanted to be an actor and that’s something I hope to pursue when my ski career is over. I’ve had a few opportunities to host and it’s something that I really enjoy, so I’d be very open and excited to host a TV show.

Samara Weaving dishes on the joys of horror, camaraderie on the set in her new film Ready or Not and her thrilling career so far.