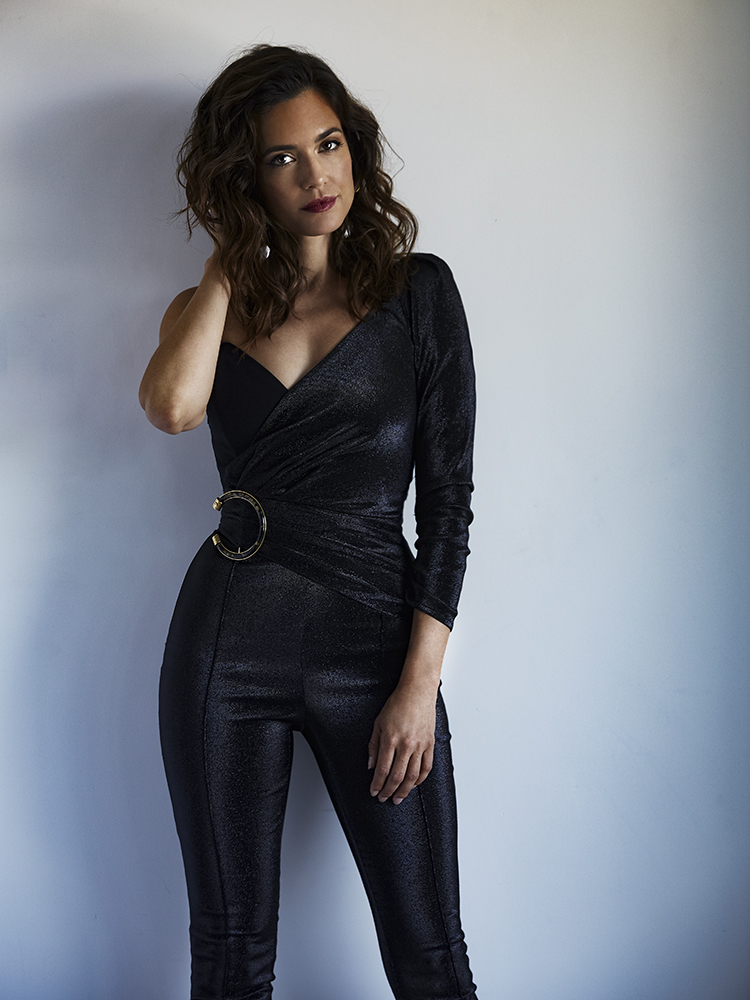 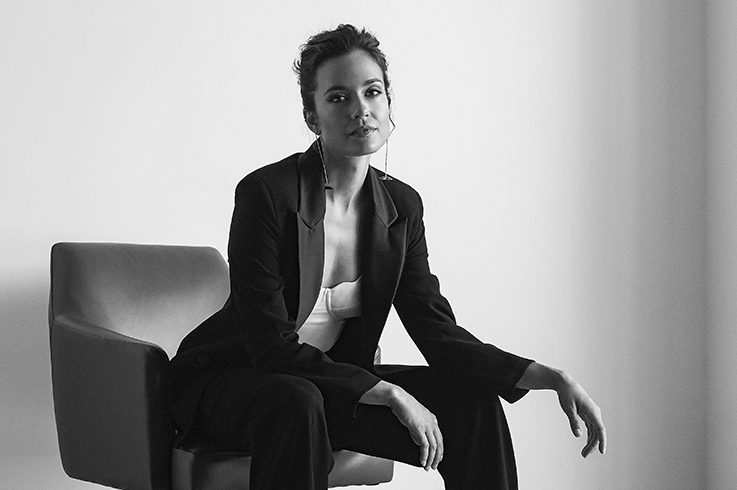 Talk about range: Torrey DeVitto is one of those rare actresses who can portray a conniving, self-absorbed antagonist as easily as she can a sweet, good-natured girl next door. Cases in point include her turns on TV as deranged nanny Carrie on The CW’s One Tree Hill, antiheroine Melissa Hastings on ABC Family’s Pretty Little Liars and, currently, the noble but often conflicted Dr. Natalie Manning on NBC’s medical drama, Chicago Med. The daughter of Billy Joel’s longtime drummer, Liberty DeVitto, and Mary Torrey (a close friend of singer-songwriter Stevie Nicks), 35-year-old DeVitto stretched her creative muscles early, trying modeling in her teens before segueing to acting and eventually landing standout roles in series like The CW’s The Vampire Diaries and Lifetime’s Army Wives. Chicago Med—which ended last season on a life-or-death cliffhanger for DeVitto’s character—returns for its fifth season this fall. “I can safely reveal that she is still alive,” DeVitto says. Yes, but does she get back together with Dr. Will Halstead (Nick Gehlfuss)? “You will have to watch and see,” she demurs. In the coming months, fans can also get their DeVitto fix on Hallmark Channel’s movie Write Before Christmas, and Divertimento, a thriller scheduled for a 2020 release. Offscreen, she devotes time to hospice work and advocating for the end of sexual assault.

What was it like growing up in a musical family?

I grew up in a very loud household. … After school, I would come home to [my dad] blasting records, to him and my mom dancing in the living room to whatever music he was playing, or to him playing. … My father would run into my room, wanting to play me some new music, or some old music I hadn’t heard yet. As a young girl with boys on her mind, I didn’t want to be bothered, but now as an adult, I miss and crave those moments. … My mom could play piano, as could her mother. I would accompany my grandma—her on the piano, me on the violin—during holidays.

Is music still a big part of your life?

Music is very nostalgic for me. It can make me laugh and feel joy from memories or sometimes cry, missing parts of what was back when I was younger. I always find it to be so amazing that music can do all that. It literally brings people together and evokes so many feelings.

Were you close with Alexa Ray Joel (Billy Joel’s daughter) when you both went on tour with your parents?

Yes, growing up, Alexa and I were on tour a lot together and were very close when we were kids. We even formed a little club that included my little sister, Maryelle, and made T-shirts for it. We were always playing dress-up and running around. I have a lot of good memories with Alexa in them.

What was your first modeling job?

Christie Brinkley got me a meeting with Ford Models in New York City. They thought I was a little too short for them, but would fit great with their Miami location. So I went out to Ford Models in Miami with my parents and signed with them. One of my first jobs was a shoot for Abercrombie & Fitch. Which is funny because toward the end of high school I was on one of their posters up in the store, and then when I moved to L.A., I was in dire need of a job, so I got hired working the cash register at their Topanga Mall location.

Why did you turn to acting?

When I was modeling in Miami, a photographer told my mom she thought I was pretty shy in front of the camera and thought that taking acting classes would help open me up. My mom helped me find an acting studio in Winter Park, Fla., where we lived, called Zoe and Company. I fell in love with it. Ever since I was little, I knew I loved to perform. I was always putting little shows on for my family, mostly for my sisters. Once I saw the musical Les Miserables, I would perform all of Eponine’s parts to anyone who would watch. I attribute me wanting to act to that musical. But I didn’t really understand that that’s what I wanted to do until I started acting class when I was 15.

What do you love about acting?

I love telling stories. I love accessing my emotions and opening myself up deep to get where I need to get to for whatever scene I am doing. I never feel more alive than on the drive home after I did work that I am proud of. That feeling of exhaustion after putting your heart on your sleeve and your emotions into a character is like no other. I absolutely love it. I love getting messy and guttural with my work and reacting off of whoever is working with me. I can’t imagine doing anything else.

Your Chicago Med character, Natalie, plays the violin, just like you in real life. How do you feel about that?

I remember I was sitting with [co-star] Nick Gehlfuss on set and our showrunners came over to ask me if I really played violin and if I would want to for the show. It was a no-brainer for me. I have always wanted to marry my two worlds of music and acting but never found the right role to do so. I love my role as Natalie and this show so much that I knew it was the perfect fit.

Are there any other similarities between you and Natalie?

Sometimes Natalie’s life will start blending with mine and I will wonder if our writers have bugged my home. In all seriousness, Natalie and I are very similar. I am just more of the laid-back, twirling, crystal-carrying version of her.

How do you like being part of romantic duo on TV?

I just love seeing everyone’s responses to our #Manstead love story. It’s so fun to be a part of a duo that people love that much. And, luckily, Nick is like a brother to me. It definitely helps that I got paired with one of the most solid dudes to be in this will-they-won’t-they saga.

Which role are you most often recognized for?

I still get recognized mostly for playing crazy nanny Carrie on One Tree Hill. That character is going to haunt me forever, I think, which I am not mad about in the slightest. She was one of my favorites to play.

What is your dream project?

Something that challenges me and scares the hell out of me. I really would love to get back into theater again.

How would you describe your personal style?

My style is very eclectic. My mother always taught me growing up that you don’t have to break the bank to look fabulous. Words I still live by. I am definitely a mood dresser, that’s why packing for trips is so hard! I have committed to vegan fashion for the last five years, which has really been a lot of fun, finding and supporting designers who are cruelty-free. Some of my favorites for shoes and handbags are Vaute Couture, Beyond Skin, Bhava Studio, Angela Roi, Matt & Nat, Bourgeois Boheme and, of course, Stella McCartney. And for clothes, I love Reformation and Christy Dawn. Both are ethical companies with great mission statements. My other go-to lately has been Aritzia. I have been really into blazers, high-waisted jeans and leotards.

Which organizations and causes are important to you?

I am the ambassador for the National Hospice and Palliative Care Organization, and an inpatient care volunteer for a hospice in L.A. and Chicago, and absolutely love it. I am very passionate about my hospice work and have hopes of owning my own funeral home one day. I also am on the board of directors for an incredible organization called SafeBAE, a survivor-founded youth-led organization whose mission is to end sexual assault among middle school and high school students. Being a young teen is so difficult, and when you’re at such an impressionable age, it is so important to learn about consent and sexual assault in a safe environment with no judgment, just open ears, and that’s what SafeBAE does.