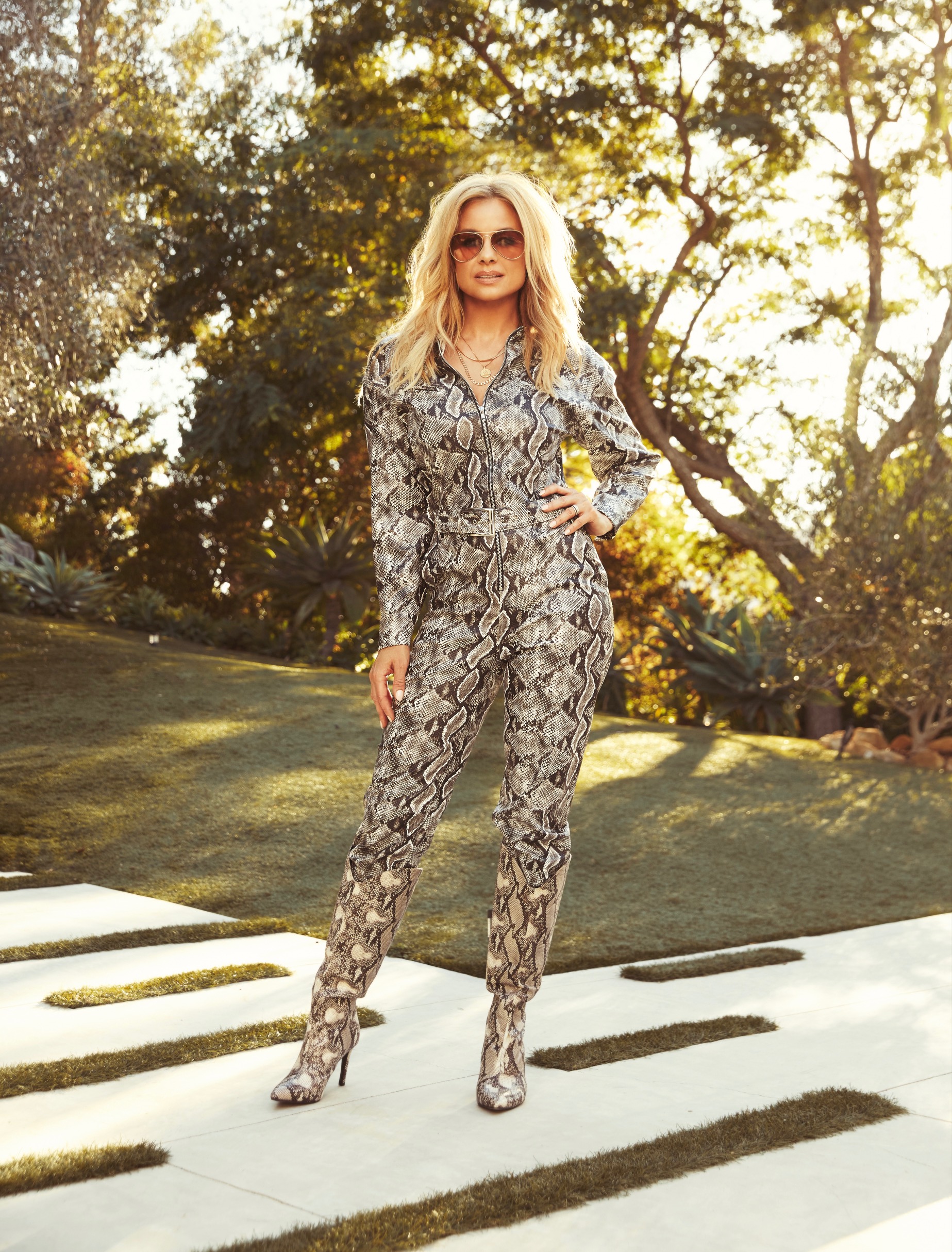 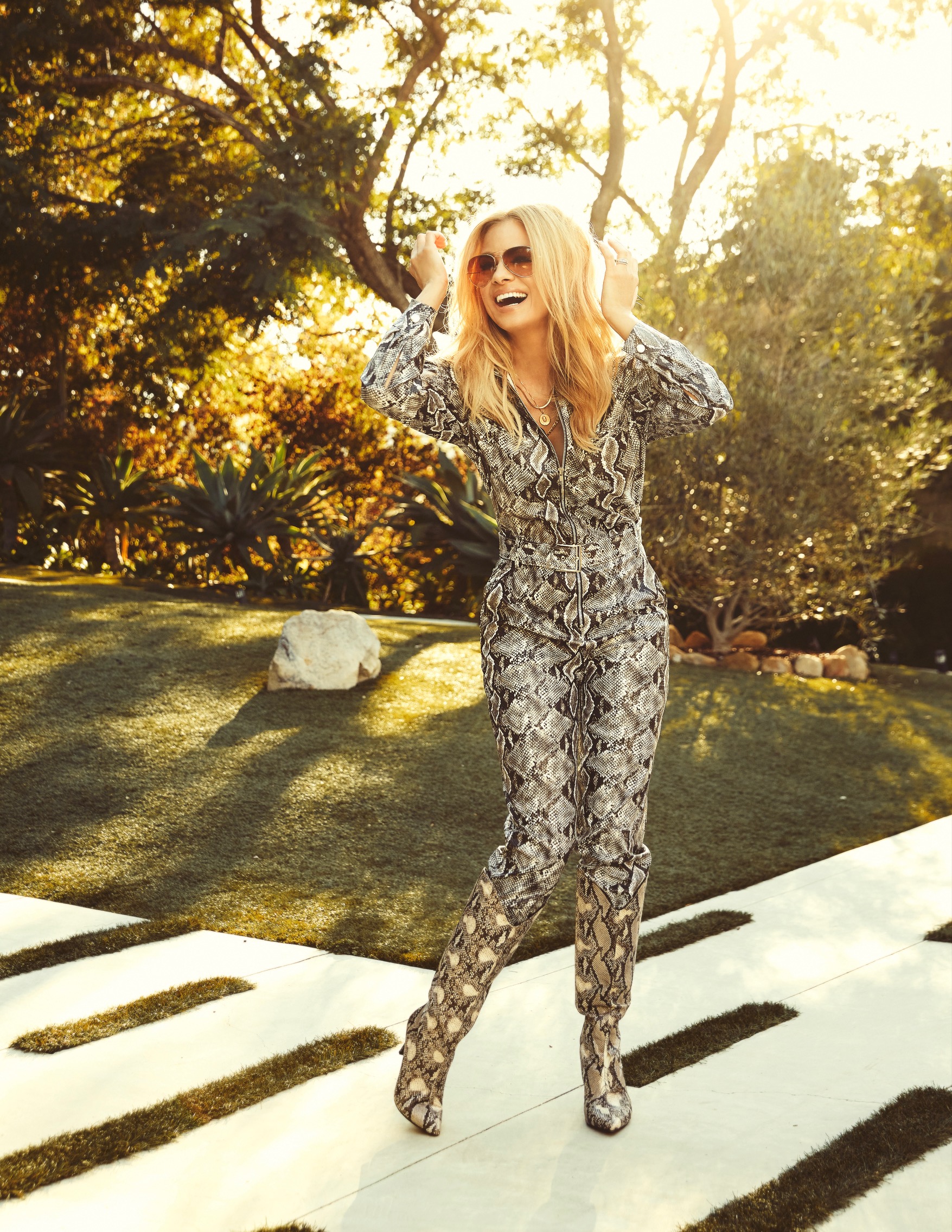 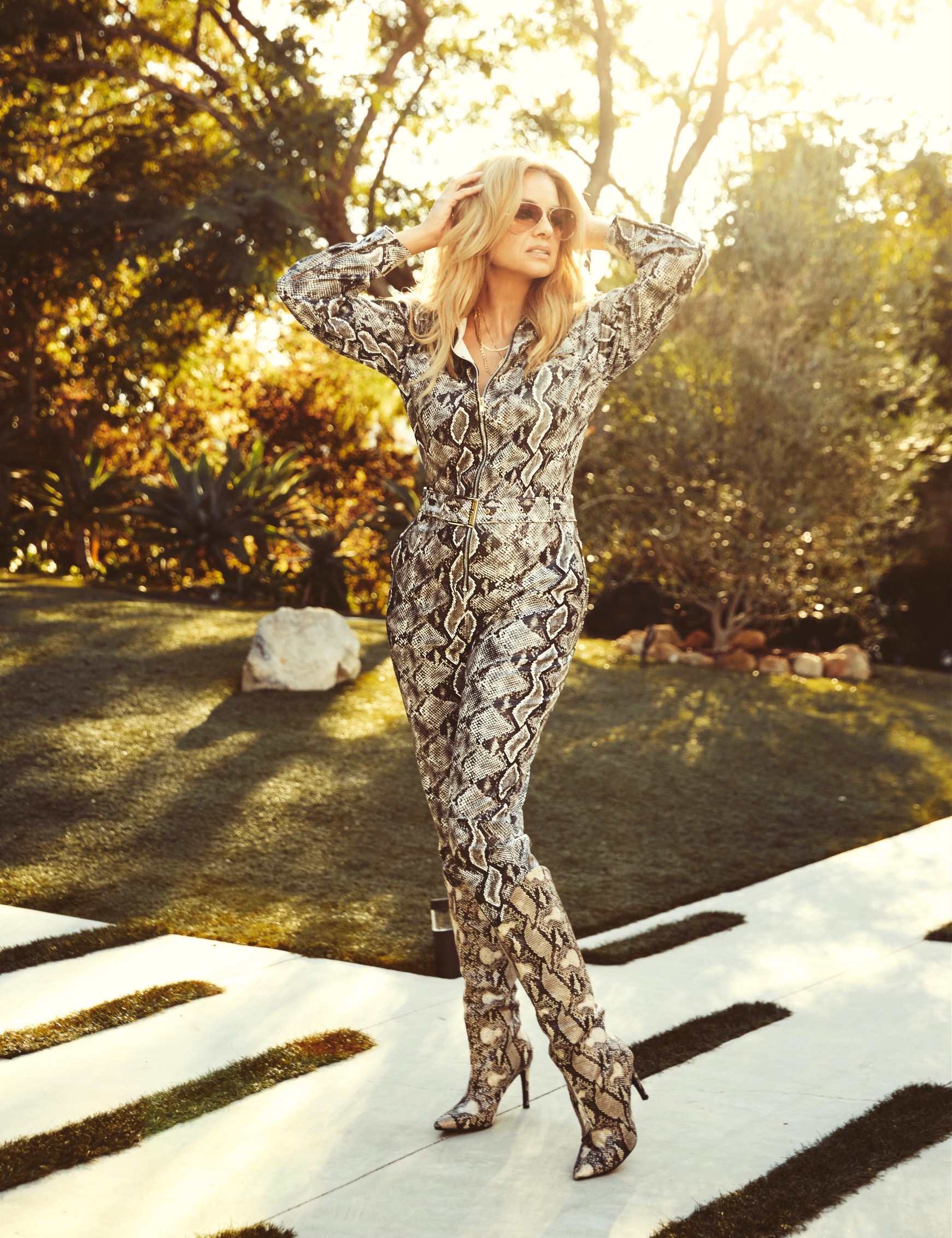 Q: You are forever a part of history for starring on the highest-rated Daytime drama, “The Young and the Restless”.  How does it feel when you get recognized from that role?   After all, ‘Avery Bailey Clarke’ was a huge fan favorite and oddly enough this happens in your new show “Acapulco.” Talk about Art imitating life!

A: I’m so proud to be part of that history. And soap fans are the greatest…they still come up to me or find me on social media to tell me how much they loved Avery, and that really warms my heart.  “The Young and the Restless”  changed my personal life forever too. It’s how I met my husband Michael Cooney – Justin Hartley set us up on a blind date when he and I were both working on the show together-  and that introduction led to me becoming a wife and mother the following year. I had no idea when I took that gig it would lead me down a path to the best things in my life. And yes, isn’t it funny that I’m now playing a former soap opera star on Acapulco? It should be no surprise that I’ve based the character of Diane on some pretty fabulous women I knew from my soap days early on in my career.

Q: In “Acapulco” you star as ‘Diane,’ as a former actress and workout guru who is the new owner of the hottest hotel in Acapulco.  Tell us about the “Jane Fonda-esq” tie into your character? Were you a Jane Fonda fan growing up?

A: As confident as I was to play a former soap star, I was equally terrified to play a fitness queen!  I love Jane Fonda and I remember those tapes very well and I’m certainly no aerobics expert in real life!  We shot those workout scenes on my first day and I was so nervous. But then I got a glimpse of myself in the mirror with my hot pink tights and sweatbands- wardrobe had done such an amazing job- and I just pretended I was a fitness goddess like Jane.

Q: How did this role come about?

A: The first time I read the script, I thought the whole thing was just terrific and I also felt this beautiful connection to the character of Diane. I heard her voice right away, and it was coming from women I’ve known in my own life which made the role incredibly personal to me- like visiting with an old friend. I immediately sent a text to my manager, my fingers were actually shaking, telling her I had to play this role. Thank goodness, in the end, the powers-that-be agreed!

A: Part of the fun was being able to make such bold choices- not just with the character but with Diane’s whole image. I worked very closely with our makeup, hair and wardrobe team and I feel like we all created Diane together- I couldn’t have done it without them. And when you talk about being transported… that’s really true! We were all bubbled together- the entire cast and crew- and we lived in that big pink resort you see on the show for 3 months. It was never hard to get into character or believe it was 1984 because we were living in it 24/7.

Q: We know you have a degree from Le Cordon Bleu!  Tell us your favorite thing to cook for your family.

A: I’m a big supporter of local farmer’s markets, so naturally, I do a lot of farm-to-table meals. My daughter Jemma is already a budding chef at 5 years old, so we cook a lot together. Our specialties at the moment are Eggplant Parmesan, a Brown Sugar Glazed Salmon, and on Sundays, we make these gorgeous platters with cut up veggies, specialty cheeses, and freshly- baked breads with dipping oils and vinegars from our favorite vendors.

Q: There have been so many unbelievable personal success stories coming out of the pandemic.  If you had to identify one silver lining from your experience with the pandemic, what would that be?

A: I would say that I experienced gratitude in a way I never have before. Grateful for my health and my 50 trips around the sun. Grateful for how much I enjoy my husband’s company. And for this priceless time I’ve had with my daughter where I got to dance and draw and be silly and not wear shoes. I made a promise to her at the beginning of the pandemic that we would not lose our joy. I’m most grateful that I kept that promise.

A: I’ve always dreamed of one day being on stage in London’s West End. And if I’m dreaming big, I’d be on stage with British Theatre Royalty. I’d love to be Dame Helen Mirren’s long lost American daughter!

Q: With the world being so unstable and divided, If you could solve one problem in the world, just one, what problem would you solve?

A: Education. And I believe the trickle-down effect would take care of a whole lot of other problems.

Q:  When you are not working, where do you most want to be?

A: During the pandemic, we did something really crazy and bought an RV so we could safely get out and see the world a bit. We had zero motorhome or camping experience but we absolutely fell in love with the whole lifestyle. Being on the road with my family, anywhere really, in our tiny house on wheels, is one of my favorite places to be. As the saying goes… “Home is Where You Park It”

Q: Finish this sentence….I don’t regret much in life, but if I had a chance to do it over again, I would have…….

To learn more about Jessica follow her at @msjessicacollins

Just a few days at the JW Marriott Los Cabos Beach Resort & Spa and I’m head over heels. Inspiring design, killer culinary program, sensational spa offerings and views beyond imagination are just the beginning. Come along as I show and tell you the many reasons why this resort is a standout.