Virginia Beach is full of surprises. 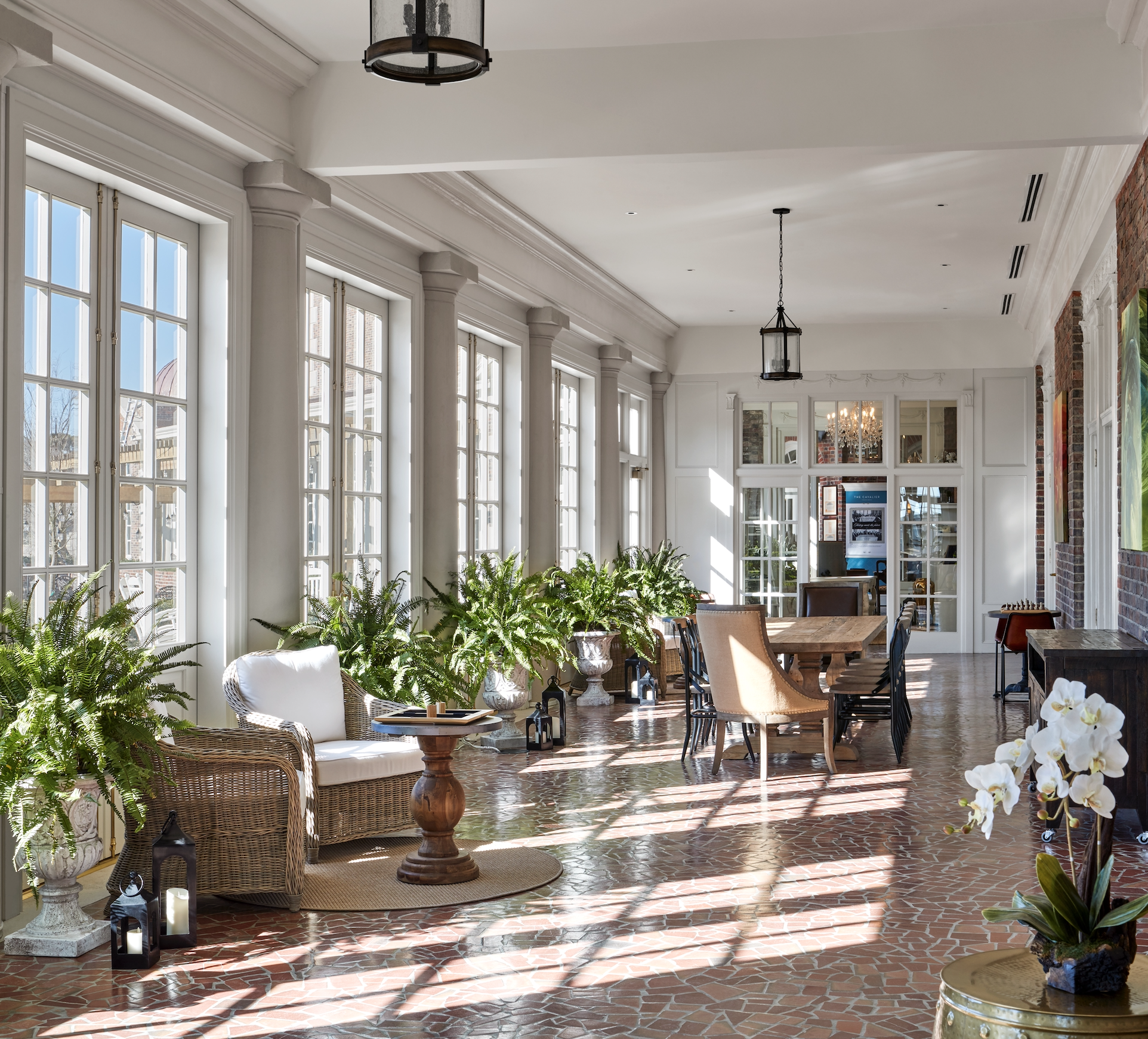 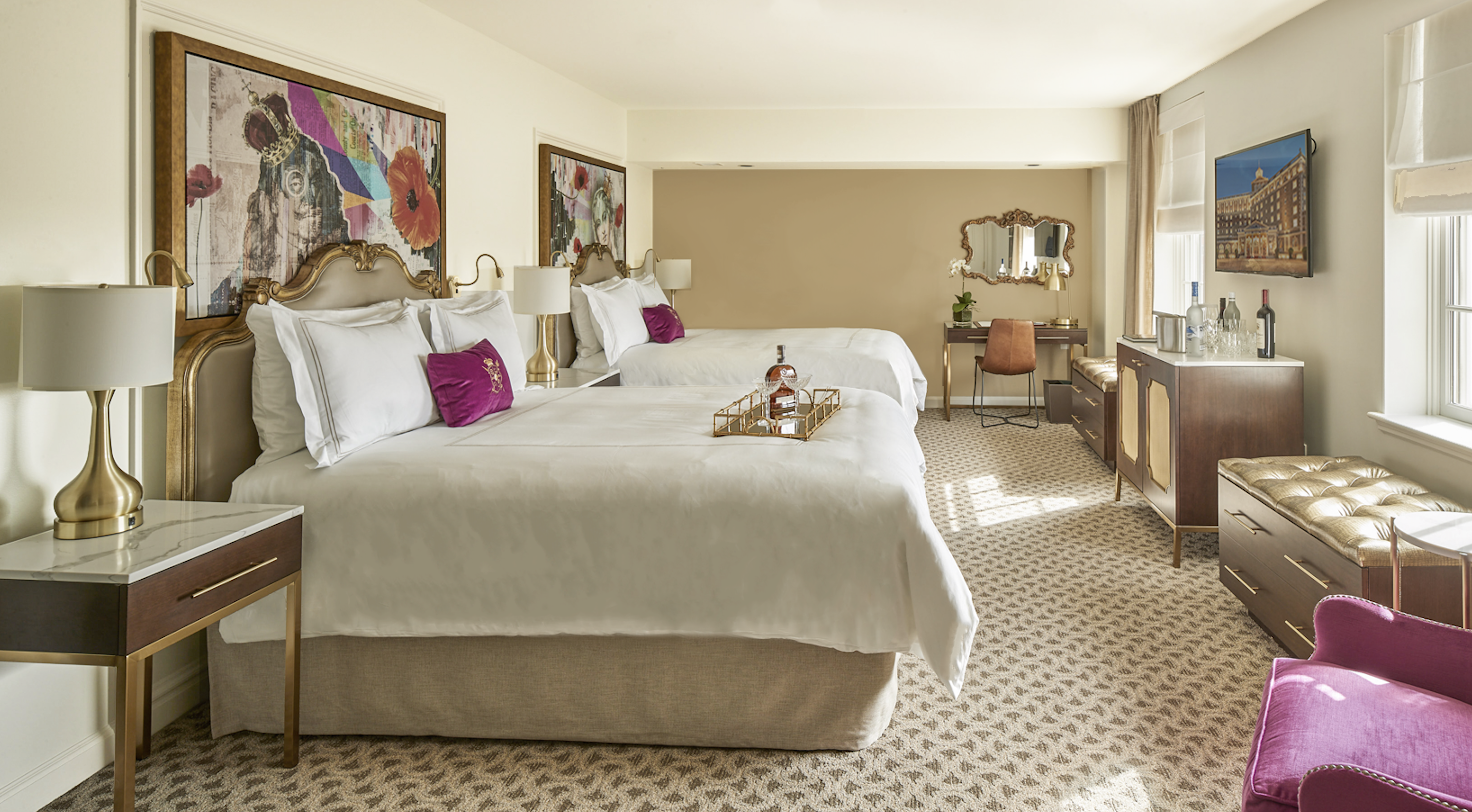 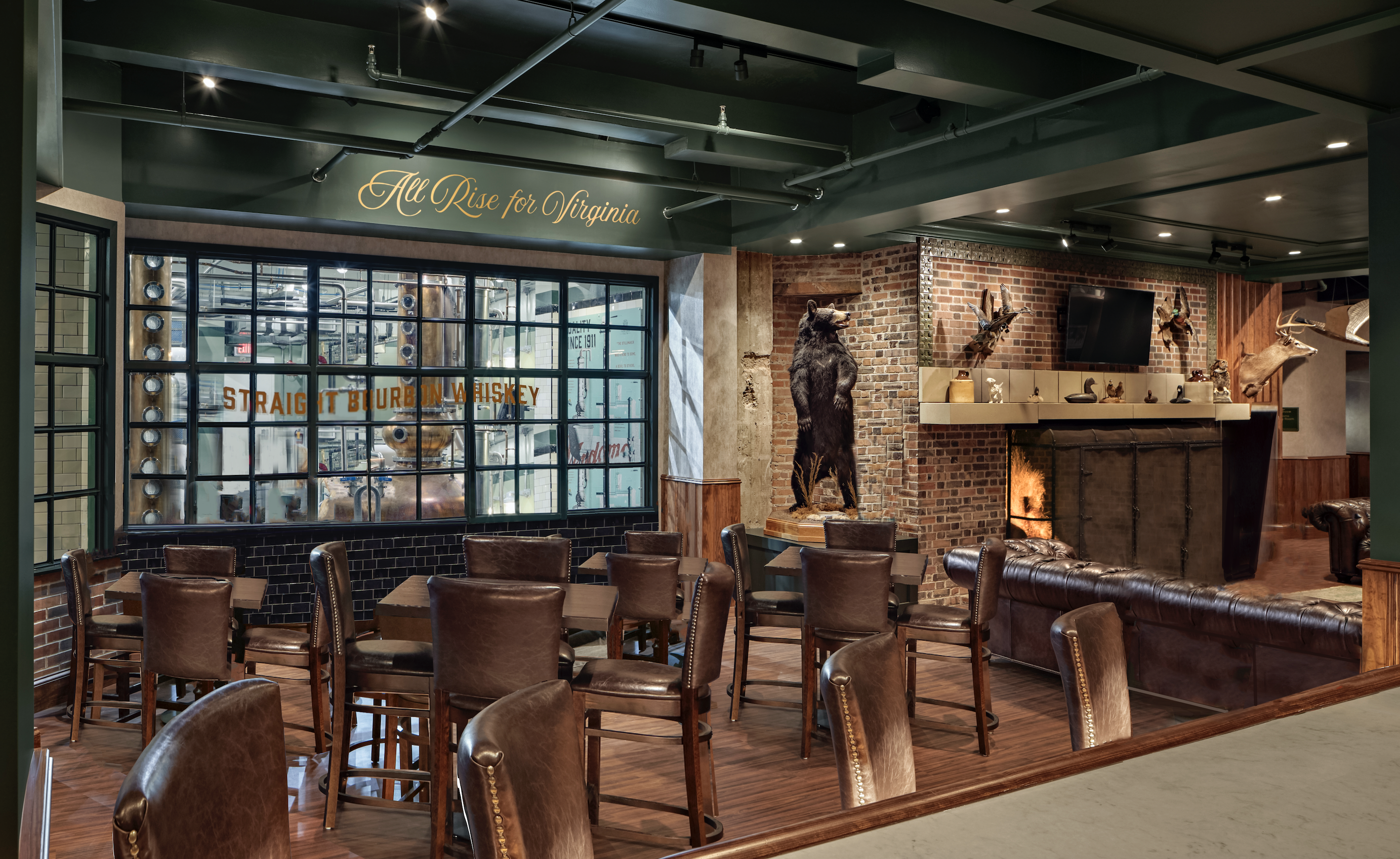 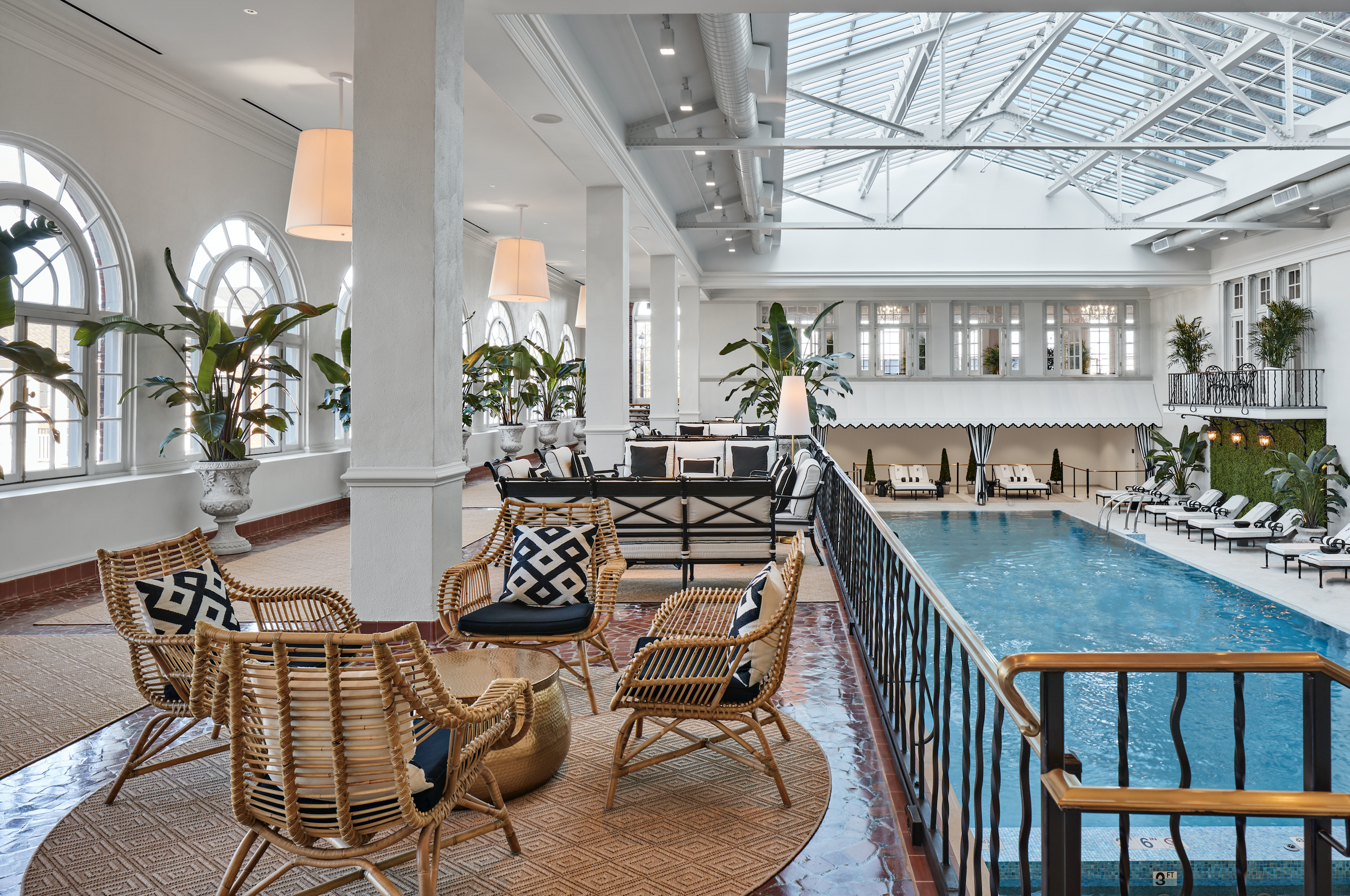 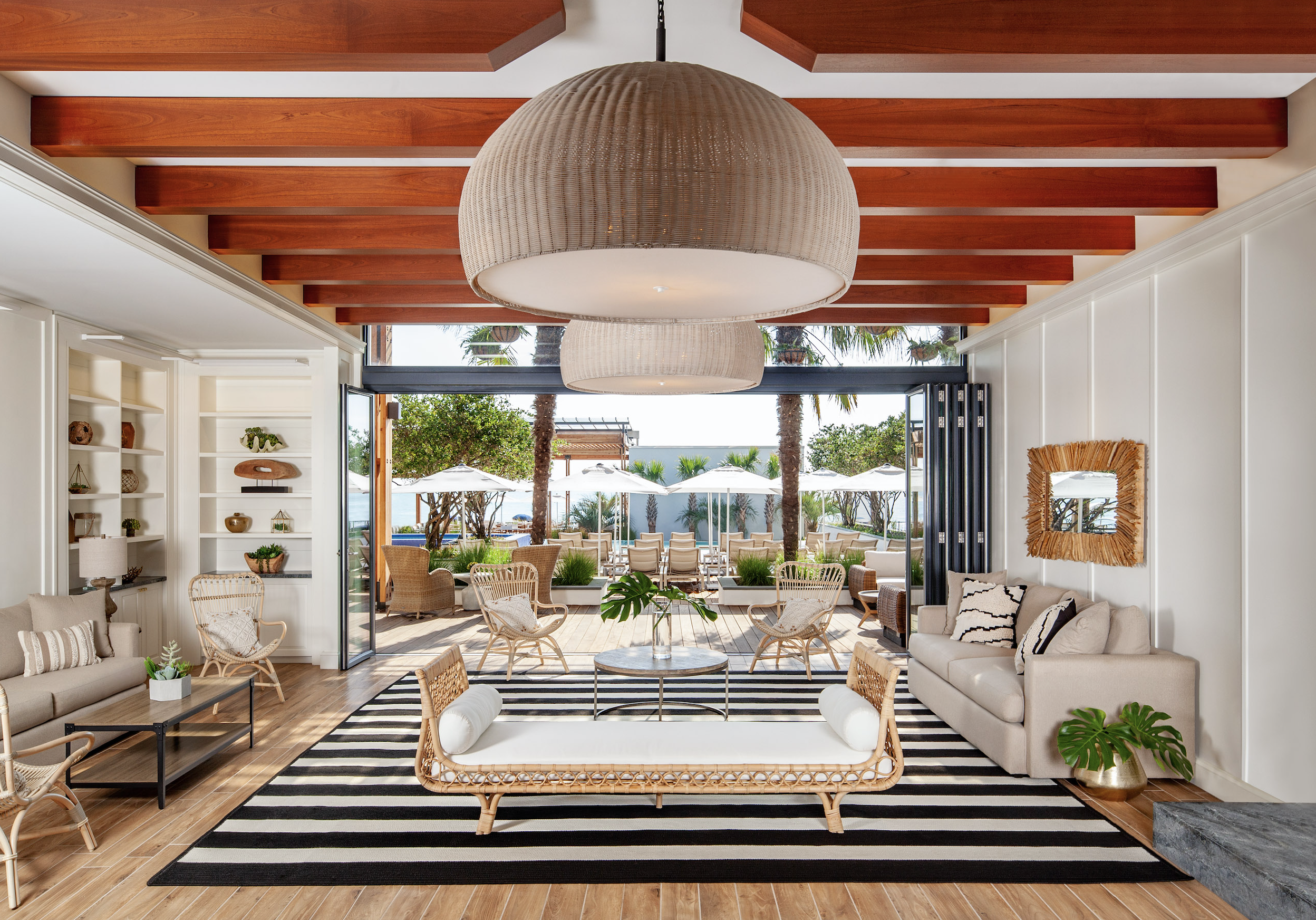 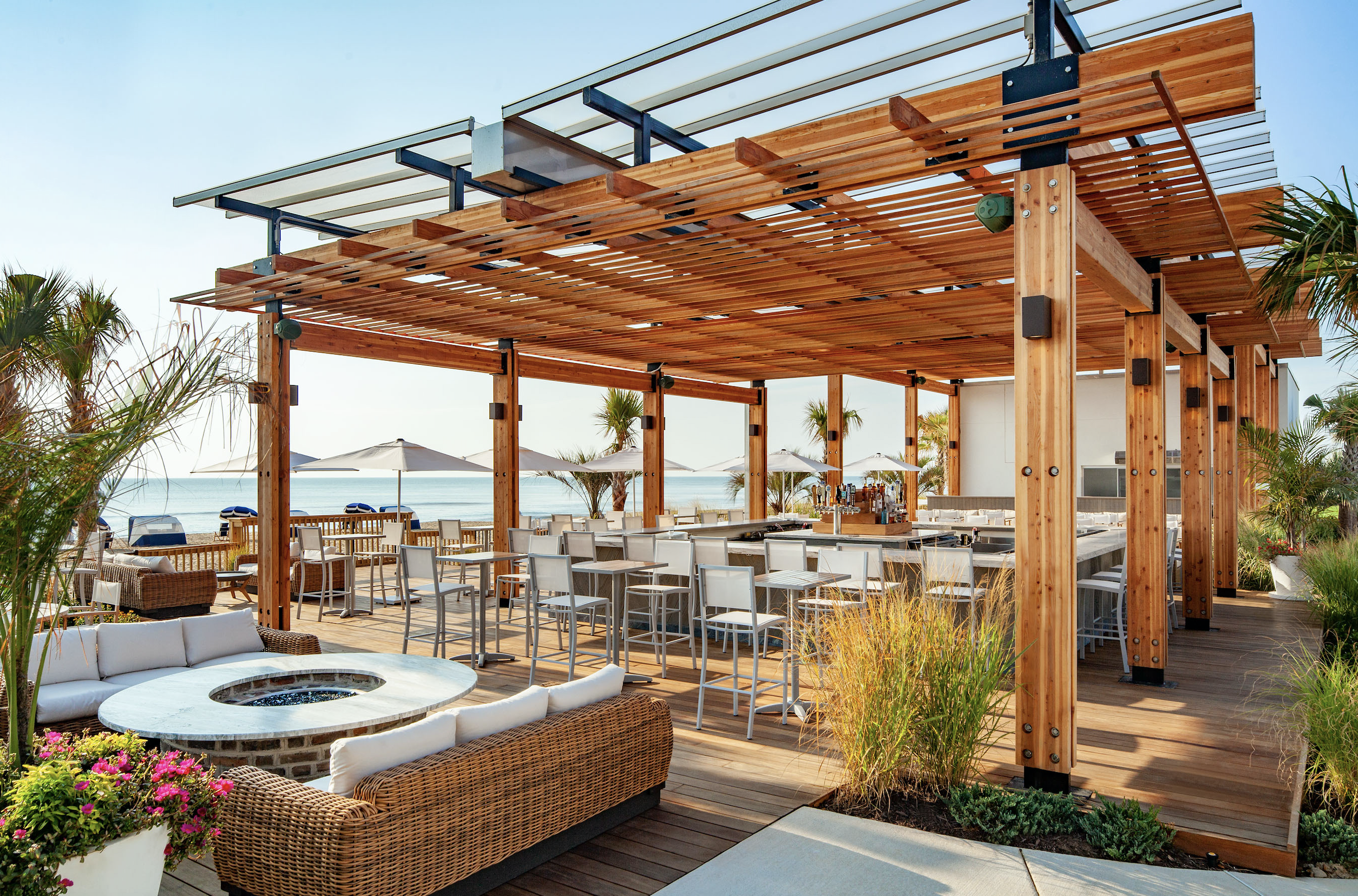 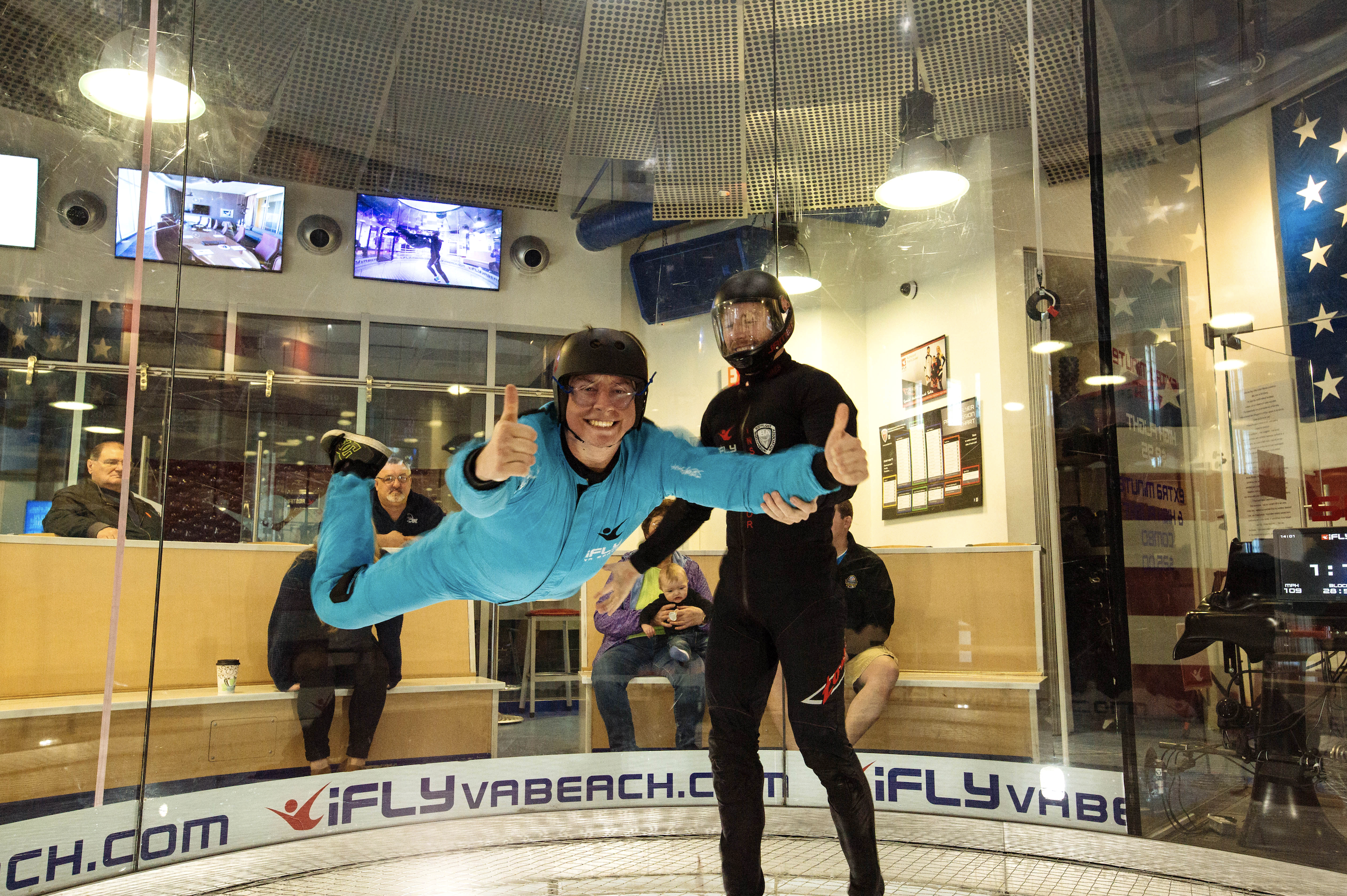 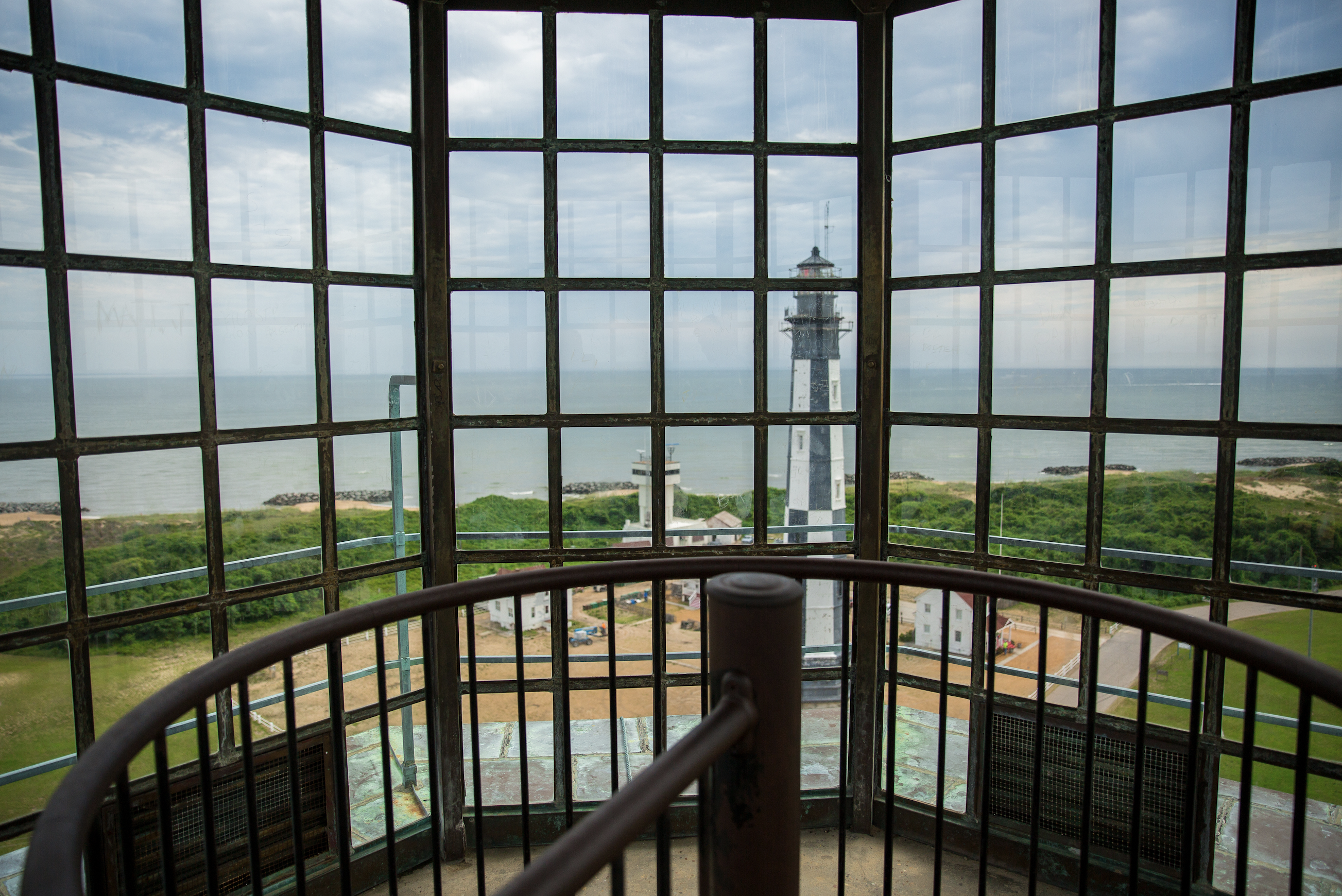 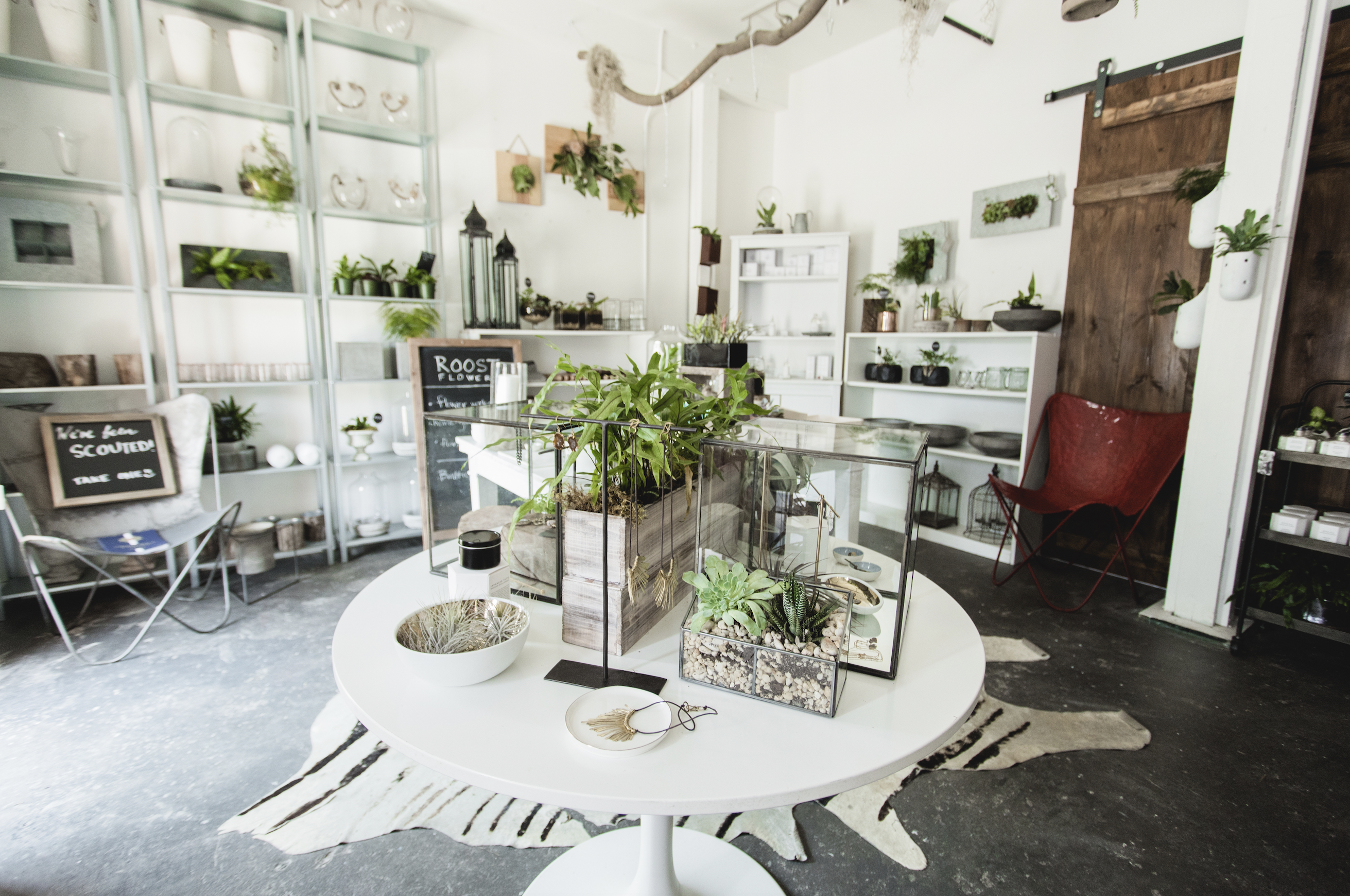 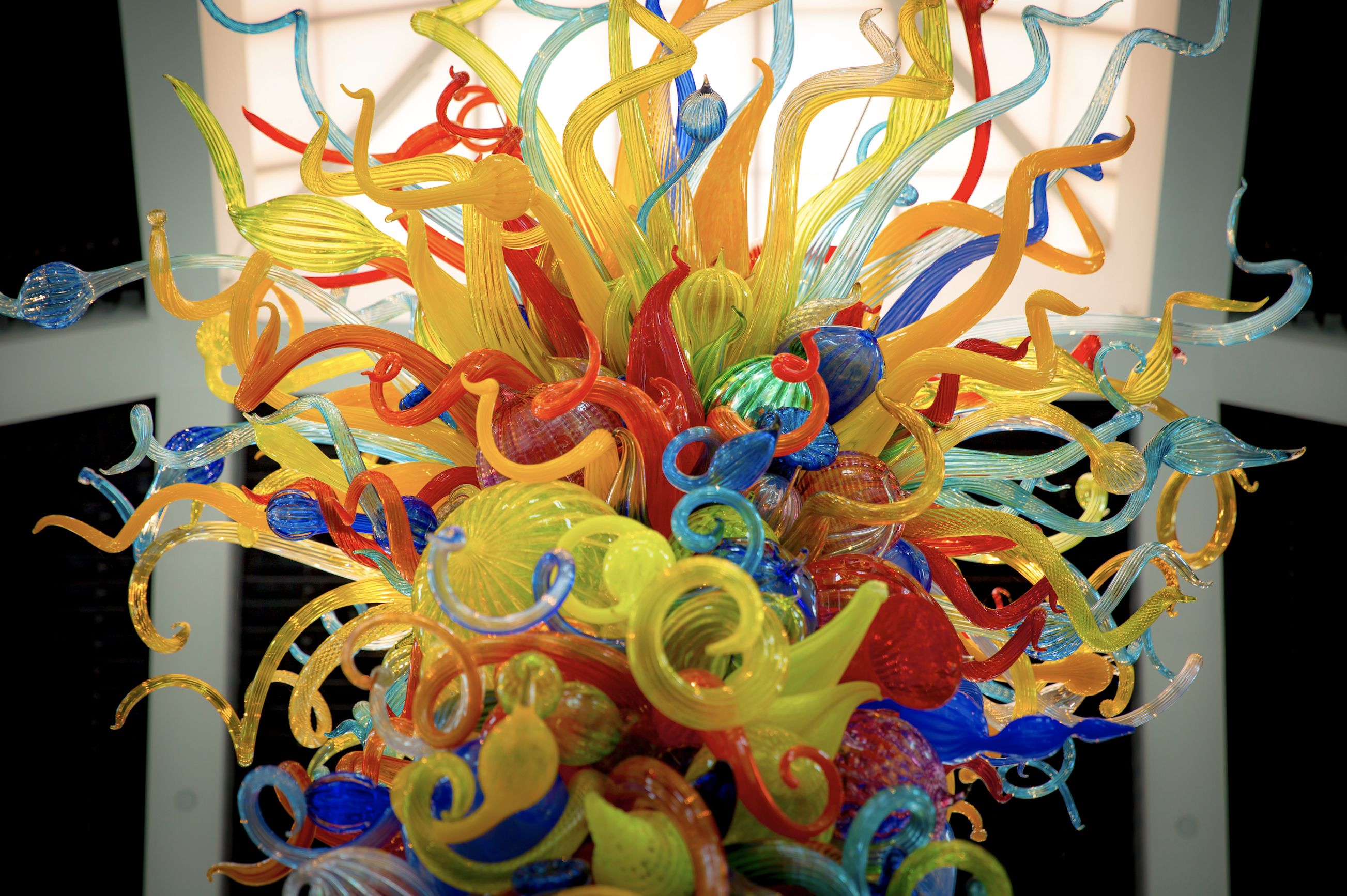 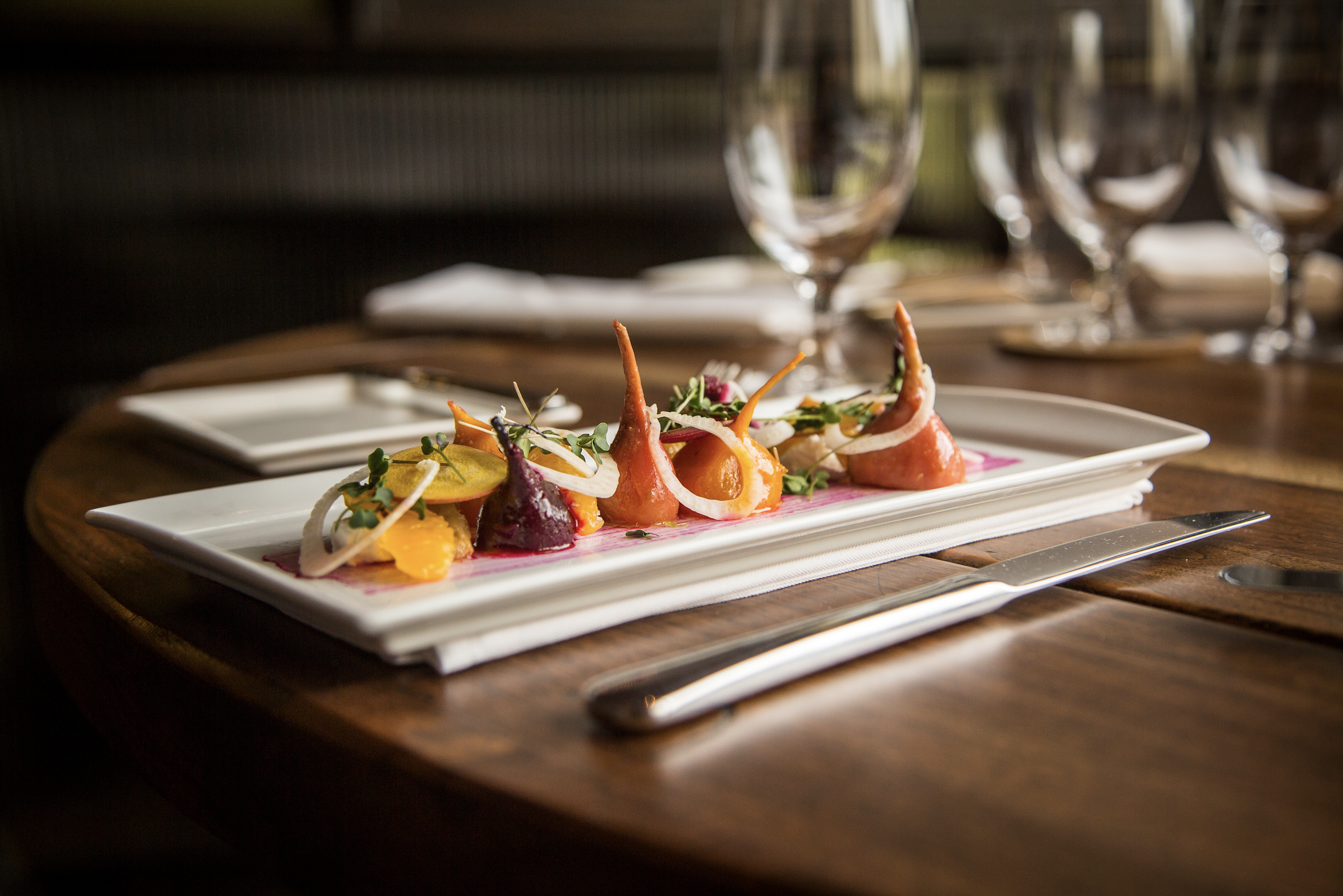 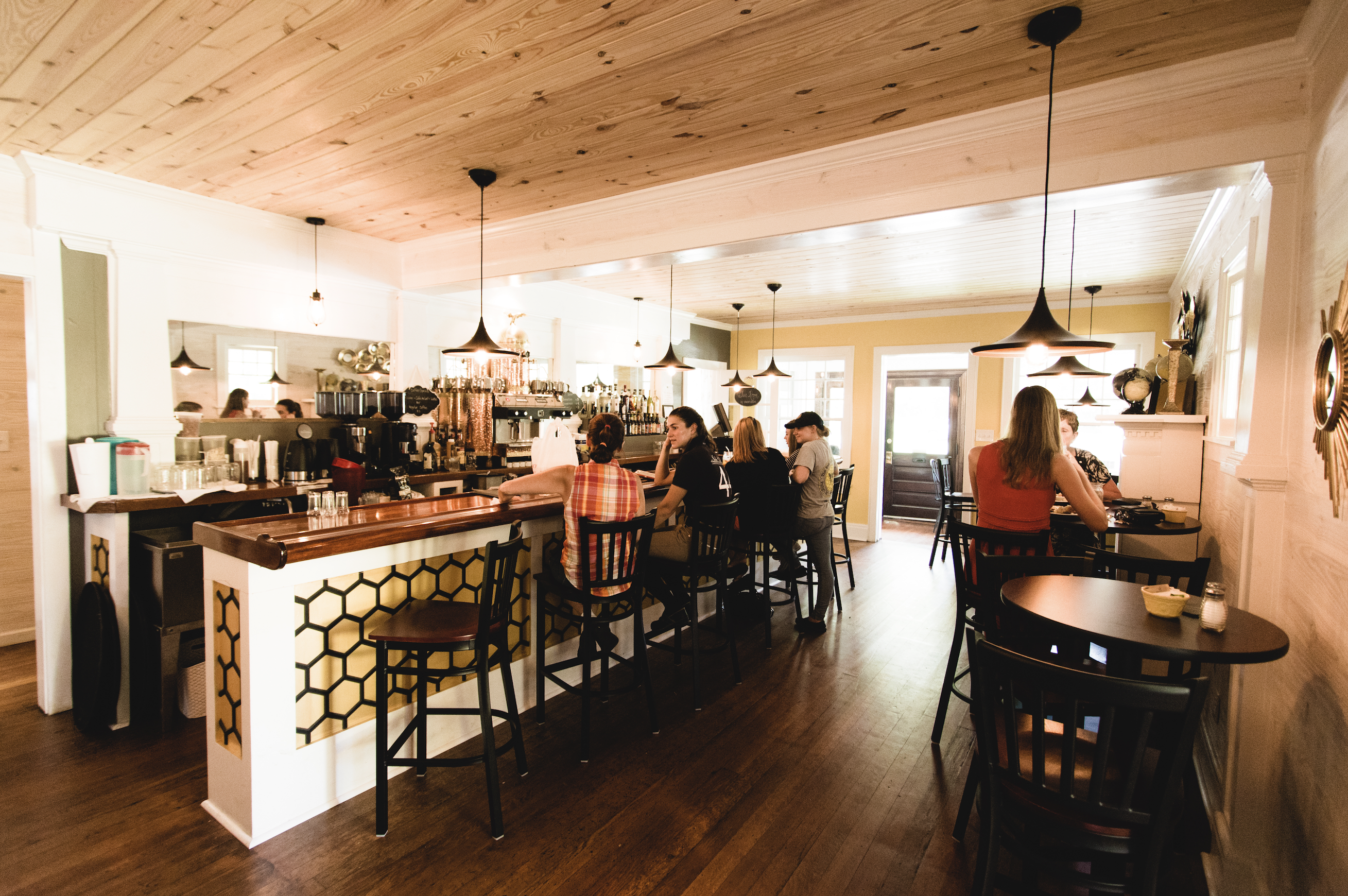 Like many people from the West Coast, I didn’t know much about Virginia Beach until I  heard that Pharrell Williams, a native of the coastal city, held the first annual Something in the Water music festival on the oceanfront in late April—and it was awesome.  So I decided to check it out for myself. My preconceived notions that it might be kind of staid promptly melted away. It’s bigger than I expected, with a lot more to do.  I discovered an extensive food and art scene and one of my new favorite hotels.

Established in 1927 with architectural and design elements that surpassed other hotels in the area, The Cavalier Hotel became an icon and transformed the landscape and social scene of the Virginia Beach oceanfront.  The Cavalier hosted 10 U.S. presidents, and celebrities such as Elizabeth Taylor, Judy Garland and Frank Sinatra. Benny Goodman and Glenn Miller and their respective big bands performed here.

Today, The Cavalier is enjoying a rebirth and has become a destination for locals and world travelers alike. After an $85-million, four-year renovation, it re-opened in March 2018, with every detail meticulously restored and modern-day luxury amenities added. Fresh flowers adorn the entrance. The reception area has dark wood and red velvet seating in an intimate, library-like arrangement that includes a vintage radio and a collection of antique telephones. The women’s public restroom has a wall of vintage gilt-framed mirrors. Guest rooms are well appointed with colorful art, contemporary furnishings and a mix of retro pieces, such as an amenity cabinet and a fuchsia velvet club chair.   Fine linens adorn the comfortable beds.

Becca, a warm, unpretentious farm-to-table restaurant, serves cuisine with local ingredients, many from the chef’s garden.

The Hunt Room is an intimate tavern and distillery warmed by a crackling fire in an open hearth. The sophisticated, yet rustic fare (Brunswick stew, duck fat-fried poutine, bacon-wrapped pork tenderloin) is washed down by hand-crafted cocktails, beers and selections from a lengthy list of whiskeys and bourbons.

Attached to the Hunt Room, the Tarnished Truth Distilling Company carries out the ancient process of barrel aging fine libations in handcrafted copper and brass tanks. In the tasting room, visitors can sample the spirited results—bourbon, rye whiskey, special small batch varieties, AVA Vodka—which are available for sale in the distillery and mixed into The Hunt Room’s signature cocktails. In addition, private and hourly tours are available. cavalierhotel.com

Located in southern Virginia Beach, False Cape State Park is a mile-wide barrier spit between the Back Bay and the Atlantic Ocean, with hiking and biking trails. One of the coolest ways to explore False Cape State Park is on a fat tire bike. With plump tires, these all-terrain bicycles feel more like floating than riding. We hopped on our fat tire bikes and rode the gravel trails, passing marsh land and bird life on our way to the sandy beach, where we saw dolphins. It was great exercise and great fun. visitvirginiabeach.com

Fear kept skydiving off my bucket list, but a simulated experience at iFly Virginia Beach definitely turned me into a thrill seeker. The experience creates the feeling of free-fall without having to jump out of a plane. Virginia Beach’s indoor skydiving experience is for all ages (except the very small) with no prior experience necessary. Groups receive a tutorial and follow the instructor inside a state-of-the-art wind tunnel, where they’re buoyed by wind speeds of up to 180 miles per hour for a full 60 seconds. iflyworld.com/virginia-beach

There are two lighthouses at Cape Henry, within Fort Story military base near the northern end of Virginia Beach. The original Cape Henry Lighthouse, built in 1792, was the first federally funded public works project of the newly formed United States government, authorized by George Washington and overseen by Alexander Hamilton to help boats maneuver the shallow waters of the Chesapeake Bay. If the light was white, the waters were safe. A red light indicated danger. The iron staircase and brick lining were added in 1867. Built with the same Aquia sandstone as much of Washington, D.C., the lighthouse guided sea travelers to safety for almost 100 years. It’s worth climbing the 191 steps to the top to enjoy a 360-degree view of the area, including the “new” Cape Henry Lighthouse, a distinctive black and white striped cast iron structure that was built adjacent to the original in 1881. preservationvirginia.org/historic-sites/cape-henry-lighthouse/

ViBe Creative District is an arts, culture and technology enclave in a revitalized part of Virginia Beach’s oceanfront, with vibrant murals, sidewalk art, restaurants, boutiques and nightspots. Everywhere you look, you’ll find originality. There’s 1701, a co-working space for entrepreneurs, freelancers and other creatives; Three Ships Coffee, which began as a table at a farmers market and grew into a brick-and-mortar store; a hand sign painter; and a specialty leather bags shop. vibecreativedistrict.org

The Virginia Museum of Contemporary Art is the leading contemporary art institution in the state. Regularly changing exhibitions feature painting, sculpture, photography, glass, video and other visual media by local, regional and internationally renowned artists. In an interactive section, museum-goers are allowed to touch, feel and play. Recent shows included an exhibit on Civil War era black history and a juried exhibition of Virginia artists. The only permanent piece in the museum is Dale Chihuly’s Mille Colori, a 14-foot tall, nearly 2,500-pound, multi-colored blown-glass chandelier that hangs just above the heads of visitors in the center of the sunlit Rodriguez Pavilion. virginiamoca.org

Chef/owner Rodney Einhorn opened Terrapin Restaurant in 2006 and instantly raised the bar for fine dining in the area. Recently remodeled, his restaurant’s new and improved kitchen now has a charcoal-burning Josper oven, one of only a few on the East Coast; and a Dolly III pasta extruder. Following the philosophy “Keep it local, fresh and sustainable,” Chef Einhorn sources his ingredients from local sustainable organic farmers (most of whom he credits on the menu), bans hydrogenated oils and high fructose corn syrup, and serves still and sparkling water purified in a zero carbon Vero system. terrapinvb.com

The Bee & the Biscuit

A charming original 1919 cottage is the setting for The Bee & The Biscuit, serving breakfast and lunch daily, and brunch on weekends. Located in the rural community of Pungo in the southern part of Virginia Beach, the homey ambiance is as fab as the food. The specialty biscuits are scrumptious and the cheese grits are addicting. beebiscuit.com

A new resort and top-tier golf course to debut in Saint Lucia.