With is pristine pink sand beaches, clear blue water and welcoming hospitality, Nassau Paradise Island is serviced by more than 40 nonstop flights from most major U.S. cities, yet it feels like it’s a world away. 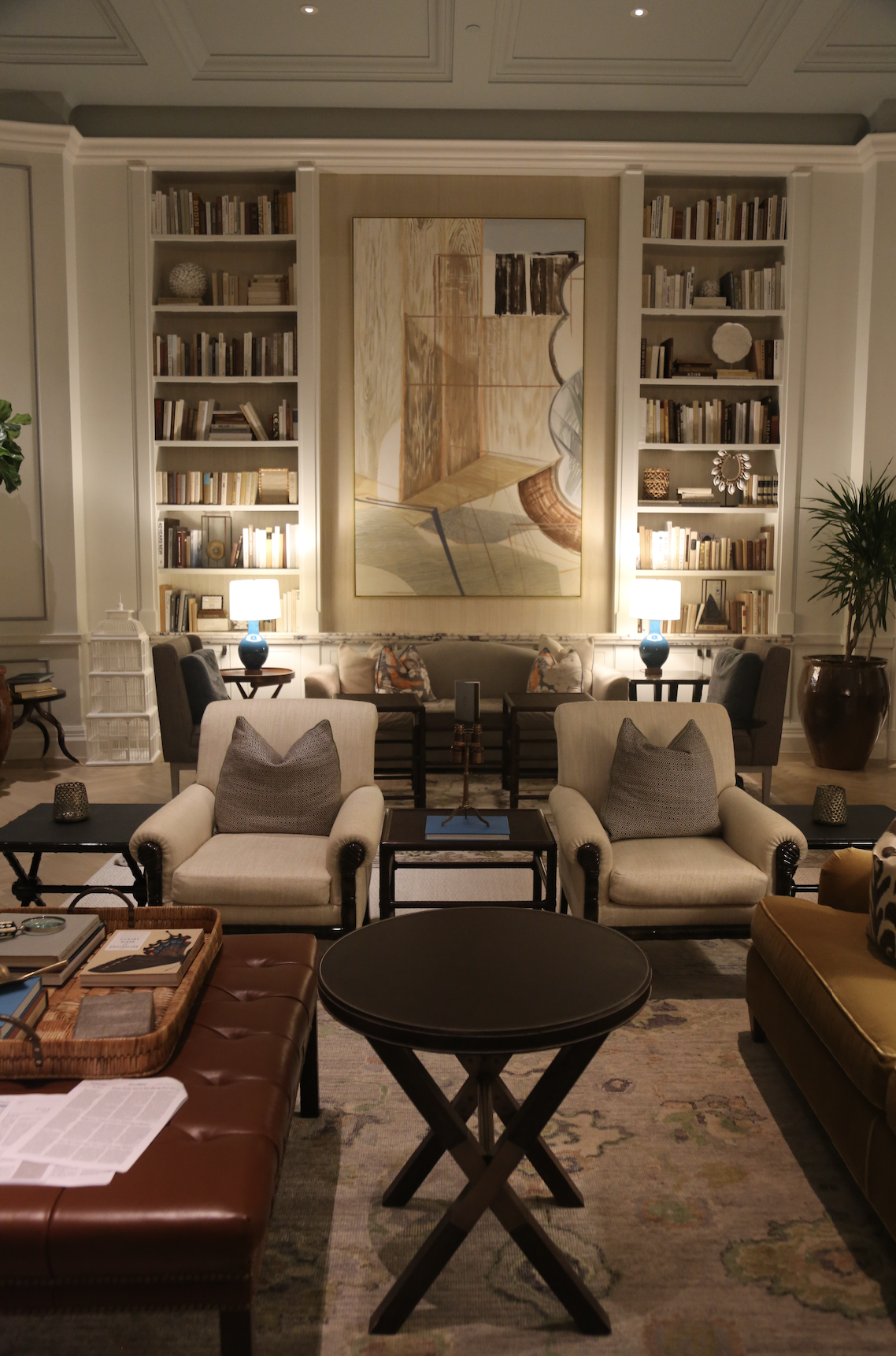 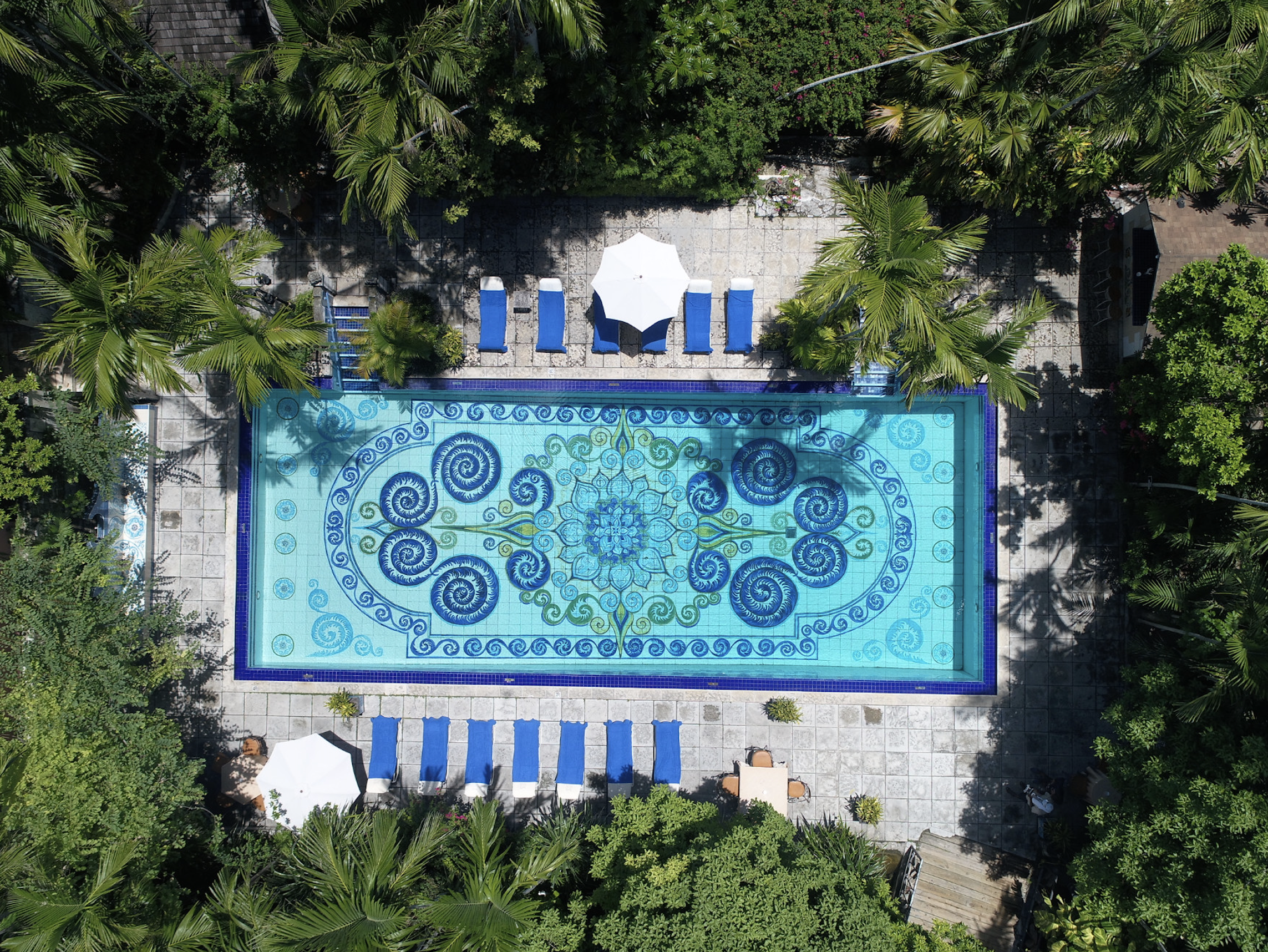 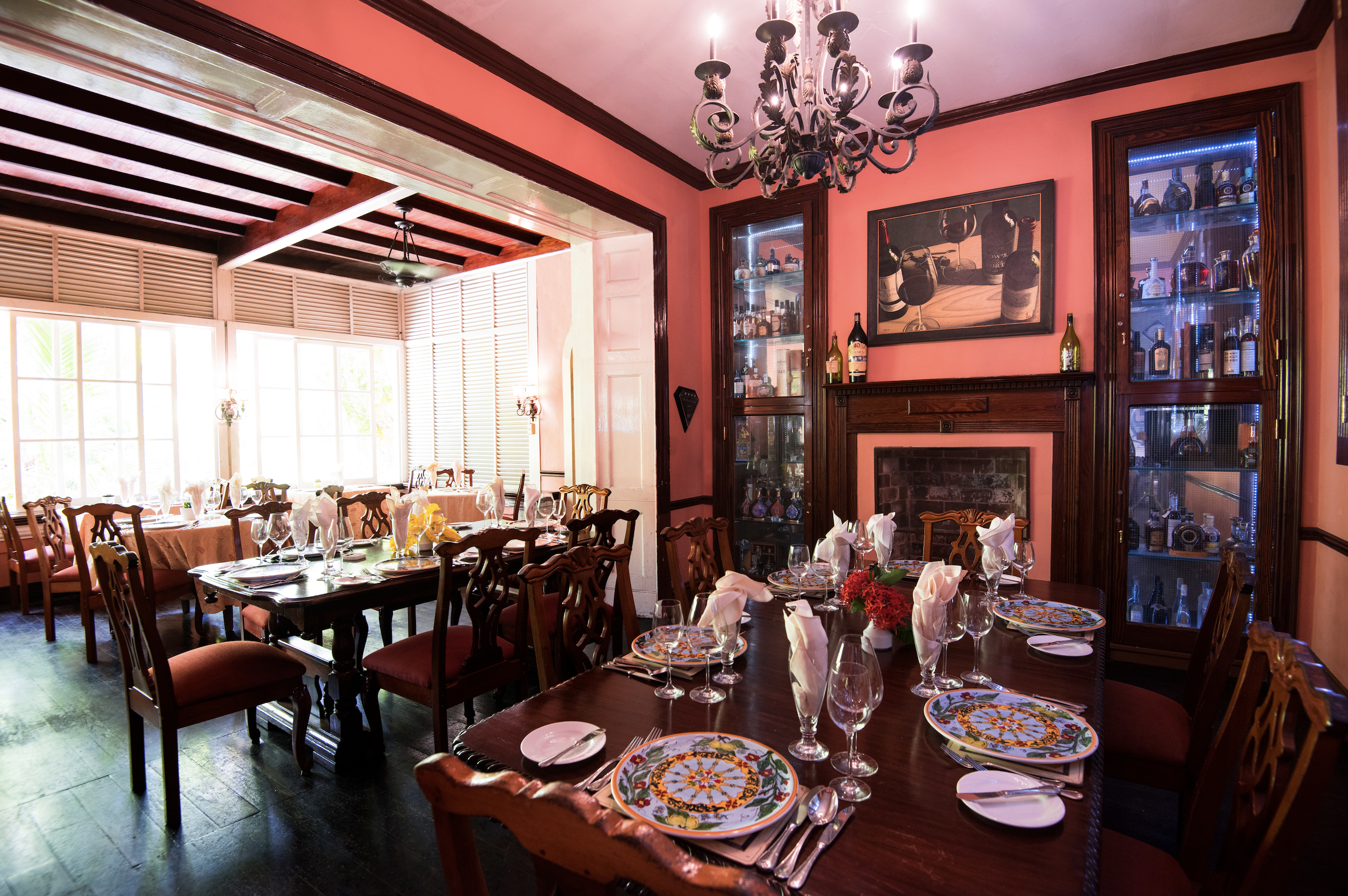 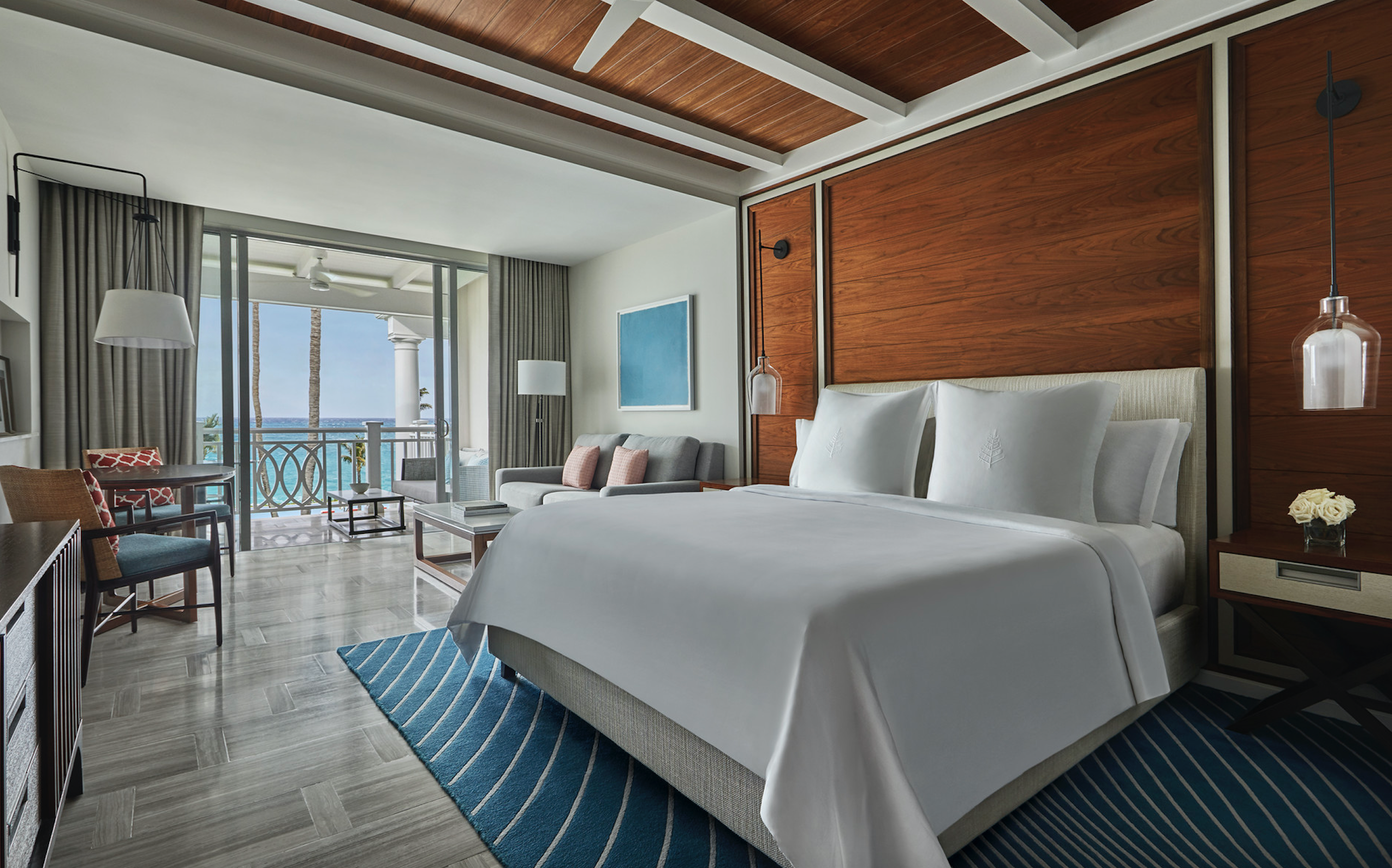 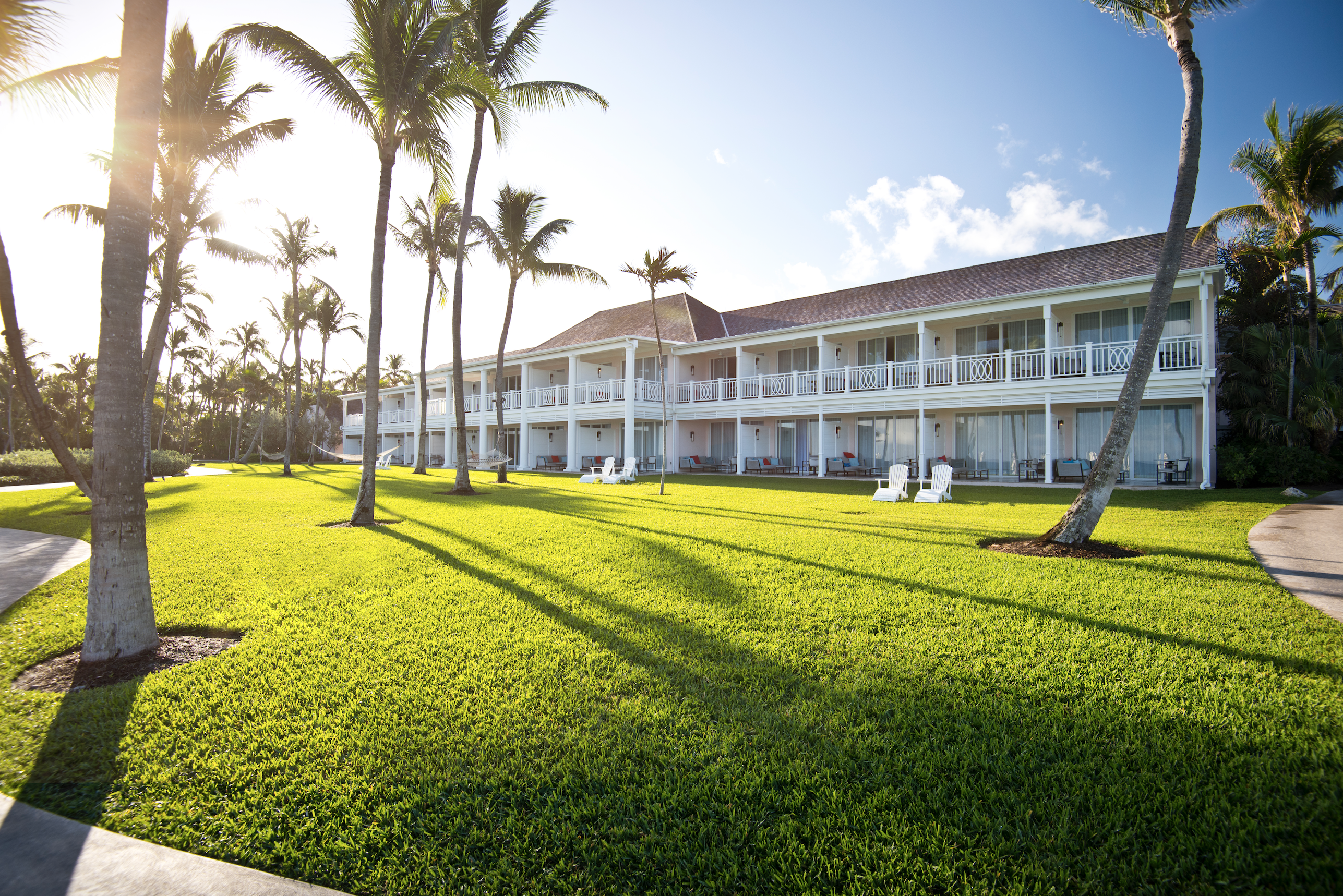 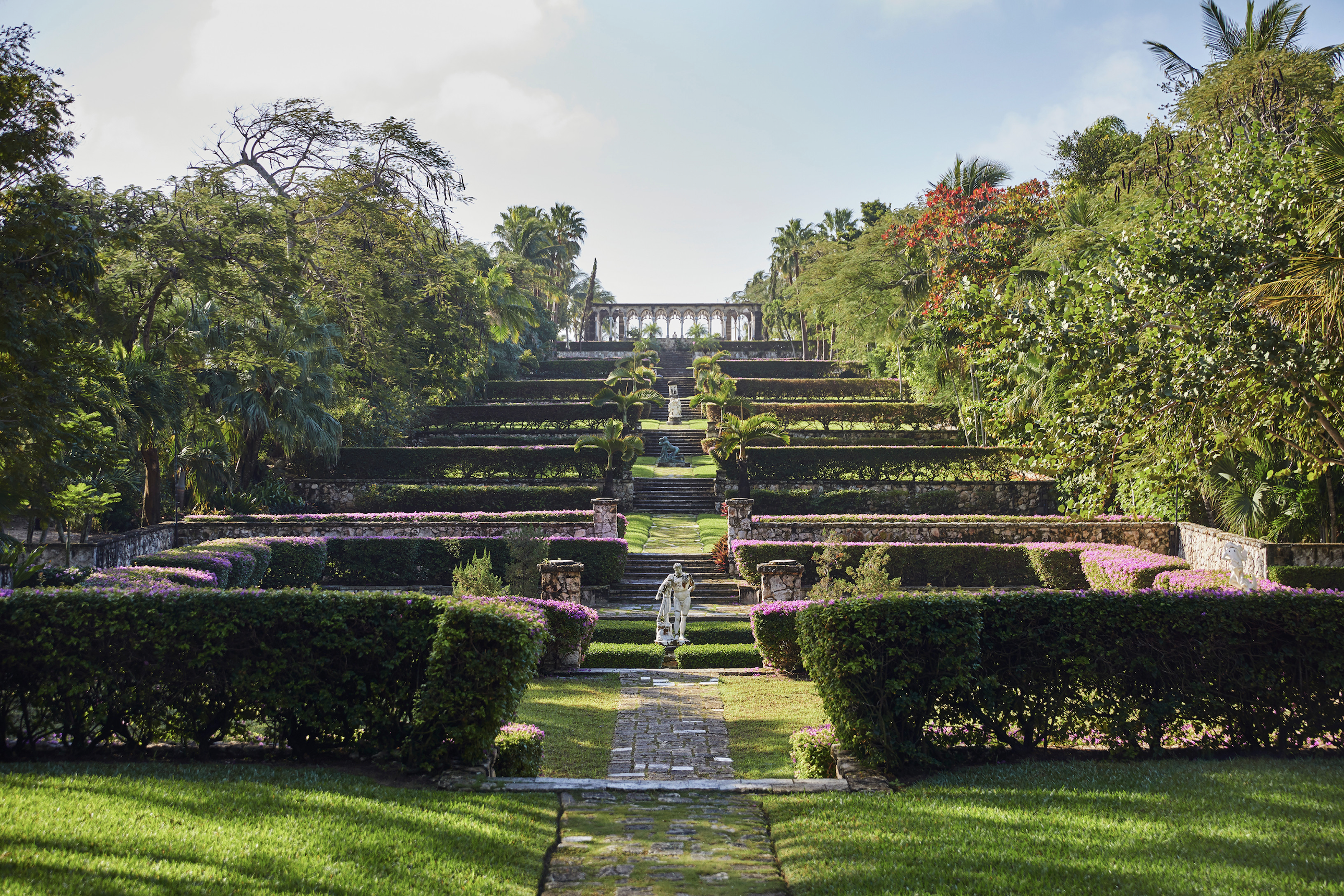 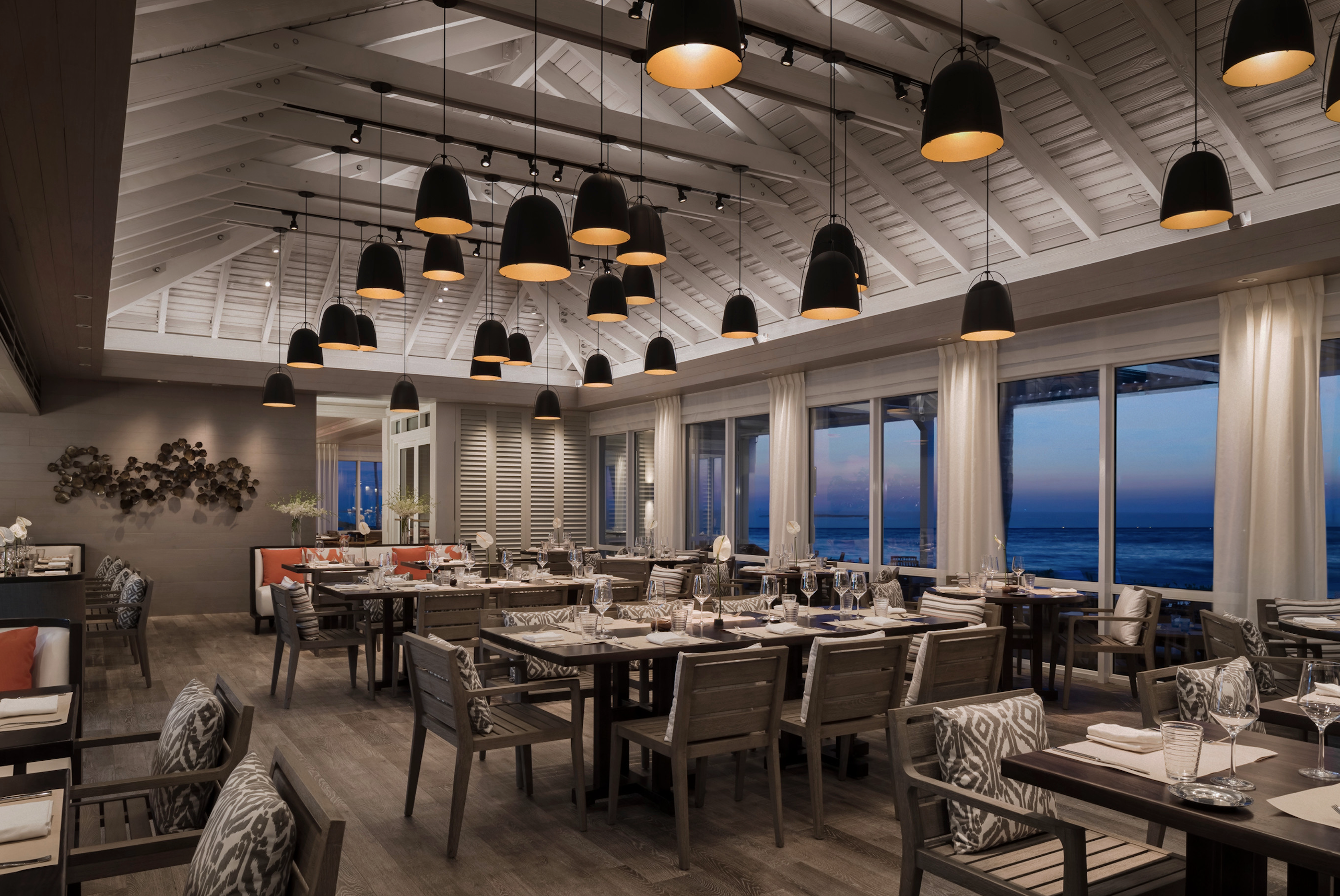 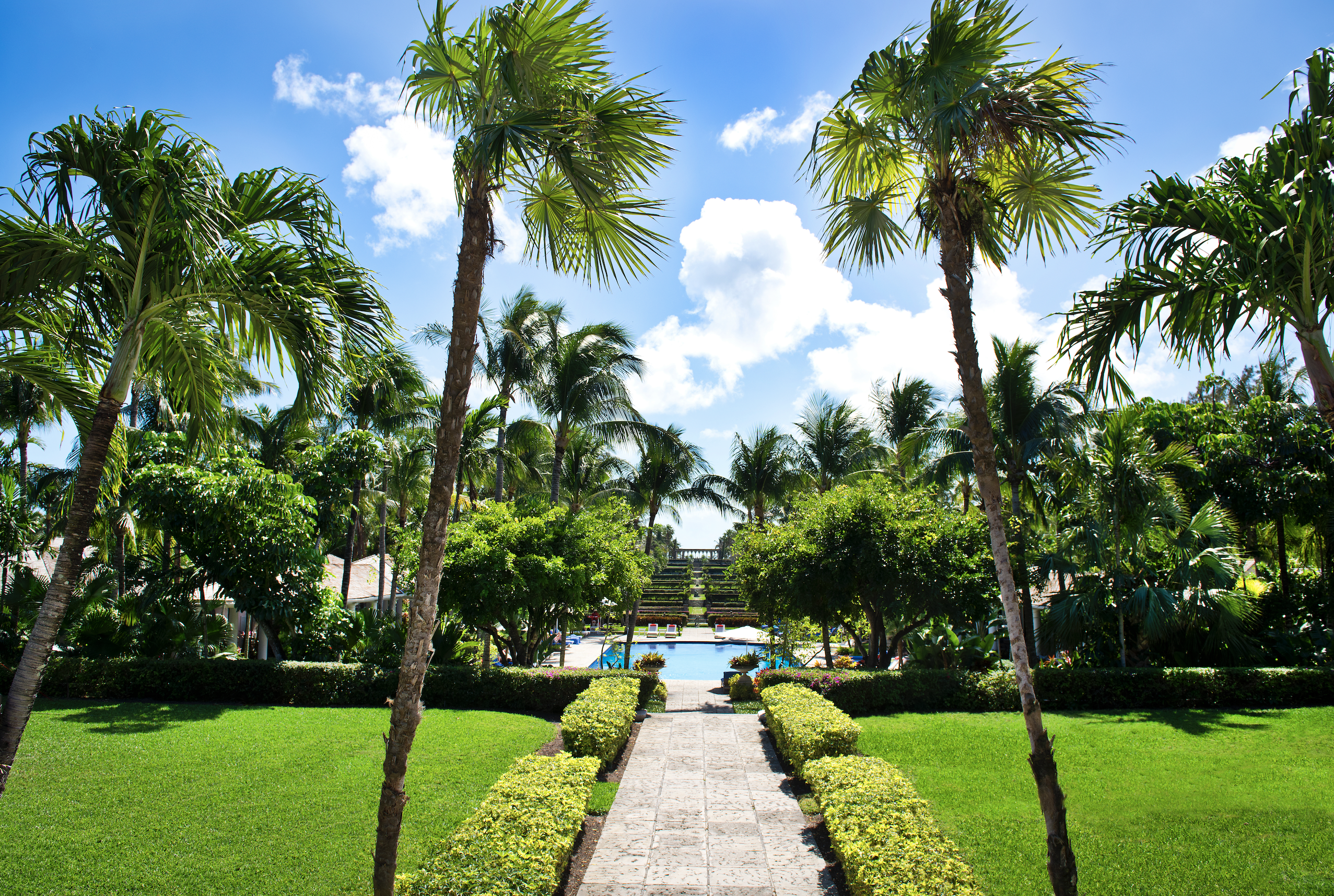 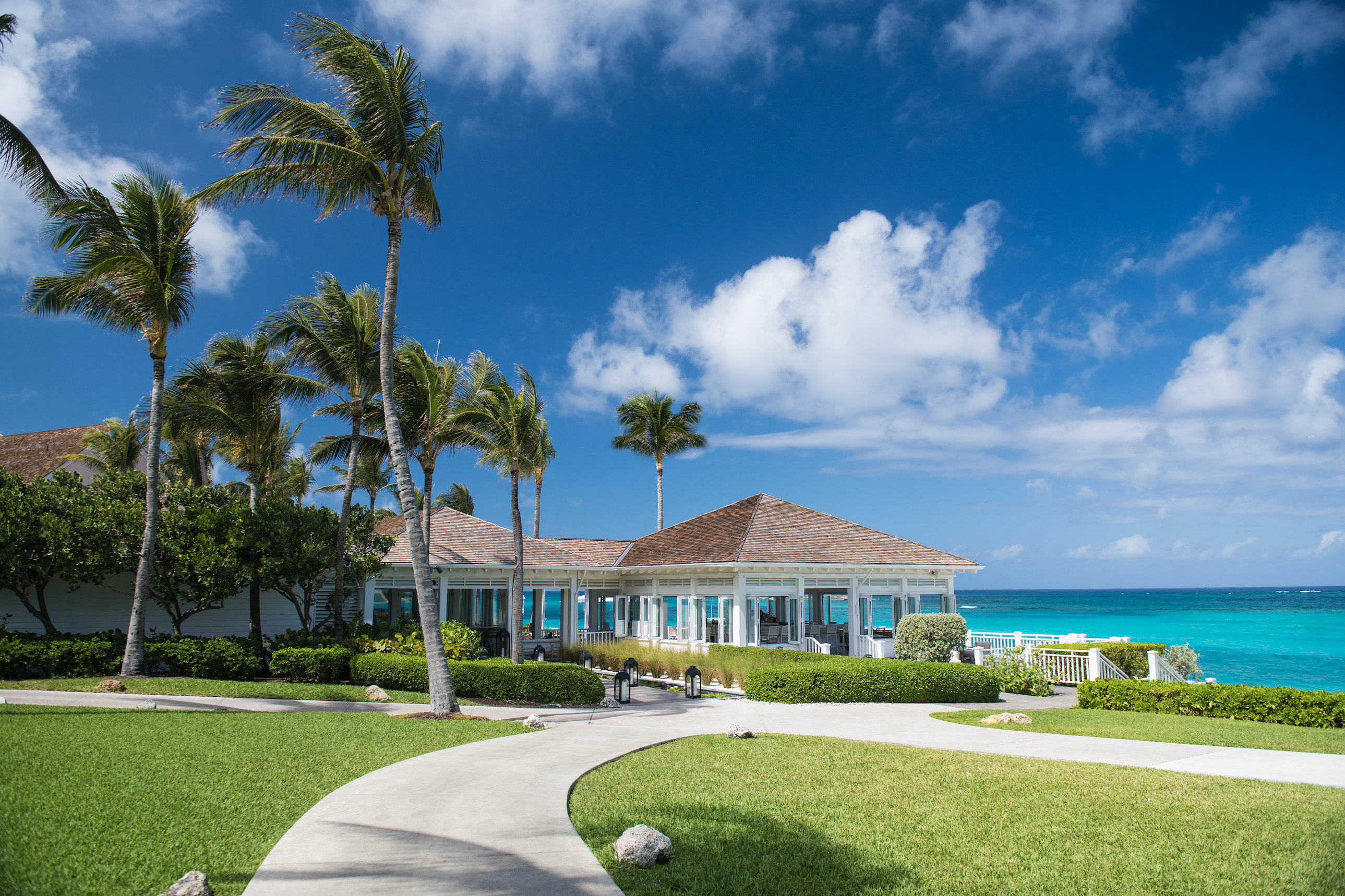 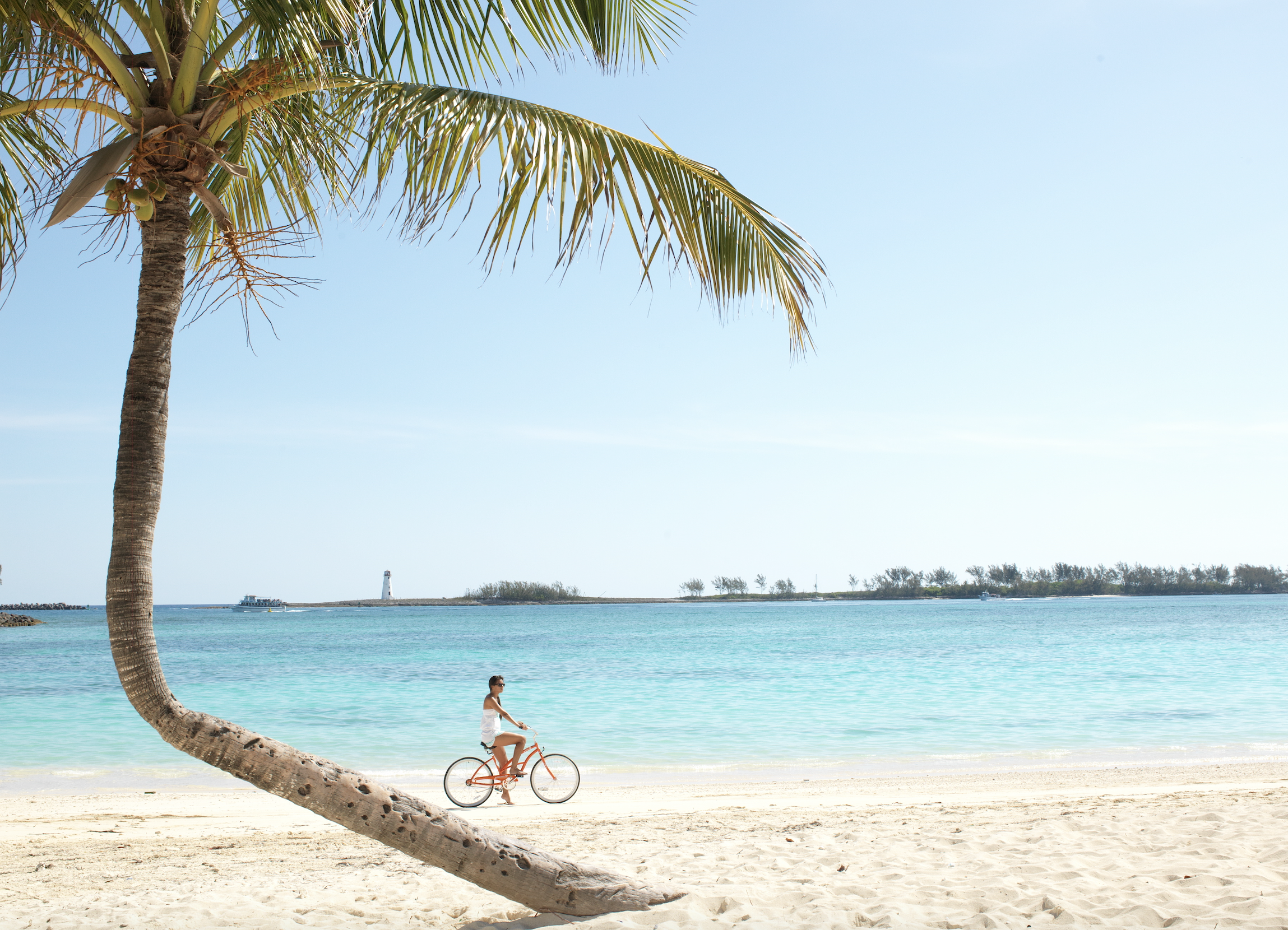 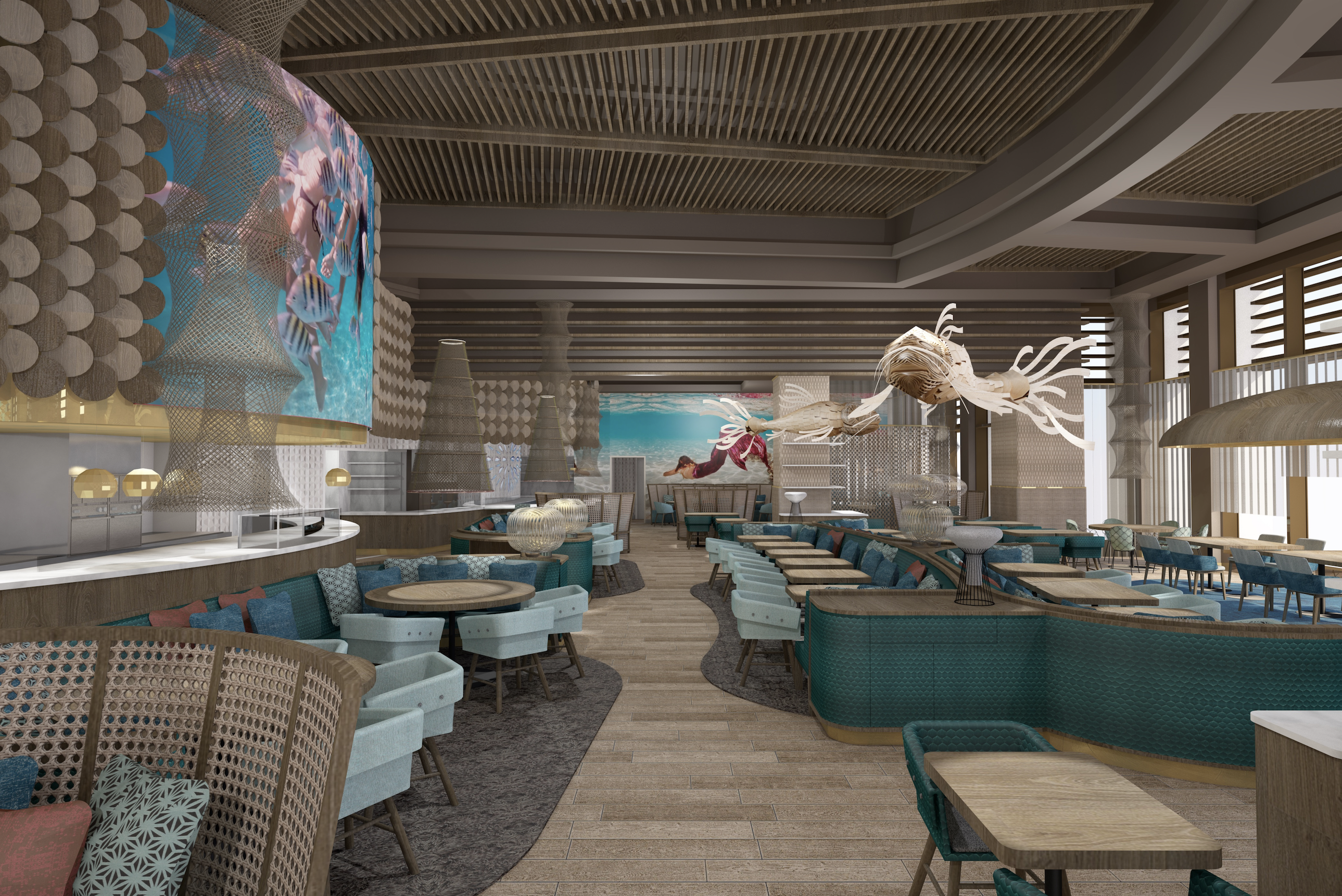 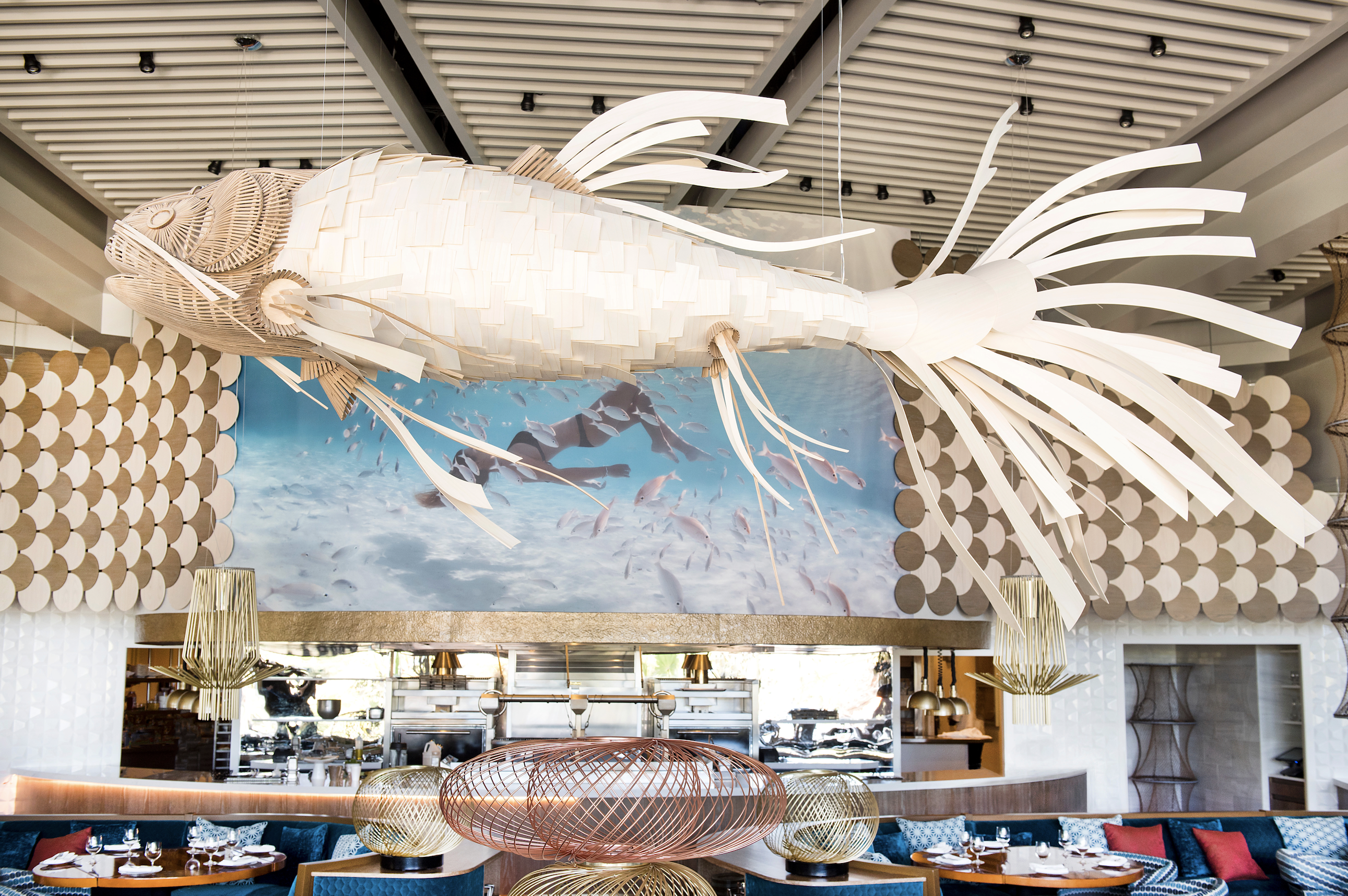 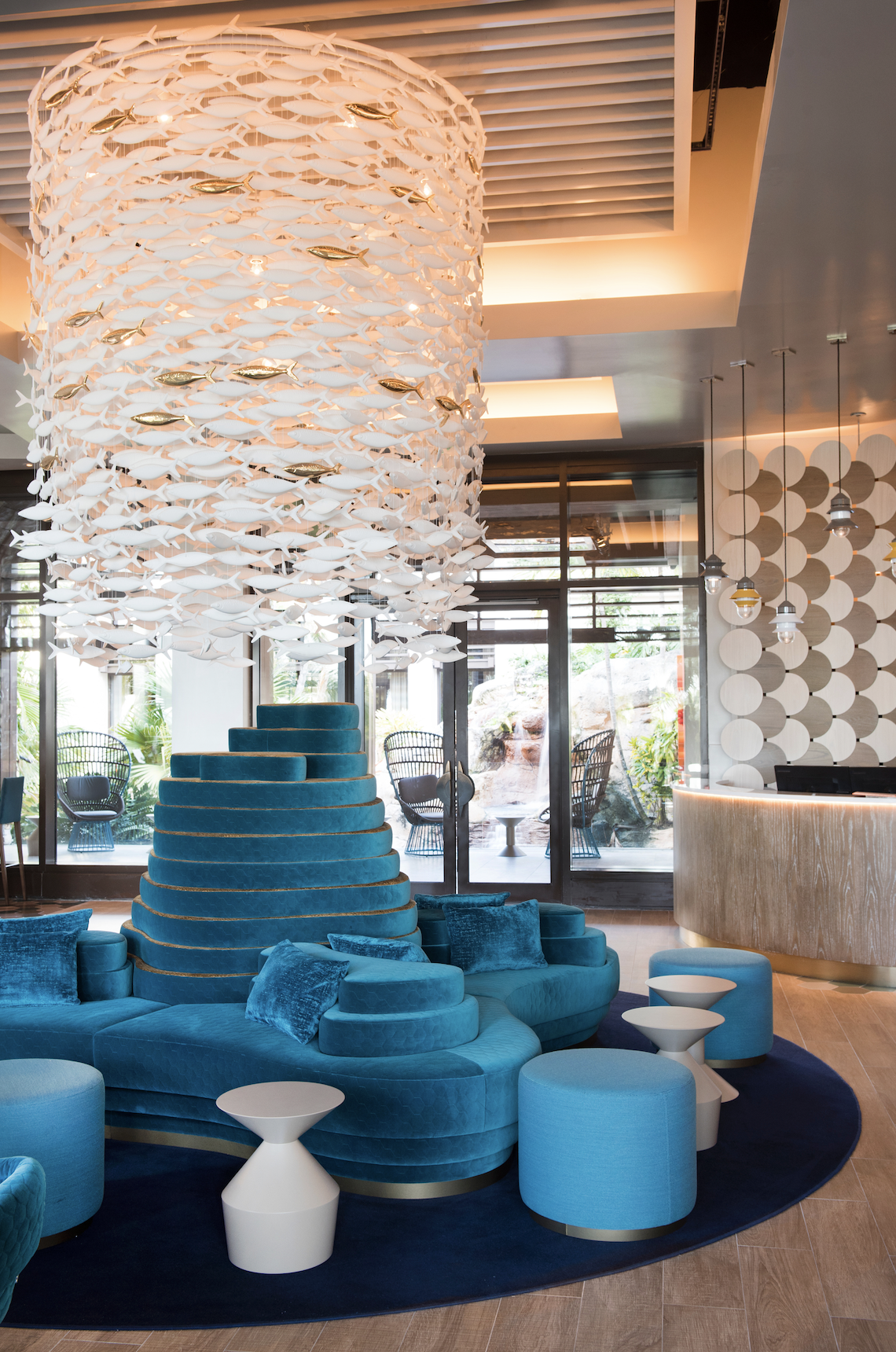 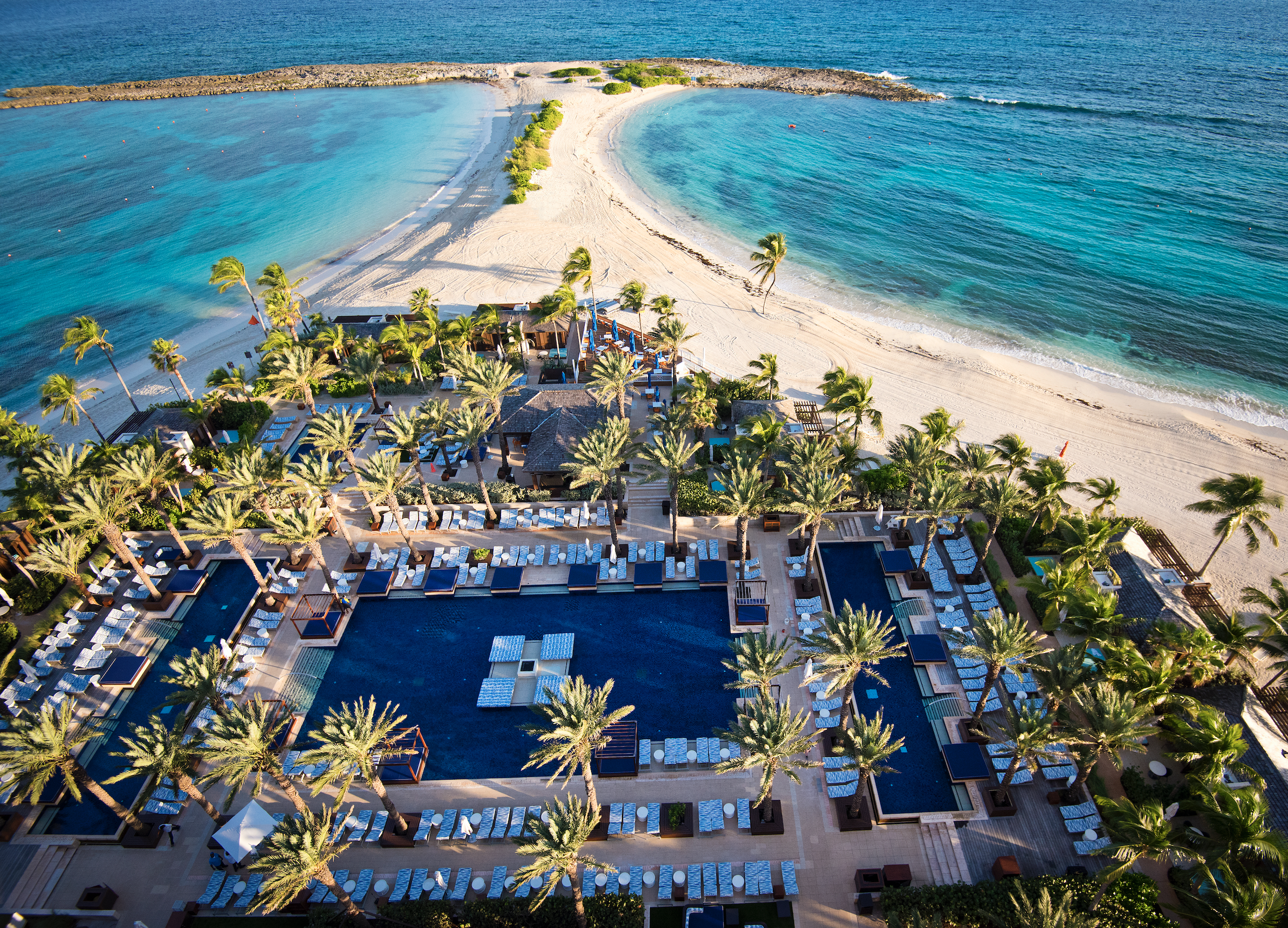 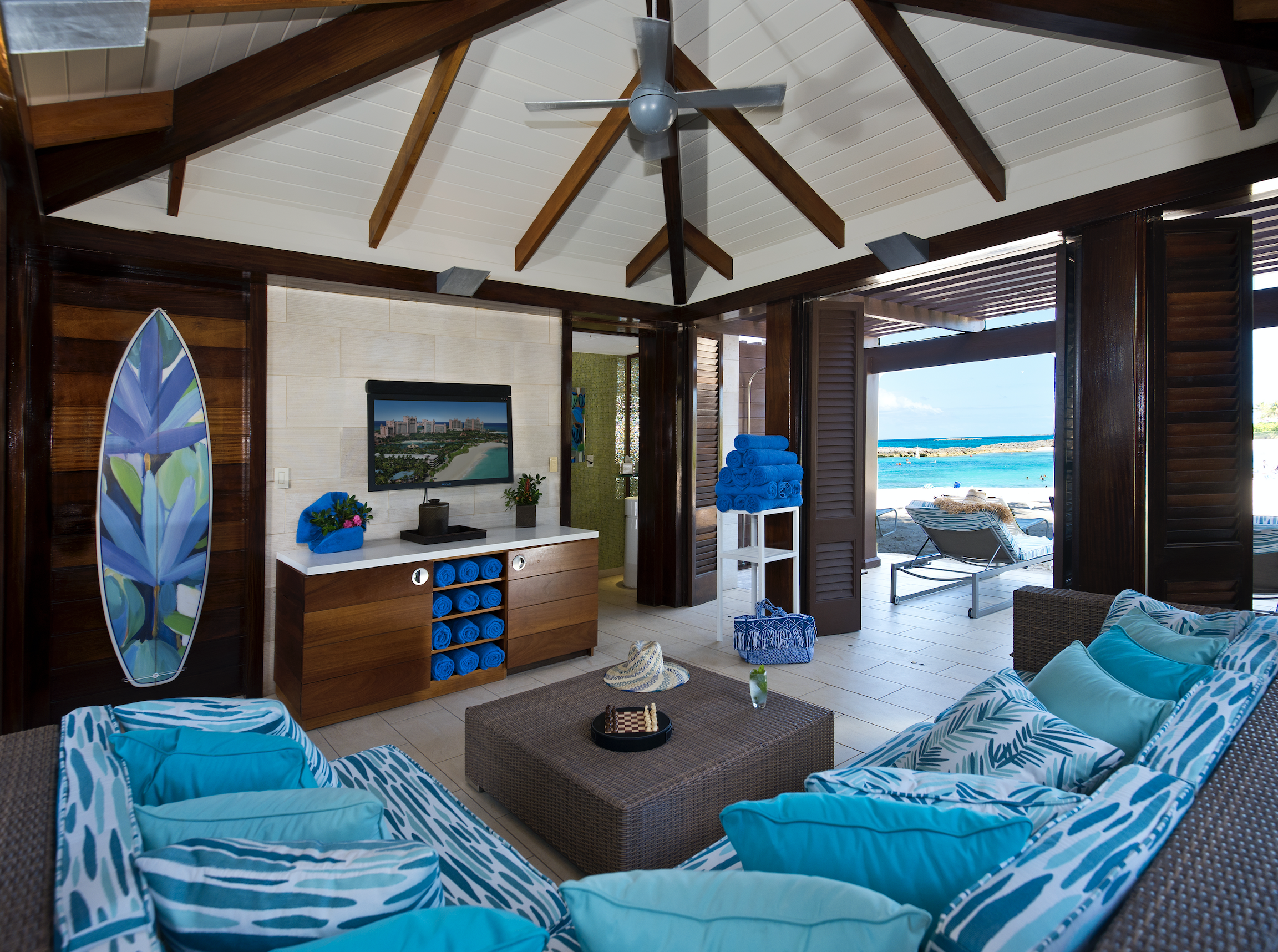 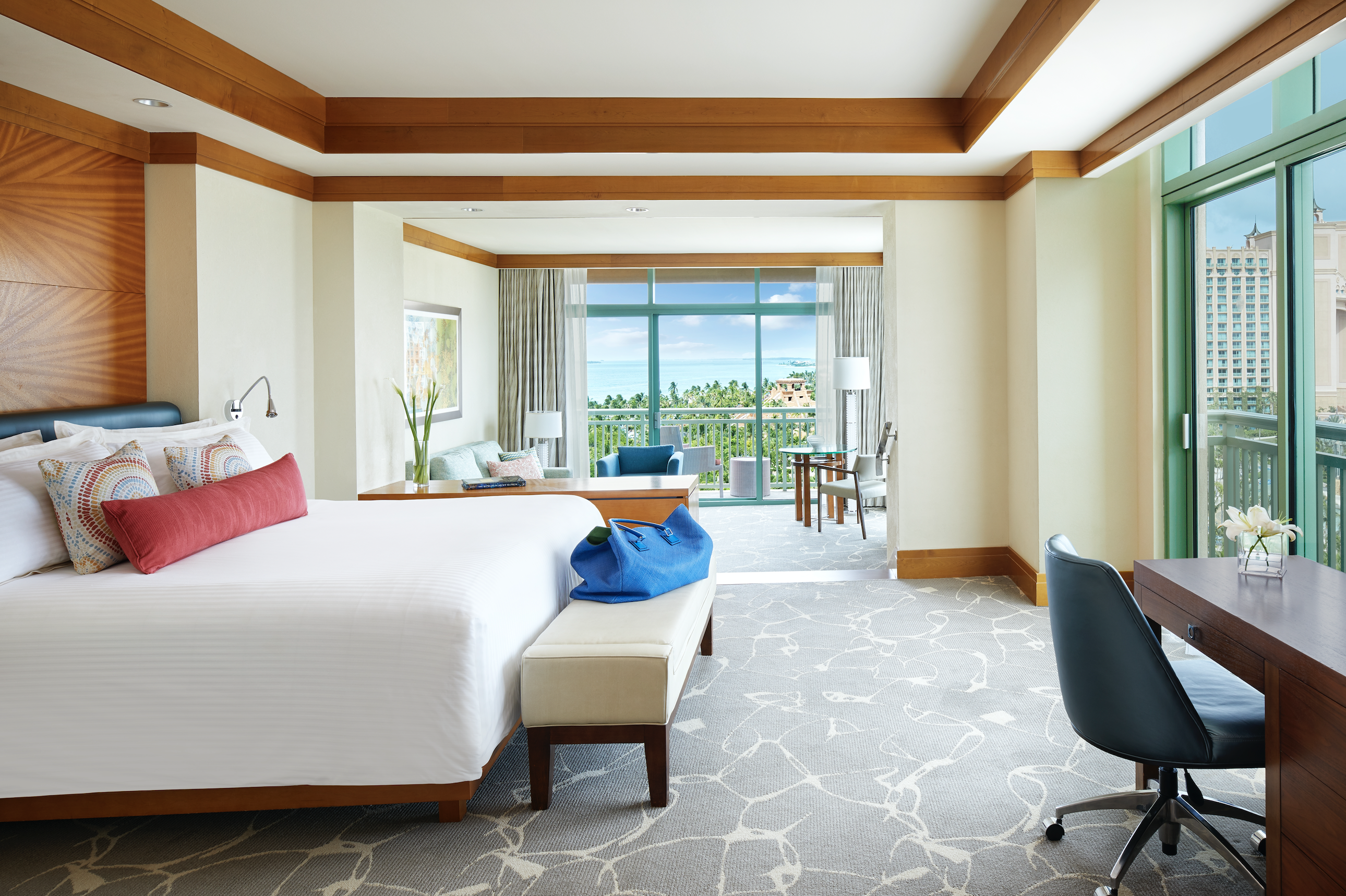 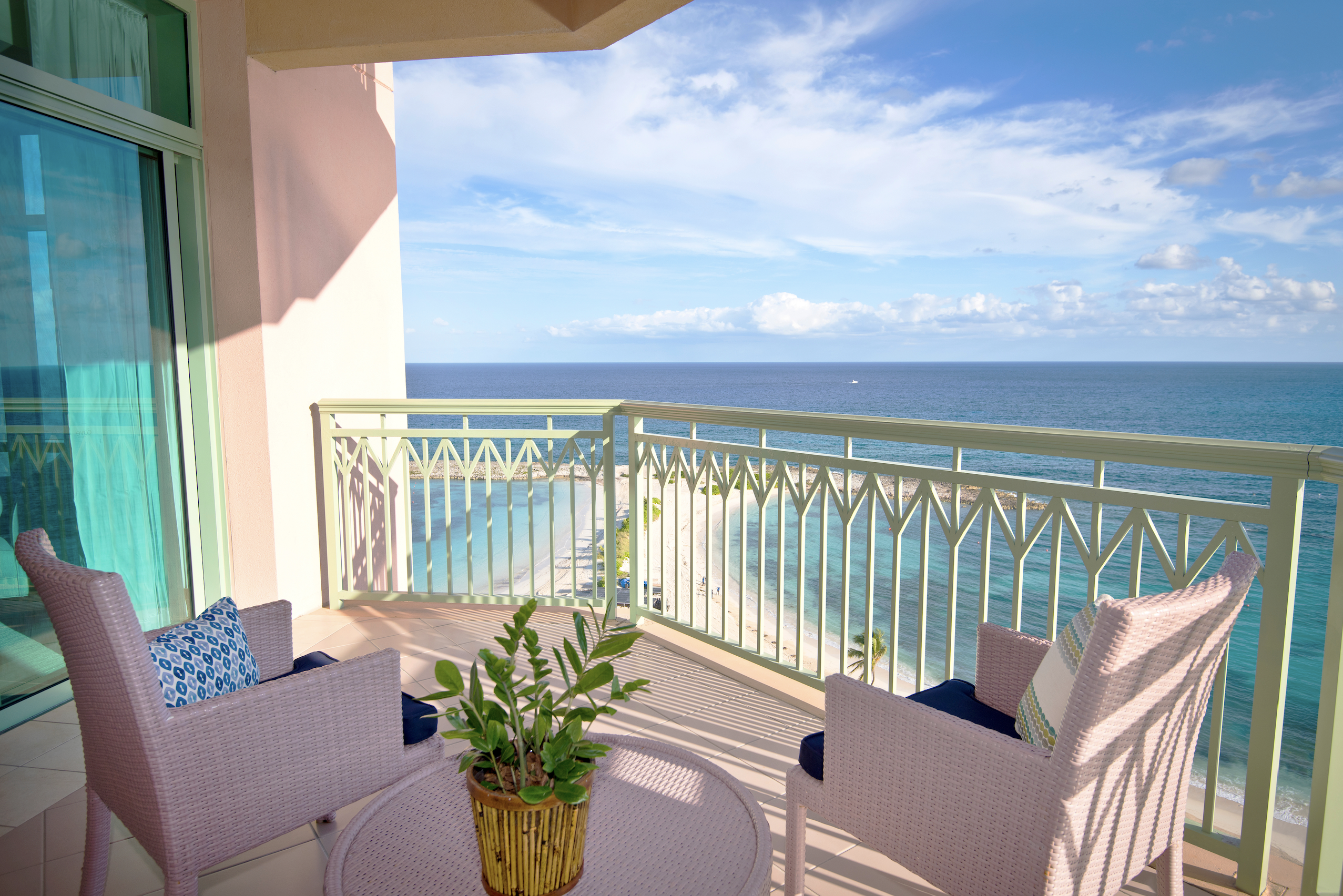 The three colors of the Bahamian flag—yellow, aquamarine blue and black—represent the sun, the sea and a united people, respectively, and all are equally fascinating. The bright, sunny days, coupled with the sparkling blue waters of the Caribbean Sea and the friendly, welcoming attitude of the Bahamian people all make for a perfectly pleasant getaway not even an hour’s flight from Miami. The Commonwealth of The Bahamas is a coral-based archipelago serviced by more than 40 nonstop flights from most major U.S. cities. Its capital city, Nassau, is on New Providence, the 11th largest island; Paradise Island, less than a half-mile offshore, is accessed by bridge.

On a recent visit, I landed at the Lynden Pindling International Airport in Nassau and hopped in a cab for the 30-minute drive to Atlantis Paradise Island (atlantisbahamas. com). This sprawling resort is home to the 63-acre Aquaventure water park, an enormous aquarium, a casino, theater, bars and lounges, and so much more. Accommodations are available in an array of properties, including The Reef, The Coral, The Royal and The Beach. Most luxurious is The Cove, designed by architect Jeffrey Beers to blend high design with the gorgeous surroundings. There’s a beautiful open-air lobby, an exclusive pool that sits between two private beaches, a plethora of luxury suites and a number of dining options.

I checked in at The Cove and met up with my group for a fine-dining experience at Fish by José Andrés. The celebrity chef opened this new restaurant last year, focusing on fresh Bahamian seafood with everything from crustaceans and tuna to lionfish and conch. On this visit, we tried the tasting menu that consisted of ceviche, grilled conch, conch fritters, a conch tropical salad, shrimp and grits, vermicelli mac ’n’ cheese, Brussels sprouts and Caribbean grouper. However, the highlight of the meal was the fried whole lionfish. Based on availability, this spear-fished invasive species dish is Chef Andrés’ way of promoting the health of the ocean. A portion of proceeds from the dish even goes to the Atlantis Blue Project Foundation, an organization committed to marine conservation. After this decadent meal, I settled in for the night with sounds of the ocean lapping the beach.

The next morning, I met up with my group at Dolphin Cay to get upclose and personal with dolphins. Opened in 2007 as a safe haven for 17 dolphins who were stranded after their home was destroyed by Hurricane Katrina, Dolphin Cay is a 14-acre environment that includes a state- of-the-art education center, an animal rescue and rehabilitation hospital, an animal pharmacy, a quarantine and a separate sea lion center. Every visit to Dolphin Cay also supports the Atlantis Blue Project Foundation. On this visit, we tried the Dip ’n Discover experience; dressed in wetsuits, we petted and played with the dolphins.

We followed up the dolphin experience with a relaxing lunch at celebrity chef Julie Lightbourn’s Sip Sip, which opened poolside at The Cove last year. The lobster quesadillas are a surefire hit, as is the curried chicken salad. Guests can also order from the menu while kicking back in one of the beautiful cabanas designed by renowned artist and designer, Lulu DK. Other restaurants by celebrity chefs at Atlantis Paradise Island include Nobu (from Nobu Matsuhisa) and Olives (from Todd English).

Our next stop on this whirlwind adventure was The Ocean Club, Bahamas, A Four Seasons Resort. This luxe Caribbean hideaway has played host to a number of celebrities over the years (Beyoncé and Jay Z reportedly stayed here a few years ago), and it’s no wonder, considering the resort’s prime location along a 5-mile stretch of natural, white-sand beach. The enclave of low-rise, luxury beachfront rooms and suites, ultra-luxe three- and four- bedroom villas, and garden cottages all come with 24-hour private butler service to attend to any wish, big or small. They deliver strawberries and Champagne daily, adding a nice touch of sophistication to any stay.

Upon our arrival at The Ocean Club, I rented a bike and explored the property. In addition to the beautiful beaches, the resort is home to an infinity pool that stretches along the beach, a private pool that leads to the immense Versailles-inspired gardens (where many weddings take place), Balinese-style spa villas (where I later enjoyed a relaxing massage), the Ocean Club Golf Course and Michelin-starred chef Jean- Georges Vongerichten’s Dune restaurant featuring a menu of French-Asian cuisine with a twist of seafood and Bahamian spice.

Our group met at Dune for dinner for what can simply be described as perfect. We started off with selections from the raw bar, including yellowfin tuna tartare served with avocado, spicy radish and ginger; and Bahamian conch salad with cucumber, tomato and lime. Appetizers, such as salt and pepper calamari with chili-citrus emulsion and shrimp satay with sweet-and-sour sauce, followed. Burrata and citrus salad with basil and finger lime led straight into the entrees. I had a hard time choosing between seared beef tenderloin with smooth parsnips, roasted Brussels sprouts and miso-mustard; and local lobster with light curry sauce, fried plantains and bok choy. The lobster won, and it was divine. And for dessert, the warm chocolate cake with coconut sorbet was the group’s favorite.

The next morning, we met back at Dune for a light breakfast. The Viva el Violeta juice (made with apple, beet, ginger and lemon) and avocado toast with sunflower seeds, chili flakes and poached eggs was the perfect way to start the day. After we had our fill, the group departed for a chartered boat experience with 3 Queens Charters. The three-hour tour on the blue waters of the Bahamas was a great way to see the islands. We also made a point to stop along the way to snorkel on one of the area’s many coral reefs. In addition to brightly colored fish, there was a wide array of starfish, spiny lobster and other sea creatures.

After the cruise, we got ready for a tour of downtown Nassau. We began with a stop for lunch at the historic, five-star Graycliff Hotel & Restaurant. The distinctive menu consists of continental and Bahamian cuisine, and the wine cellar is the third largest private wine collection in the world. The restaurant is housed in what was previously a private home with multiple dining areas reminiscent of a restaurant one might find in New Orleans. Our lunch consisted of a five-course, gourmet repast paired with wines from the cellar. We tried dishes such as conch chowder and chateaubriand. The menu changes seasonally, so guests are always in for a surprise. In addition to the restaurant, Graycliff is also home to a 20-room hotel, an 82-foot lap pool with hand-painted tiles by artist Sergio Furnari, the Bahama Barrels winery, Graycliff Cigar Company and Graycliff Chocolatier—all of which can be toured.

After lunch, we set our sights for Baha Mar, a master- planned $4.2 billion integrated resort in Nassau. The resort features three global hotel brands—Grand Hyatt, SLS and Rosewood—with more than 2,300 rooms; 40 bars, restaurants and lounges; the largest casino in the Caribbean; an 18-hole Jack Nicklaus Royal Blue Golf Course; the Caribbean’s first and only flagship ESPA spa; and more than 30 luxury retail outlets. We started with sunset drinks at Skybar, which just opened in January at SLS Baha Mar and is the only rooftop lounge in Nassau Paradise Island.

After an hour or so of exploring the property, we headed to Baha Mar Katsuya for a seafood extravaganza. Helmed by master sushi chef Katsuya Uechi, the restaurant offers fresh and original takes on Japanese classics in a sleek and sultry space designed by Philippe Starck. We started off with a special sushi-making class (available upon request), followed by a sit-down meal of everything from creamy rock shrimp and baked crab hand rolls to salmon on cedar and wagyu tobanyaki.

The following morning back at The Ocean Club, we met up for a complimentary yoga class on the beach, followed by spa appointments in the Balinese-style spa villas. I tried the coconut poultice massage, which consisted of heated and scented coconut poultices combined with frangipani monoi body oil, acupressure, and Eastern and Western massage techniques. The combination of yoga and the massage was the absolute best way to conclude the trip.

While I didn’t have time to shop during my visit, I plan to check out Marina Village on my next sojourn. The 65,000-square-foot open-air market has three plazas designed to resemble a Bahamian settlement. It features five restaurants, 21 retail outlets, local entertainment and carts that showcase the artistry of the Bahamas. And although it’s a touristy thing to do, I also made a note to visit one of the straw markets for which Nassau Paradise Island is known. nassauparadiseisland.com

Wilshire Skyline breaks new ground with a pair of properties that are reshaping old Hollywood—one, a modern wonder, and the other, steeped in Hollywood history.

Loews Hotels gives a nod to the past with its Bellhop Bar beverage concept.