Brunello Cucinelli, Louis Vuitton and others make a statement with pockets for Spring/Summer 2018. 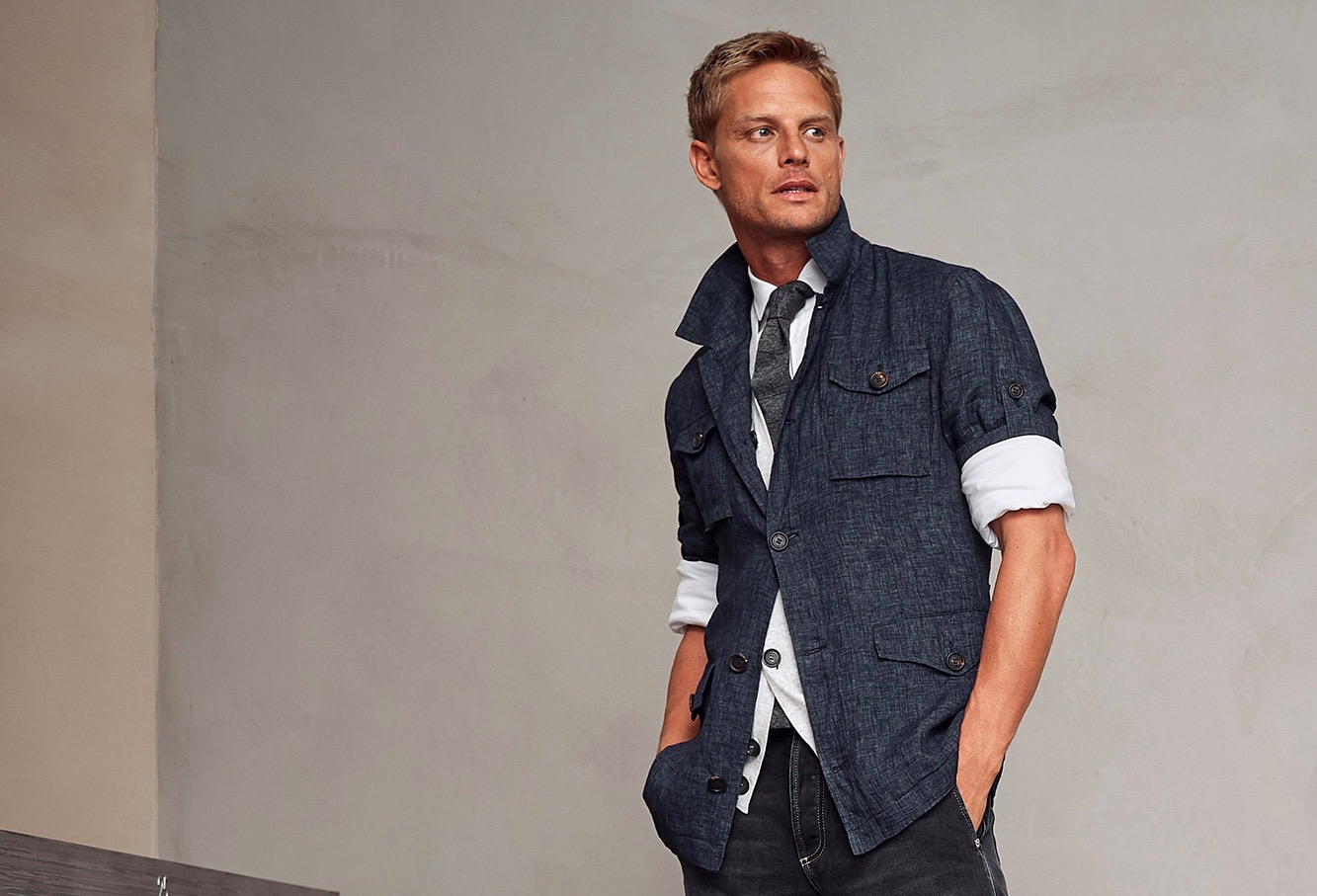 Spring/Summer Menswear look by, and image courtesy of, Brunello Cucinelli 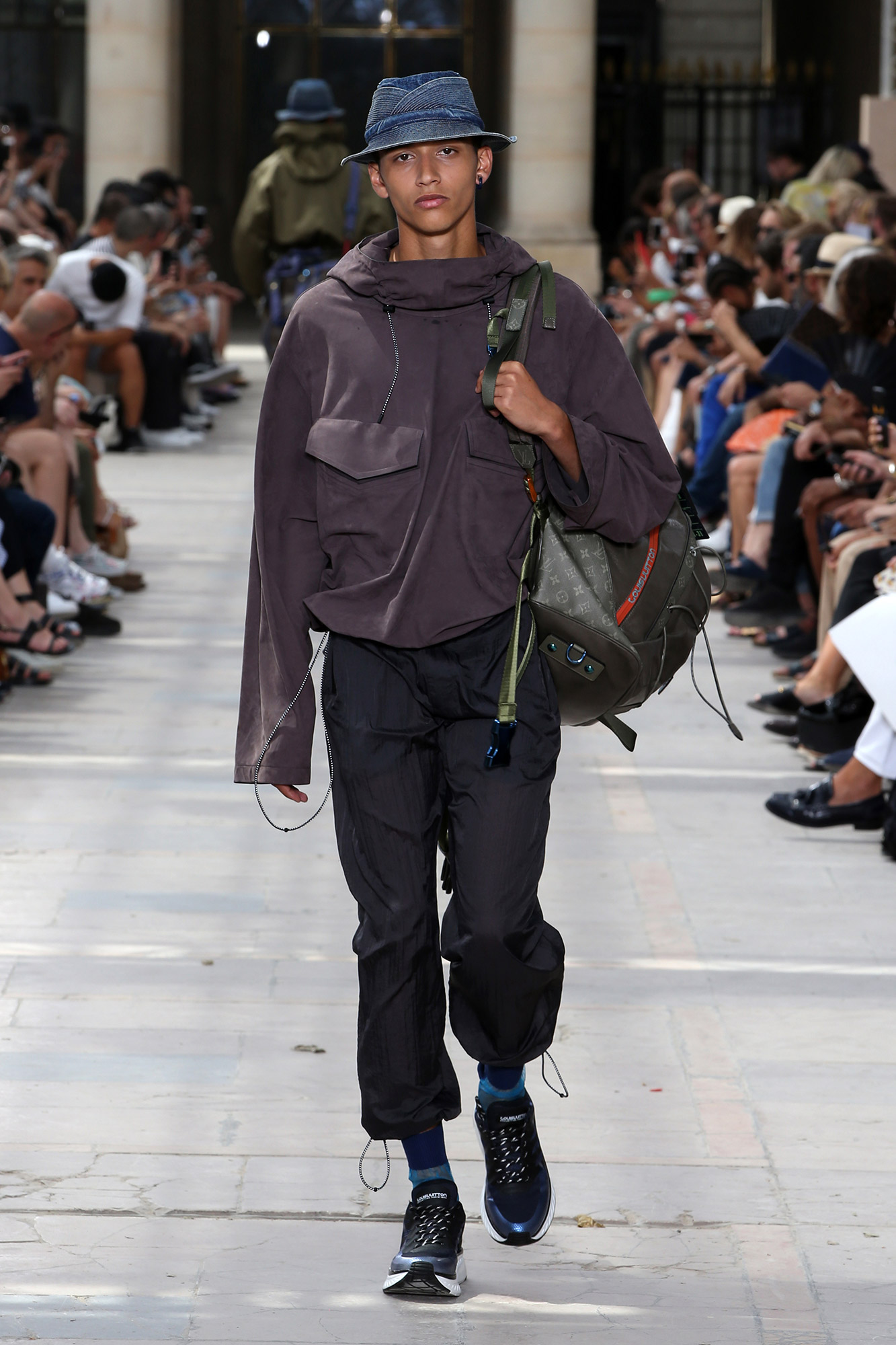 Spring/Summer 2018 Menswear look by, and image courtesy of, Louis Vuitton 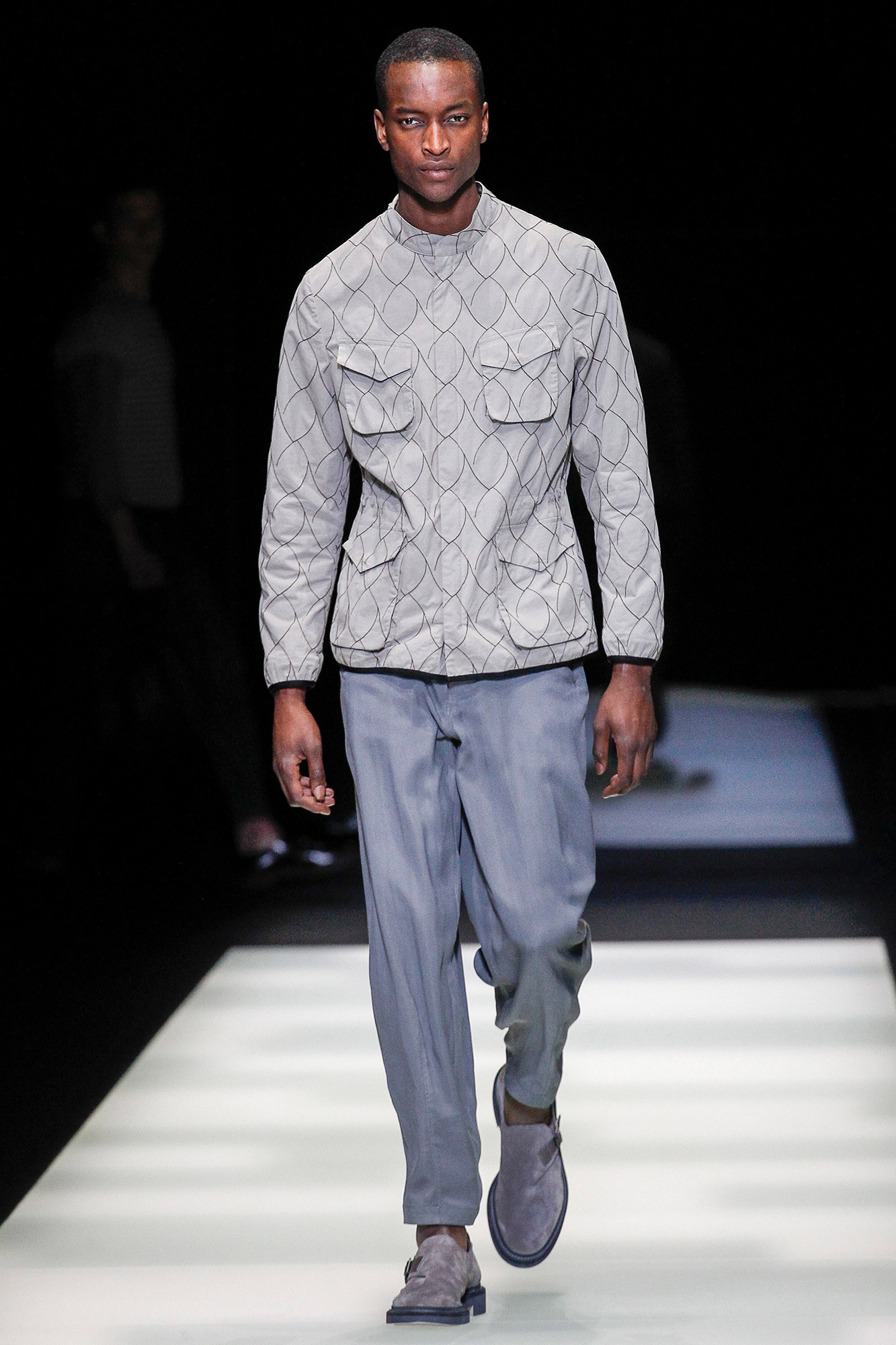 Spring/Summer Menswear look by, and image courtesy of, Giorgio Armani 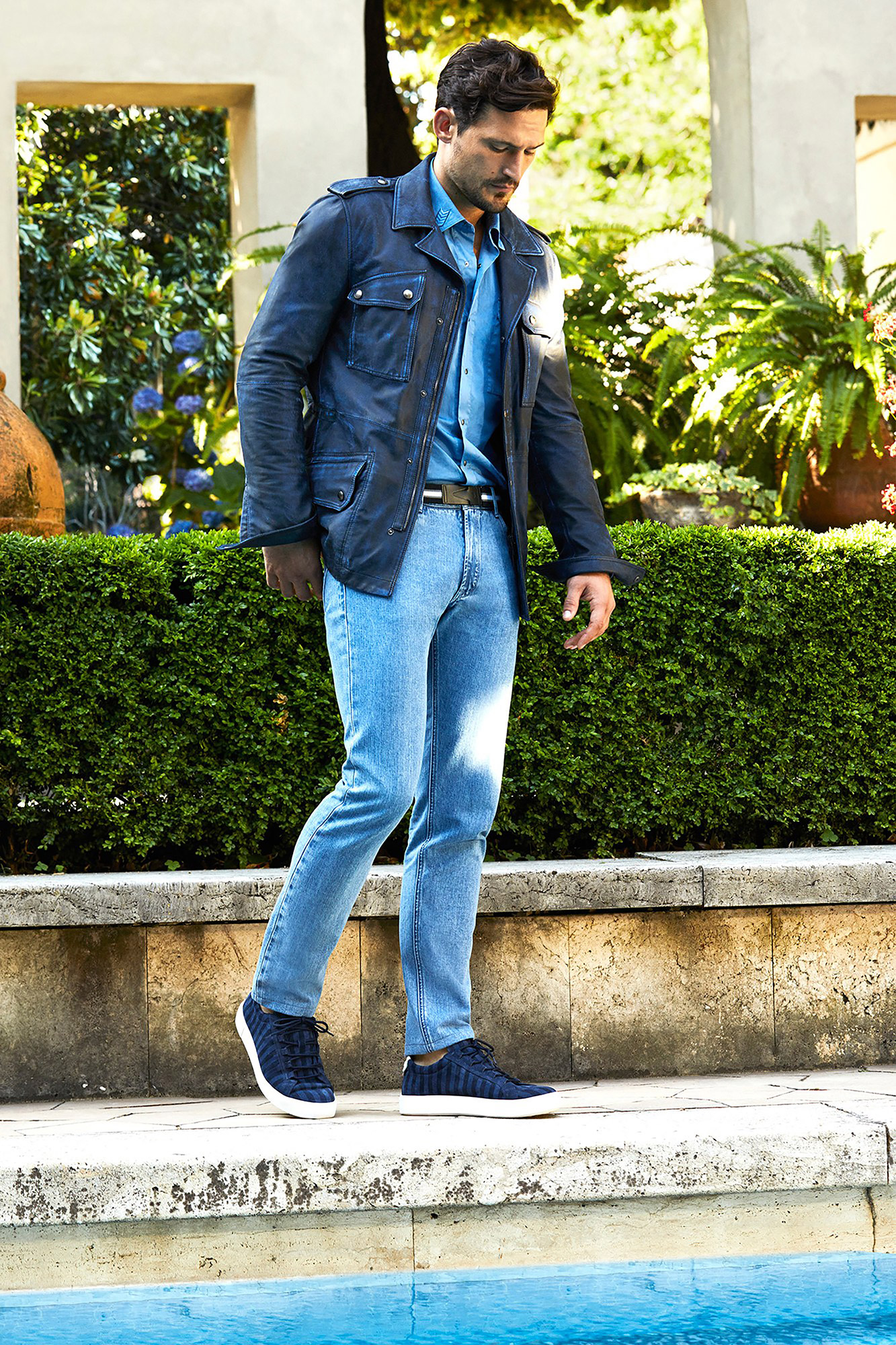 Spring/Summer Menswear look by, and image courtesy of, Tod’s 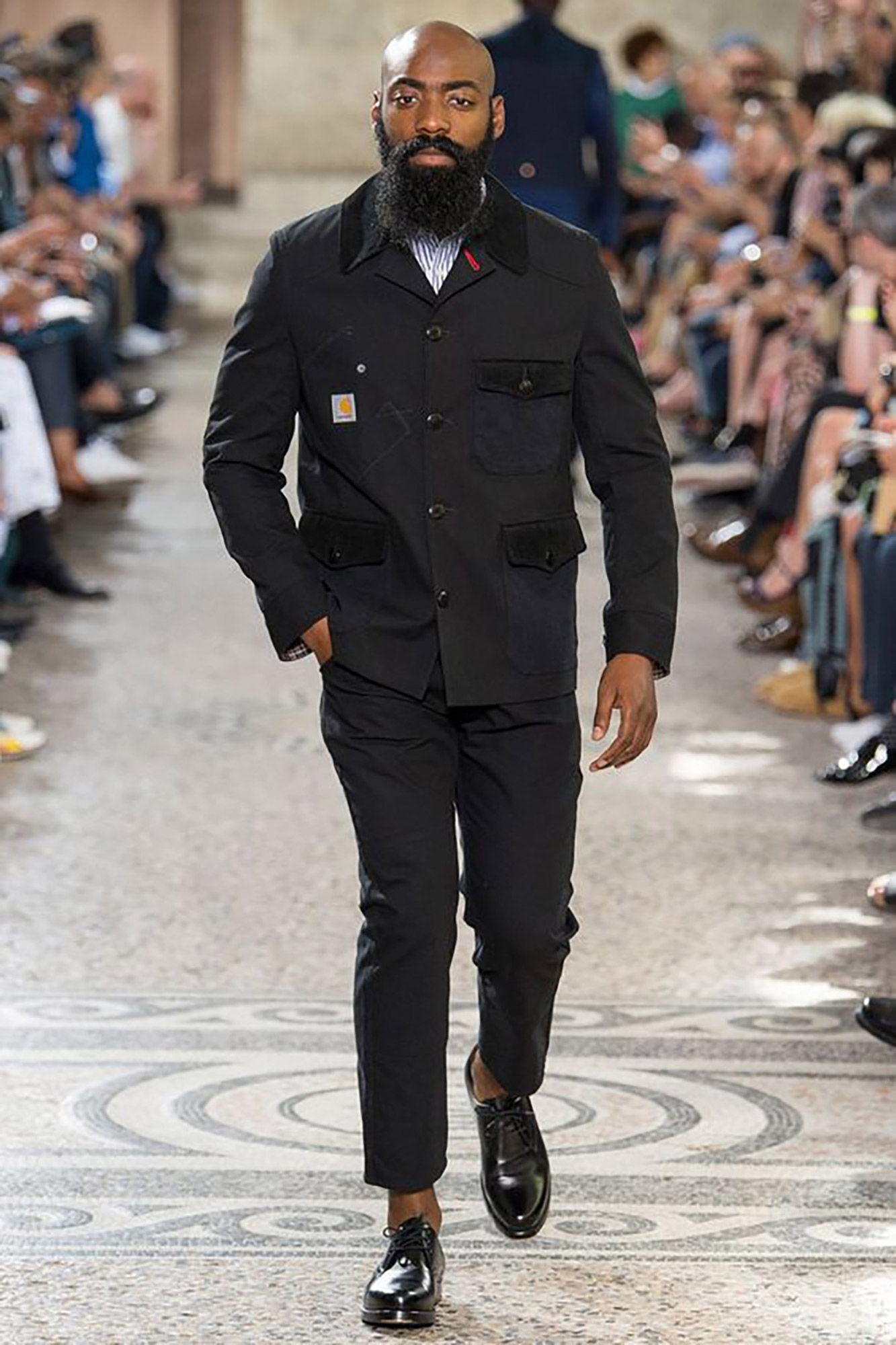 Spring/Summer 2018 Menswear look by, and image courtesy of, Junya Watanabe 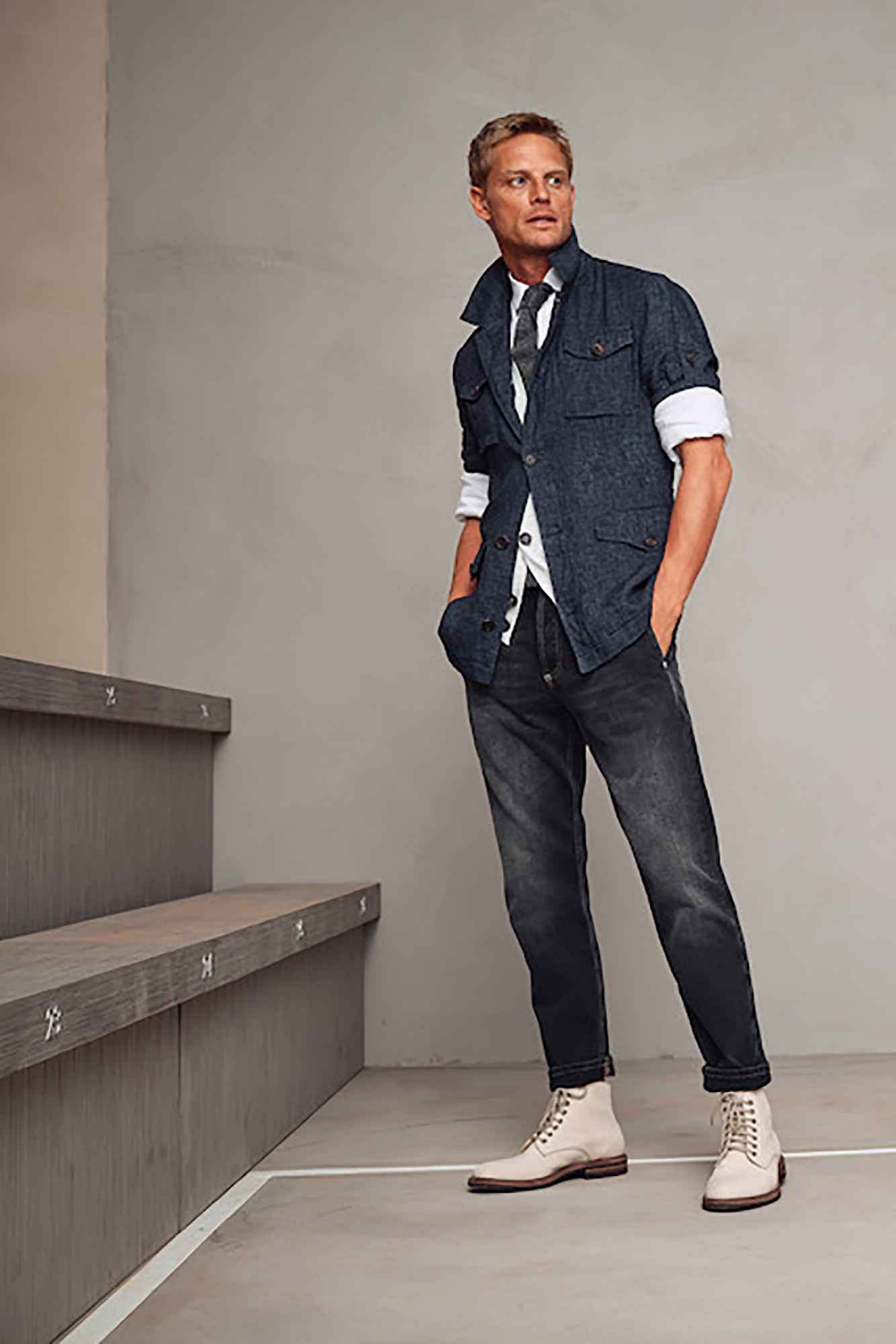 My friends and I were lunching at Newcomb’s Ranch, a motorcycle and car aficionado hangout off Angeles Crest Highway in L.A., when Jay Leno rolled in. He got out of his single-seat race car with his phone, wallet and other belongings filling the chest pockets of his denim shirt. Why load up his shirt pockets when there was ample room in his jeans? Well, he was driving a Gordon Murray-designed Rocket which barely has enough legroom in the Formula One-style cockpit for legs, let alone anything else. Here was a man sensibly using a detail of his clothing for function, rather than form.

Coincidentally, several top designers took Spring/Summer ’18 as an opportunity to create and show pieces with utility. After seeing Leno, it made me appreciate this style all that much more. Runways featured an array of shirts and light jackets with two and four pockets—patch pockets, to be specific. At the Tod’s show, shirt jackets that appeared to be denim or canvas were actually made of treated leather, creating a rugged look with a luxurious handfeel. Junya Watanabe tapped Carhartt to manufacture his workwear pieces; every model who walked by seemed capable of making a small repair around my home. Brunello Cucinelli’s looks were sportier, shown on a monochromatic tennis court. I’m unsure if you could rip a serve wearing one of his safari-inspired jackets, but you’d have four pockets’ worth of snacks should you choose to watch a match instead. Armani, Louis Vuitton, Oliver Spencer and A.P.C. also showed pieces with design details that are useful, not contrived.

In these turbulent times when fashion can seem frivolous, there’s something comforting in having a pocket for your notebook or short novella. Maybe you’re journaling or re-reading The Old Man and the Sea. A choice to wear a utilitarian piece signals the wearer is capable and competent. Leno’s pockets matched the purpose-built machines that filled the parking lot at Newcomb’s. Little did he know he was flaunting a Spring/Summer ’18 runway trend.

Delight yourself and those around you with these fine fall/winter fragrances.