Oliver Jackson-Cohen talks fashion and his role on wildly popular The Haunting of Hill House. 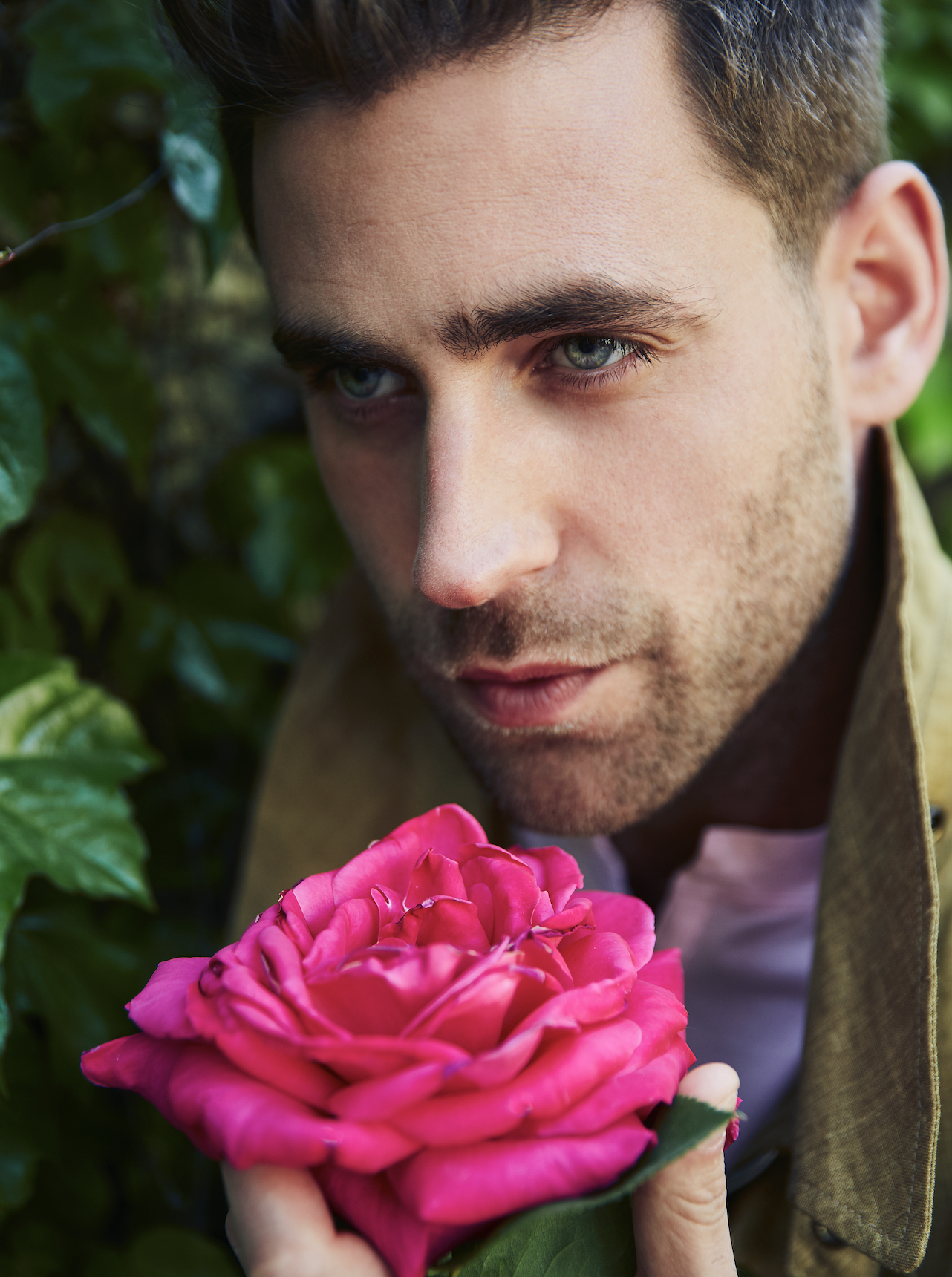 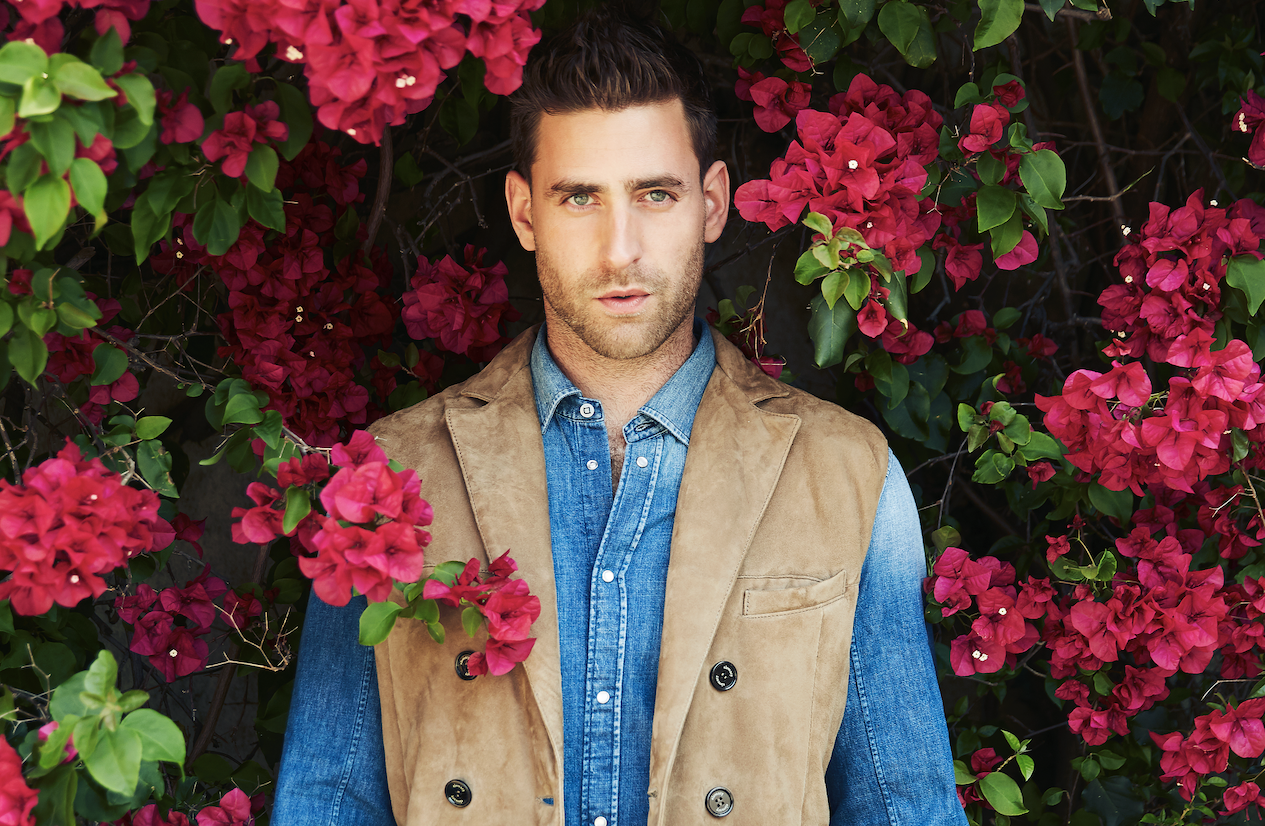 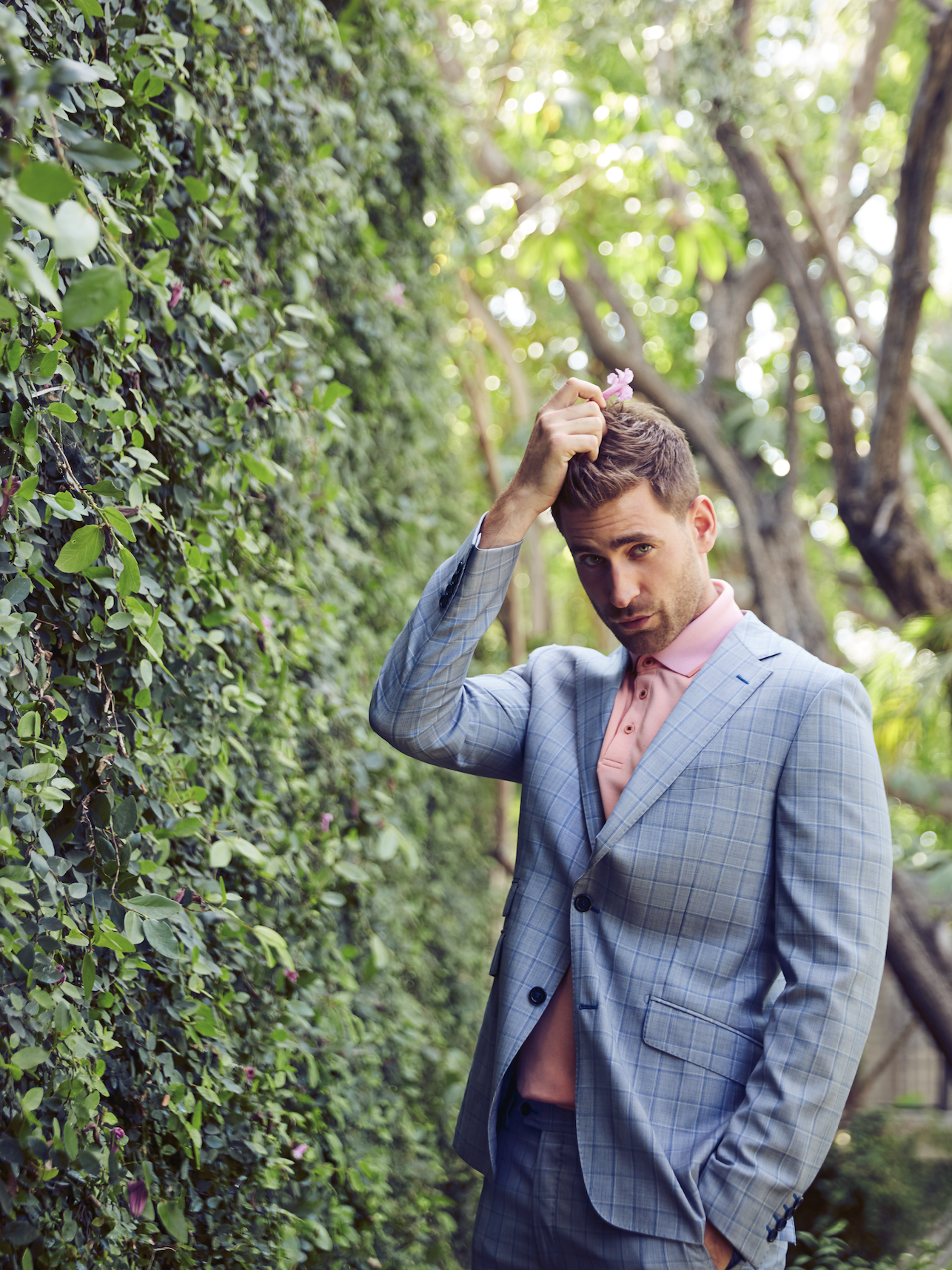 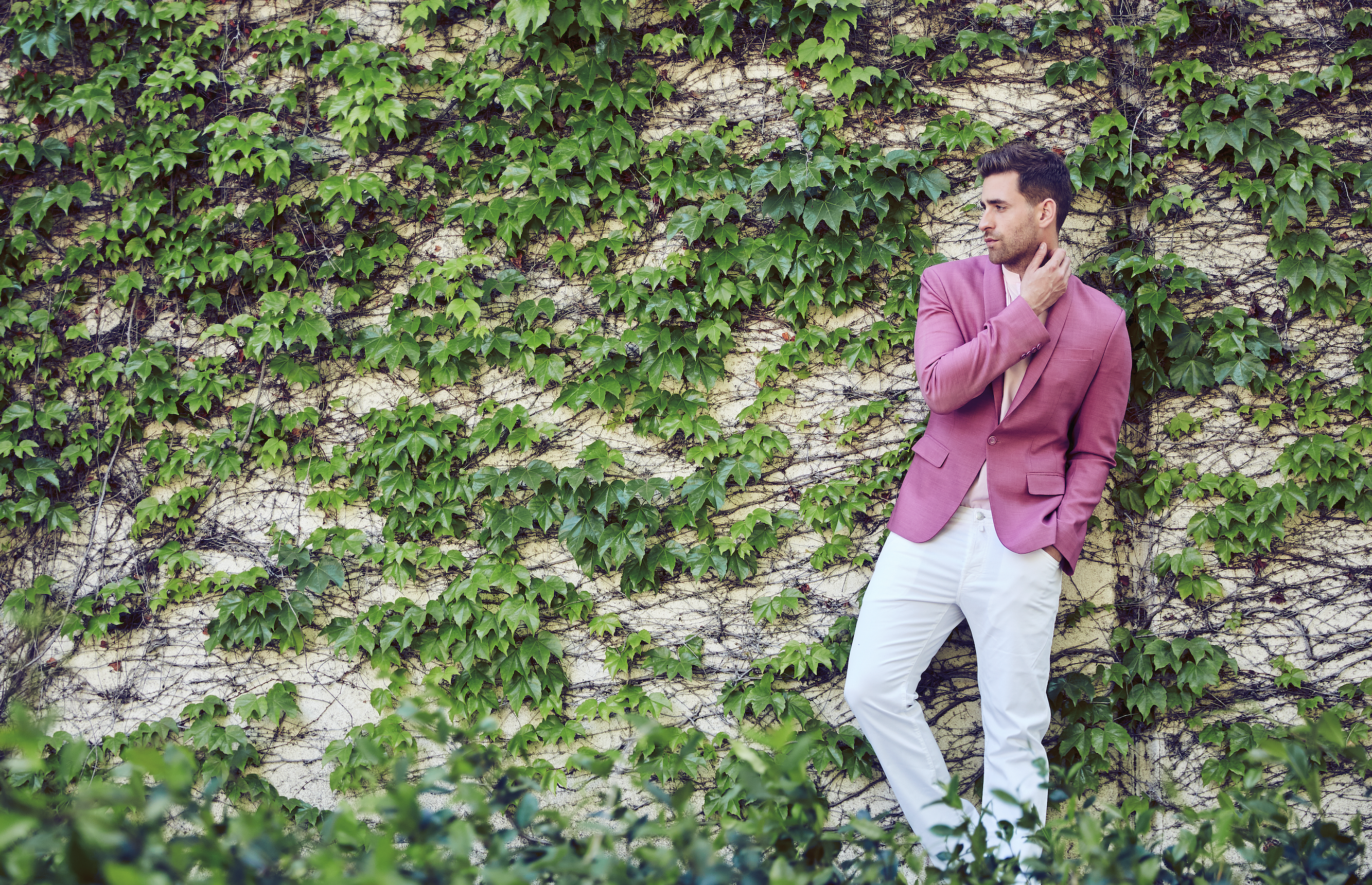 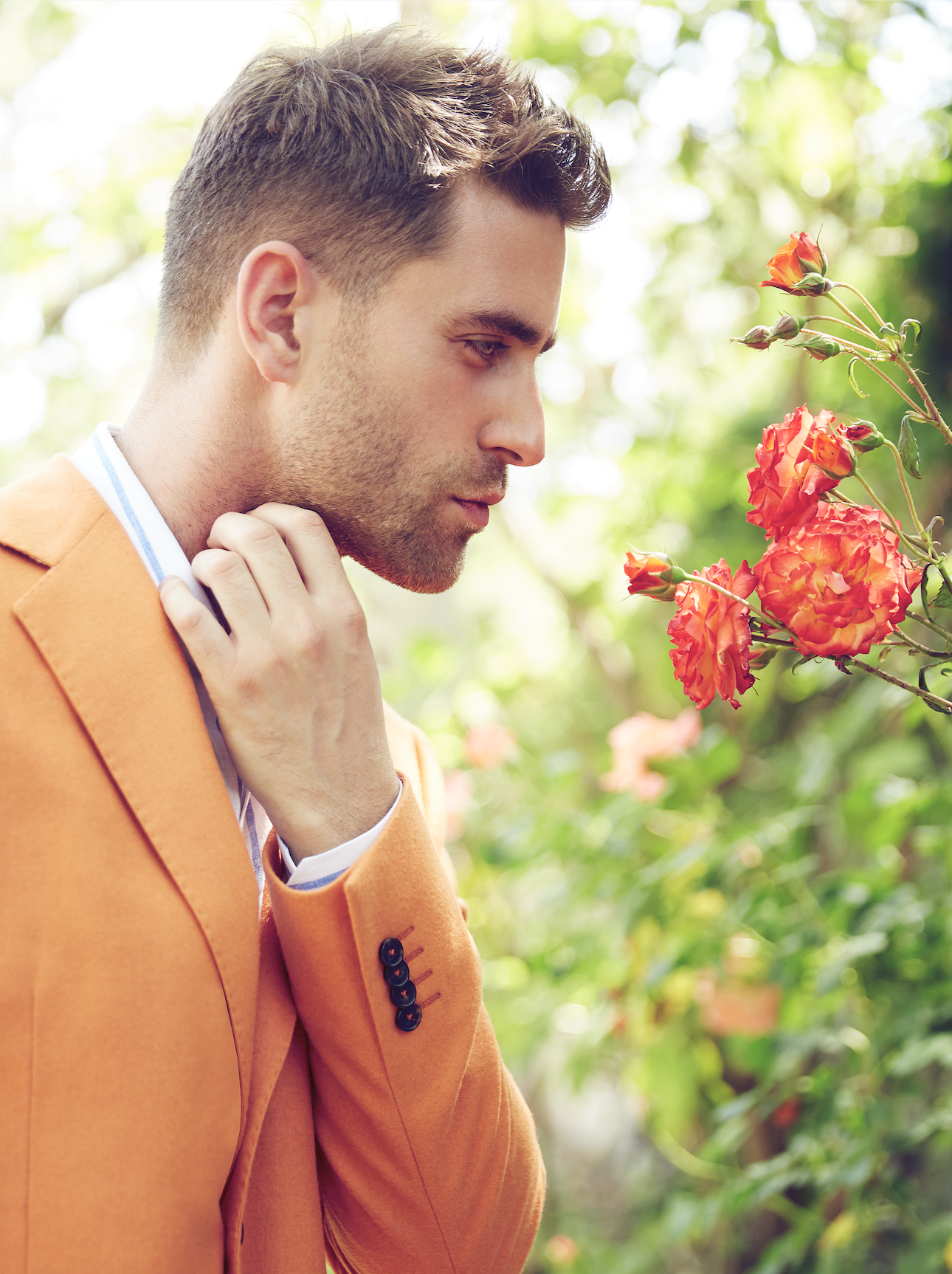 Photography and interview by { John Russo

Born to fashion royalty (his mother, Betty Jackson, designed  the outrageous costumes on the British sitcom Absolutely Fabulous), the 6-foot-3 actor Oliver Jackson-Cohen has been gaining fame on both sides of the pond. His recent TV credits include the BBC miniseries Man in an Orange Shirt; NBC’s fantasy Emerald City; and his latest project, the hit Netflix series The Haunting of Hill House. News that the horror show will be back for a second season—but with a new name, The Haunting of Bly Manor—is drawing shrieks of delight and fear: Jackson-Cohen is not allowed to say if his character will return.

The Haunting of Hill House has been received so well by viewers. When you were initially offered the role, did you think it would become such a big success?

I don’t think any of us really did! When you sign on to a project, you always do it because you think it’s interesting, but you never really know if it’s going to resonate with an audience. The script was unlike anything I’d ever read. The idea of looking at a childhood trauma and post-traumatic stress disorder, and how that affects us in adulthood, was quite a unique and exciting idea that I felt hadn’t been done before in horror. As an actor, the final product is always out of your control and sometimes projects that you sign on to do end up being nothing like what you envisioned. Hill House surpassed anything I’d envisioned and more. I feel very lucky to be a part of it, because Mike [Flanagan, the creator and director] was very clear about what he wanted to do and was allowed to fully achieve that. But again, you just don’t know what an audience is going to like and if they will take to it. All of us feel very fortunate that the Crain family really struck a chord with people.

Your performance as Luke Crain is brilliant. How did you prepare for the role?

Lots! How do you play a heroin addict who is haunted by ghosts? I watched a ton of documentaries about addiction to begin with, but then realized that I was making a judgment on Luke by focusing on his opioid addiction. It would end up being surface stuff. So, I looked at why he was taking it, why he was numbing himself so much and what he was running from. I think what’s special about the show is that these characters (especially Luke, for me) are such incredibly honest portrayals of what childhood trauma does to you. If I’m honest, an awful lot of me and my own personal experience is in there. I was diagnosed with PTSD a few years back, so I was able to use all of that. I just focused on the terror of what he was running from and that was the biggest starting point. The whole thing was sort of therapeutic.

Which actor, past or present, has the best personal style?

Past would be Jean-Paul Belmondo, Alain Delon and Montgomery Clift, for their ease and effortlessness. Makes you want to take up smoking in a big way. And present: Vincent Cassel, Ryan Gosling and Justin Theroux. Again, because of the ease of it all. None of those guys are trying to do anything or make big statements with what they wear. They are just being themselves, and I love that. It’s effortlessly cool.

How would you define your style?

I think it’s probably quite simple. It’s mostly Scandinavian with a tiny bit of Japanese goth/creeper vibe. I love a simple color palette but really well designed. Again, I want it to be easy and effortless. And understated. I never really wear color. Lots of gray, navy blue, white, green and black. But oversized.

Are you more of a jeans and T-shirt guy, or do you like to dress to impress?

I like to think you can wear jeans and a tee and make it impressive!

What defines a man’s style? Is it the way he conducts himself? His attitude? The way he dresses? Or a combination?

I think it’s a combination of all of those things.  My parents worked in fashion, so I was around clothes a lot as a kid. My mum used to always say, “Wear what makes you feel great.” I have always adopted that attitude when it comes to dressing.  If you’re trying to be something you’re not or trying too hard, it never really works. I think style is something that is unique to the person and will vary drastically from one to another. I love the way that clothes can dramatically change the way you see yourself and how you feel. It’s kind of insane that that can be done.

I think current day is pretty exciting, because it’s a combination of all those decades. Personally, I think that you can never go wrong with classic, but it doesn’t mean it has to be boring. You can wear a classic navy blue suit that’s cut in a certain way and it is still interesting.

Which current designer resonates with your personal style?

I love Kim Jones at Dior Homme. He takes something very simple and makes it exciting. I love Alexander Wang, too, for the same reasons.

Classic jeans, but with a turn-up

Jeans by the Australian brand Neuw

John Russo aftershave, which he gave me on this photo shoot

Delight yourself and those around you with these fine fall/winter fragrances.