In a Lone Star State of Mind 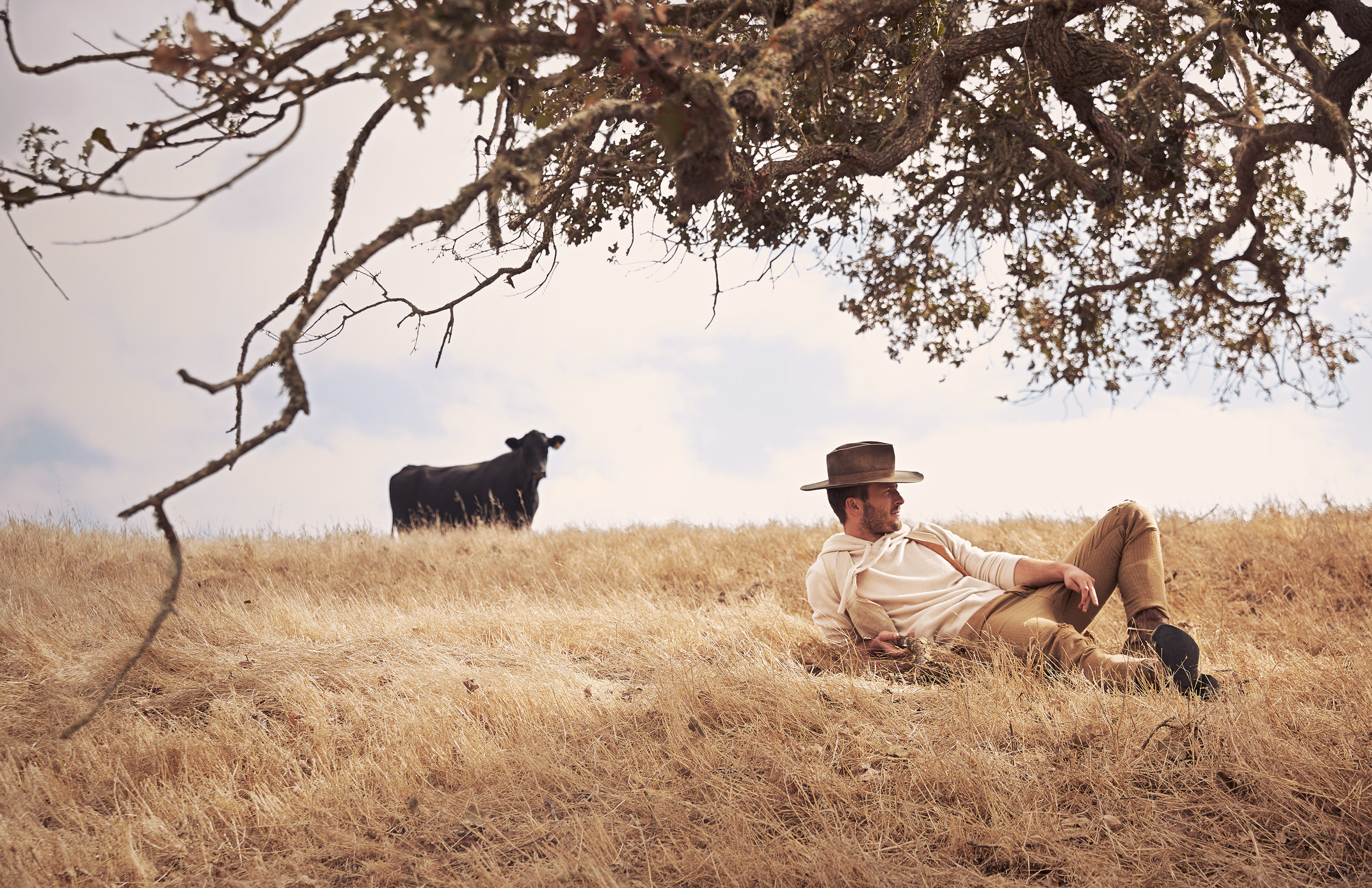 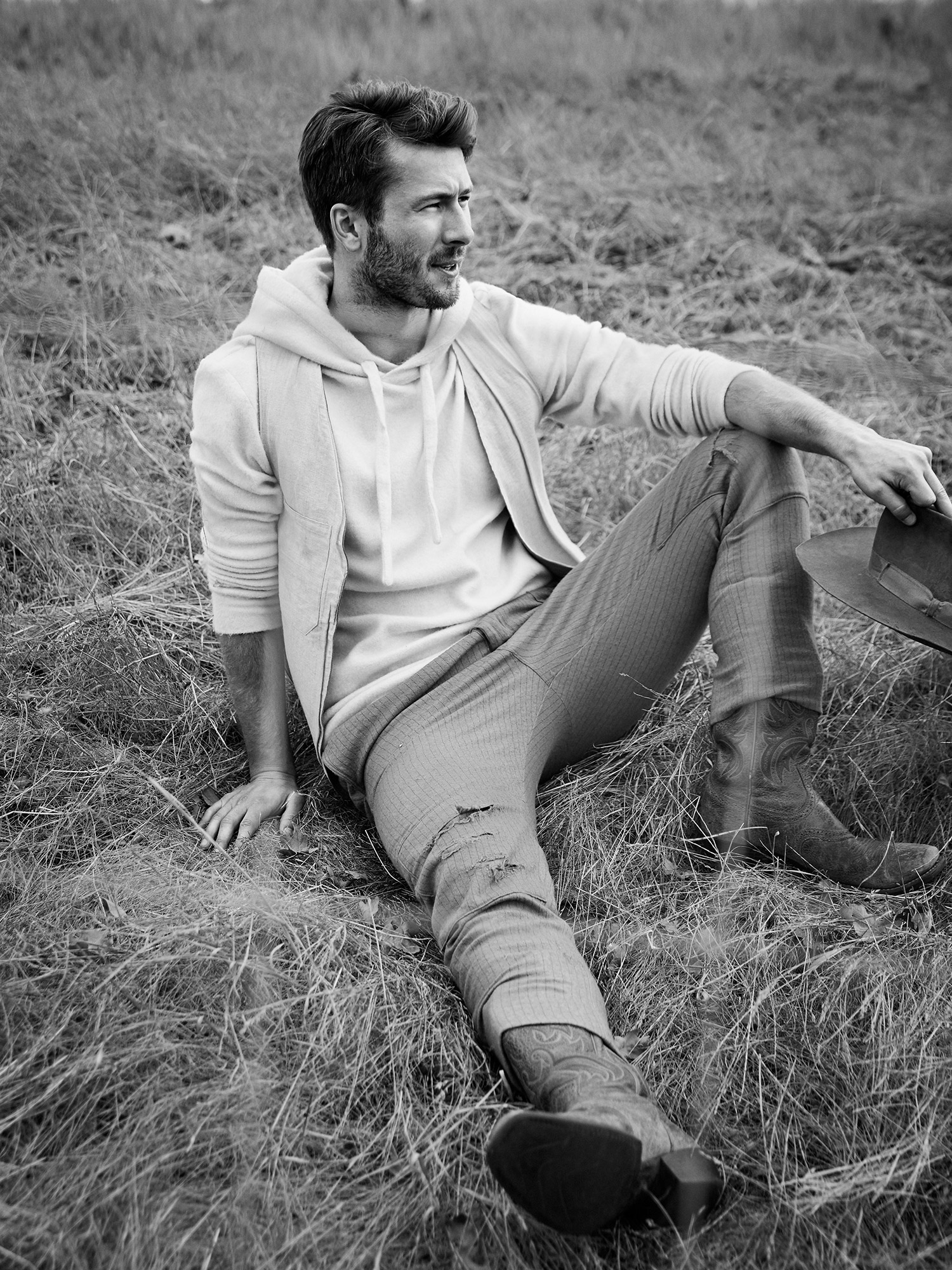 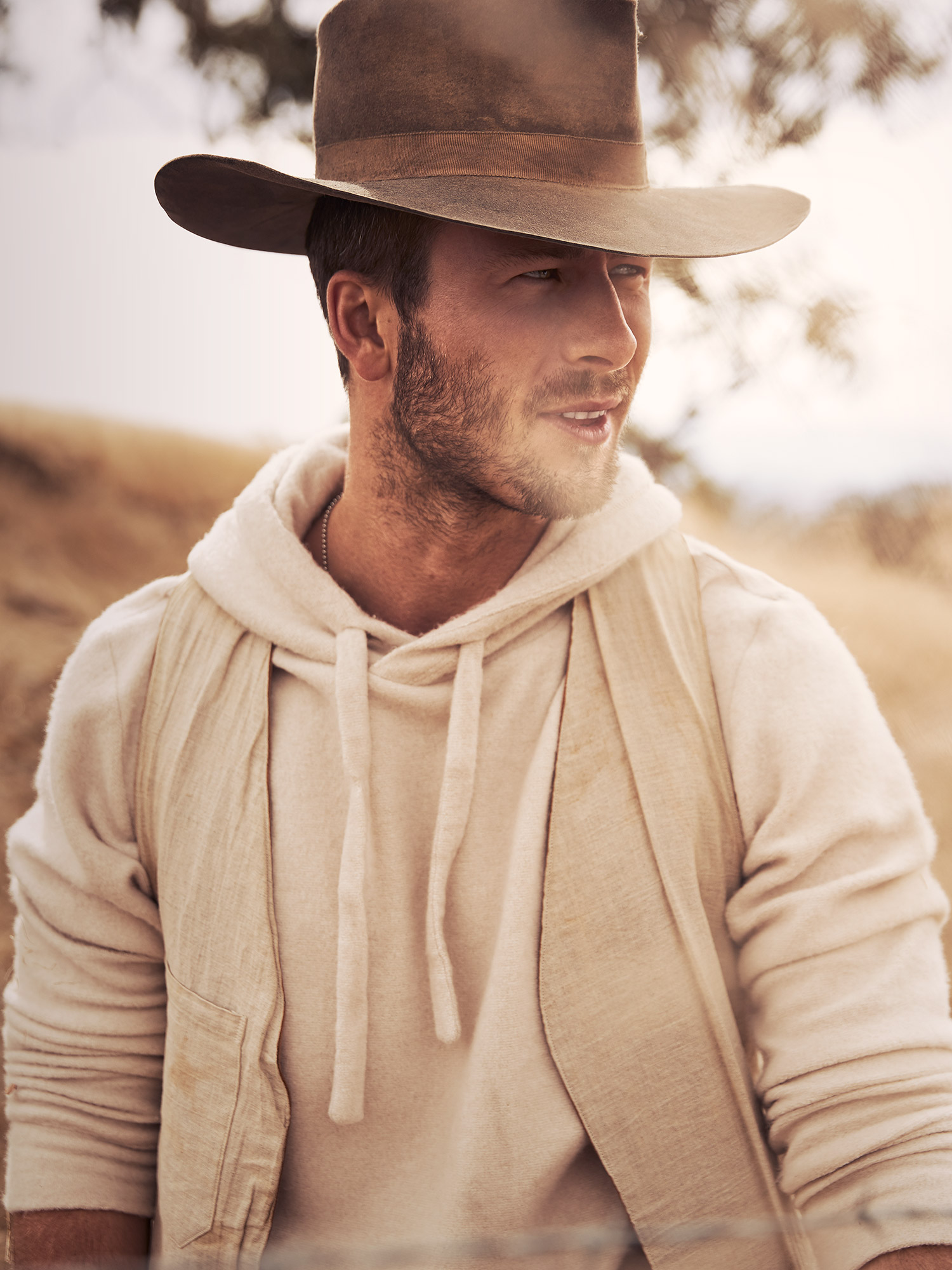 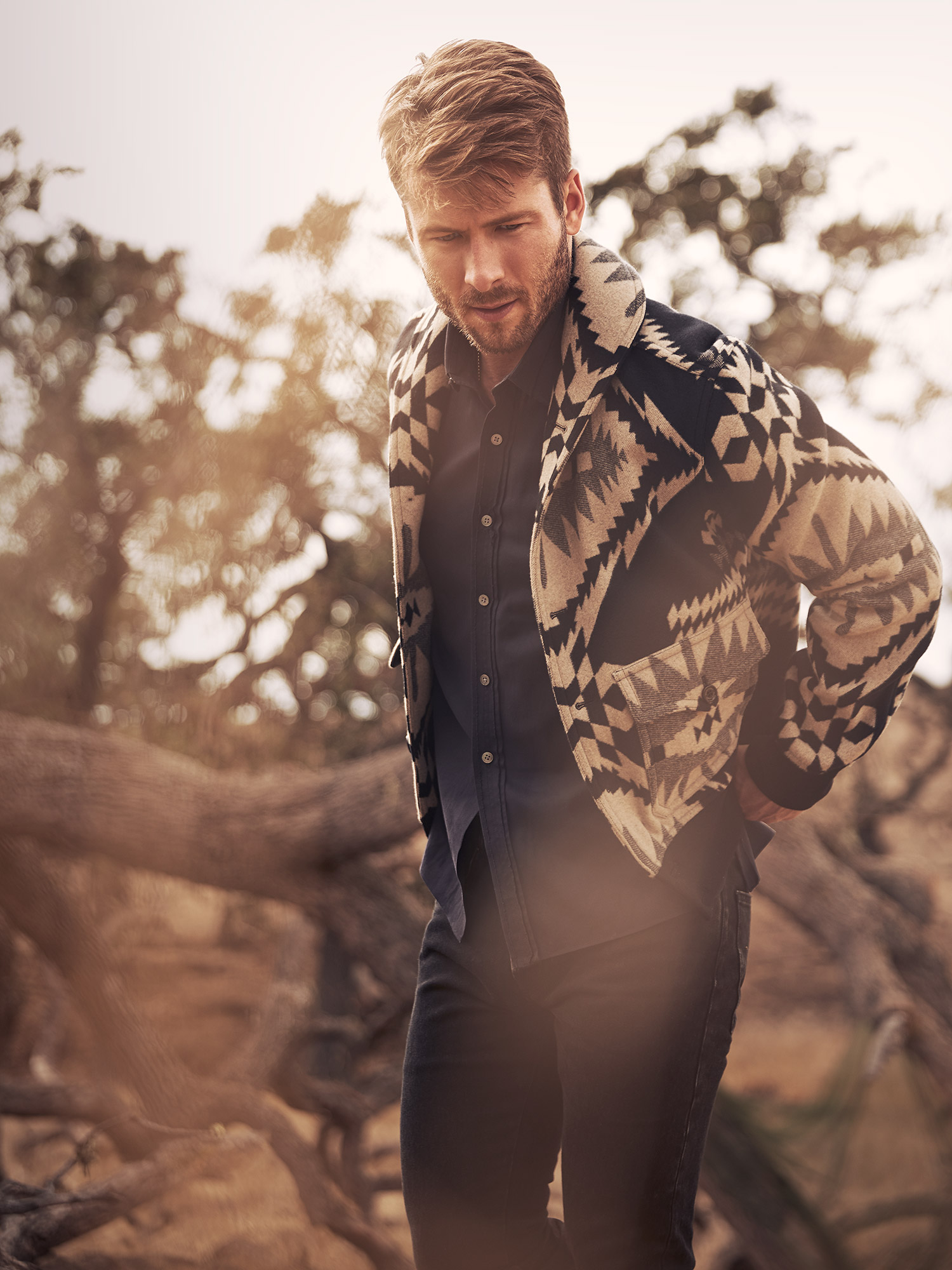 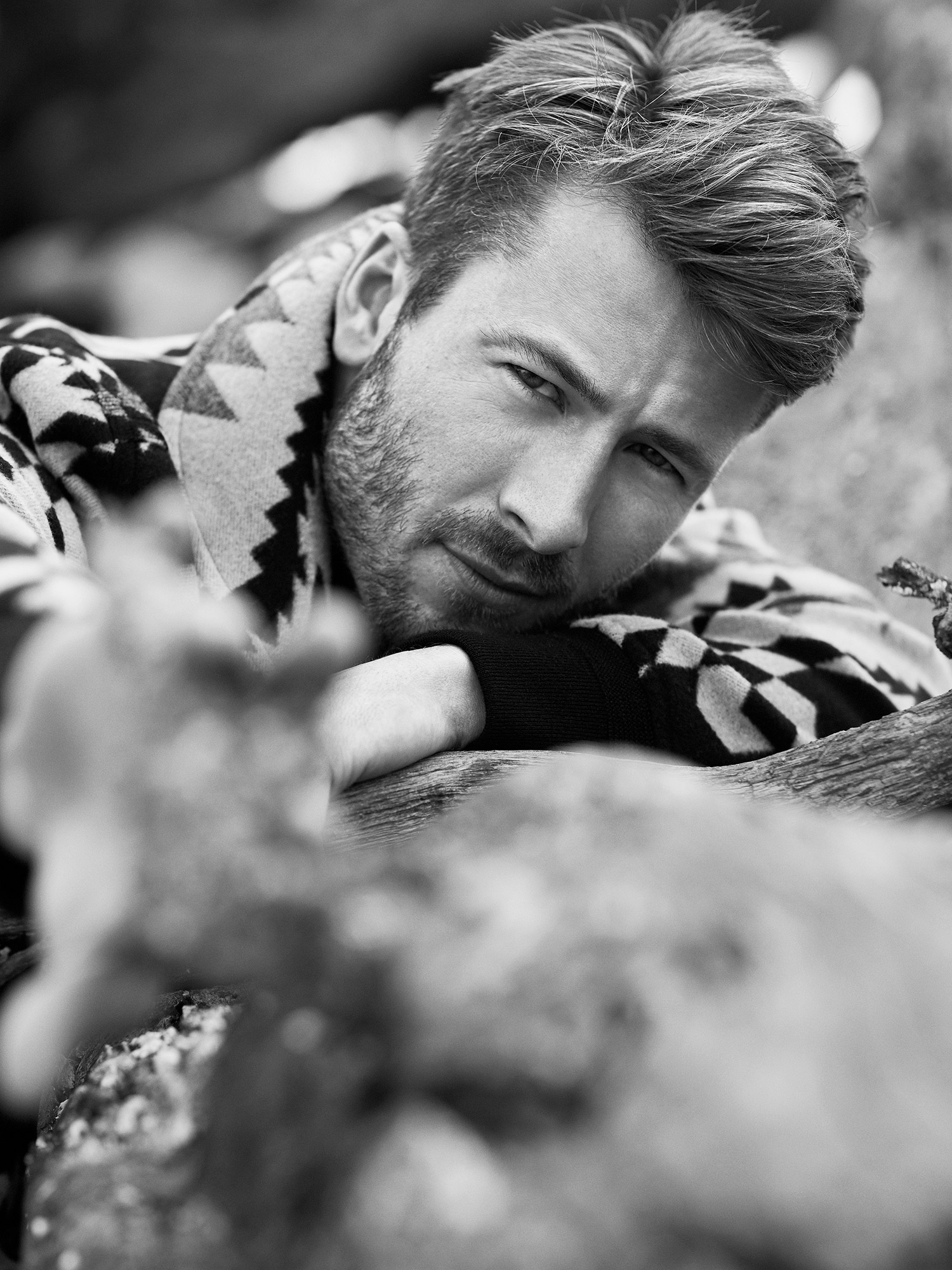 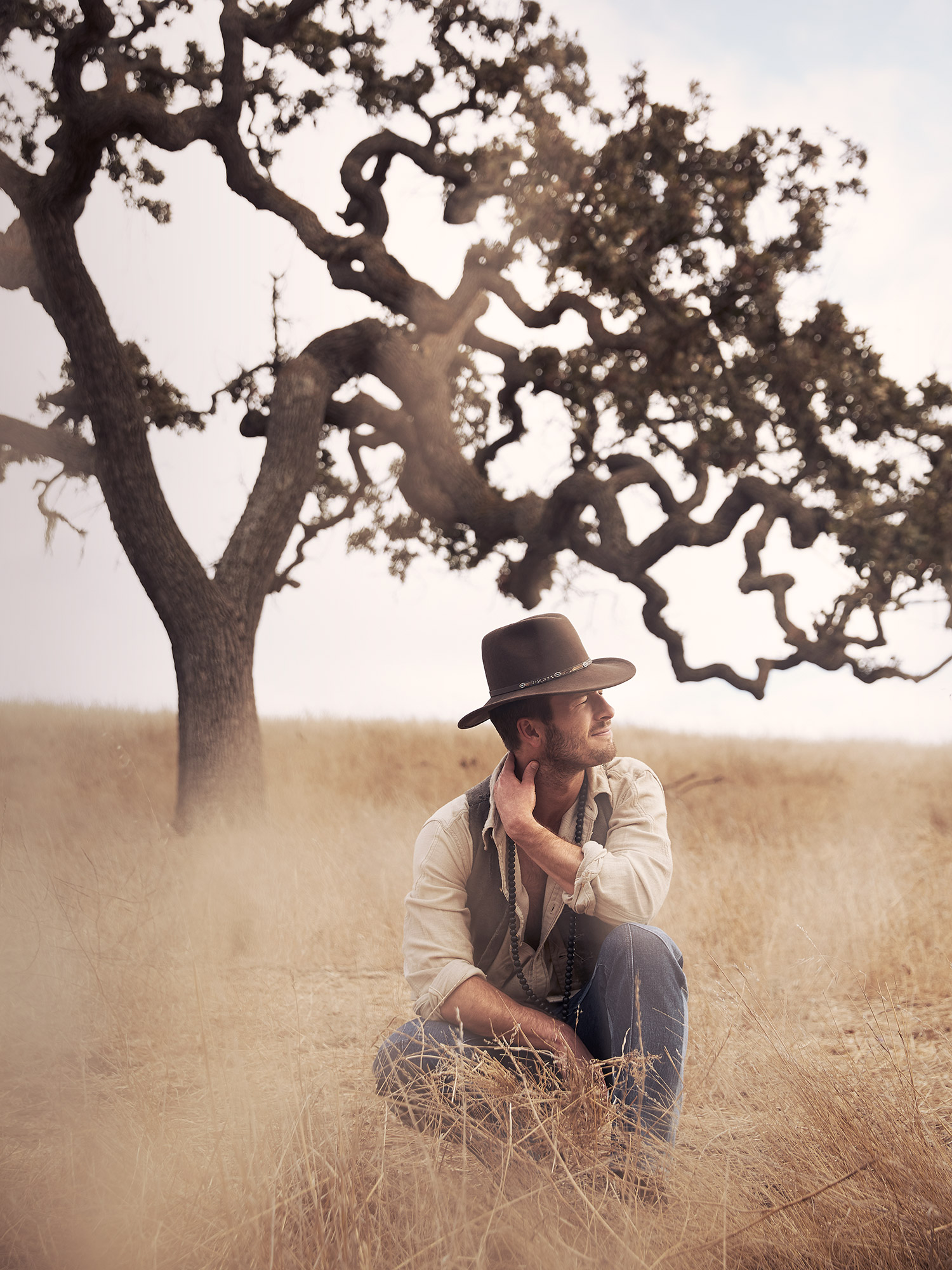 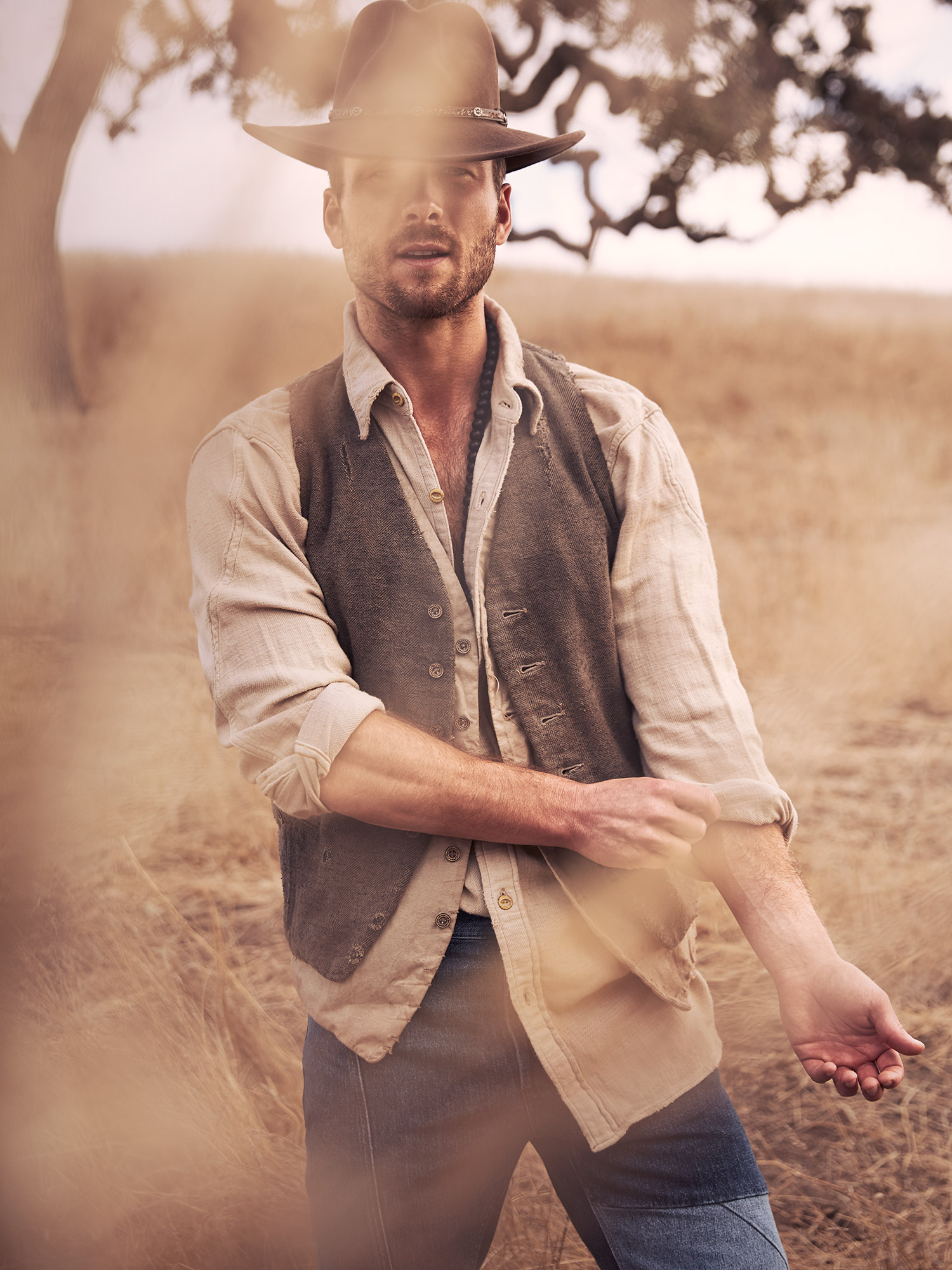 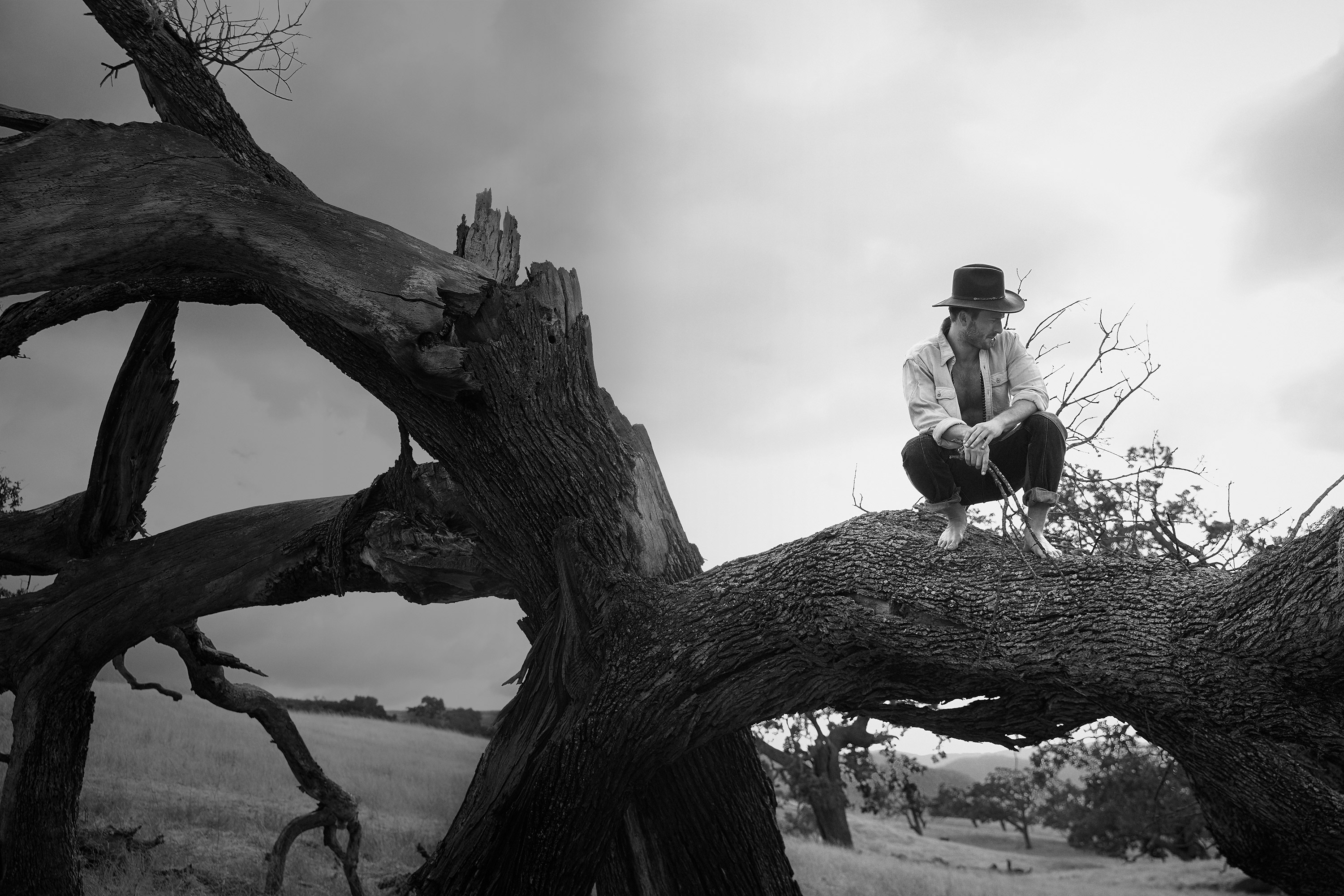 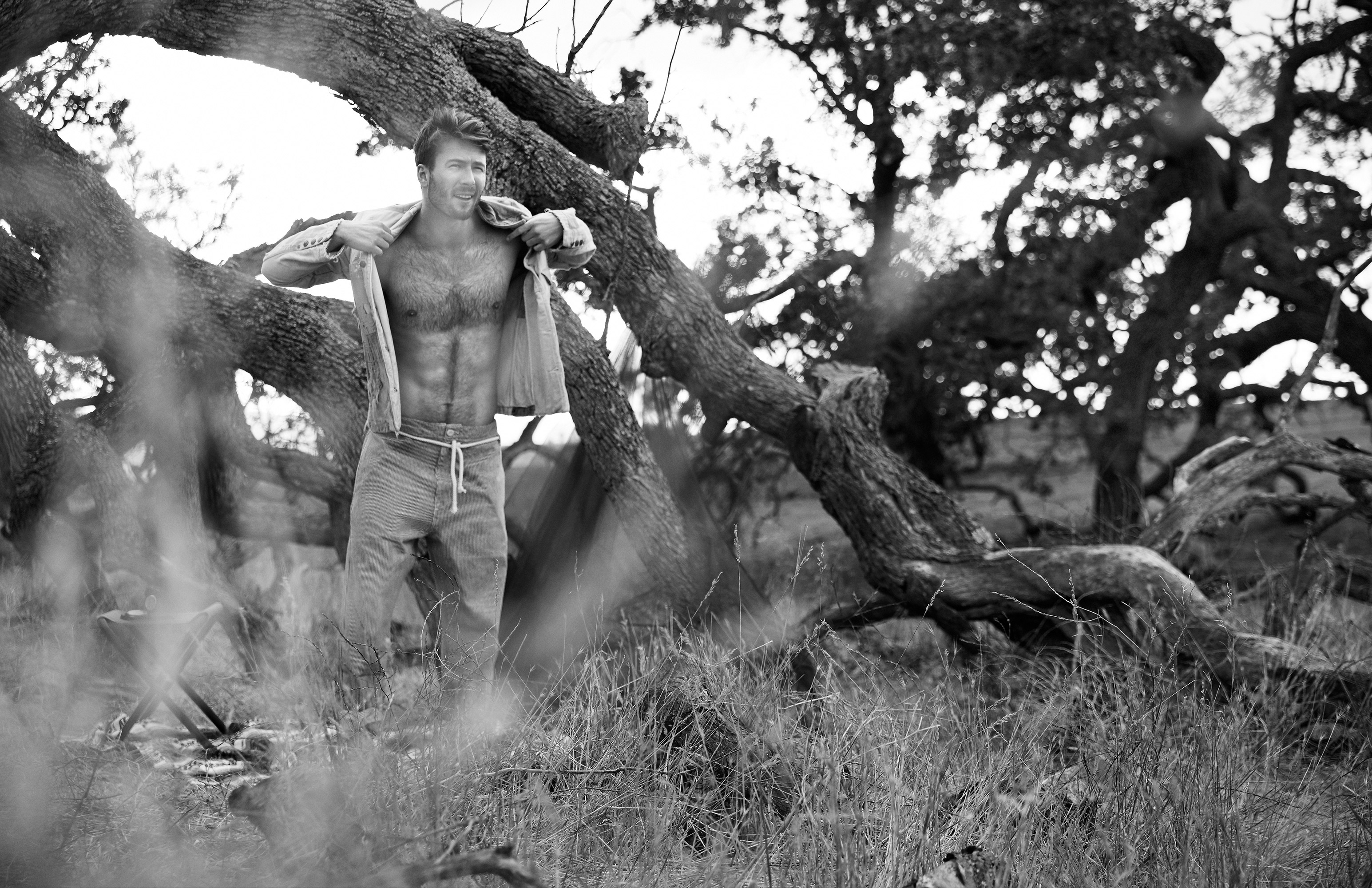 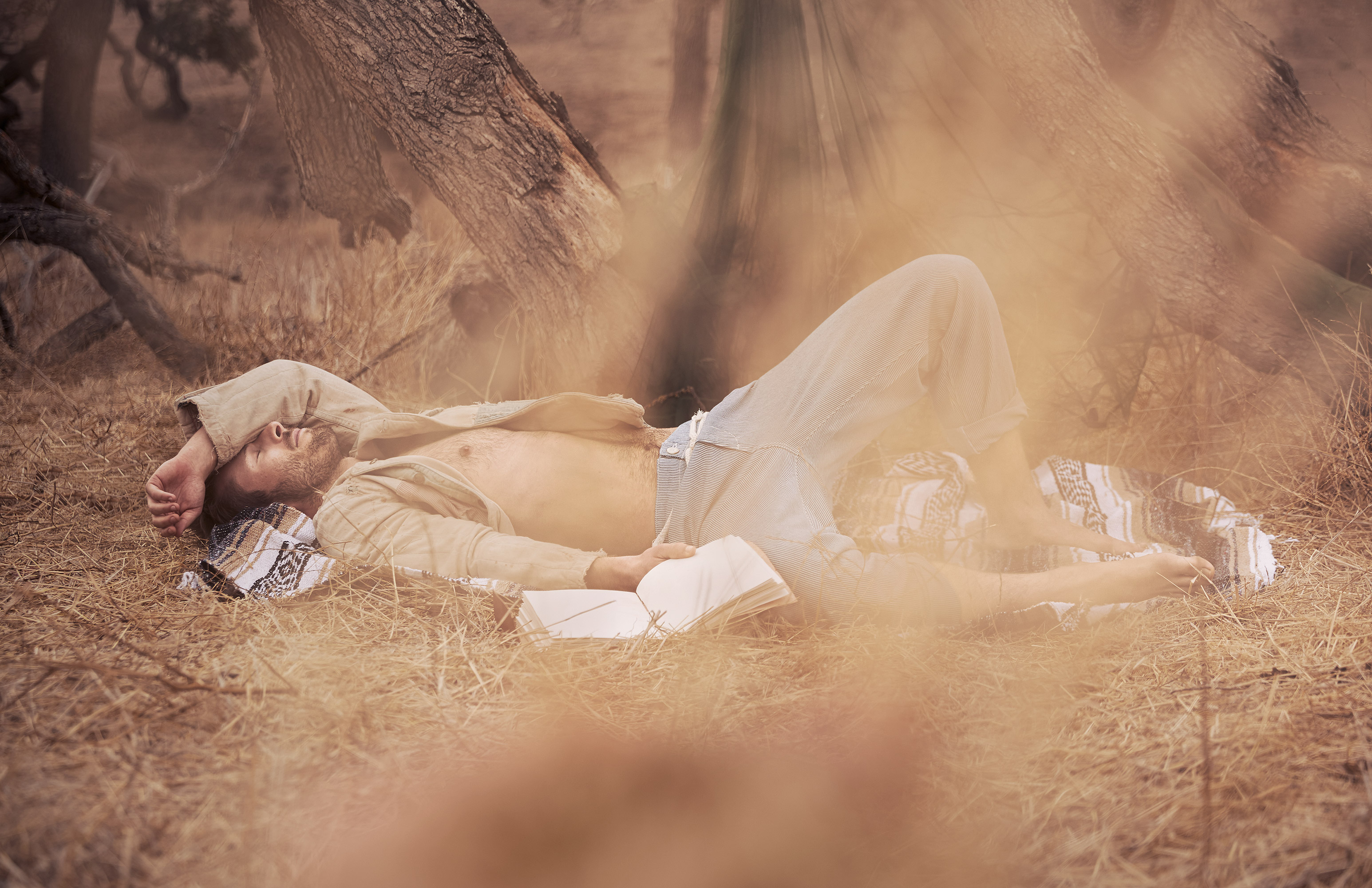 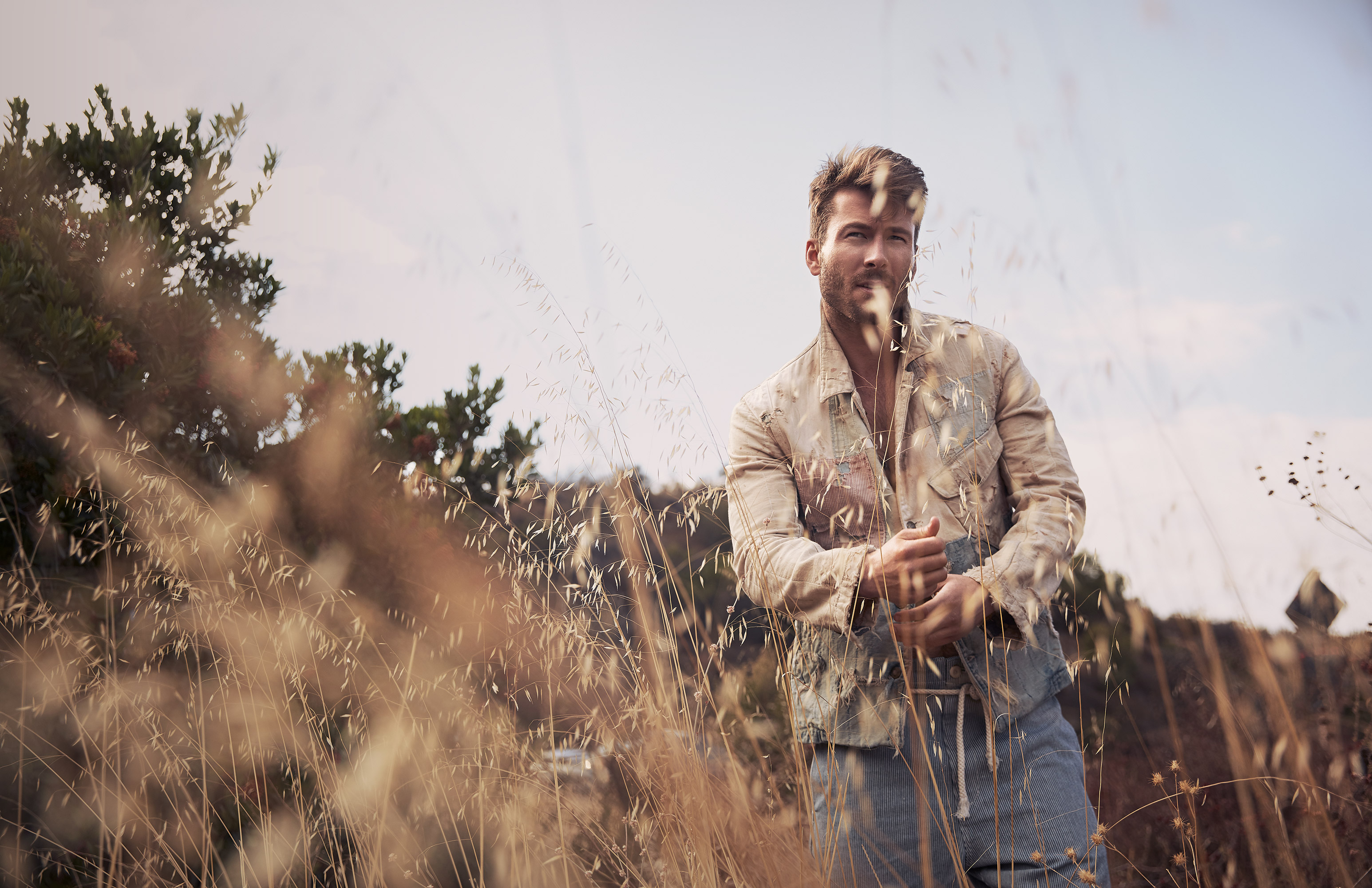 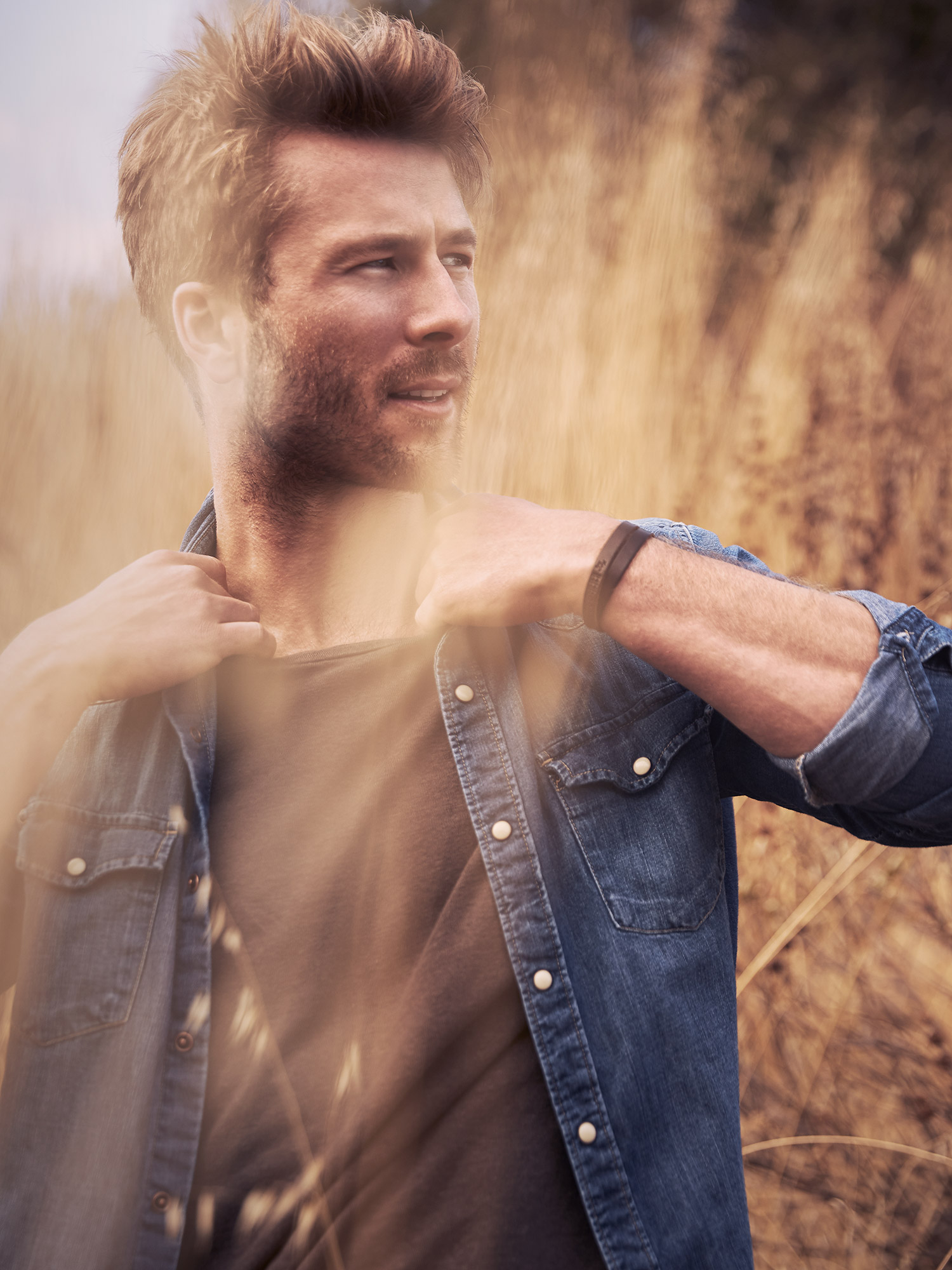 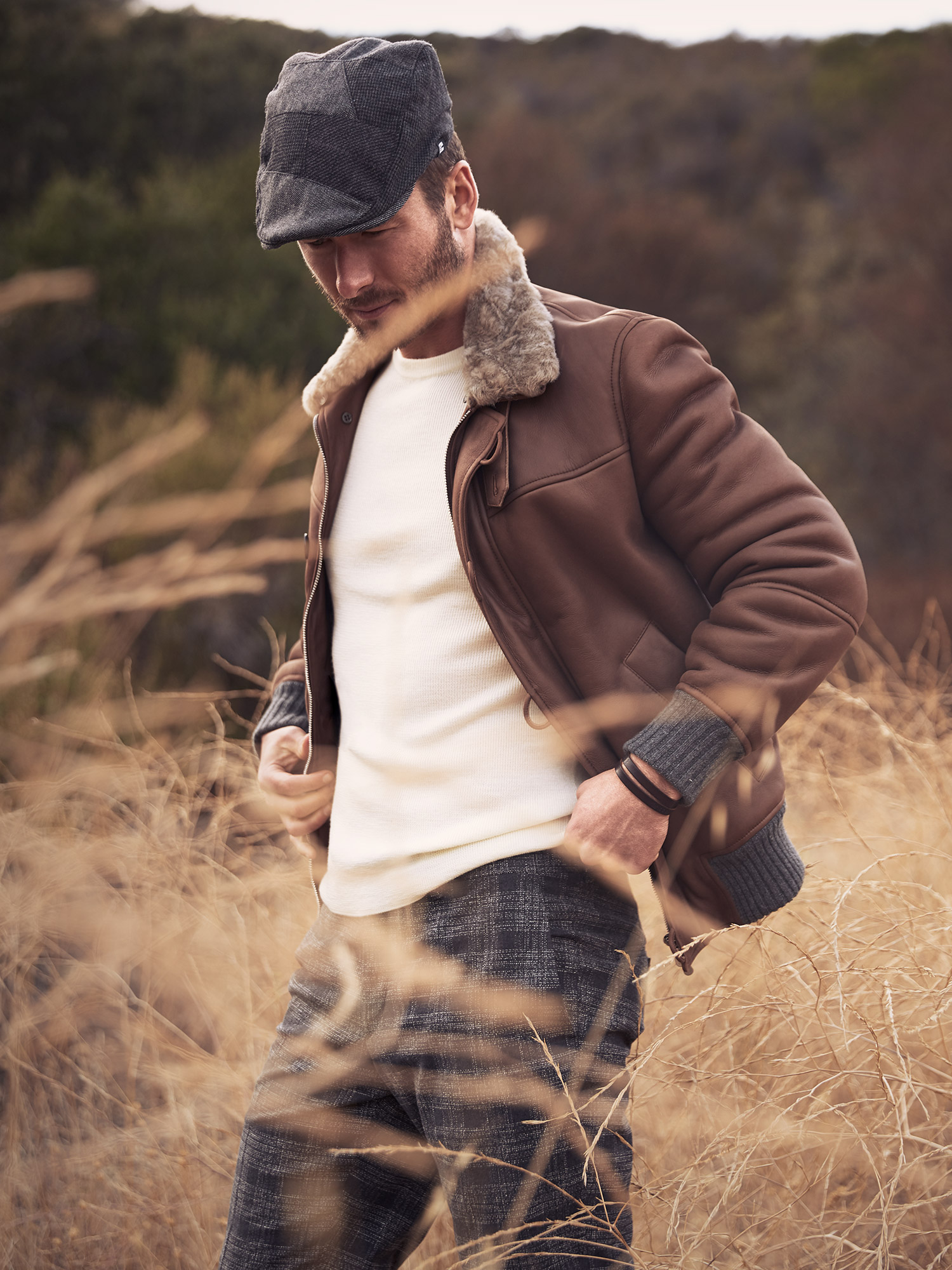 An easy-going dude from Austin, Texas, Glen Powell’s (@glenpowell) career path led him straight to Hollywood. With acting credits that include Hidden Figures, The Expendables 3 and upcoming, high-profile projects also destined to impress, the young hunk admits that his heart still belongs to Texas.

When did you know you wanted to be an actor?
When you’re fascinated by everything but have a short attention span, you’re well suited to be an actor. After seeing Top Gun, I wanted to be a fighter pilot; after Apollo 13, I wanted to be an astronaut; after Cool Runnings, I wanted to be a Jamaican bobsledder; after Braveheart, I wanted to re-liberate Scotland. After Raiders of the Lost Ark, I begged my parents to buy me a bullwhip. I carried it around everywhere. I wasn’t supposed to use it in the house, but rules are meant to be broken. There is still a chunk missing from the ceiling in my childhood bedroom.

Even though you now live in LA, you’re still a Texas cowboy at heart, aren’t you?
After shooting a role in a film called The Great Debaters, directed by Denzel Washington, I received a call in my freshman dorm at the University of Texas from Ed Limato, Denzel’s agent at William Morris. He wanted to sit down [with me] before The Great Debaters premiered. When I met with him and his colleagues, I wore Wranglers and a cowboy hat. He asked, “Did you just get off a farm?” I said, “Well…yeah.” Since then, my style has slightly adapted to Los Angeles, so I don’t look like such a cowboy. But I’ll break out the Stetson for game days or when I’m gathering the Texans in LA for some rowdiness. I do most of my writing and relaxing in Texas, so I rarely have time to miss it too much. Whenever my jeans get too tight and the Vs in my shirt get too deep, the family calls me back to Texas before they lose me to West Coast fashion completely.

You have a reputation for being the nicest guy in the world. Is that accurate?
Obviously you’ve never met me. Even if I volunteer with kids, it’s really more about playing sports with smaller people who aren’t as athletic as I am to feel better about myself. But in all seriousness, I’m truly grateful to be doing what I’ve been dreaming of doing my entire life. I’m surrounded by friends and family who love me for my heart, not my career, and who cheer for me in the wins and the losses. The tides of this business are constantly shifting, so I’m lucky I built my house on rock, not sand.

Hidden Figures was an overwhelming success. What was it like working on the set?
I remember the day we shot John Glenn’s launch and re-entry into orbit. I had read the debriefs and studied all the Friendship 7 flight footage to make sure I was true to real life. But whenever I got to set and stepped into the capsule, and the lights flickered to life and the grips began to shake the gimbal, I had a really hard time keeping a straight face. Those countless hours as a kid I spent in a refrigerator box after watching Apollo 13, pretending to return to Earth, came flooding back to me and I couldn’t stop smiling. [Director] Ted Melfi’s only note was, “Let’s go again. This time, have less fun.” Hidden Figures was a special kind of movie experience that may never happen again. The entire experience from start to finish was perfect. I was getting to work alongside amazing talents to tell an untold true story about heroic women. I played an American icon on the right side of history. And even better, the movie was fantastic and it was released at a time when our country needed it.

If you could work with any actor, past or present who would it be?
I’ve been really fortunate to get to work alongside my heroes. While shooting Expendables 3, I got to work alongside Sylvester Stallone, who has always been a north star for me in terms of his relentless work ethic. That guy never had his hand out begging for a job. He wrote and produced his way to an acting career. On Hidden Figures I got to work with Kevin Costner, who embodies everything it is to be an American movie star. In an ultimate bucket list moment, Kevin took me to see the Braves play the Dodgers. We sat behind home plate and talked life, love and baseball. I also got to siphon some career advice between innings. My favorite one was, “You’re gonna play the hero. Try to be that same hero off the screen that you are on the screen.” As far as the future goes, Tom Cruise has always been an idol of mine. I grew up on Jerry Maguire, Top Gun and A Few Good Men. That’s the career I want. He’s famous for his dedication, curiosity and generosity. Being one of the biggest movie stars on the planet for three decades is next to impossible. I’ll hang off any airplane he tells me to as long as he gives me his secret.

What’s on the horizon for you in 2018?
This past summer I shot the romantic comedy Set It Up, which I star in with Zoey Deutch. And I just saw it and it’s awesome. I know the rom-com has been pronounced dead, but I really think this one could resurrect the whole genre. The movie follows two over-worked assistants who puppeteer their bosses into romance so they can finally have free time. It’s basically When Harry Met Sally meets The Parent Trap. It’s coming to Netflix summer 2018.

Also coming in 2018 is a film based on the best-selling book The Guernsey Literary and Potato Peel Pie Society. Don’t judge a book by its endless cover/title. Even if you haven’t read it, your mom’s book club definitely has. It stars Lily James and I play the lone American in a sweeping British love story set on an island ravaged by the Nazis in World War II. If you have a heart, this movie is for you.

I’ll be shooting Devotion, based on the best-selling true story about Tom Hudner and Jesse Brown, who flew alongside each other in the Korean War. In an era when men of different skin colors didn’t fight next to each other, Tom and Jesse became the Navy’s most famous angels in the sky. When Brown’s aircraft was gunned down behind enemy lines, Hudner intentionally crashed his own plane in order to save him. I have the honor of playing Medal of Honor winner Captain Tom Hudner.

And very soon I’ll be able to share some fun news about what I’m shooting summer 2018. Hint: I gotta get to the gym.

If you could change one thing about Hollywood, what would it be?
As you’ve seen recently in the news, a lot more is wrong with Hollywood than anyone thought. As my family in Texas would say, “It’s good to clear out the dead wood.” The business is filled with so many talented people who are good-intentioned and honorable. I think that taking the parasites out of the ecosystem is going to be good for the health and creativity of the business at large. Just to be clear, I don’t ask anyone to watch me shower. Occasionally, a platonic loofah scrub, but I’ll save my Expendables cast stories for the next interview.

Can you complete this sentence: In five years Glen Powell will be…
…available for birthdays and bar mitzvahs. And select car dealership openings.

The photos of you on these pages are incredible. Tell me about the photo shoot
[Photographer} John Russo is the man. He’s willing to go the distance to make you look cooler than you are. This business is smoke and mirrors, and John deserves his own Vegas show. On this shoot, John was so excited about getting away from the overshot LA landscapes, so we trucked out into the faux African savannah of the Santa Barbara Hill Country. We wiggled through a barbed-wire fence and proceeded to have a blast shooting in a pasture, around irritable cows and trees that died dramatically. Suddenly, our cars were boxed in by hot-blooded locals who had called the police and clearly wanted us to get the chair for trespassing. When the police arrived, John explained his vision and apologized for being seduced by the landscape and its aesthetic promise. The police—and the cast of Deliverance—were all charmed. Also note that in some of these photos I’m wearing John’s shirt. The man literally gave me the shirt off his back to make me look like a movie star. My favorite photo shoot ever. I didn’t even have to go to jail for it.

Born into the iconic Ferragamo family, Edo Ferragamo is making sure his surname is synonomous not only with a luxury fashion brand, but also with popular and electronic music.