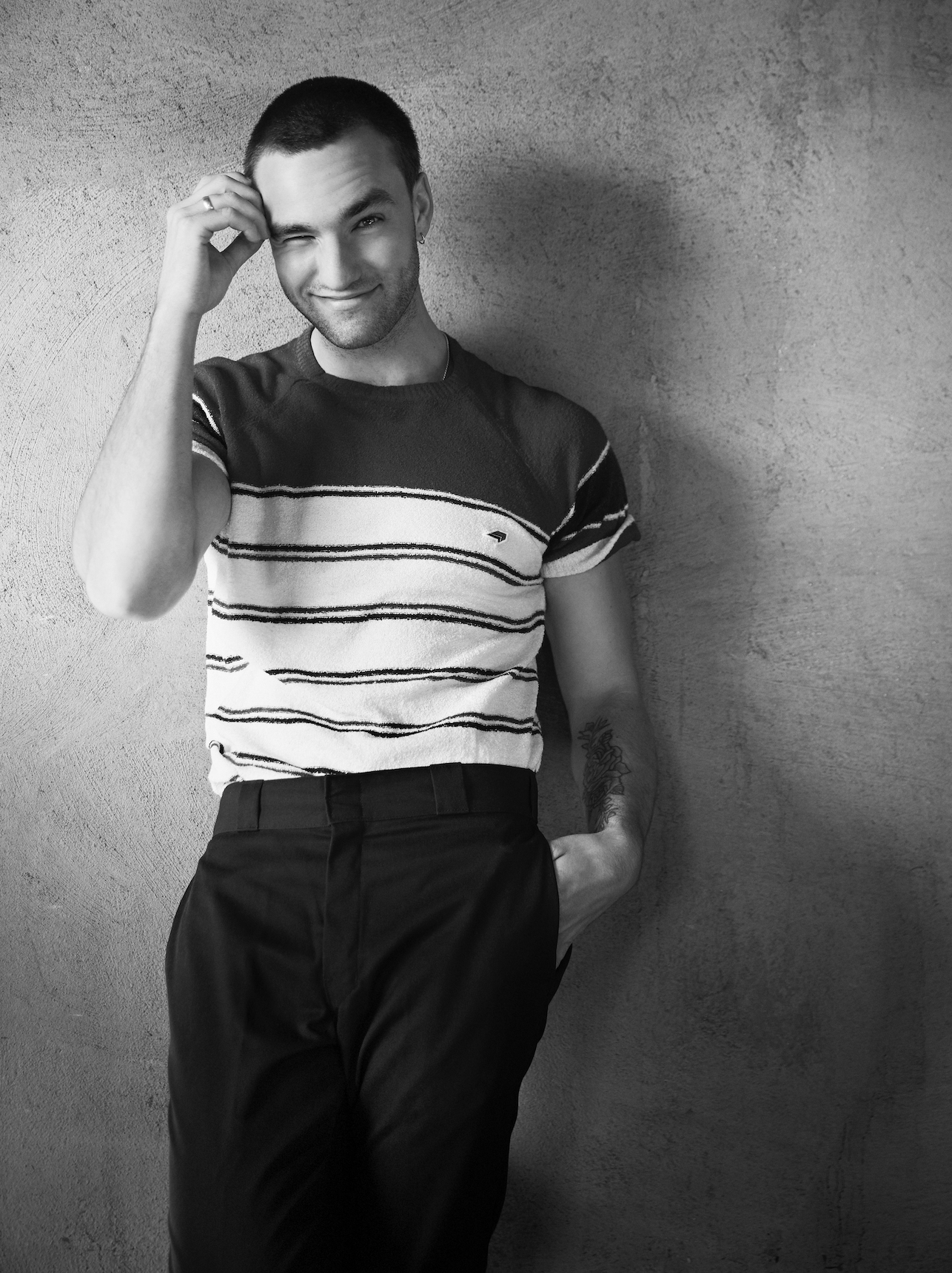 Marching to the beat of his own drum, Jackson White is capturing the hearts of viewers one performance at a time. Currently starring in his break out role on the critically-acclaimed HBO comedy series, Mrs. Fletcher, as Brandan the college freshman son of Eve Fletcher, played by Kathryn Hahn. Based on the bestselling novel by Tom Perrotta, the show is a dual coming-of-age story, which explores the influence of internet porn and social media on the lives of Brandan and his empty-nest mother. Son of decorated actress and singer Katey Sagal, White has also starred in The Space Between, SEAL Team and The Middle, and is also a skilled guitarist, drummer, singer and song-writer. Here, we sit for a chat with the actor.

What can you tell us about the series and your character Brendan has evolved from the first episode through the upcoming finale?

I love Brendan. I wish I could be his dad. I had to figure him out pretty thoroughly. He’s extremely bottled up. He has a facade in the earlier episodes that turns into a deep seated white-boy tension, and it seeps through the cracks. You start to see the limitation of Brendan’s social skills. Then you see his lack of knowledge. Then you see how isolated that makes him. Then you see him get happy. But then it all culminates with a situation that wakes him up and sets him back to his ignorant high school energy. Most importantly, this is a real dude. I wish Brendan got some therapy. I think boys need a class on figuring out what their traumas are.

What was your favorite takeaway from this shooting experience?

I learned how to shoot a TV show. I holed up in Greenpoint, Brooklyn, and (unintentionally) became as isolated as Brendan is, which was helpful but also a little sad. The takeaway for me was a reminder to stay connected to friends and family if I can.

How was it working with Kathryn Hahn? Did she help guide you on set in any way?

Yes, Kathryn showed me how to lead the charge. She had the perfect blend of friendly and professional. I tried to copy that. And her work is brilliant.

Do you relate to your character Brendan?

I’ve thought about that. I relate to him a bit. I’m a space cadet. I zone out and sometimes the world goes past my eyes. I definitely understand him in the moments when he loses connection. Everything else not really. I like him, sorta. He’s severely repressed. It’s pretty uncomfy to watch.

Mrs. Fletcher is adapted from the book by Tom Perrotta. Did he give you any tips for your storyline?

The book is great. It flips between hers and his story line. But his story is in first person and hers is in third. It puts you behind the eyes of this brutish young dude, which is really funny to read. Tom Perrotta is a genius, so he masters the thought process of an idiot.

As an actor, what did this role specifically teach you and how did it help you grow as a performer?

This was my first time having a camera follow me for every shot. When it’s your perspective, it can be hard but very fun. We had great directors who took care of us. I just tried to be consistent in every scene and not eat too much pizza before we shot the next day.

Coming from a family in the industry, did your mom give you any words of wisdom as you explored acting?

She taught me that it’s a job like any other job. You prepare, you show up, you do it, you go home and you have a life.