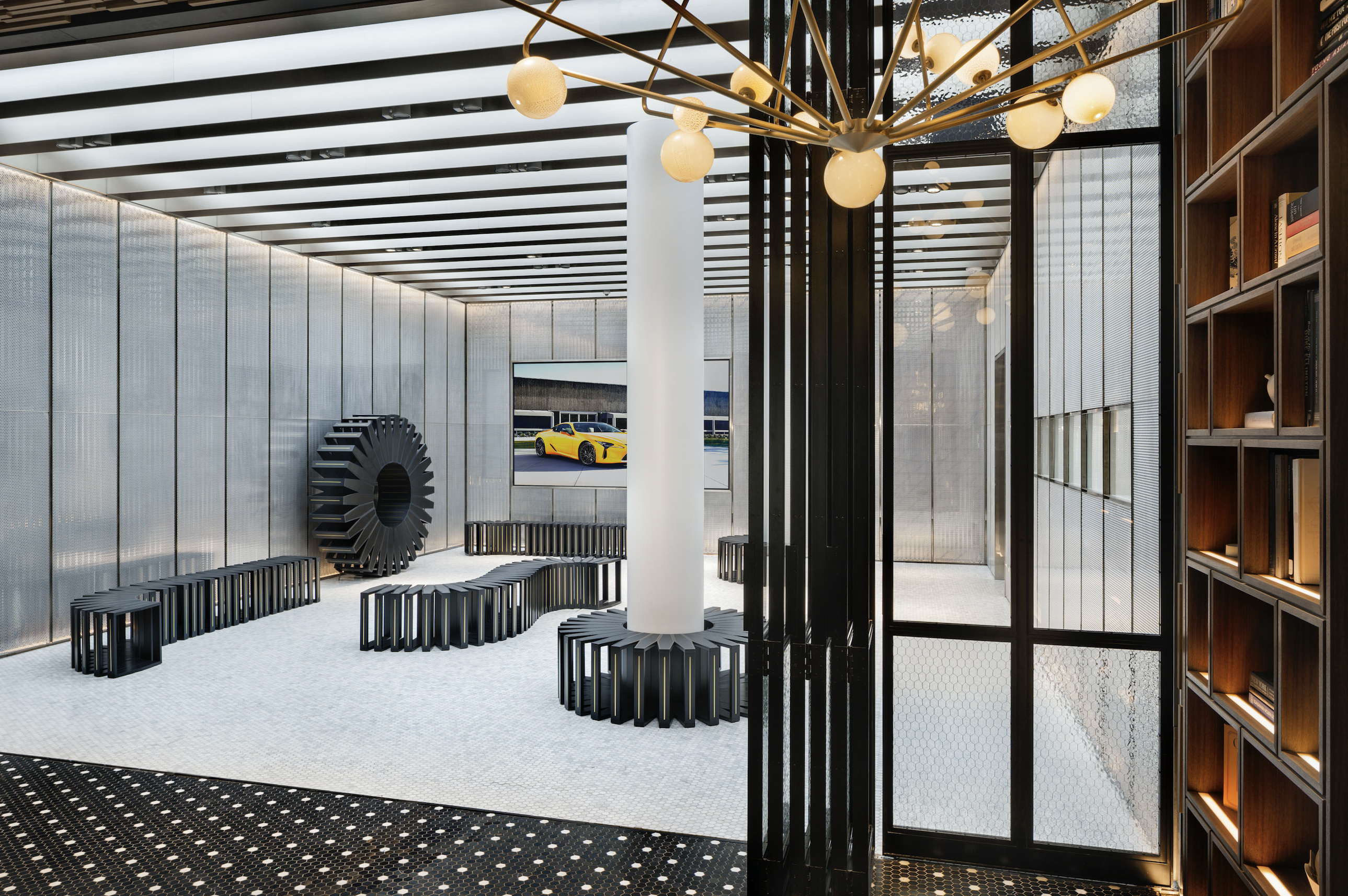 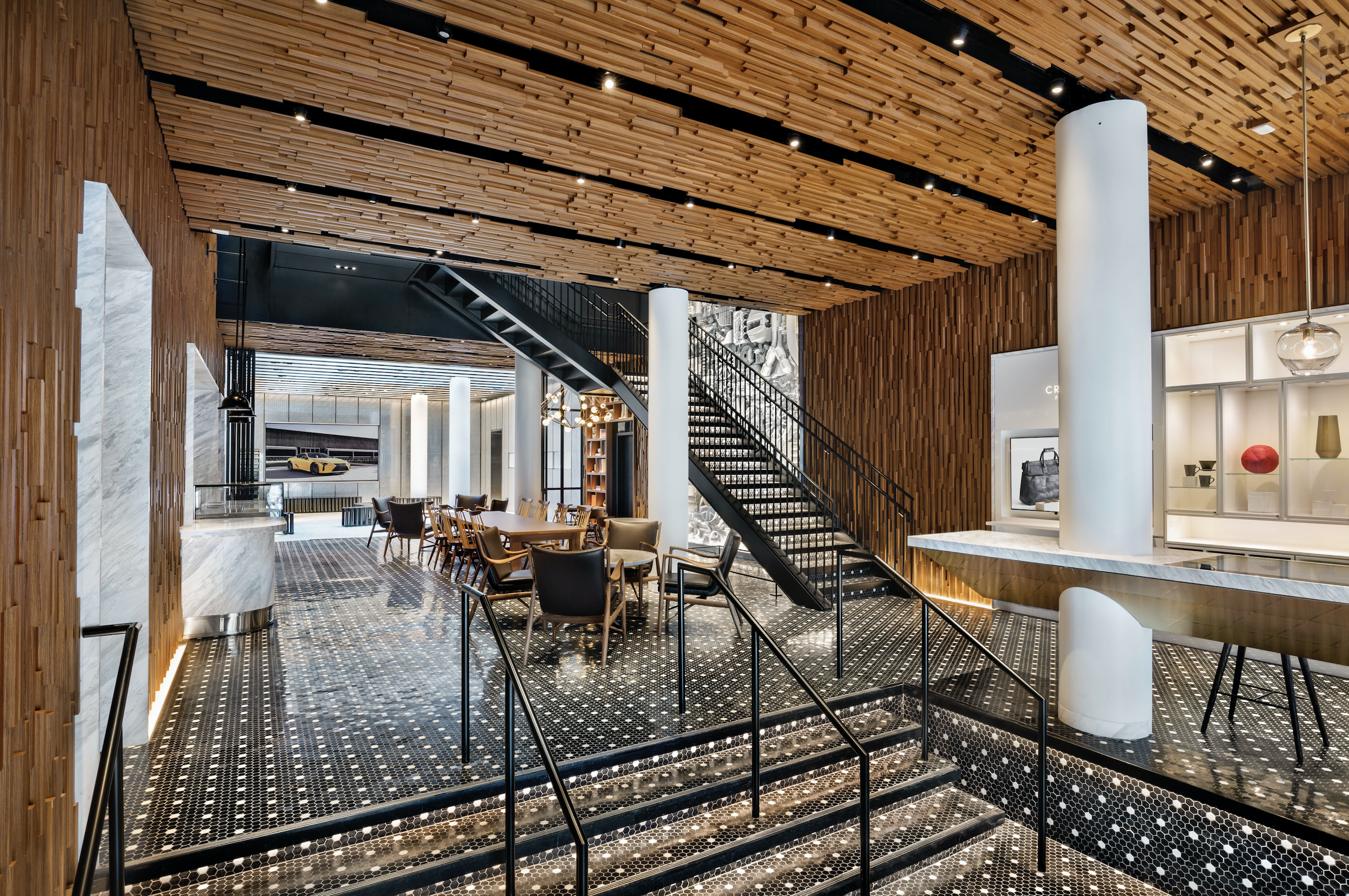 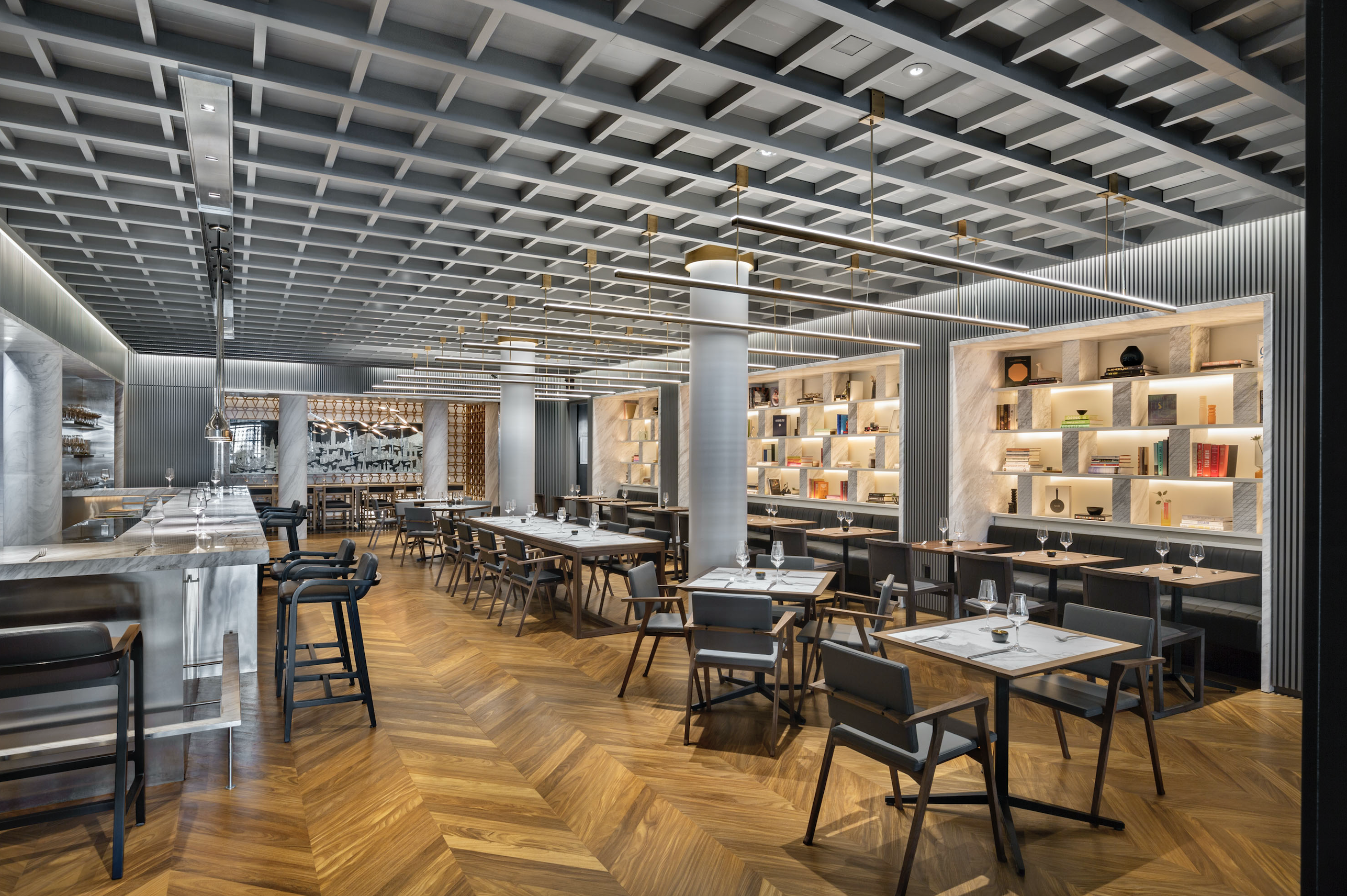 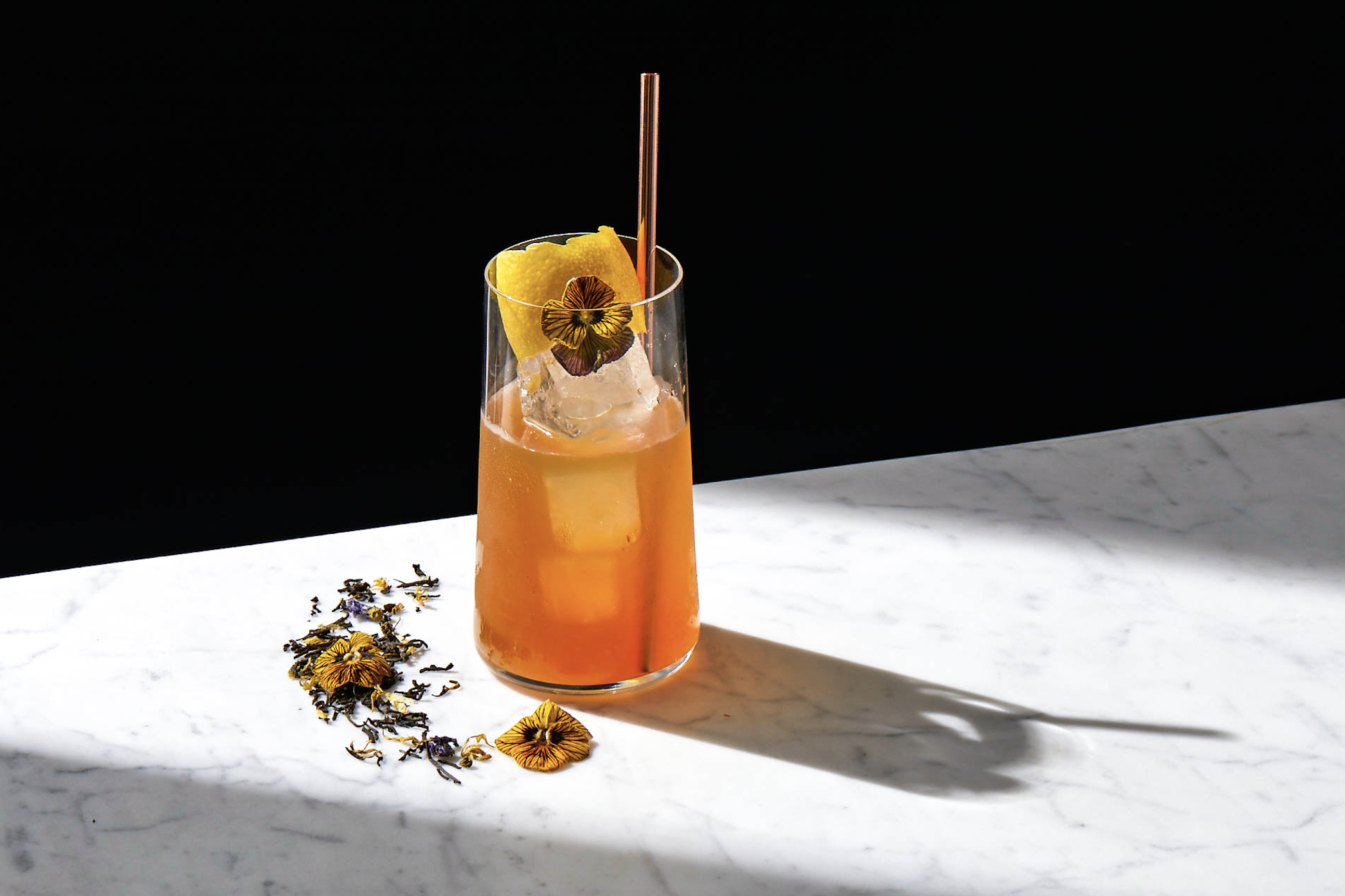 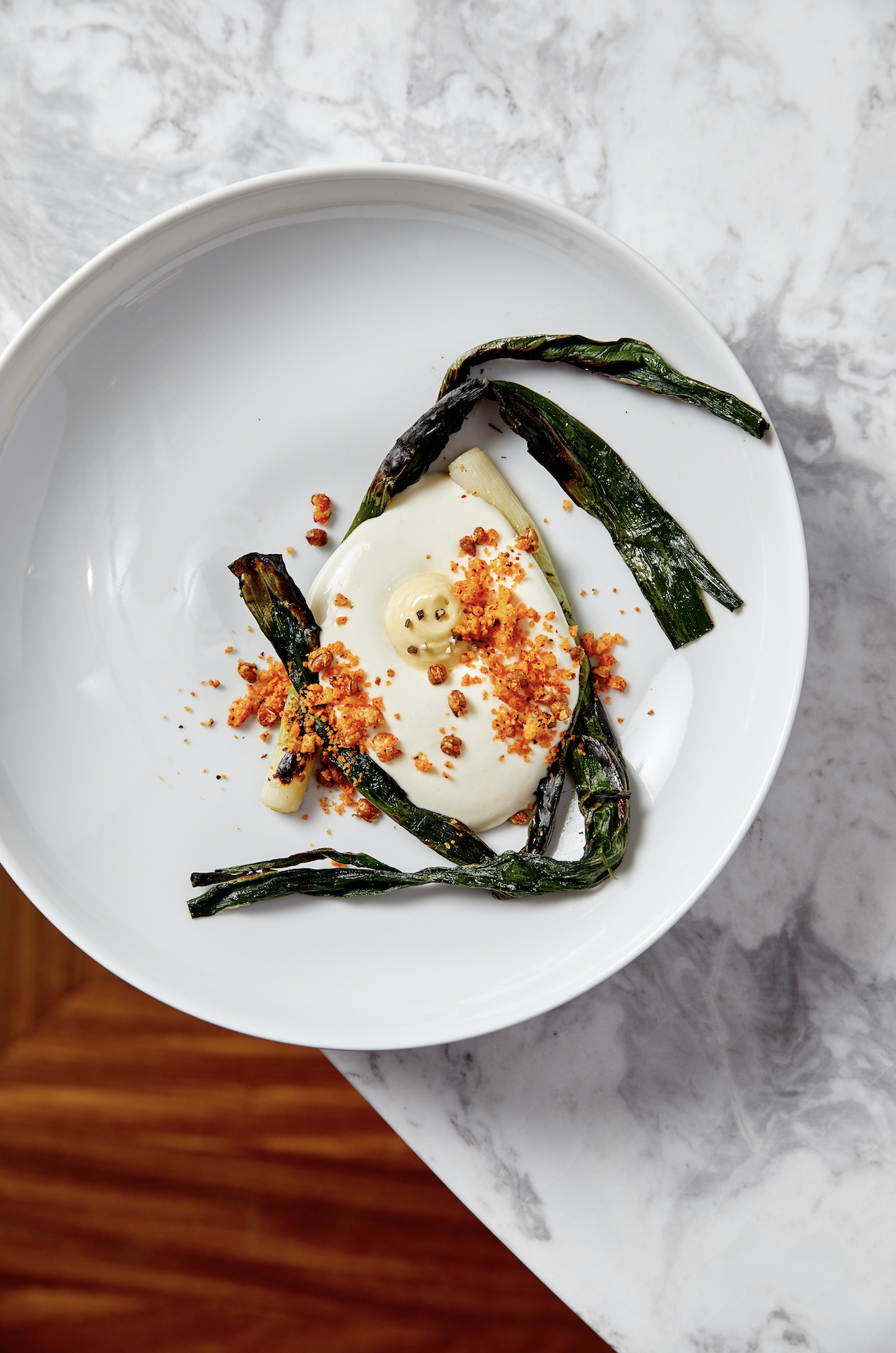 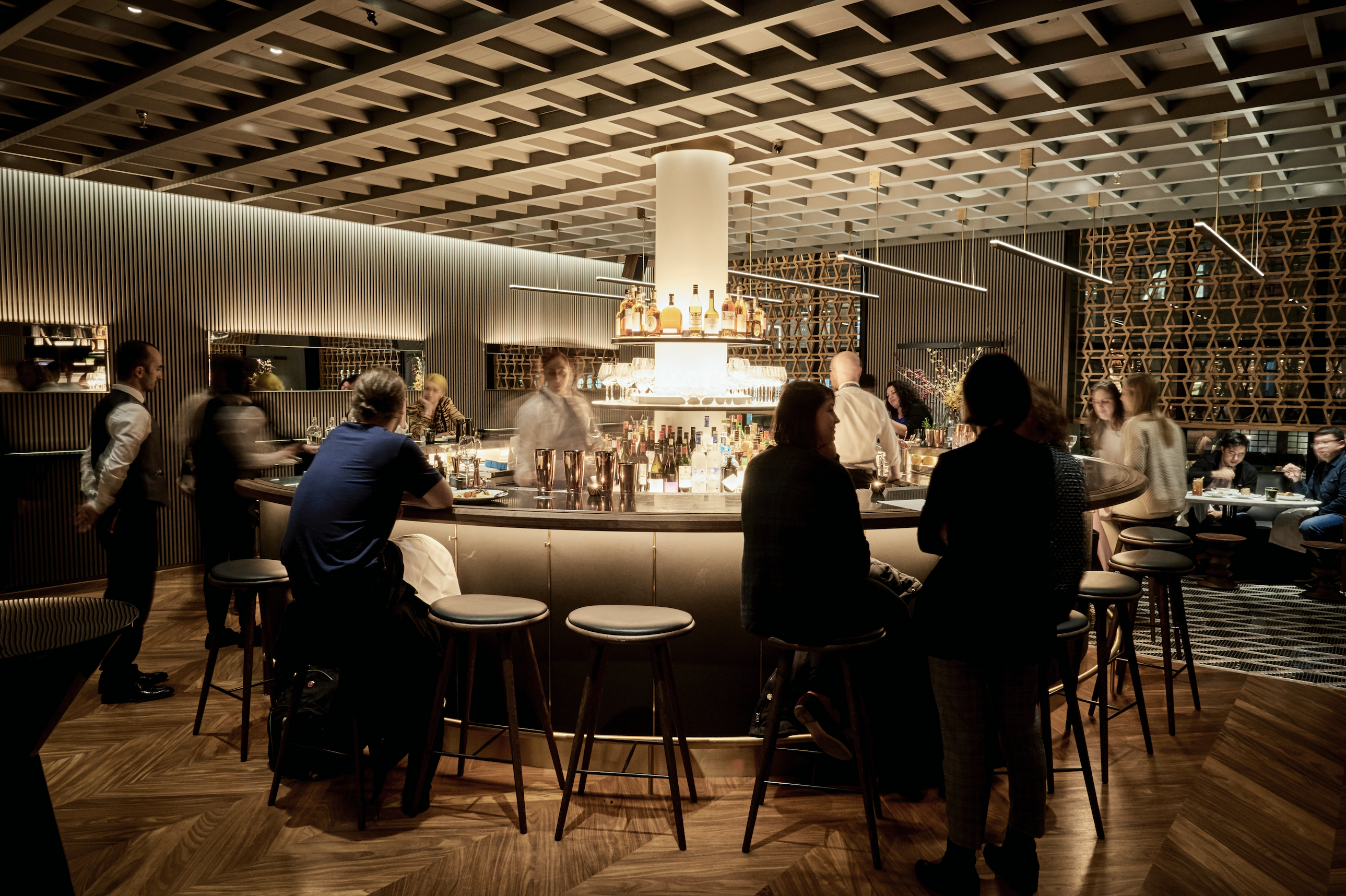 A sense of movement is evident from the moment you enter the lobby, where designer Masamichi Katayama used dizzying black-and-white mosaic tiles on the floor and steps. Up the suspended staircase, past a floor-to-ceiling mural of painted car parts, one side of the second floor has a cozy cocktail lounge dominated by a marble-topped circular bar (any resemblance to a hubcap is purely deliberate). On the other side is the restaurant, a room of lines and angles—herringbone-patterned wood floor, stick-like light fixtures, wall shelves lined with artfully stacked books. Top guest chefs and menus will change two to three times per year. First up, chef Gregory Marchand of Frenchie in Paris and London, featured neo-bistro fare like baby leeks with smoked egg yolk and duck with salsify and sunchokes. Next, chef Sergio Barroso of Santiago, Chile’s Restaurante 040 offers a molecular gastronomy tapas menu (spring/summer 2019). The third floor houses the main art gallery (a smaller gallery and a CRAFTED FOR LEXUS retail area are street-level). Multimedia exhibits, which also change every few months, emphasize envelope-pushing innovation and interactivity. Appropriately, the first installation employed some of the same technology that autonomous vehicles use to see the road ahead to turn viewers’ gestures into ephemeral works of art. 412 W. 14th St., New York, NY, 212.230.5832, intersect-nyc.com

Magnificence on the Mile

Superb service, luxurious accommodations, a new rooftop hotspot and indulgent spa treatments are calling me back to The Peninsula Chicago.

We head to the newly remodeled The Palazzo at The Venetian Las Vegas for 48 hours of nonstop fun while checking out its creative cocktail venues, world-class dining, spacious guest suites and innovative digital art installations.