There’s nothing typical about the new Hotel Californian, an ultra-luxurious seaside retreat in the city of Santa Barbara, located at the intersection of funky and chic. 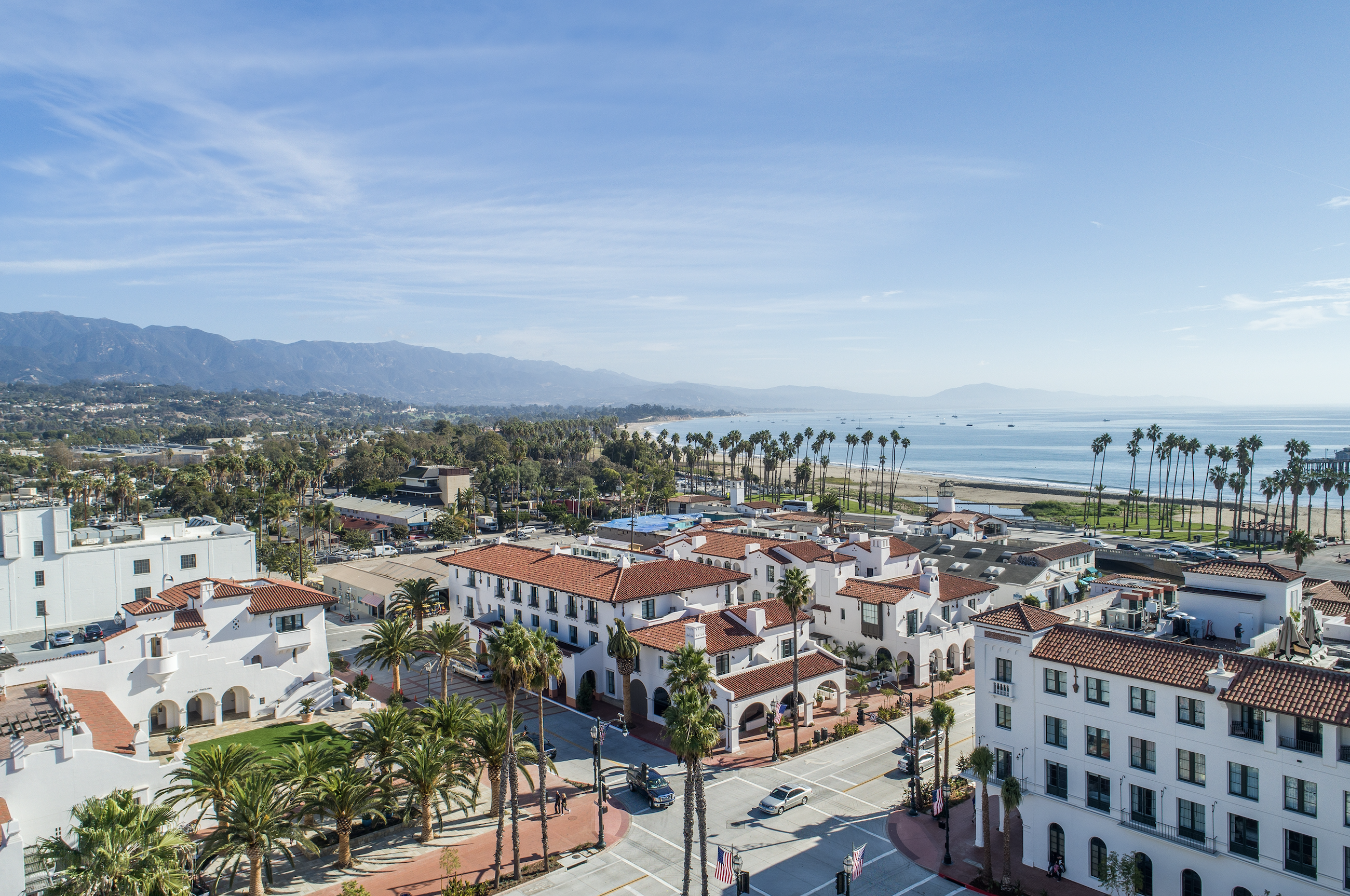 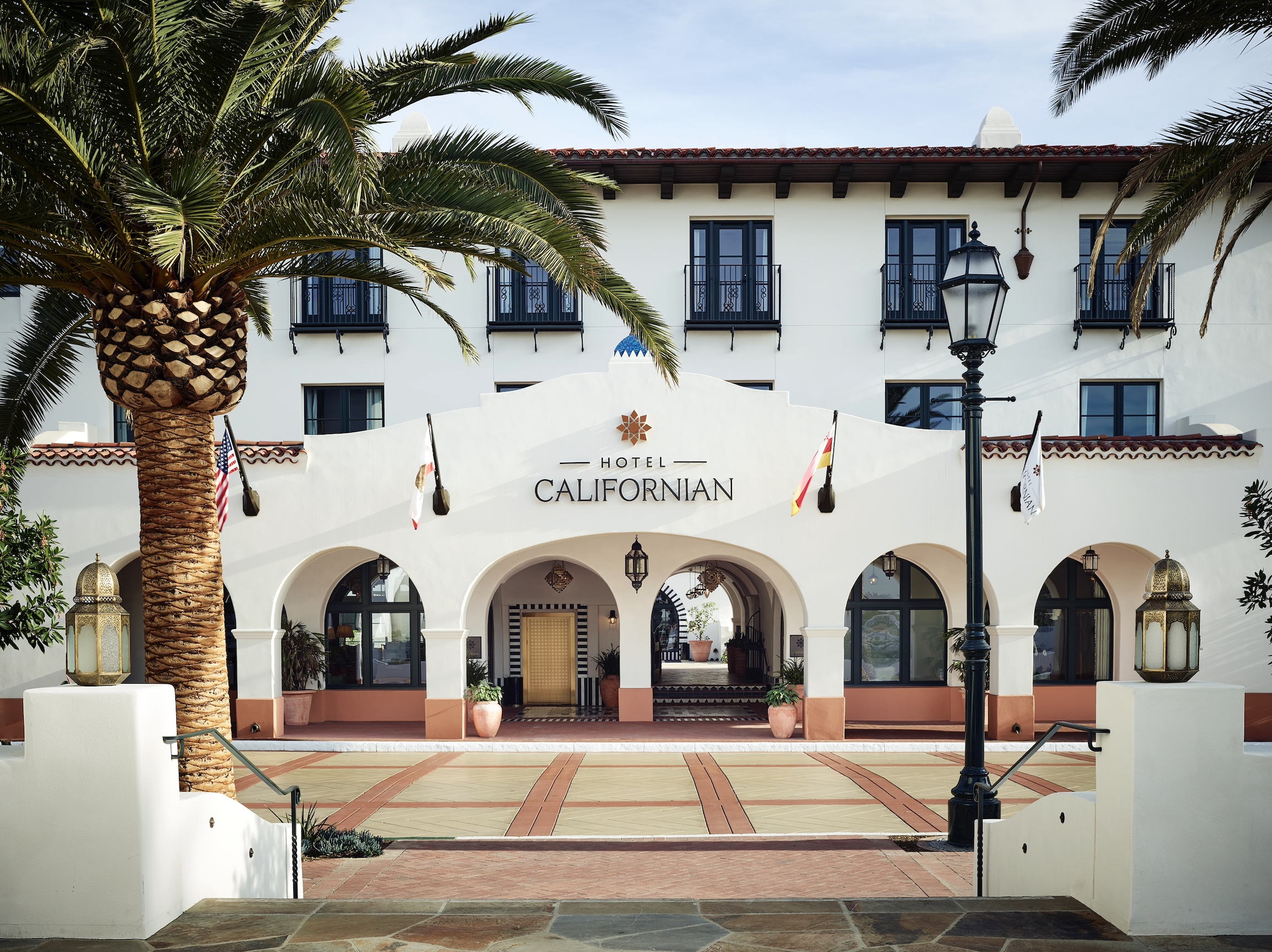 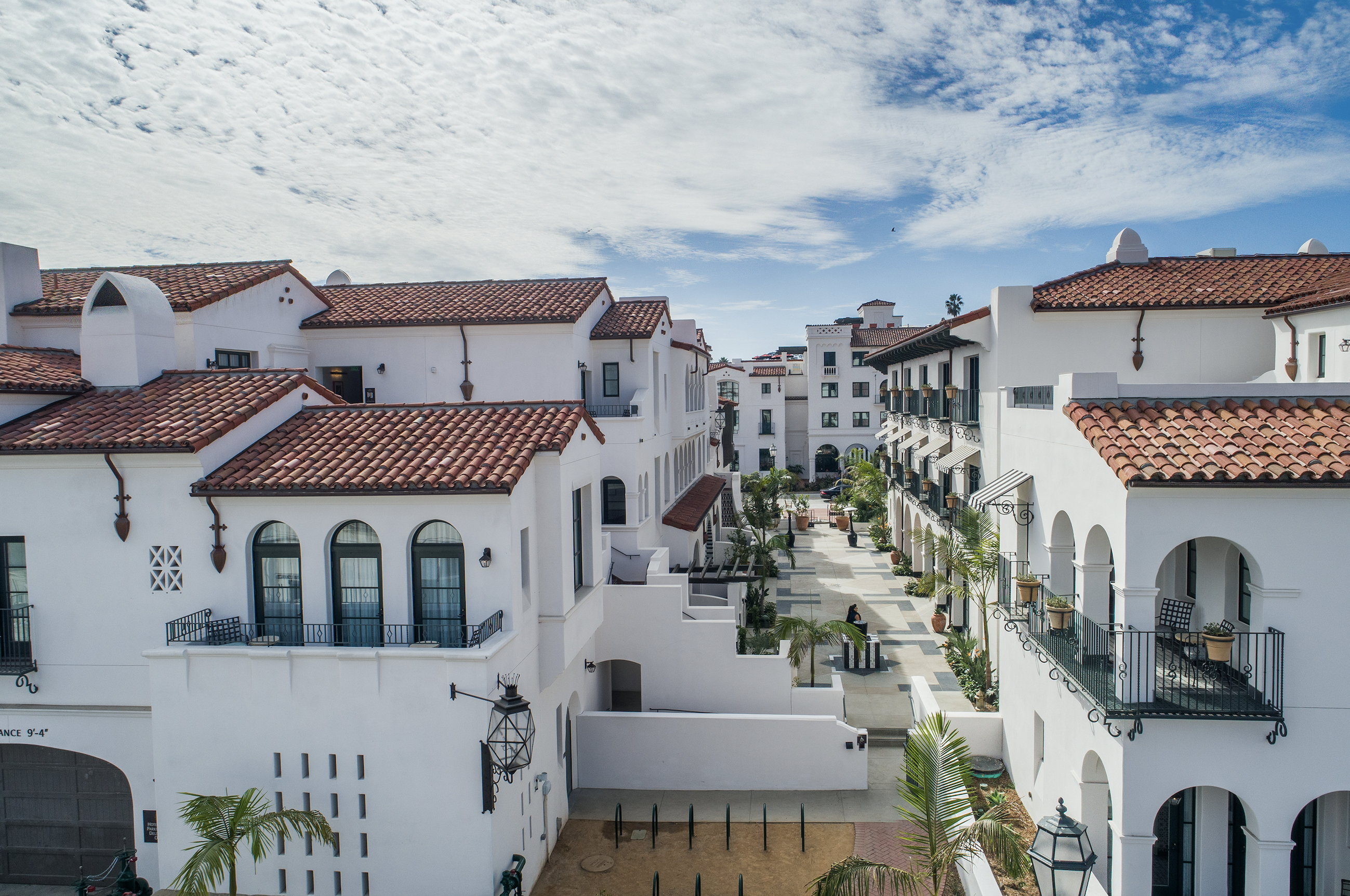 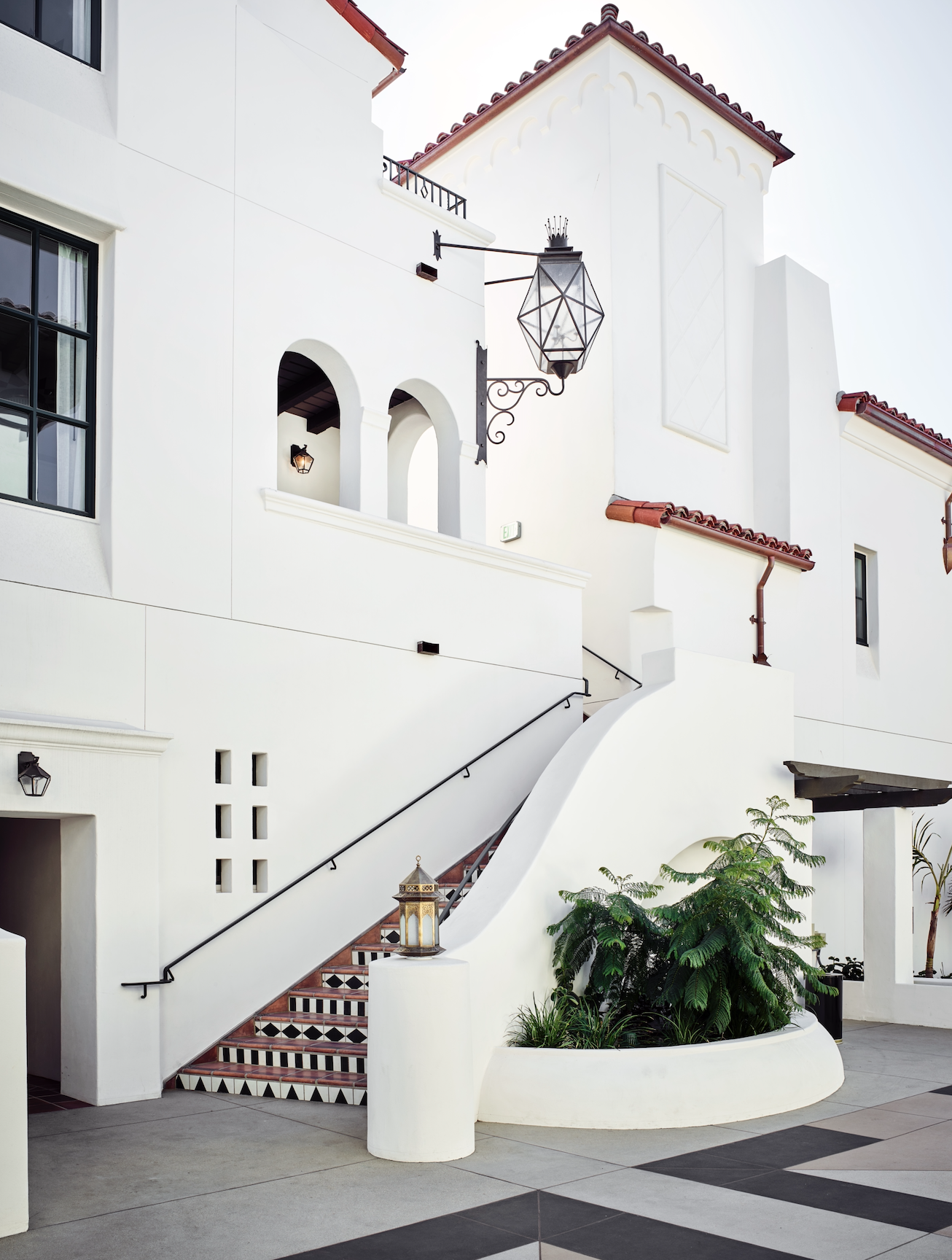 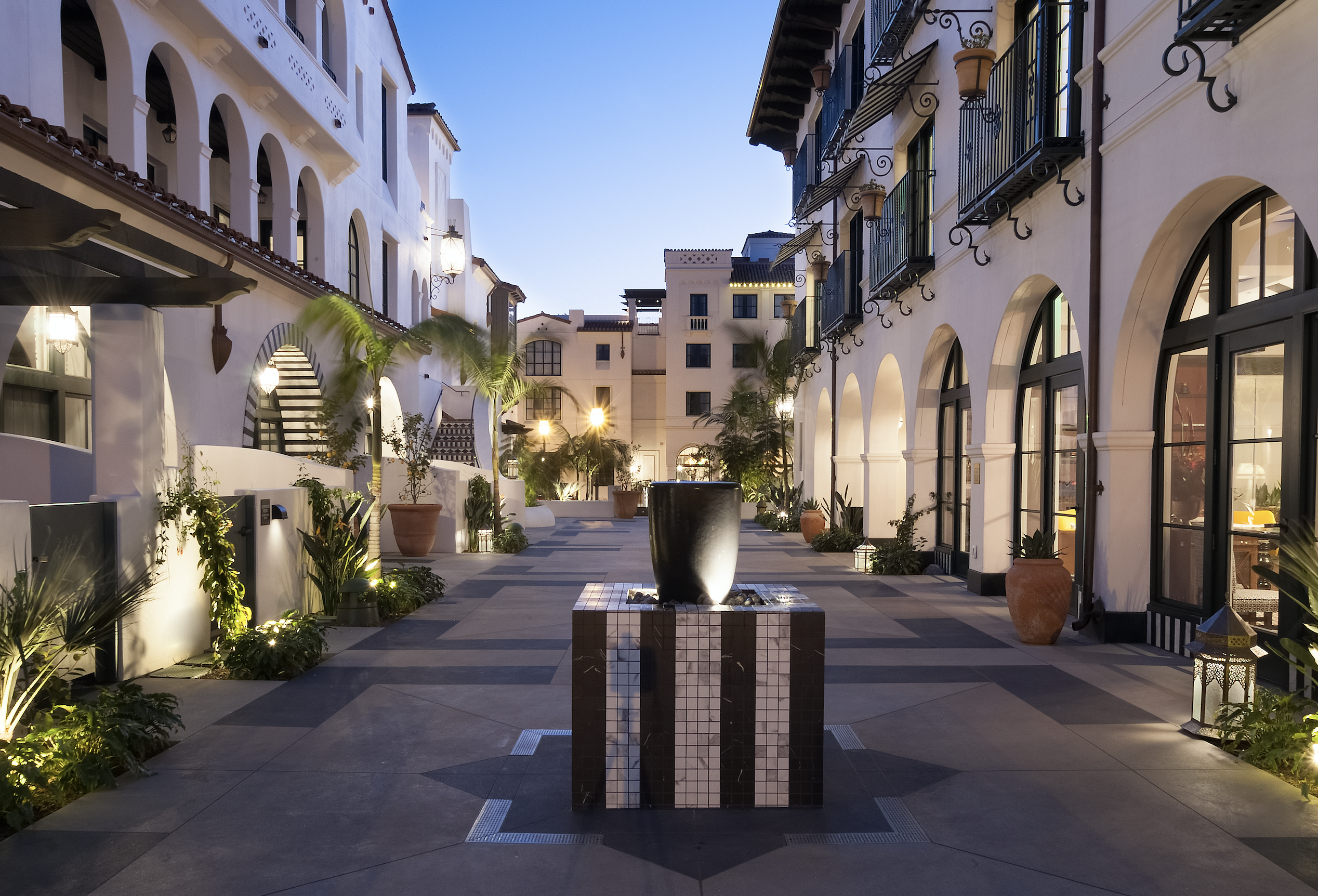 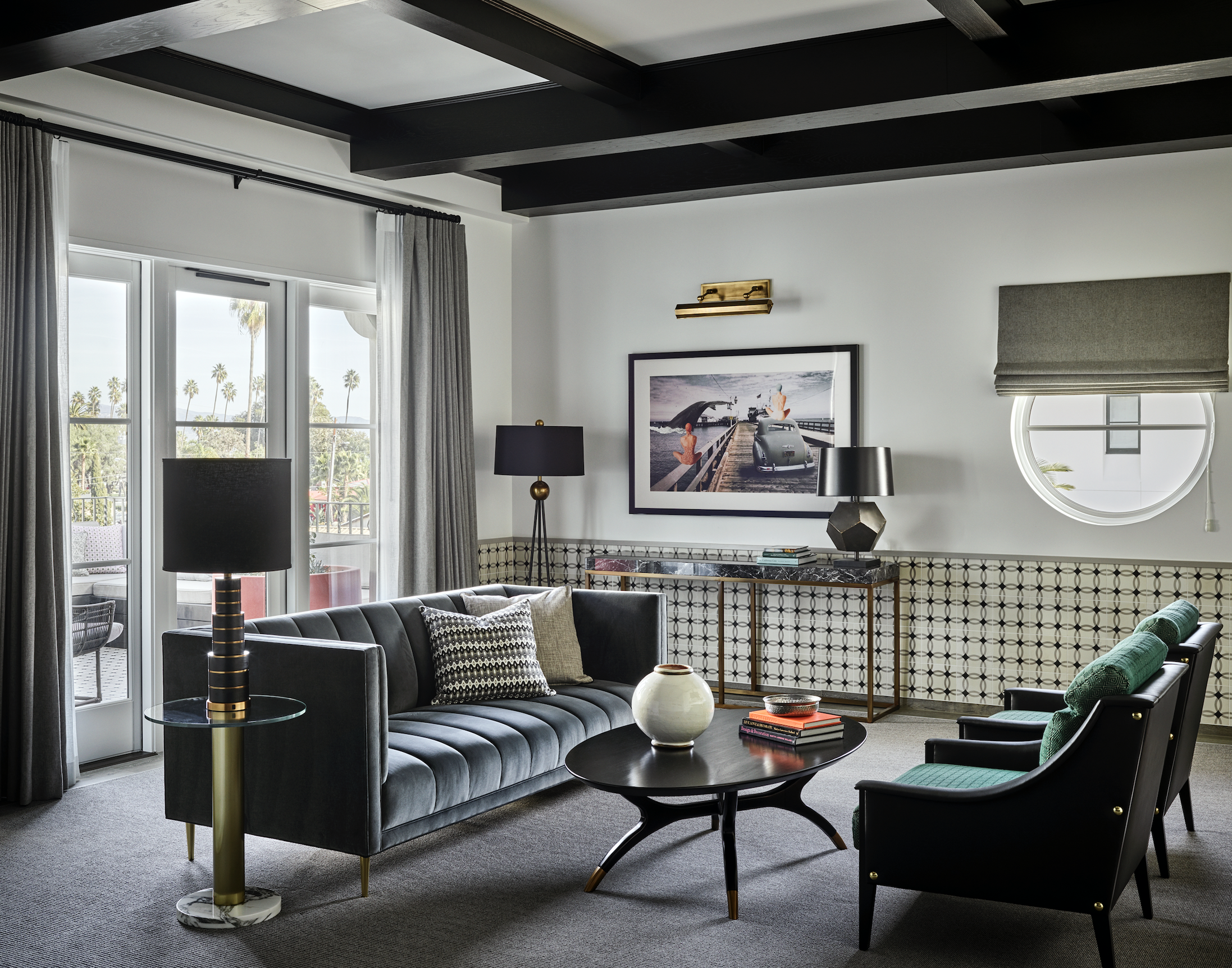 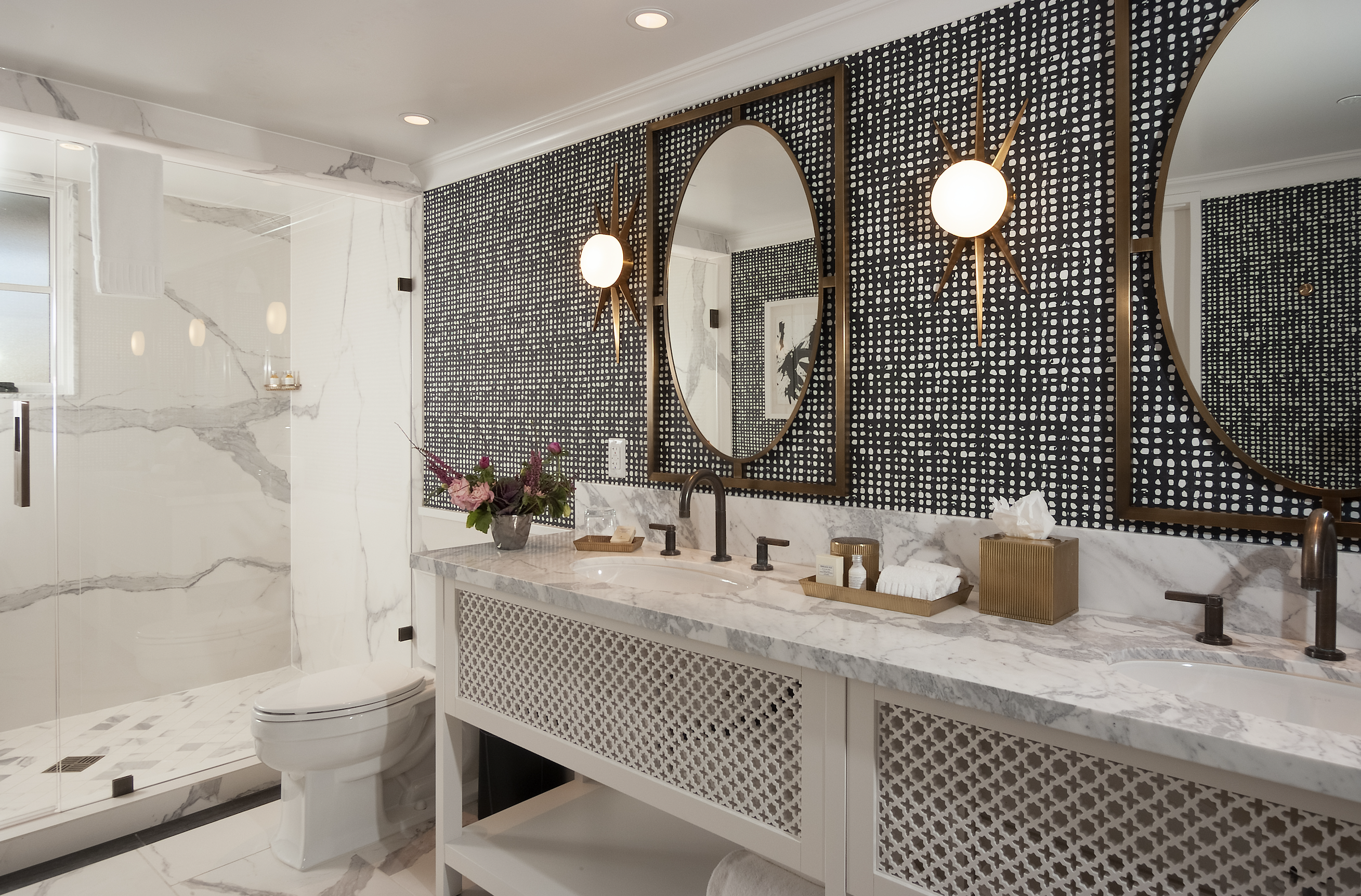 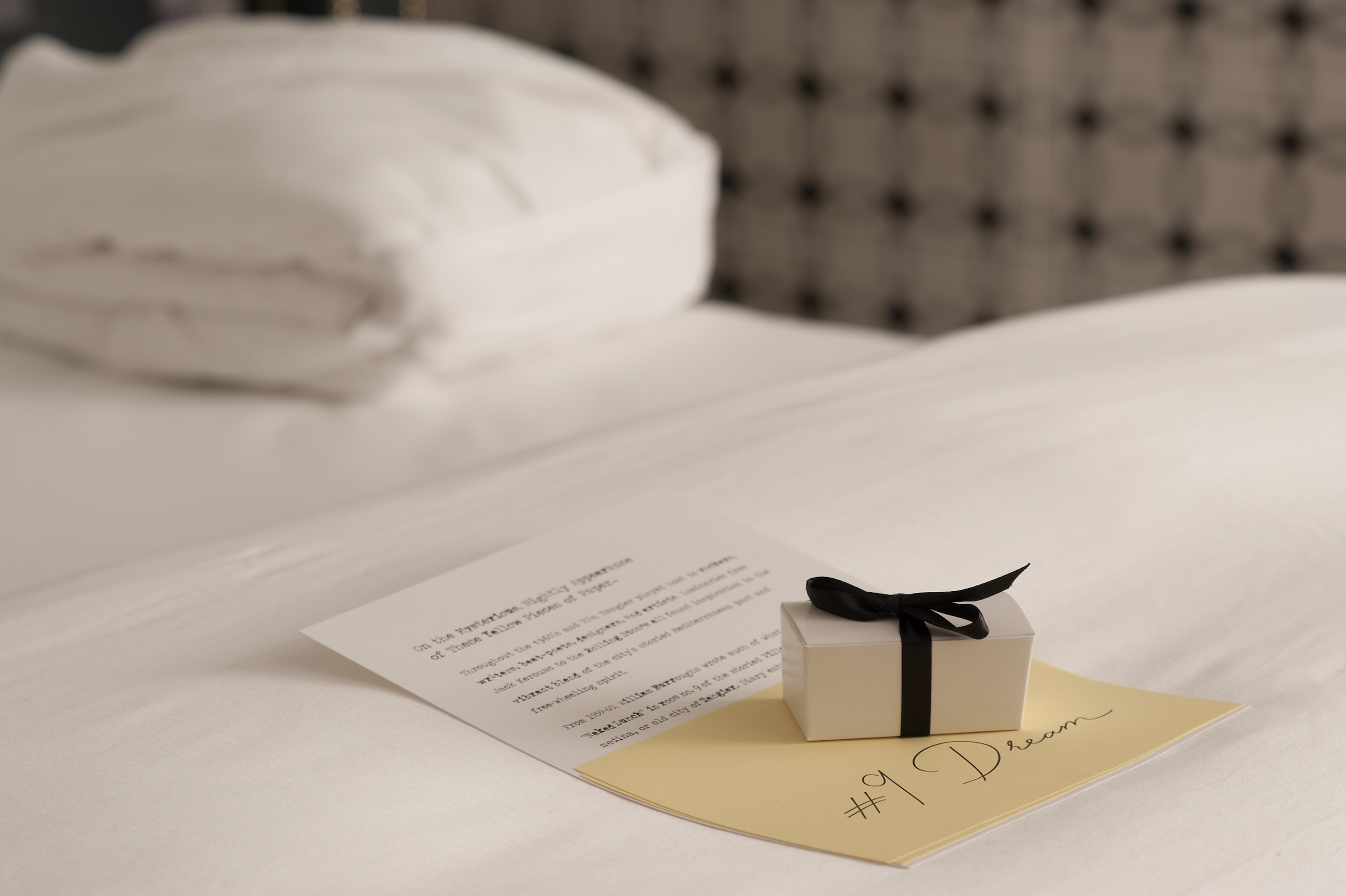 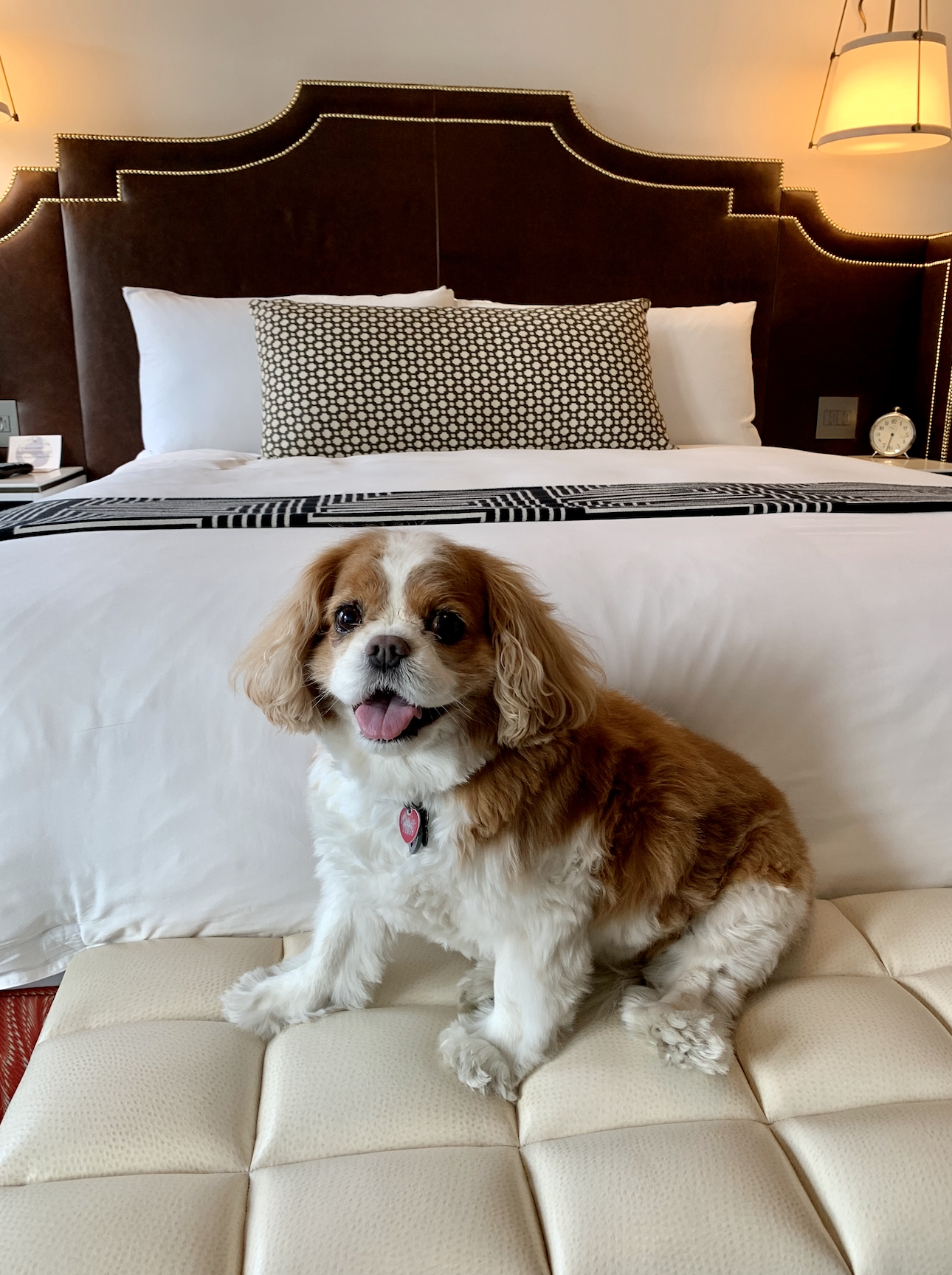 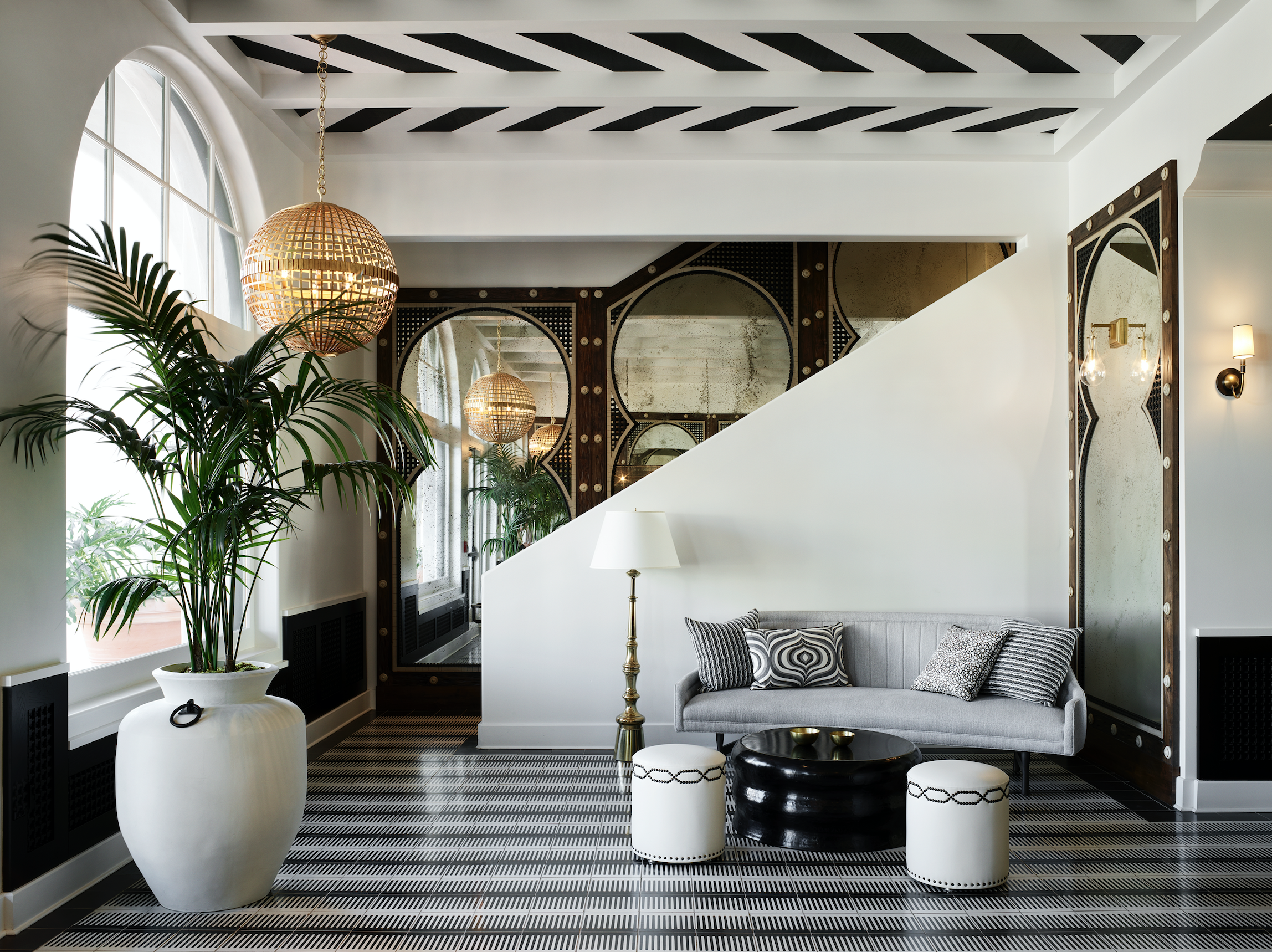 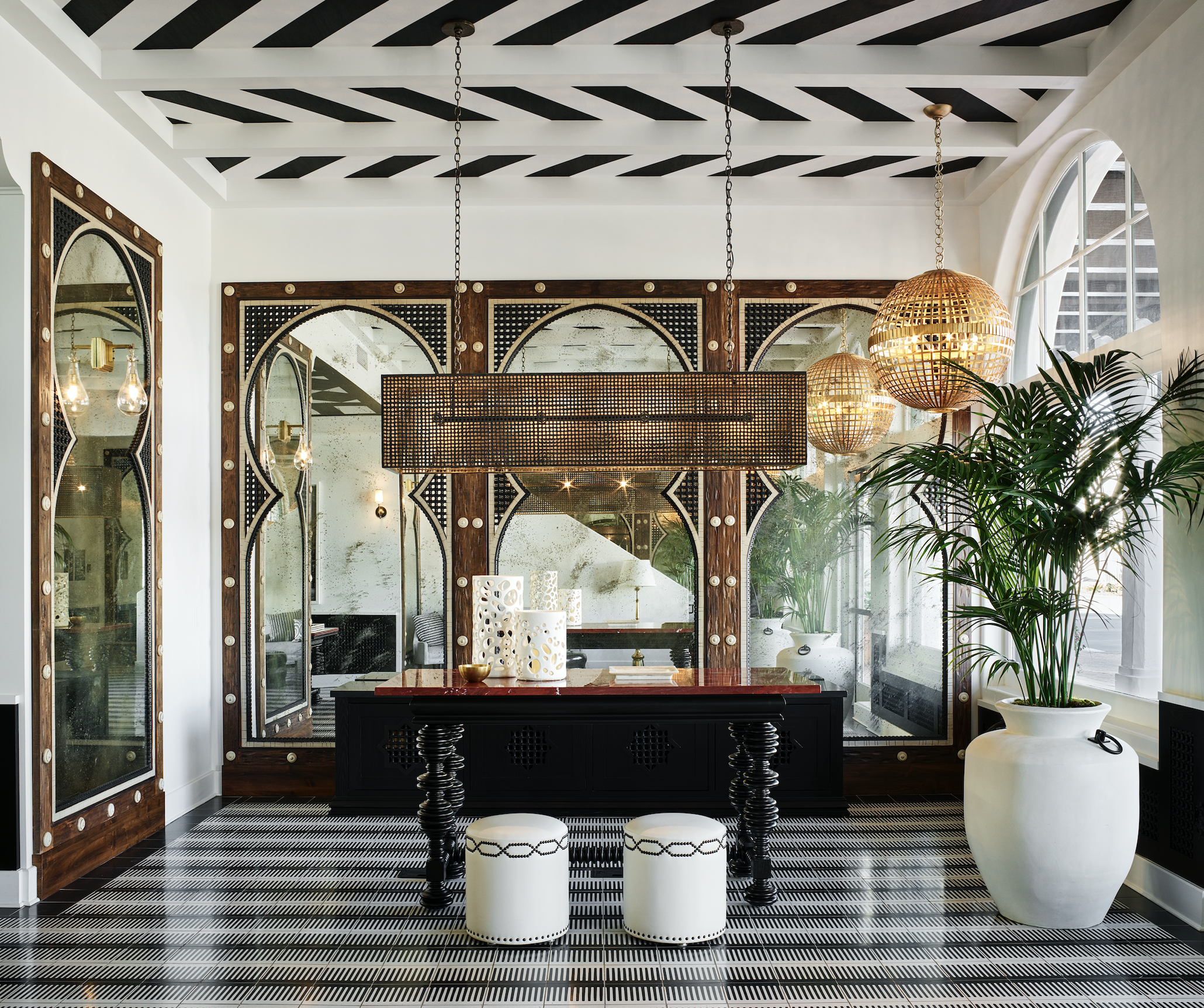 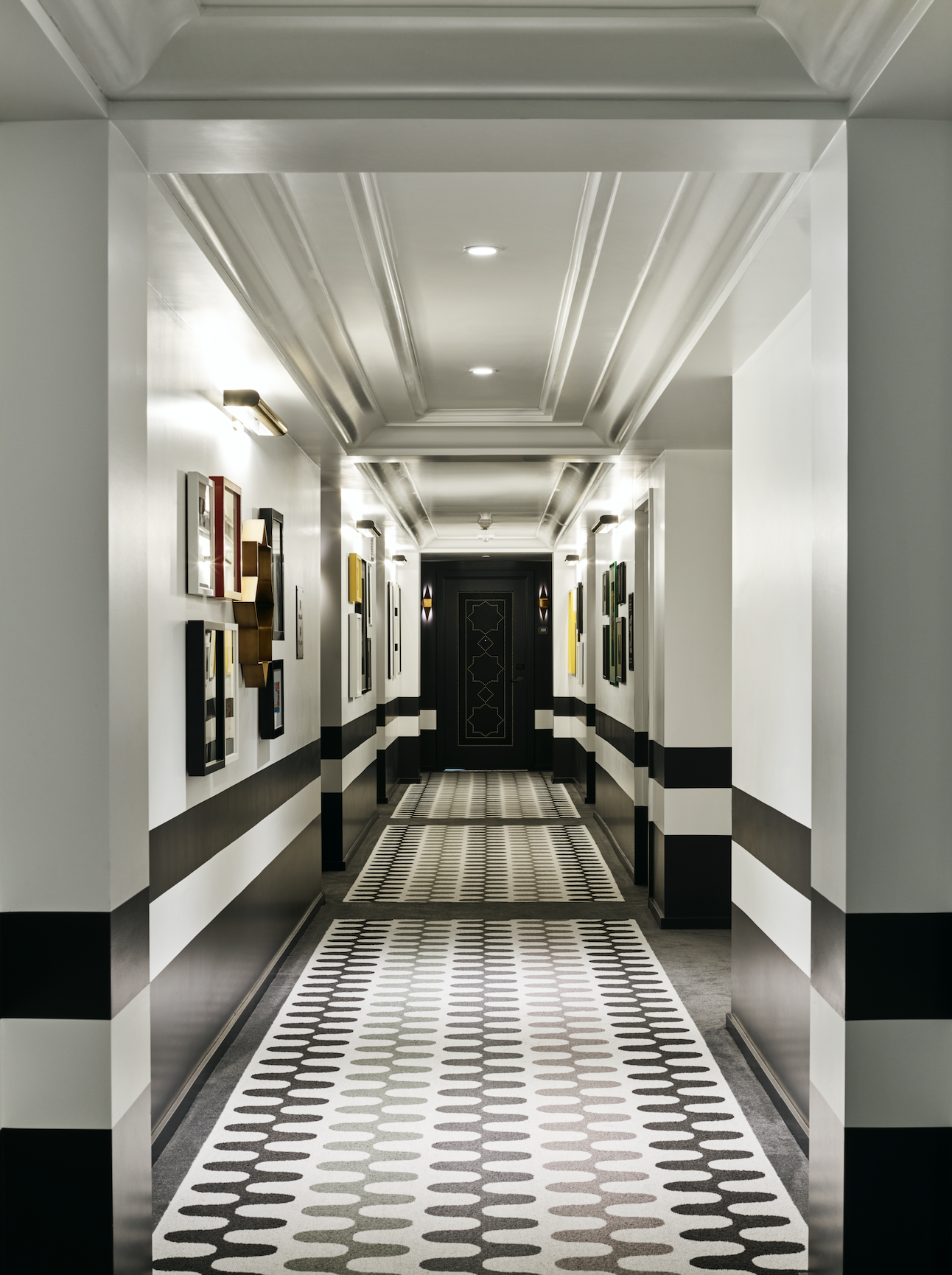 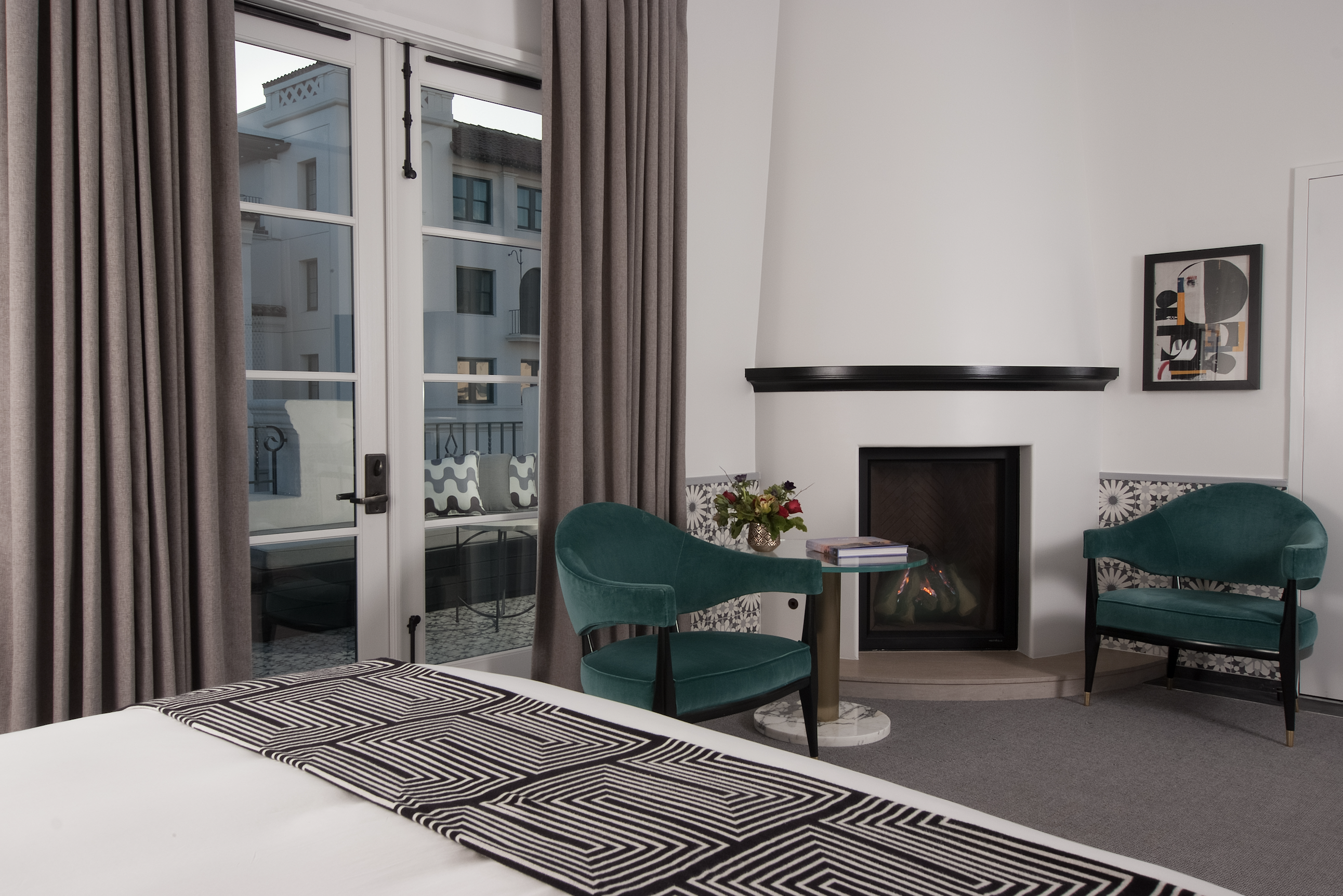 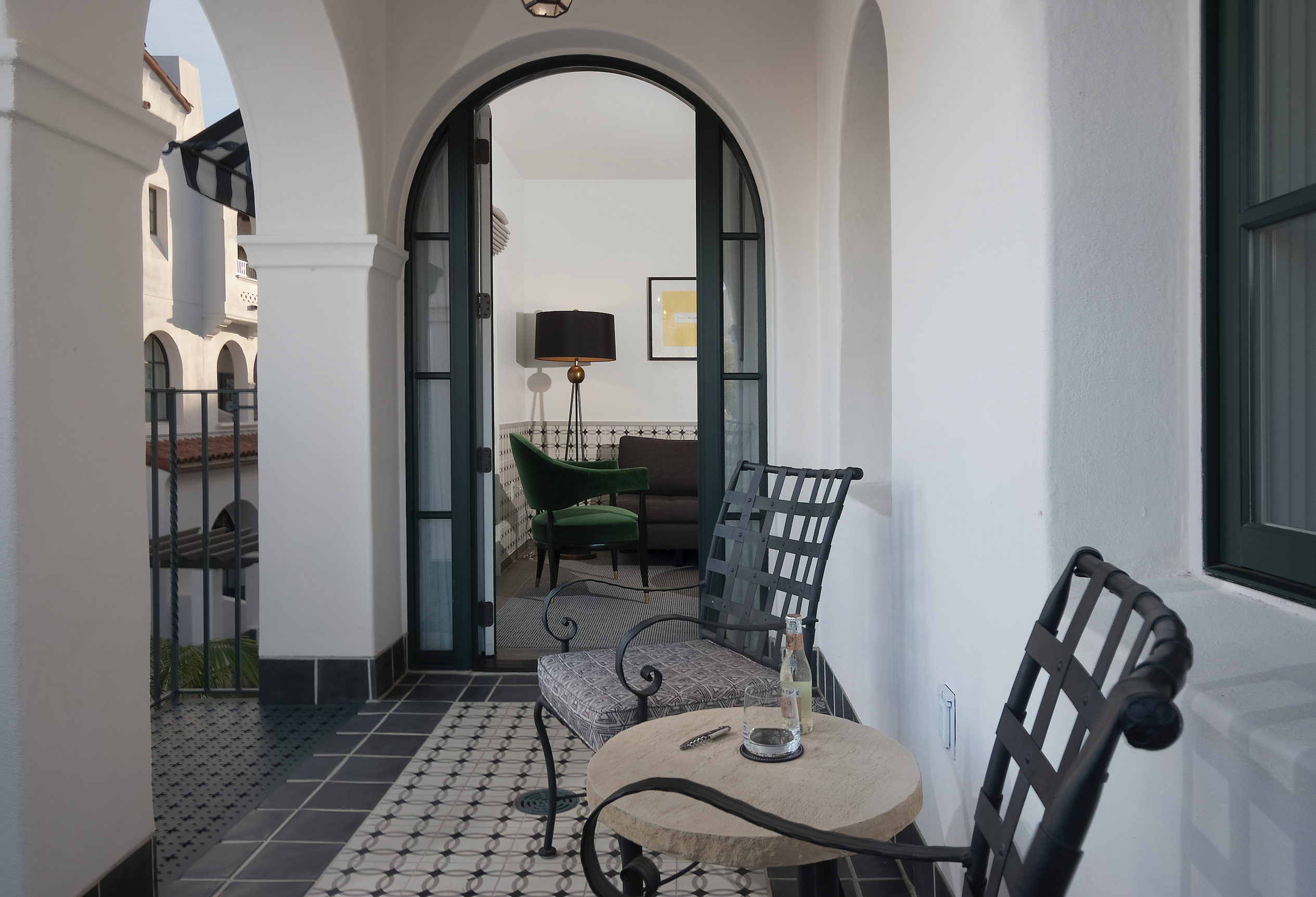 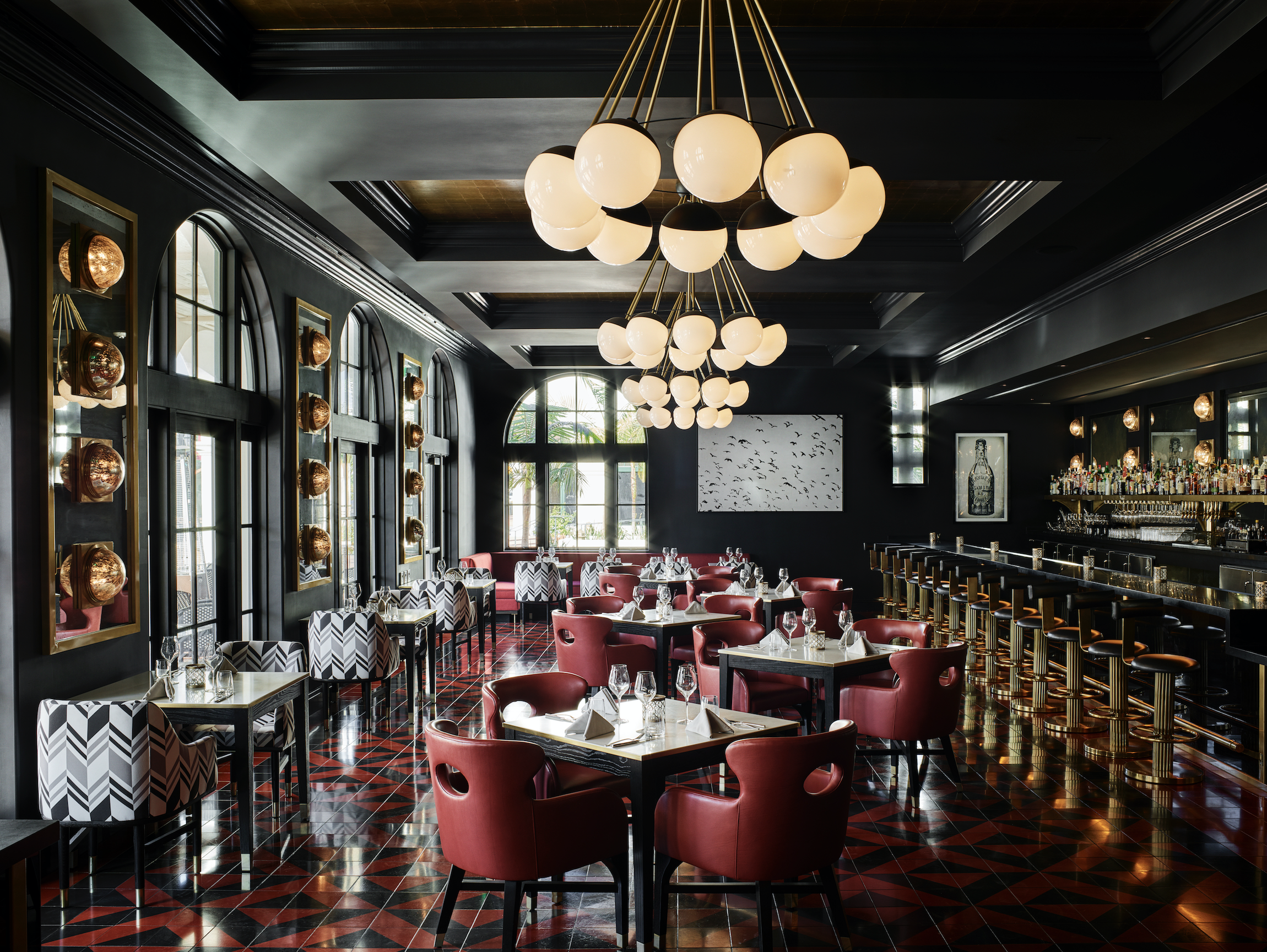 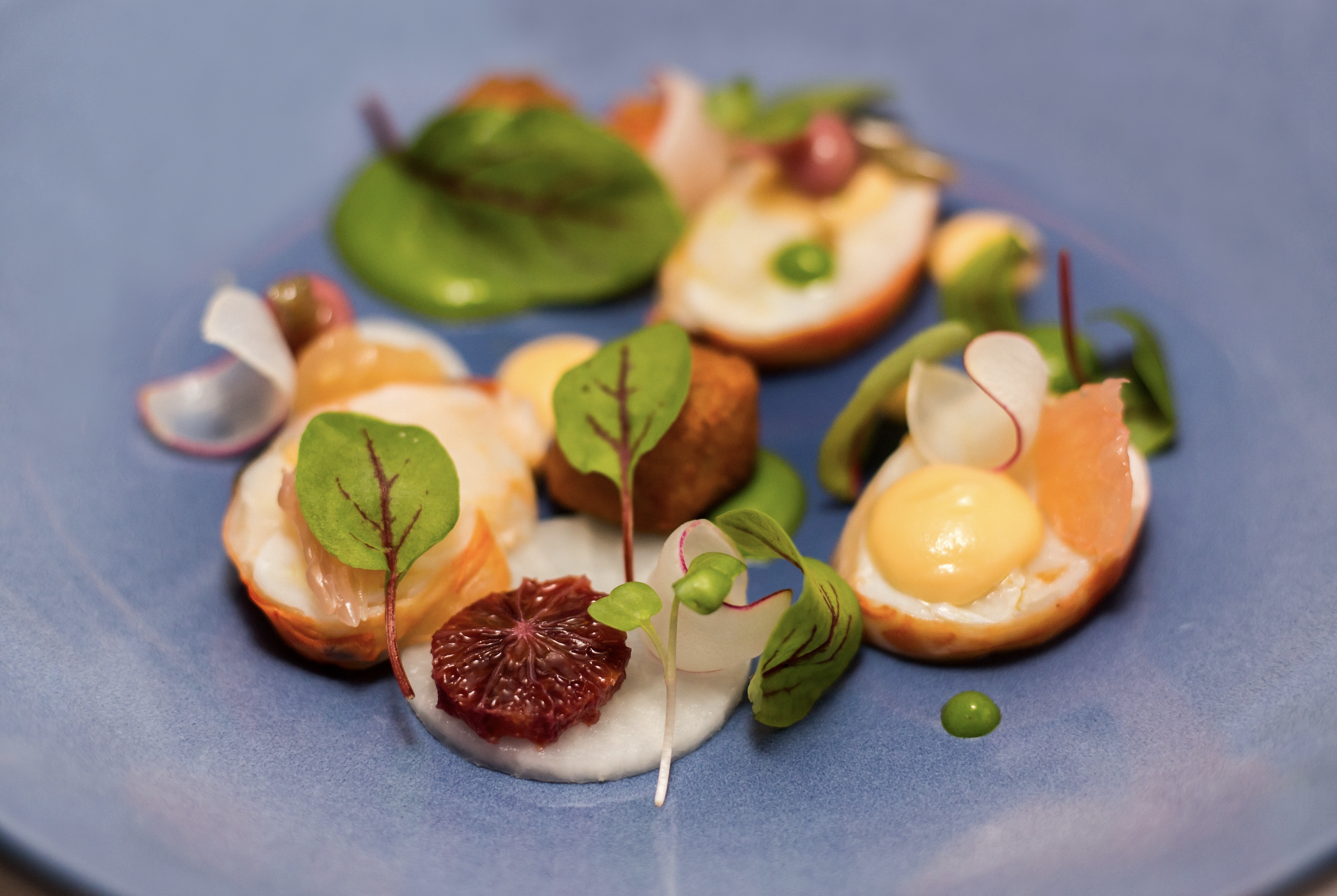 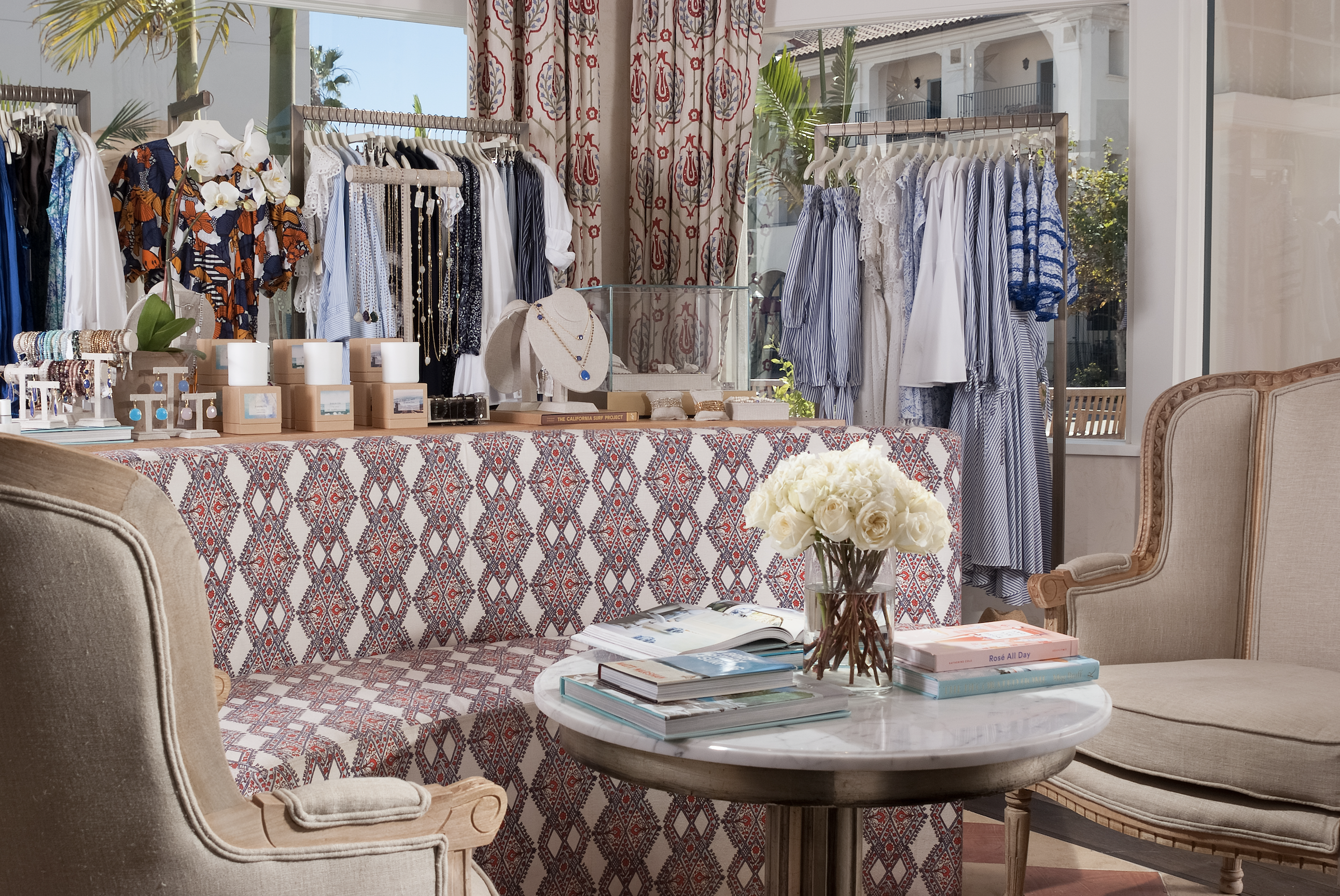 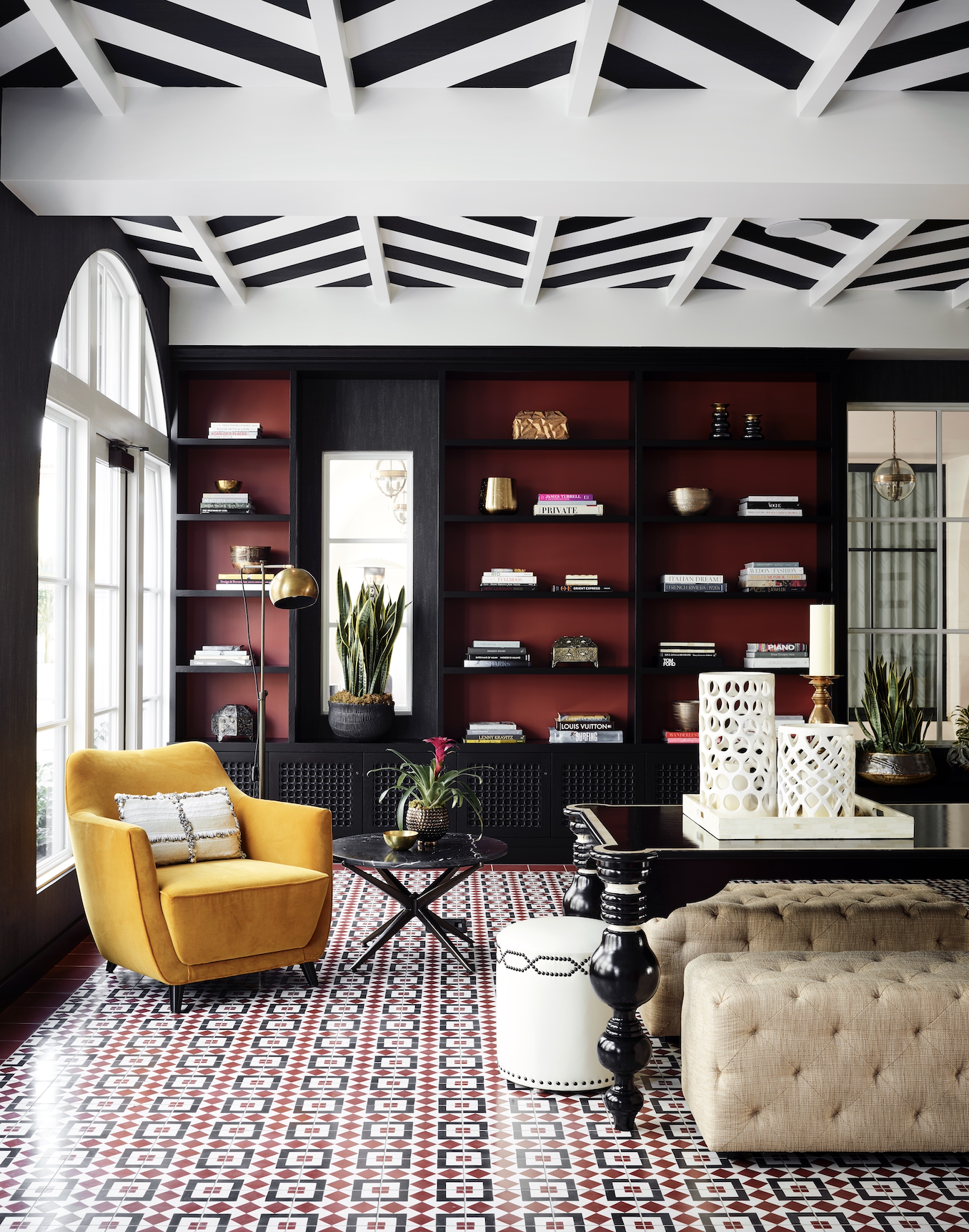 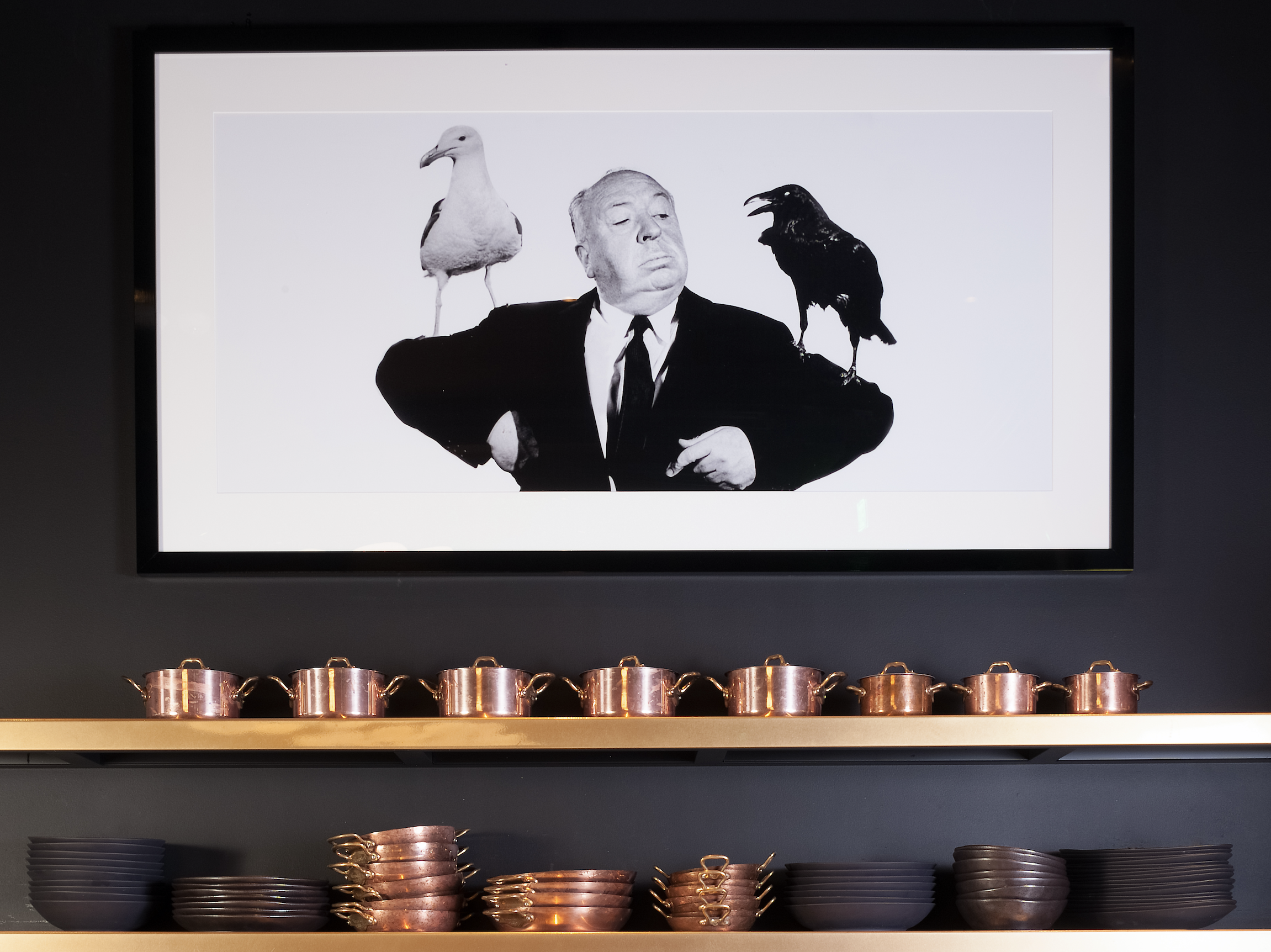 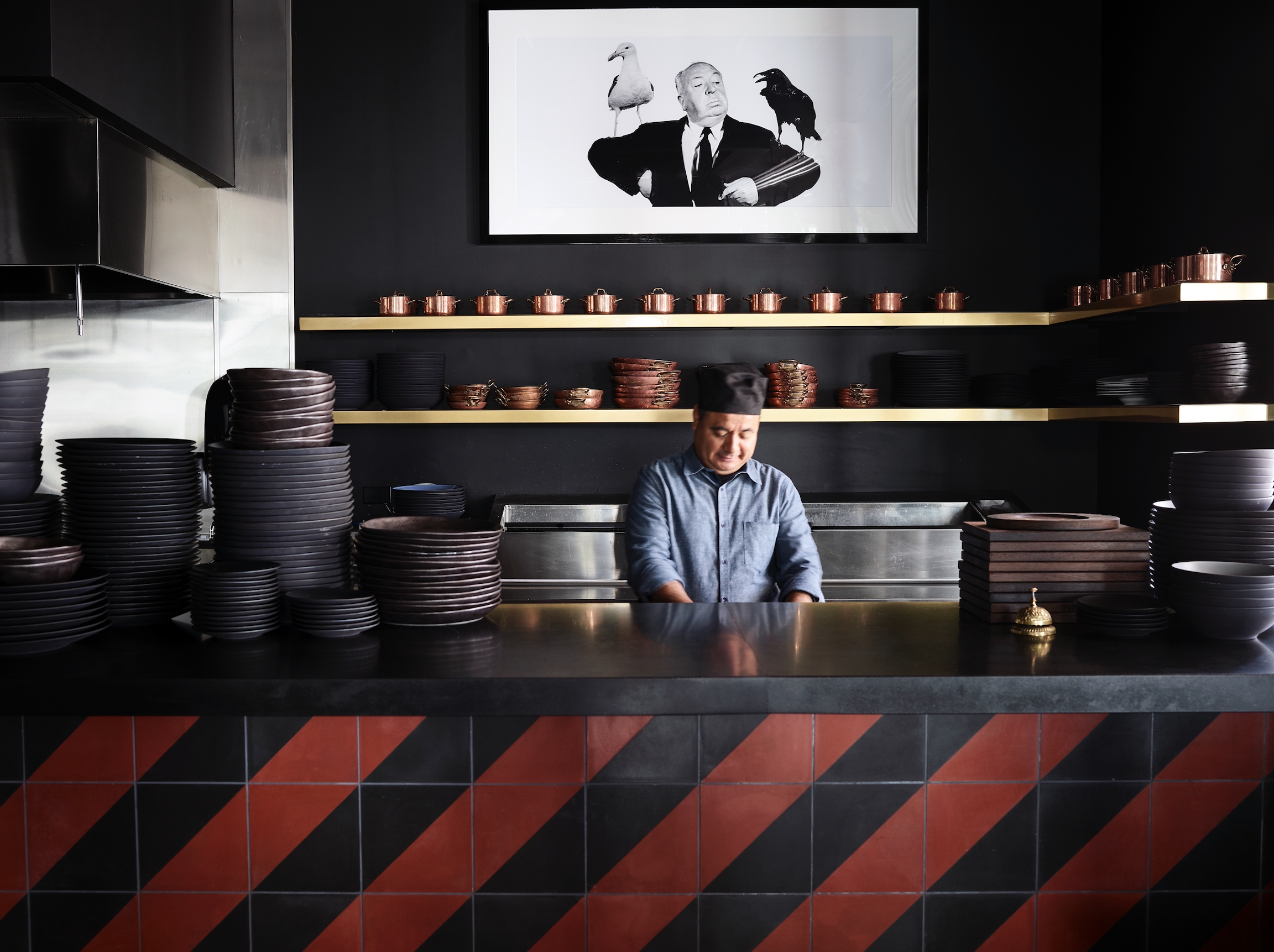 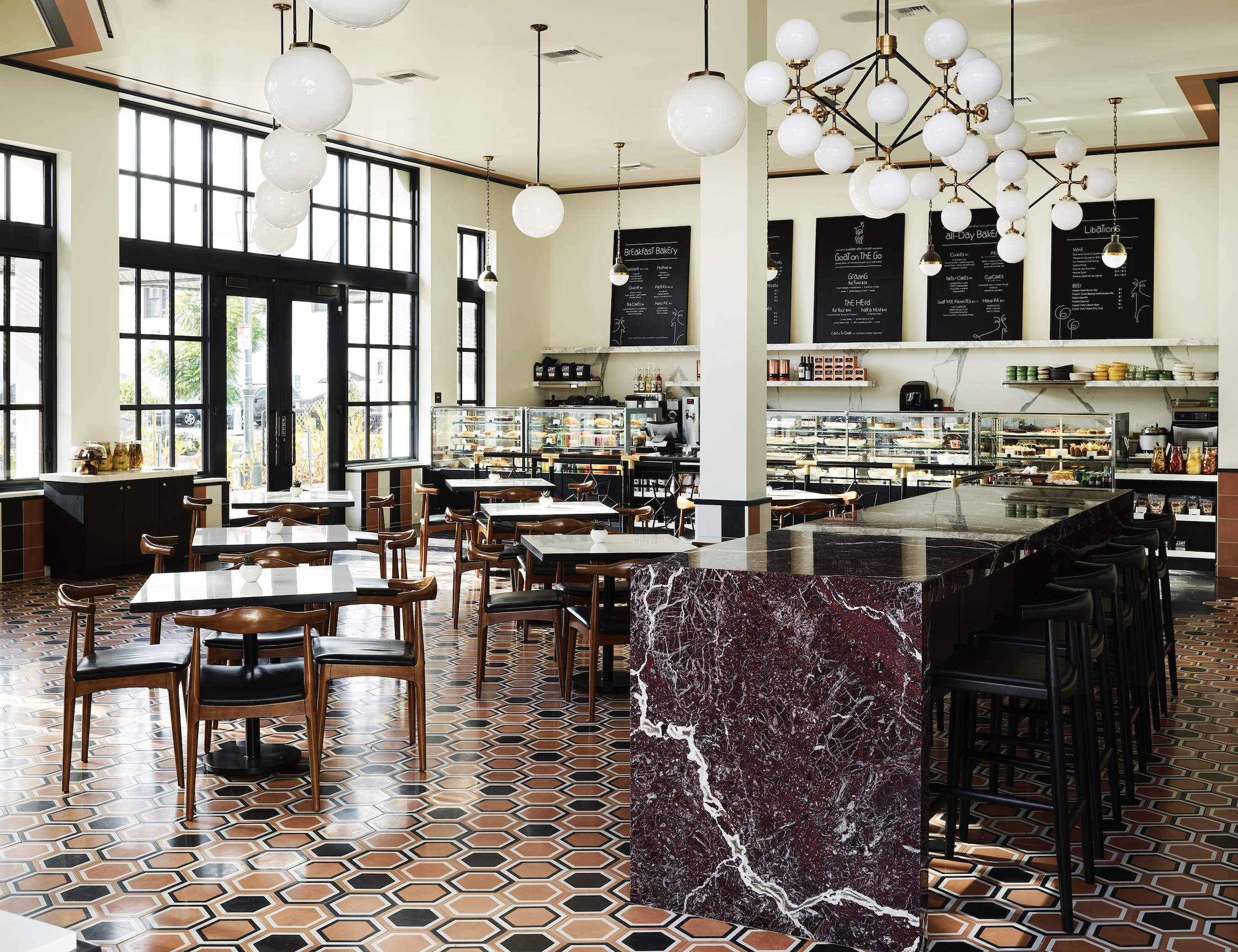 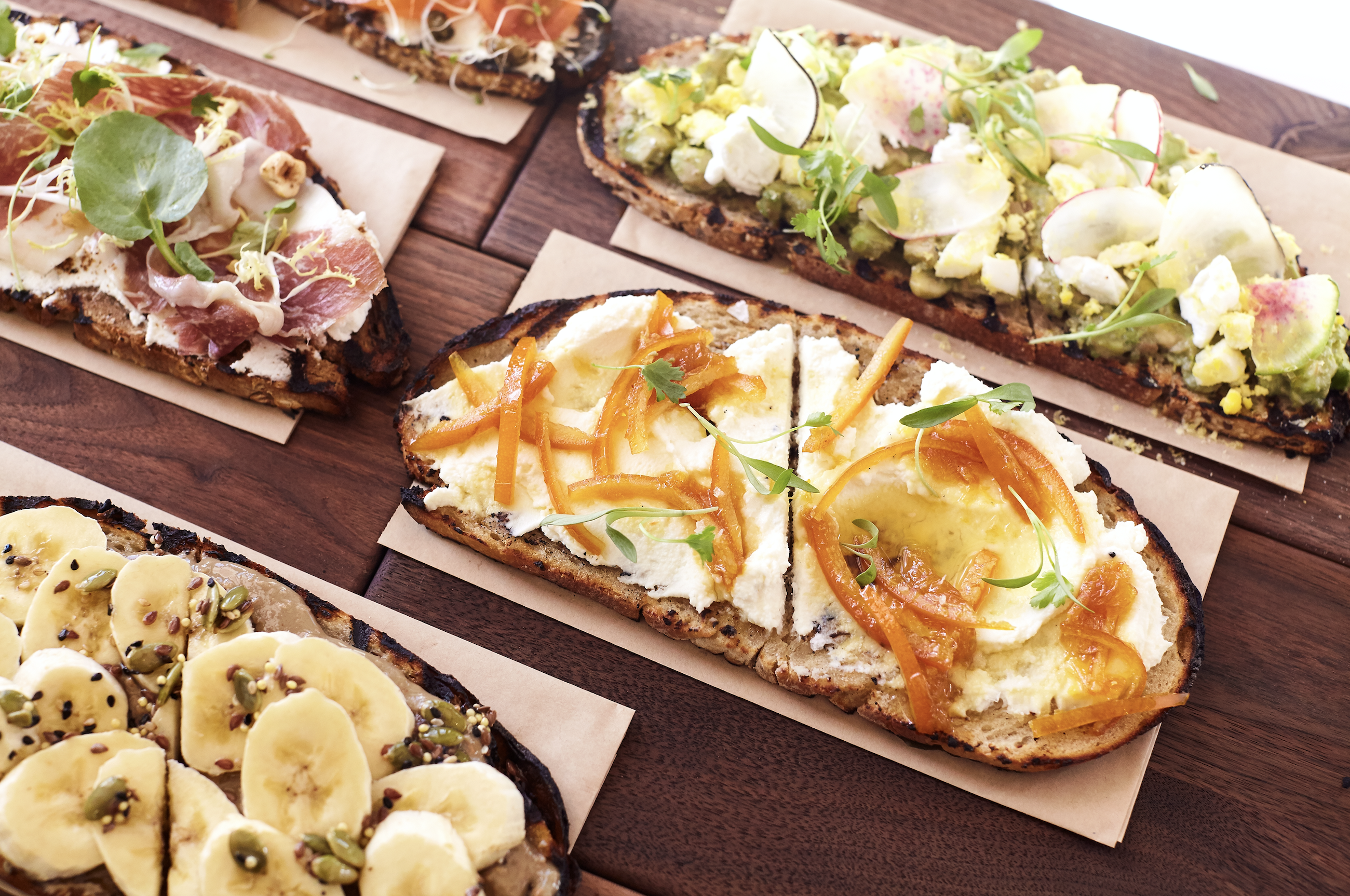 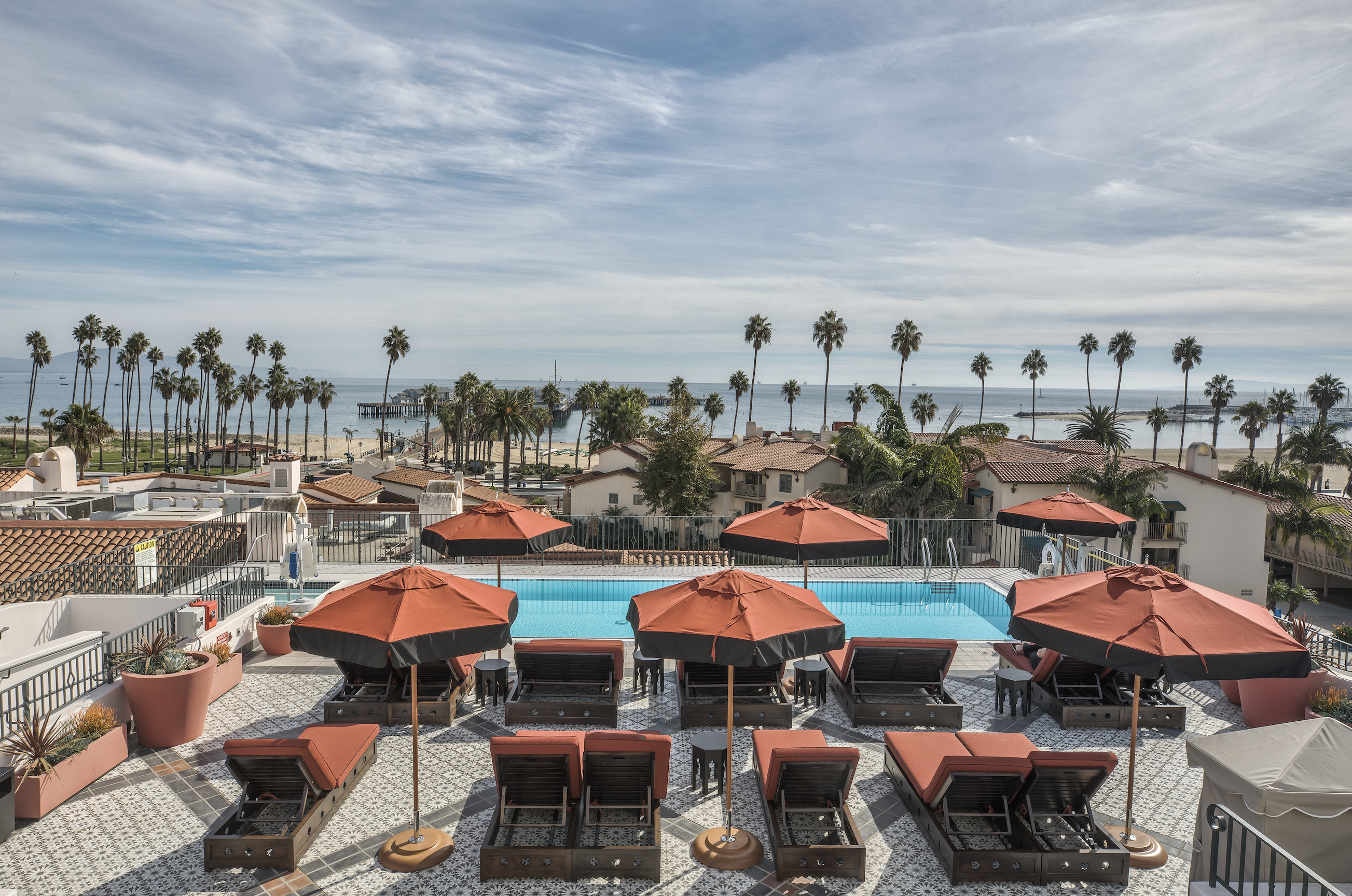 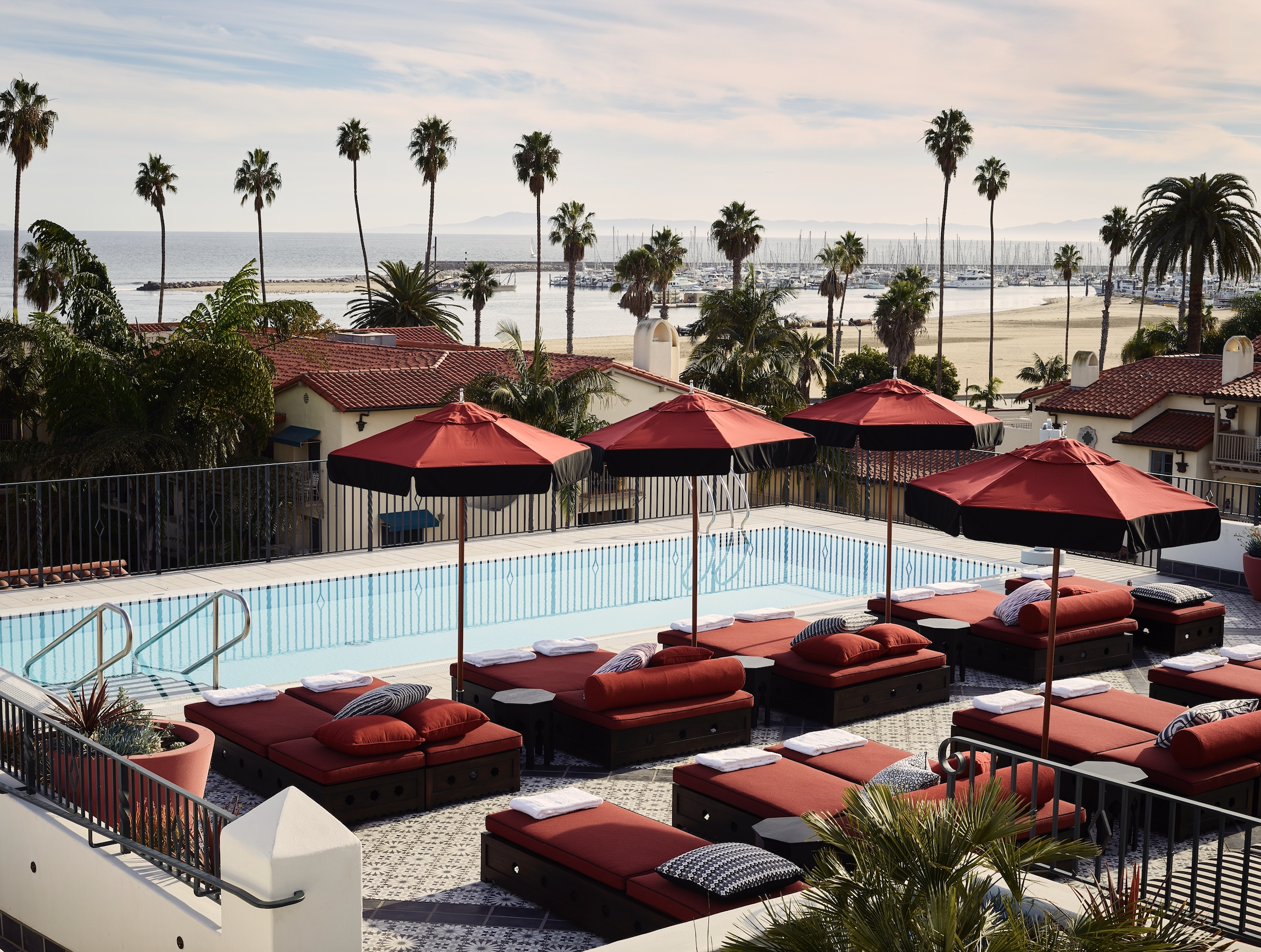 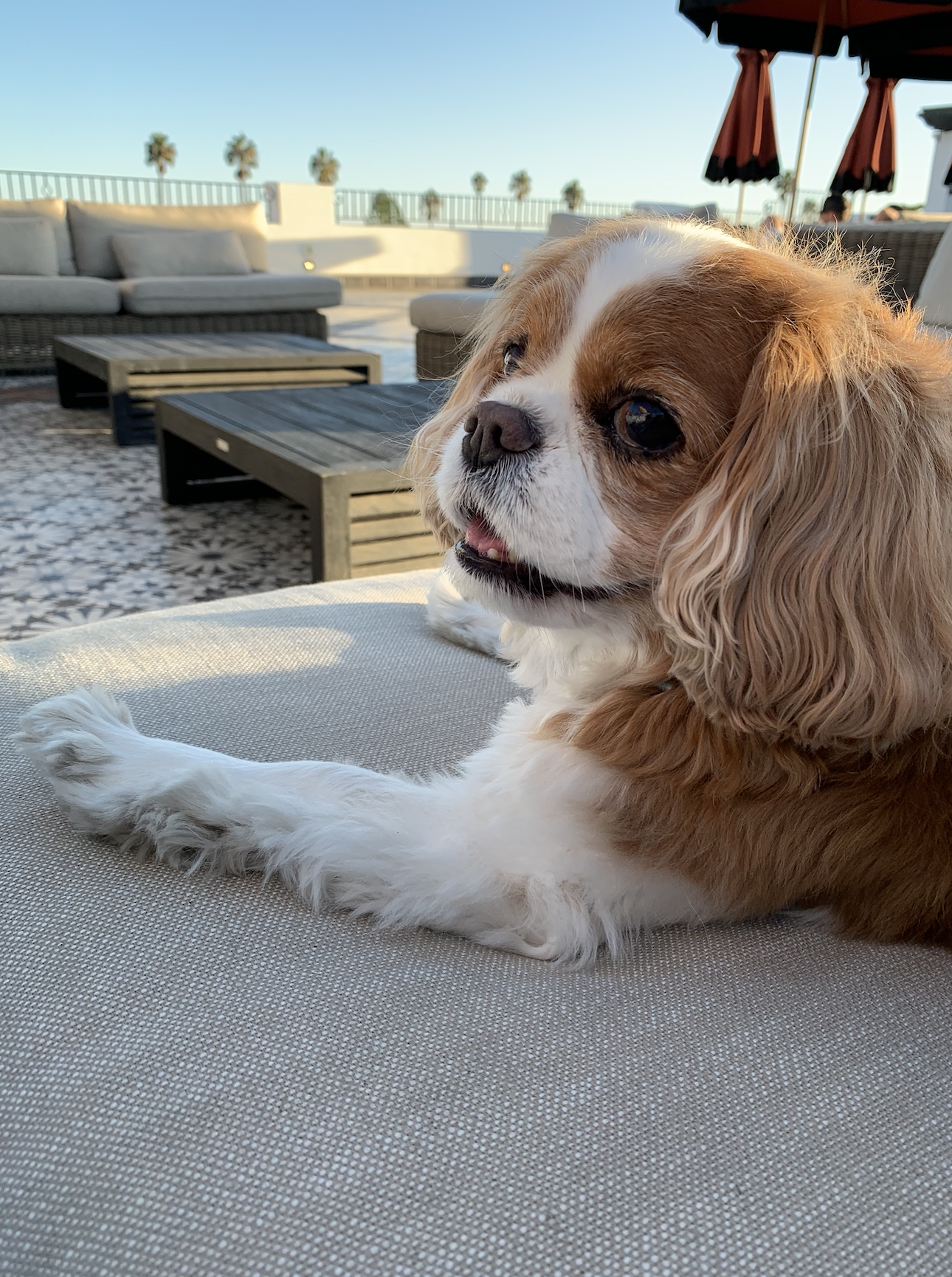 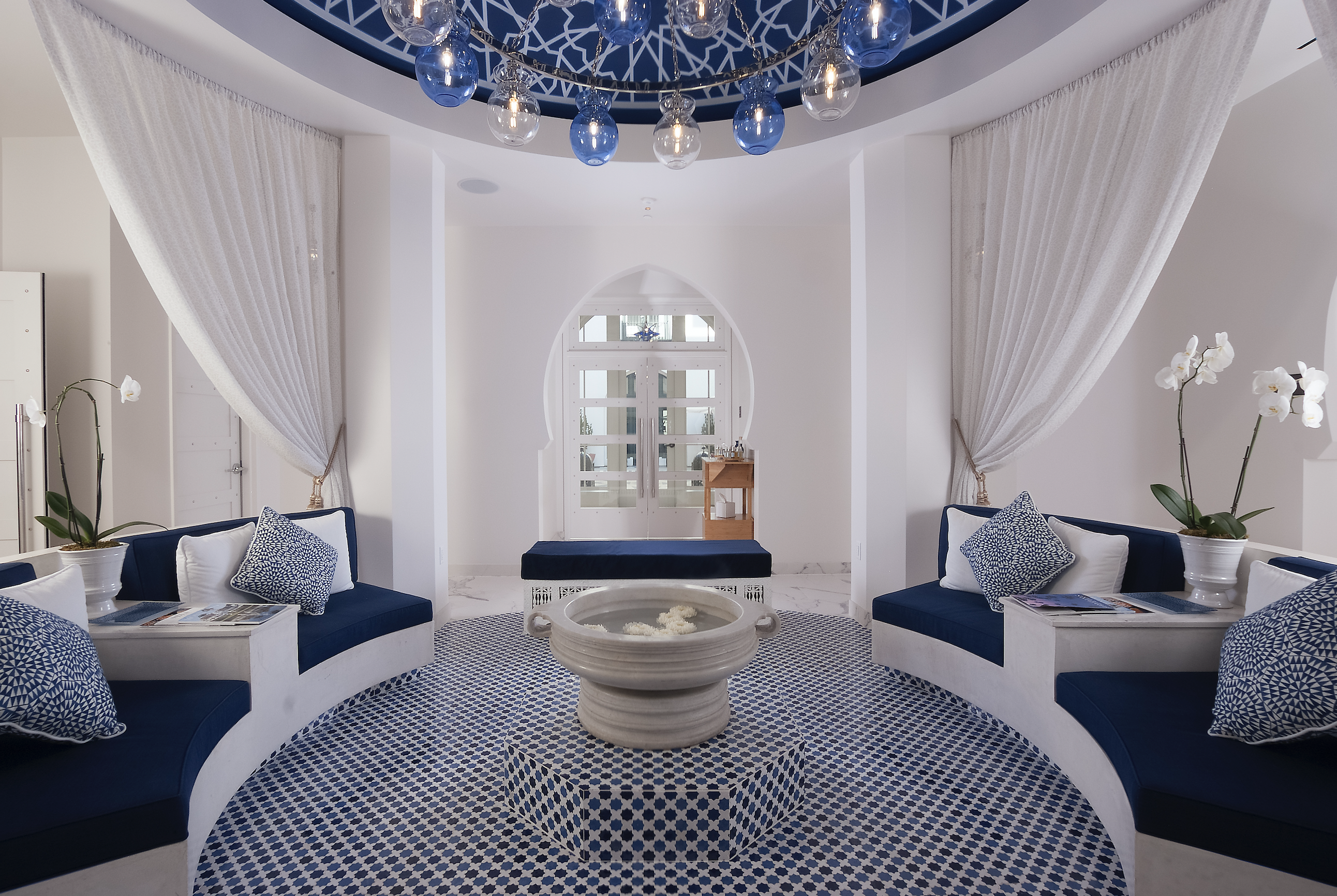 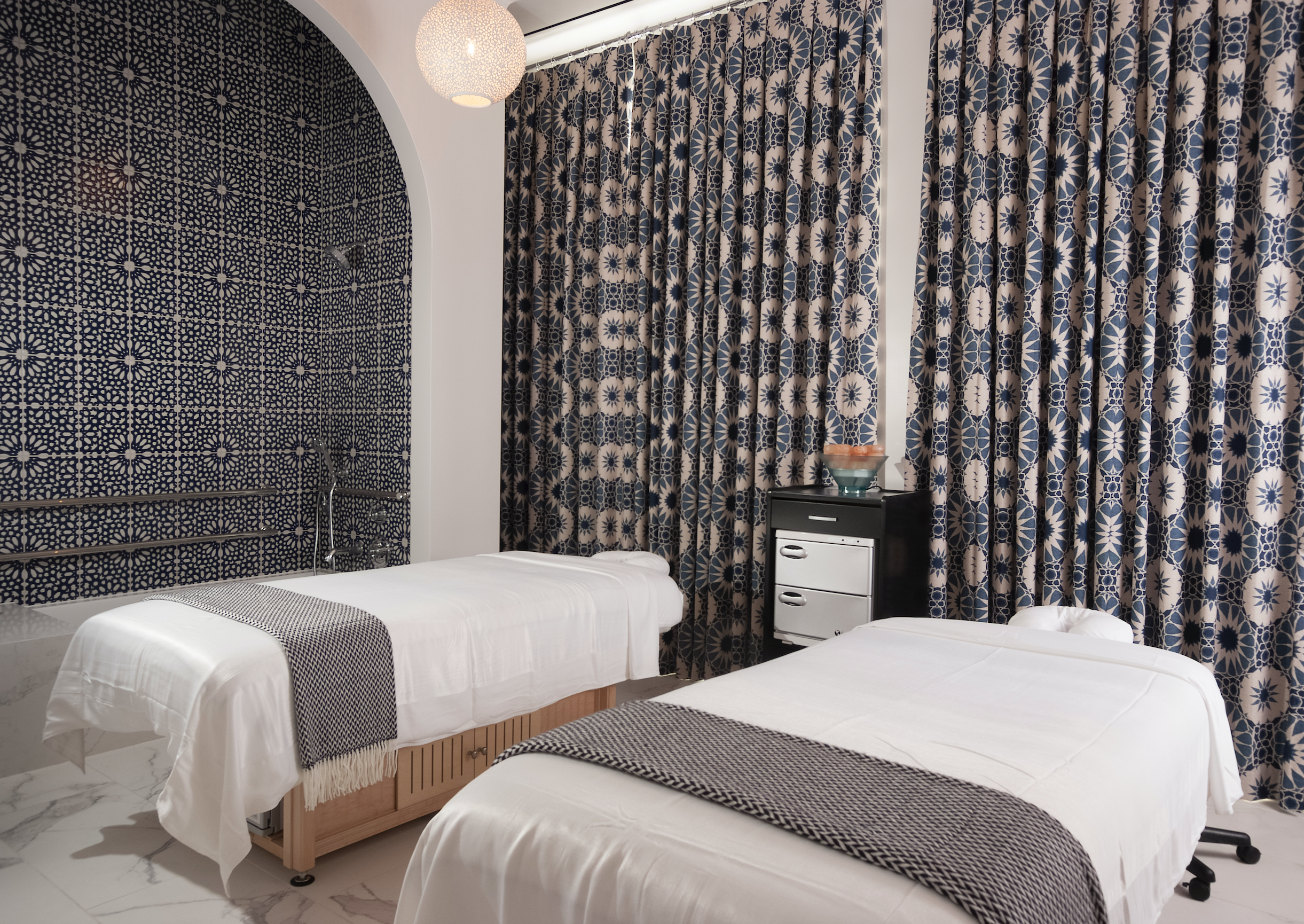 A mere two hours from Los Angeles and only 20 minutes from the Santa Barbara Airport, the Hotel Californian has a playful, contemporary attitude perfectly suited to its location in the Funk Zone—the five-block former warehouse district that’s morphed into the center of all that’s hip and happening in Santa Barbara. Bonus: The hotel and, in fact, the entire area is very pet-friendly. You can bring your canine bestie just about everywhere.

Originally built in the Spanish Revival architectural style in 1925, the hotel was forced to close a little more than a week after its grand opening, when a massive earthquake devastated much of the city. But Santa Barbara and Hotel Californian were thoughtfully reconstructed with an aura of affluence and creativity. The hotel flourished into the 1950s, until businesses on lower State Street began to decline in the aftermath of World War II. Fast-forward to 2017, when Hotel Californian reopened after nearly a decade of planning. Part of the prestigious Preferred Hotels & Resorts, it’s the dream project of visionary owner and developer Michael Rosenfeld, who aimed to recapture the town’s distinctive mindset.

Comprised of 121 guest rooms in three separate buildings, located on three corners at the intersection of State and Mason streets, the hotel feels like a small community. The Moorish-themed, delightful interior design by renowned L.A. designer Martyn Lawrence Bullard (whose clients include Rebecca Romijn and John Stamos, Christina Aguilera, Tommy Hilfiger, Kylie Jenner and Edward Norton) is remarkable. Blending Hollywood glamour and fearless exotica, it feels at once inspiring and homey. Bespoke furnishings and quirky details, such as concrete tile wainscoting (with more than 1 million tiles in 30 different designs), gilded snake sconces and custom in-room cocktail bars are just the beginning. Guest rooms are finished in four color schemes—yellow, terra-cotta, emerald green and eggplant—and feature patios, verandas and balconies. The hotel brings high style to State Street and attracts the Hollywood elite—creatives, as well as those who appreciate creativity.

On the Southwest corner, the Californian Building is a four-story structure that has been completely rebuilt behind the 1925 façade. It houses 62 guest rooms with balconies offering views of the Pacific Ocean and Santa Ynez mountains, interior courtyards and paseos. A highlight is the Tan-Tan rooftop deck, a two-level retreat with 360-degree views of the mountains and sparkling coastline, for the exclusive use of hotel guests. On the fourth floor, there is a pool, Jacuzzi and large observation deck with chaise lounges. On the fifth floor, comfy seating and sundeck lounging is a perfect spot to watch the sunset. Food and beverage service is available on both levels, and this is where the hotel holds many events throughout the year. The space is also available for private event bookings and can accommodate up to 180 guests.

The Californian Building also is home to the spectacular Spa Majorelle, a 2,500-square-foot Moroccan-inspired spa wonderland featuring a geometric blue-and-white tile lounge; four treatment rooms, including one couples suite; and men’s and women’s steam rooms. Open both to hotel and nonhotel guests, customization is at the heart of the offerings, which include Moroccan-inspired aromatherapy and signature experiences, such as salt massages, baths, and face and full-body treatments. In addition, a salon offers blowouts, up-dos, makeup applications and mani/pedis; and an 800-square-foot fitness center with state-of-the-art Technogym equipment surrounds a ground-level relaxation courtyard.

Last but definitely not least, the State Building is home to the 1,700-square-foot Alcazar Presidential Suite—with two bedrooms, two and one-half baths, two outdoor decks, a full bar, a hospitality kitchen and direct access to the hotel’s 3,700-square-foot rooftop event space. The State Building also features a street-level gourmet cafe and market, dubbed Goat Tree, offering delicious craft coffee, salads, sandwiches, paninis and personalized picnic baskets that are perfect for a day at the beach or on a trip to the Santa Barbara wine country. There’s also a 4,200-square-foot plaza lawn, where guests often gather, adjacent to a 3,000-square-foot ballroom. Special hotel and private events are held in this popular indoor/outdoor space.

Throughout the three buildings, guests can relax and socialize around multiple paseos, gardens, fountains and open plazas planted with bougainvillea. Hotel Californian hosts unique events throughout the year, such as the recent Howl event (Nov. 12, 2019) celebrating the Beaver Moon with craft cocktails, a personal tarot card reader and Val-Mar Records spinning vinyl. On Wine Down Wednesdays, guests can enjoy half-priced wine bottles at Goat Tree. First Fridays, which began in November, features live music and cocktails under the sun. Goat yoga and silent disco yoga are also part of the dynamic programming. Stay tuned to the hotel’s website for upcoming events, such as Mix & Mingle Mixology.

Of course, Hotel Californian is right in the middle of all the action in the Funk Zone, the city’s liveliest area that now boasts wine tasting rooms (Margerum Wine Company, Riverbench, Municipal Winemakers, Potek, Pali Wine Co., Santa Barbara Wine Collective, etc.), cocktail bars (the just-opened Pearl Social and Test Pilot), amazing restaurants (at the hotel and, nearby, Loquita, Oku Asian, The Lark, Brophy Brothers on the harbor, Shalhoobs BBQ), shop-worthy boutiques (Merchant for custom jewelry, clothing, books, candles and gifts) and cultural must-sees (the new MOXI—Wolf Museum of Exploration and Innovation and, seasonally, Art Walk on Sundays). The central location of the hotel assures that guest experiences go far beyond the boundaries of the property. Plus, there’s easy access to the train station; a waterfront brimming with sailboats, kayaks and surfers; the beach only steps away; and close proximity to the Urban Wine Trail, State Street shopping and Stearns Wharf.

The hotel will be rolling out exciting package offerings for 2020, including Red Carpet on the American Riviera and the opulent Take the Train Package. No matter if you come for a weekend or a week to this year-round playground, you’ll leave not only relaxed, but inspired by the place, the people and the overall experience. 36 State St., Santa Barbara, 805.882.0100, hotelcalifornian.com