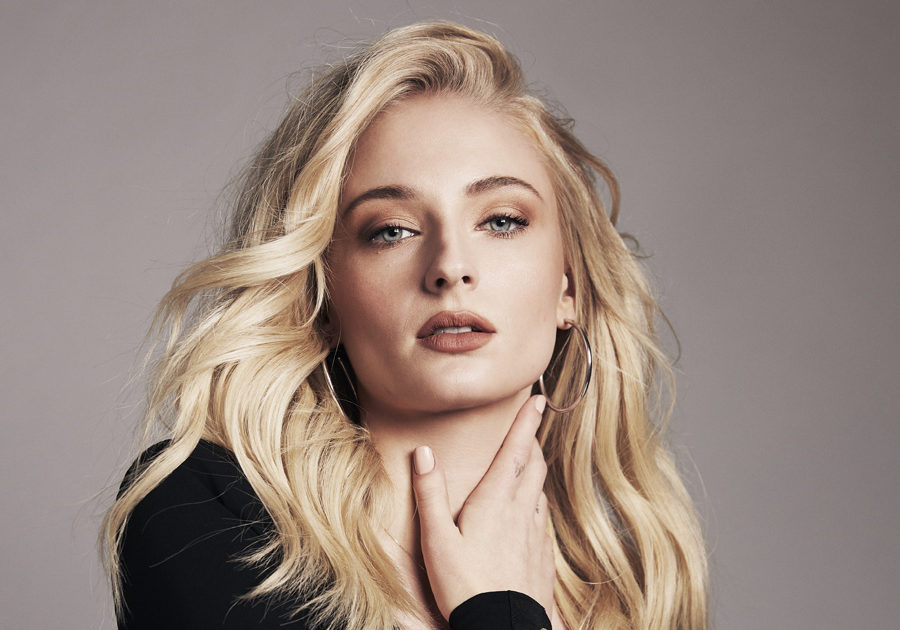 Best known as Sansa Stark on HBO’s phenomenal hit Game of Thrones, Sophie Turner first joined the cast of X-Men in 2016’s X-Men: Apocalypse, as Jean Grey, a class five mutant with telepathic and telekinetic abilities. In Dark Phoenix, her character’s superpowers go into overdrive and threaten to destroy our planet, even as she wrestles with her own inner demons.

Did you have any inkling that your character’s evolution would be so extreme?

No, not really. When I went into Apocalypse, I just thought it was going to be an ensemble piece the whole way through. Once we started wrapping up that film, I heard whispers from the hair and makeup people, who’d heard the next one’s about Jean. But I didn’t really know until about six months before we started shooting and Simon sat me down and discussed what this was going to be. From that meeting, up until we started shooting, we were just working, working, working on it. It was very exciting.

What kind of research did you do for the role?

There wasn’t any Dark Phoenix research, it was more on Jean’s psychology. We based a lot of her emotions on mental illness and addiction, and specifically schizophrenia and dissociative identity disorder, so we did a lot of research on that. I became fascinated by mental health. What really grounds this movie is that it’s character-driven and emotional, and not always fantastical like the other superhero movies.

You have an incredibly dramatic role. Were you nervous about it?

Yeah, I was quite nervous. I mean, in Apocalypse I didn’t really have a crazy amount to work with. I had a little bit of the character. But I read the script and it was a delicious five-course meal for an actor. I thought, “Oh my God, this is incredible.” It just meant a lot of preparation and hard work, but Simon was the perfect partner in crime. He was the most collaborative, supportive director ever. And it was his first time directing, so we were both cheering each other on from the sidelines. He completely belongs in the directing world. Obviously, his writing and producing past really helped him know how to work around actors and how to work around the crew. He’s a genuinely interested, passionate, enthusiastic director. And a very smart one. I said, “Simon, you have to direct for the rest of your life. You’re incredible.”

It started out to be quite draining, but when I started to approach the character a little differently, I realized that the dark side of Jean is a release for her. She almost goes into a meditative state. It just feels so good. And that switched it around, where the dark side was the calmest part of all of it for me, because it needed to come out of Jean. The hardest part was just playing Jean herself and not Phoenix.

Was it fun to inhabit her kick-ass, dangerous side?

It was very fun. But I guess I’m just attracted to kick-ass female characters. It’s nice to play empowering women. That’s all I currently look for in scripts—strong, powerful women. But I think that’s what every female actress is looking for in scripts right now.

This might be the first superhero film—and maybe the first film of any kind, ever—in which both the antagonist and protagonist are women. Your thoughts?

All the female characters in this movie are the strongest characters. We have a female protagonist, a female antagonist … [and] the female protagonist is also somewhat of an antagonist. And it’s all about Jean’s relationship with the females throughout this movie, which is really very interesting. None of the women are subservient to a man, which is incredible. It’s crazy to think that this is the first X-Men movie led by women. That’s really exciting to me and especially to Jessica. And it comes at exactly the right time as well.

How do you feel about the costumes, especially those ’90s yellow outfits? Did you all walk out and start laughing at each other?

Kind of! It was also cool, though, because those are the iconic comic book costumes. It was fun to see all of us together in those. Often the comic books are so far from what the movies are.

It can be quite embarrassing. There are moments I feel like such an idiot doing it. I mean, a lot of the time I was holding a tennis ball. For minutes! But it’s also quite challenging and fun, because you really need to push your imagination with it. There’s a bit that you see in the trailer where there’s a helicopter and I’m turning it. And that wasn’t green screen. I got to do that, and the helicopter really crashed down on the ground. And that was like the coolest thing! That was when I really felt like a superhero. But the rest of the time I just feel like an idiot.

I was a huge fan of hers before we met, so I was terrified to meet her. I kept hiding when Simon would say, “Come meet Jessica.” She’s been so influential to me. I still can’t believe I got to have one-on-one scenes with Jessica Chastain! That is the coolest thing as an actress—to have someone like that doing one-on-one scenes. Female empowerment. It was amazing. We had a really good time… little pranksters on set. Jessica’s a lot of fun.

How was it getting back together with the gang?

It’s a really fun cast. We’re all such good friends and we spend every evening together. It’s just such a family, down to the producers, the director… Everyone is just so in love with each other.

The temperature is rising on ABC’s Station 19 , now that boris kodjoe has arrived on the scene.