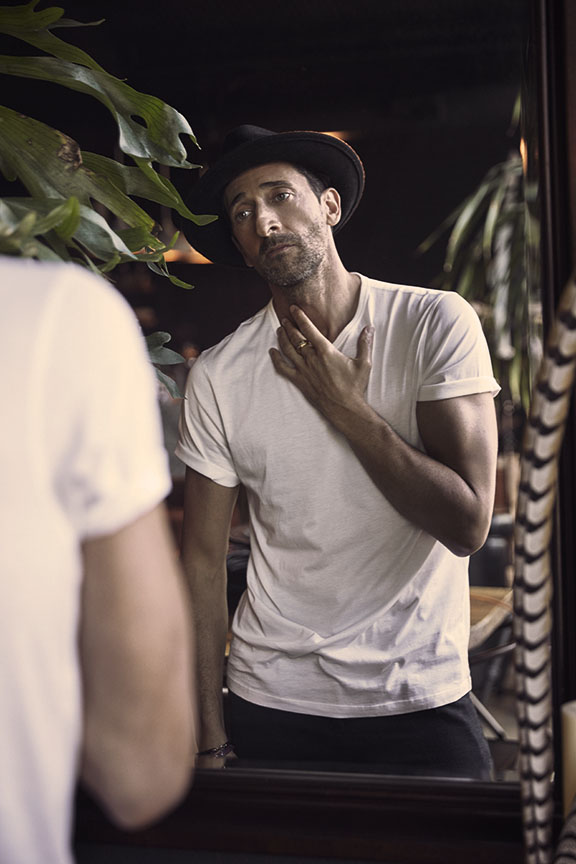 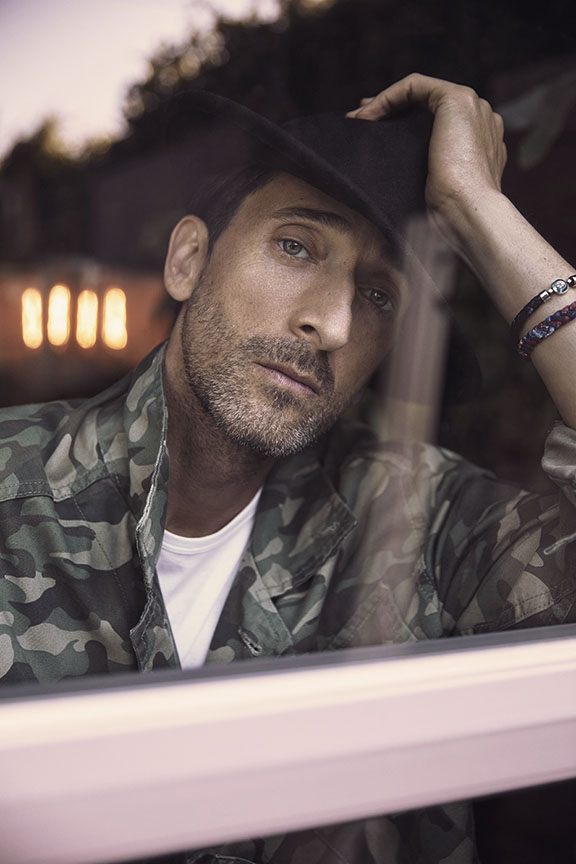 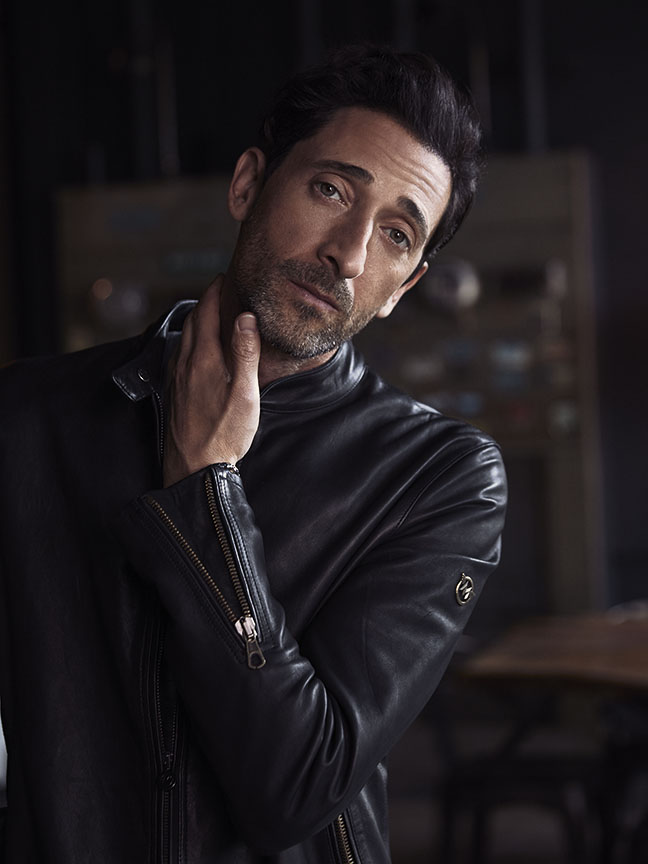 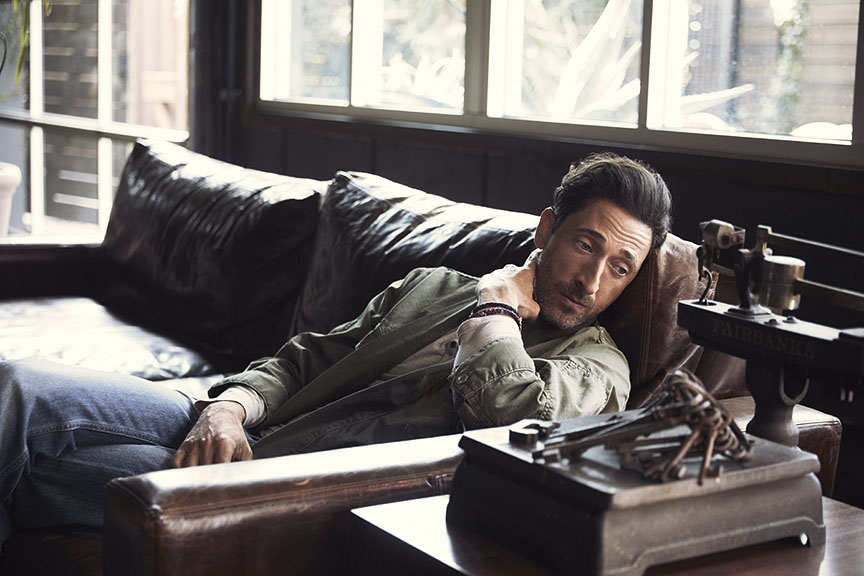 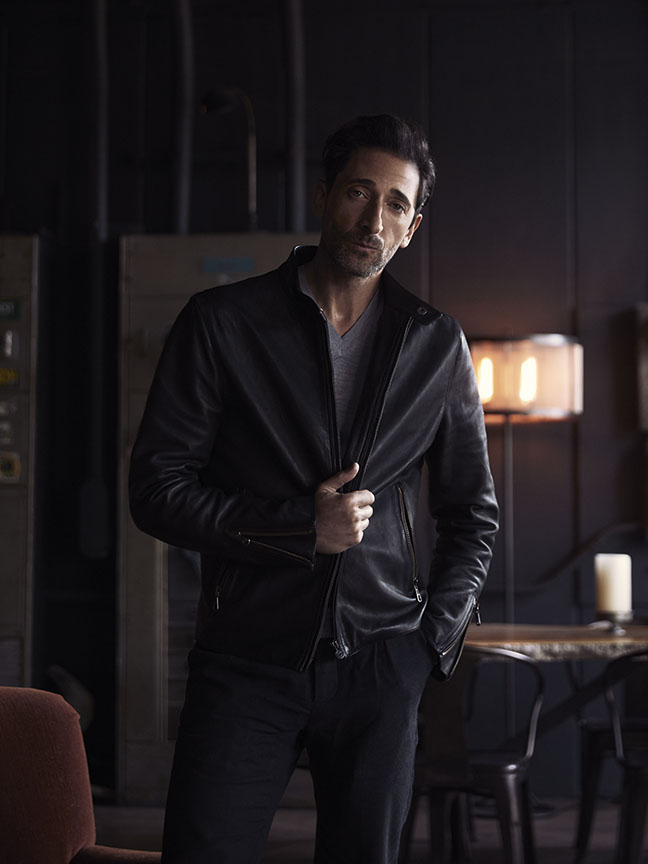 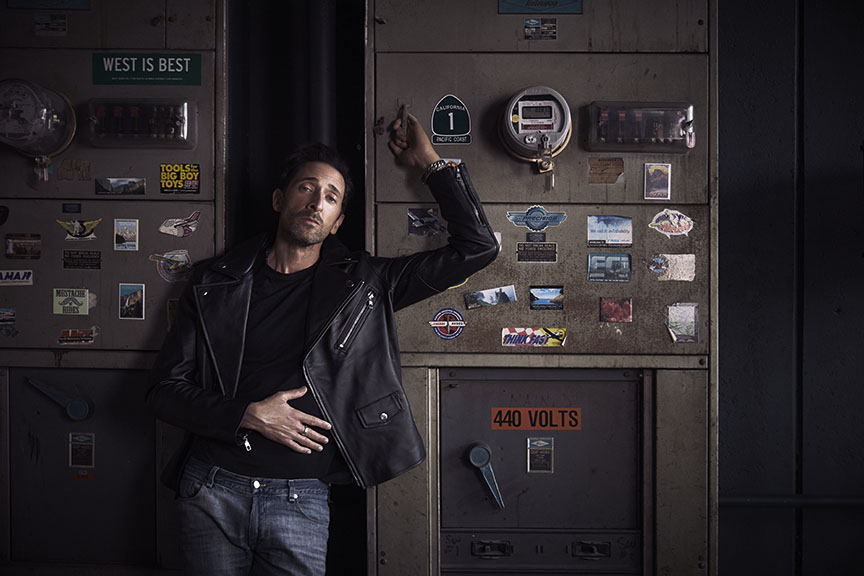 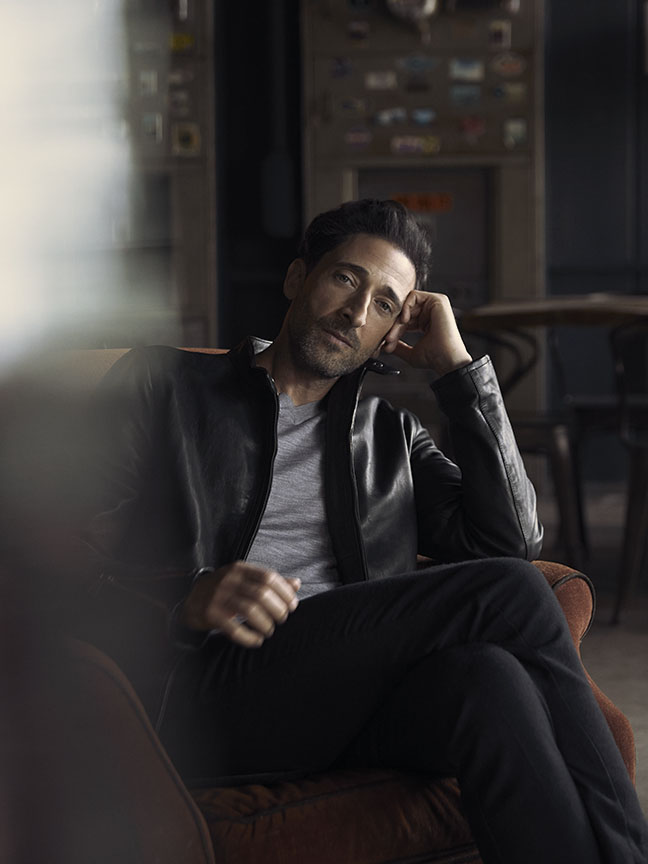 Grooming by} Rachel Burney for The Wall Group

Q: Take me back to playing, Władysław Szpilman,in The Pianist.  Could you have ever imagined such an incredible career at that point?

A: Taking on the responsibility of playing Wladisaw Szpilman, was such a tremendous task. I poured every ounce of my being to the project and, in turn, gained an enduring sense gratitude and appreciation — and also a great deal of love and respect from the world. That shift and feeling of connection to so many human beings was so profound that it triumphs the concept of it merely being about an acting career. It has been truly life changing in so many ways and continues to awe and humble me.

Q: You have played so many different roles in your career. Which roles have stood out for you as the most challenging to play and why?

A: Obviously, portraying Szpilman in The Pianist took the greatest responsibility and discipline of the many roles I’ve played. I felt a great burden to represent that horrible time. It was essential to approach the work with truth and to respect and honor the tremendous loss and suffering of the Jewish people, and for all of humanity. I have had many other challenging roles. A few that come to mind are:  A conflicted outsider named Ritchie, in Spike Lee’s Summer of Sam. Royce, in Predators, which also required an intense physical transformation. There was quite a bit if pressure to honor the awesome stage presence and technical mastery, and fearlessness of Harry Houdini. Recently I had to embrace a haunted madness to portray Charles Boone, in Chapelwaite, and the pressure is on now as I step into the shoes of the Iconic Pat Riley, in the HBO project I’m working on now about the Los Angeles Lakers.

Q: In addition to acting, you’re also an artist. How does creating art help you in your life? Does it create balance? Are you planning any new exhibitions of your work?

A: I believe all forms of creative expression help us find our way — as individuals, and as society as a whole. We commune through art in all of its many forms. We find purpose for suffering, understanding for loss, patience for our differences, and joy and a sense of peace and purpose in the beauty that comes from sharing each other’s inspiration. Painting has been such a gift for me. It affords me a creative outlet with a degree of autonomy that allows me to create works that speak to me and at my pace. There isn’t a need for a whole production. I work feverishly when I’m inspired, I rest when I can’t work and work when I can’t rest.

Q:  I thought your performance as Dmitri Desgoffe-und-Taxis, in the Grand Budapest Hotel was quite Oscar-worthy. What is it about Wes Anderson’s quirky and sometimes bizarre films that brings out some your best work?

A:  Thank you, that is very kind of you to say. I am so happy to have gotten to play and collaborate with Wes on so many occasions, and lucky to be lifted up by his greatness. He is such a visionary Director. His work is so unique and funny and precise. I love the strangeness and charming, insightful moments of all his films.

Q:  You are set to executive produce and star in “Chapelwaite”, based off of the Stephen King short story “Jerusalem’s Lot”. What was your research process for the role? Did you read the short story?

A:  I am really honored to have an opportunity to do something strong within the genre. I have been a long time fan of Stephen King and horror films are a guilty pleasure. Jerusalem’s Lot is such frightening and foreboding tale and the evolution of King’s material into Chapelwaite gave me a chance to play a heroic father fighting against demons in all forms to protect his family. He, and the story, is utterly relatable and remarkably contemporary even though it is set in the 1850’s. I can’t wait for people to get to enjoy it.

Q:  You’re no stranger to the horror genre with films like “The Village”and “Predators”. How was the process of adapting and filming the supernatural horror elements in this series?

A:  On Chapelwaite we were supported by believers and professionals. It began with great source material the producers assembled a team of fantastic special supervisors, strong actors and great writing. None would be possible without the tremendous support from the Michael right, the head of Epix, and his team.

Q:  In your new film, “The French Dispatch”you have teamed up with Wes Anderson yet again. This is such a highly anticipated film. The cast is insane in terms of star power & talent. As art imitates life, you play Julian Cadazio, an art dealer, based on Lord Duveen, an art dealer born in the late nineteenth century.  Did being an artist and knowing the mentality, struggles and idiosyncrasies of an artist help you in bringing this character to life?

A:  My mother, Sylvia Plachy, is a gifted NY photographer. I grew up in New York steeped in her beautiful and haunting images of my city. Photos of the streets, the culture, great artists like Basquiat, Warhol, Keith Haring. She went to art school and is truly an artist herself. My father, although he was a school teacher by profession, is also a gifted self-taught painter. I am an actor, but painting has always great meaning in my life. I grew up with many friends in the art world and even more friends who are gifted and yet are not a part of that world. I have lots to “draw from,” so to speak. There’s much beauty and talent, and tragedy and absurdity, and all the colorful characters I have encountered somehow help me depict the ones I portray. Cadazio is no exception.

Q:  Season 3 of ”Succession”is coming back this Fall. You play Josh Aaronson, a billionaire activist investor who becomes pivotal in the battle for the ownership of Waystar. Were you a fan of the show before you joined this season? What was it like working with the cast?

A:  I love Succession. It is one of the best shows ever on television. It’s such an honor to get to come and play, even for a little bit, with so many talented people. It’s also delicious to play such a powerful, unscrupulous character. I’m grateful to Adam McKay for his great work and inviting me in on this and our Lakers project.

Q: You’re currently filming an untitled Lakers series for HBO where you’ll play legendary coach Pat Riley. How has filming been so far? What are some challenges of playing a real person?

A:  Pat Riley is one of the most iconic and memorable coaches ever. He’s inspired and elevated the best players in the league, he’s a former basketball star himself, and is beloved. Those are big shoes to fill. What’s been most exciting about the Lakers show, aside from the privilege of working with great actors, writers and producers on an expertly crafted series, (shot on film for HBO) is to really understand the journey and the many difficult roads that all of these iconic people have traveled to get to where they are as we know them. Our heroes’ lives are full of great challenges and the insight into their personal lives and the many trials and tribulations they must overcome are fascinating.

Q:  One of your upcoming films is “Blonde”, a fictionalized take on the life of Marilyn Monroe. What drew you to that project?

A:  I’ve loved Andrew Dominik‘s work since I saw Chopper, and have always wanted to work with him. He’s just such a phenomenal filmmaker, with tremendous insight and understanding. Marilyn Monroe’s life was one of the greatest and most tragic stories of an actor ever. She was someone who literally worked herself to exhaustion to be appreciated for her craft while most people couldn’t get past her beauty and magnetically seductive persona. Although so many people have emulated her, she had it really hard. Ana De Armas’ interpretation of her is just spellbinding. It’s a tour de force. Arthur Miller remains one of our greatest playwrights ever and he too had an amazing, and challenging life in Hollywood. I loved the experience of making this, it was a feast for me not only as an actor, but also as someone who appreciates the enormous contributions of the characters we portrayed, and the collaborative experience while witnessing my peers reach great heights before my very eyes.

Q:  The classic question…what’s next for Adrien Brody?

A:  I am at a place of tremendous gratitude. I, of course, hope to continue to find inspiring work on so many varied projects. I have a few things up my sleeve and so much I aspire to accomplish but each day is a blessing.

Born into the iconic Ferragamo family, Edo Ferragamo is making sure his surname is synonomous not only with a luxury fashion brand, but also with popular and electronic music.