Controlled by No One, Powered by Everyone 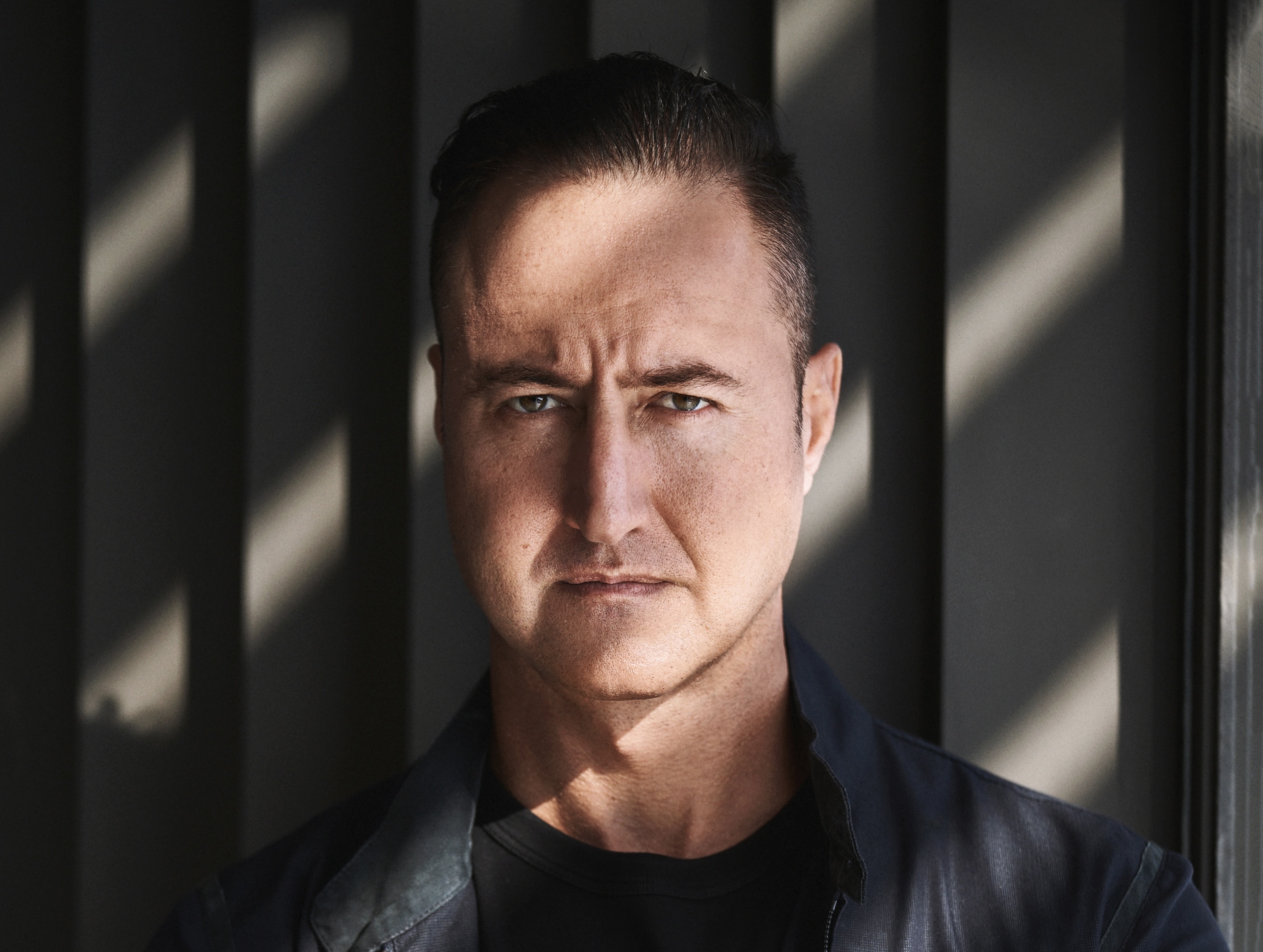 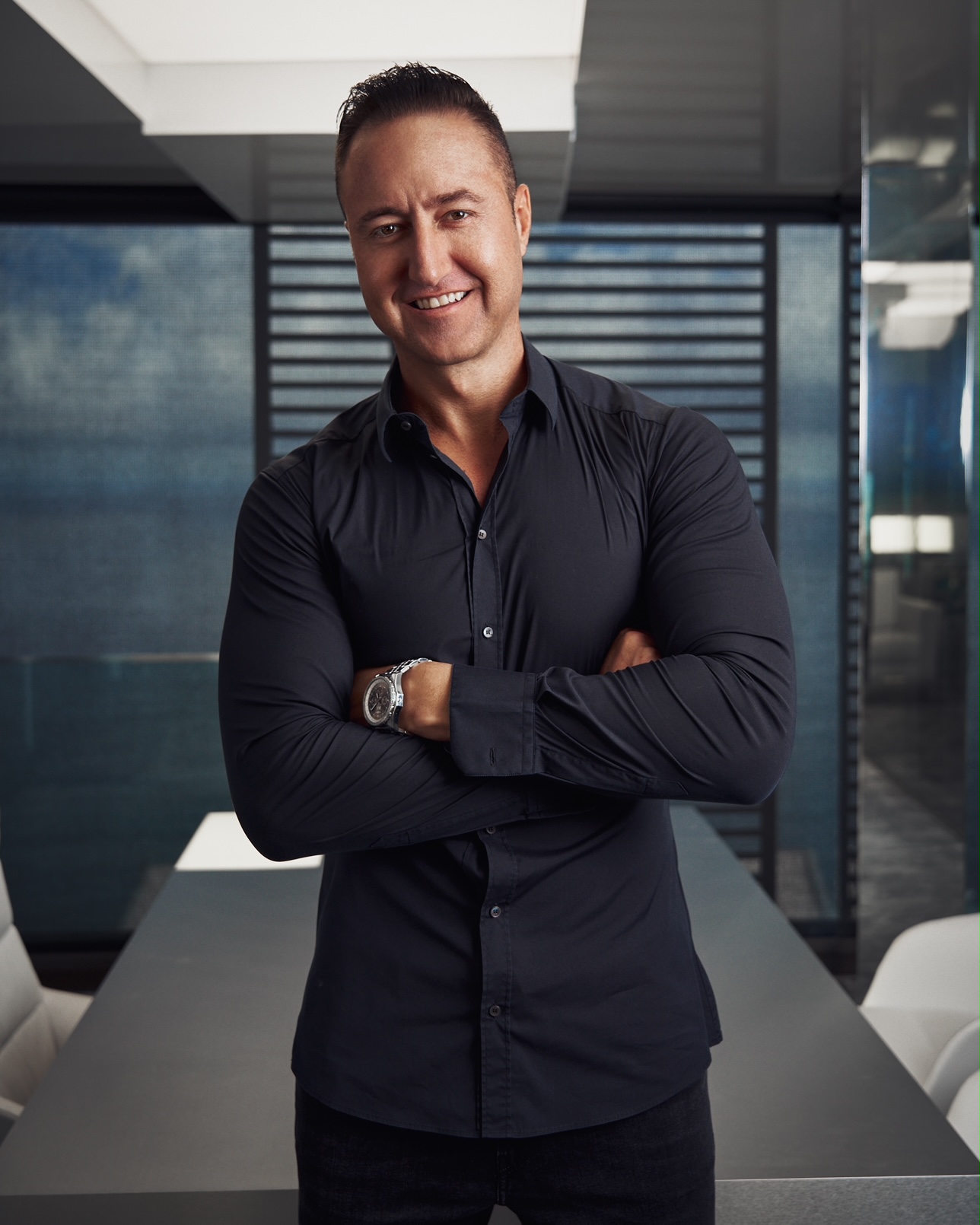 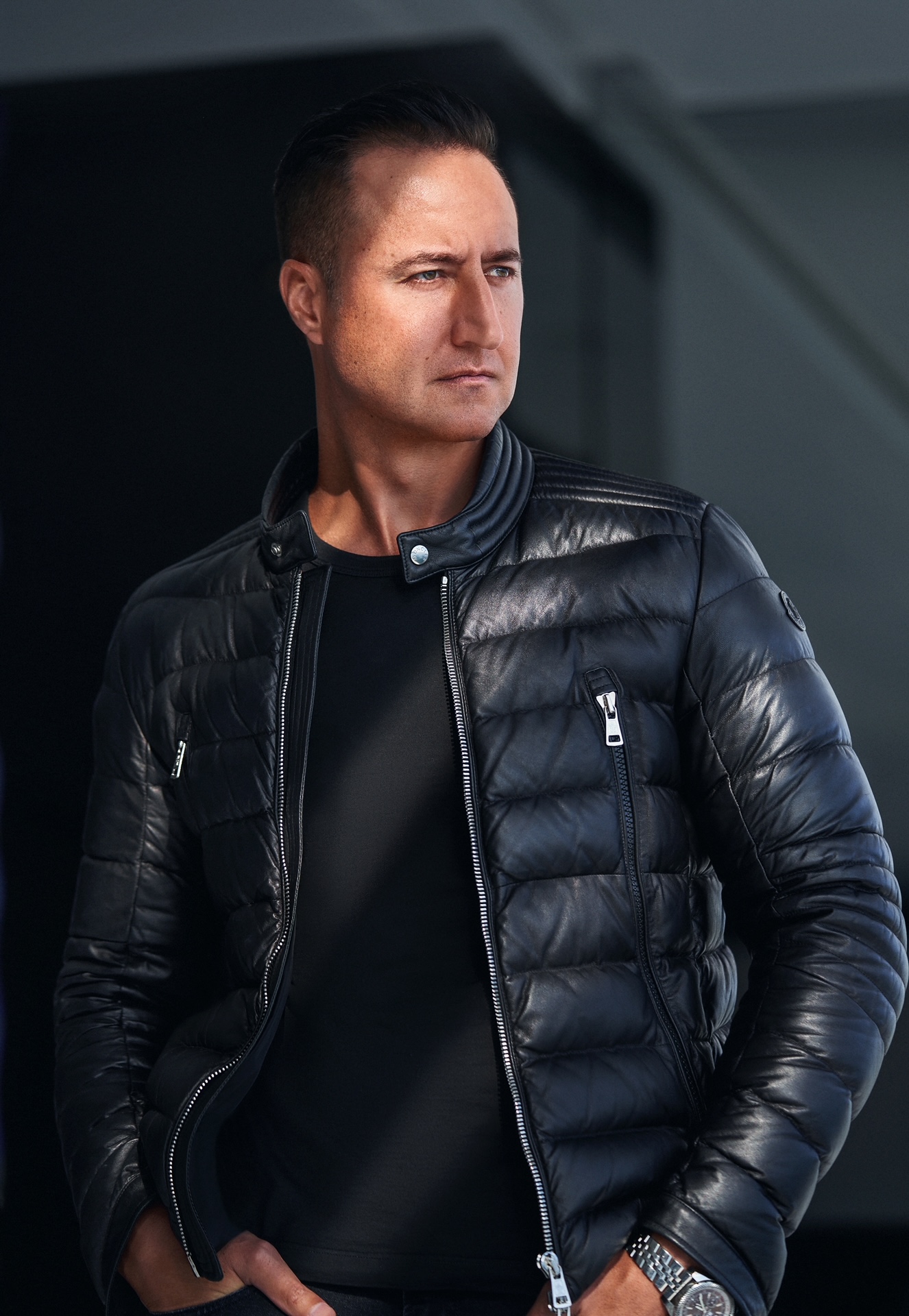 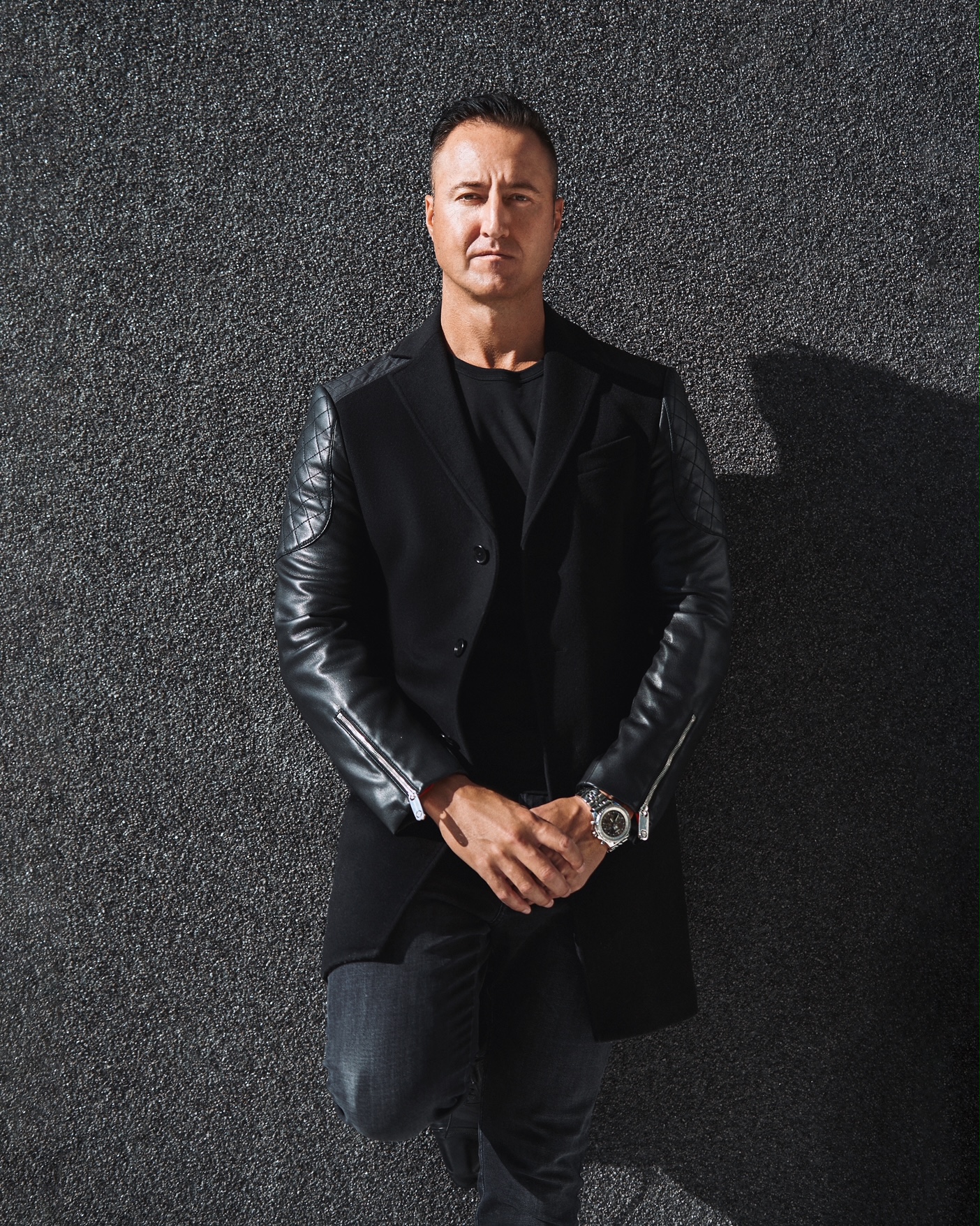 Q: Success seems to find you or I should say you seem to find success. Tell me why Axia and why now?

A: AXIA is going to foster global philanthropy and entrepreneurship. The stage is being set by making the Axia Coin available through an initial public offering, but the journey doesn’t stop there. Once the Axia Coin becomes fully integrated into the Axia ecosystem, it will allow the individual the power to fully integrate their businesses into their lives,. By utilising telecommunications and data, Axia can create business opportunities with global reach as well as being able to list their companies on the AXIA platform will give them an international reach and presence. There are some amazing and great minds behind AXIA and we truly all resonate with the ethos of changing the way the world sees money, transacting as well as helping those who can’t really afford to bank. I see the launch of the AXIA ecosystem as one of the biggest plays the world has ever seen.

Q: How does Axia differ from Bitcoin and other Crypto currencies?

A: Fiat currencies are issued and controlled by a sovereign government and because it is not tied, nor supported by any underlying physical commodity its considered a soft currency which is easily produced. This leads to inflation and the poor are the victims of a system that injects an artificial leverage into the financial system.  In other words, the money creation in a Fiat monetary system only diminishes the purchasing power of the Fiat currency itself. Bitcoin is a true wonder. The first decentralised currency to be adopted by people, not countries, has been a beacon of hope to people of all denominations as safe and trusted storer of value. Its constructs has made it a hard currency, something that is not easily produced, and its supply limited. Its weakness lies in the speed of validation, limiting its ability to be a true replacement of Fiat currency and because of its nature to store value, which has led the truly wealthy to collect and hoard Bitcoin as opposed to transacting with it and thereby making it very volatile. Axia Coin is different, while it remains decentralised its connection with the entire Axia ecosystem promotes its use as a medium of exchange. The Axia Coin is also backed by physical underlying assets which include bullion, precious stones and metals which will protect against devaluation and strengthen its value proposition. By promoting the use of the Axia Coin, the user will also receive greater value and return on their everyday transactional activities which only reinforces the Axia ecosystem. Cryptocurrencies such as Bitcoin are decentralized and have no associated debt accumulation, like traditional fiat currency. However, its lack of clear intrinsic value and its minimal usage/potential to be utilized as a medium of exchange, renders Bitcoin volatile. Unlike Bitcoin or any comparable digital currencies, AXIA Coin is supported by real tangible assets and utilizes an innovative smart contract technology structure that delivers value back to the AXIA Ecosystem, minimizes volatility, and offers higher levels of utility for everyday purchases.

A: The AXIA Ecosystem is made up of all the different applications and wallet-connected features available through a variety of AXIA Ecosystem applications such as: AXIA Capital Bank (financial services), AXchat (communications), AXemble (conferencing), AXbox (video streaming) etc… AXIA is changing the current monetary paradigm through its dedication to constant value creation; in other words, delivering free or low-cost services where value is generated and shared among not only the individuals using a service, but by all connected parties within the Ecosystem. Besides the benefit of accepting a better form of money that reduces a merchant’s embedded service fee costs, all business and charity adopters of AXIA Coin gain access to the AXIA Rewards Platform. By gaining access to this system, a merchant will have the ability to create their own dedicated cashback or loyalty points program. Such programs are typically offered at an on-going cost to a business, but AXIA offers this program and infrastructure for free.

Q: How do you explain Blockchain technology to someone who doesn’t know it?

A:  A blockchain is a distributed ledger that publicly records all transactions. Embedded in each block is a cryptographic hash of the previous block, a timestamp, and the transaction data, all of which are resistant to modification by design.

A: The utility and functionality of Axia in a real world environment is unrivalled. Axia has partnered with over 2000 stores and offers a 5% rewards program and 6% cashback when using your Axia account. Using Axia is not much different to using a normal bank card, the functionality is the same except for the payment process being quicker and there being no transaction fees.

Q: With Axia you are always liquid ? Meaning you can walk into a store and buy something ?

A: You should be able to walk into any store globally and use your Axia card to facilitate payments and purchases of anything, anywhere, at any time.

A: The mission at the heart of AXIA is to advance a more equitable, inclusionary, fair, robust economic model for people around the world. This goal is set in motion through the disruptive design of AXIA, which aims to lower participation cost (among other barriers to entry) and increase efficiency and productivity, while delivering consistent value to all of its community members. When AXIA Coin is exchanged for items of value, its network value grows and simultaneously creates a stronger foundational structure. This is for the benefit of all participants – creating a world of inclusive growth that leaves no individual behind. AXIA is designed with a ready-built and ever expanding ecosystem that forms a positive feedback loop – the more users do for others, the more they get for themselves. The participants are the creators of value for themselves, and all the other members of the community simultaneously. Unlike AXIA Coin, the purchasing power of fiat currencies erodes over time to the disadvantage of its holders. Only a specified and finite amount of AXIA Coins will be released and along with the support of the underlying asset-based and the ever expanding ecosystem, will be elements that act as a safeguard. They protect not only preservation of AXIA Coin value, but also counteract any market manipulation, spikes in inflation, devaluation, recession, financial instability, political corruption

Q: What platforms does Axia Coin trade on and how can people buy it?

A: AXIA Coin is available through AXIA Capital Bank. Simply go to AXIACapitalBank.com, follow the sign-up prompts and a wallet will be generated for you. Once you’ve been on boarded into the bank, you will have access to everything you’ll need in order to receive, send or acquire AXIA Coin.

Q: In terms of long term growth, where do you see Axia ?

A: Axia is set to change the financial world as we know it. Everything from how we think, use and interact with our money will change. I see Axia being used Globally as the first digital currency for the world, uniting people and giving them the power over their own monies.

Q: You have partnered with the world’s top photographer John Russo to create global change through a coffee table book entitled, “100 Making a Difference”. How will this project create a global and positive impact? How will Axia play a p[art in this process?

A: Yes, I was very happy to work with John on this project! Seven years in the making, “100 Making A Difference” was created to raise awareness to charities around the world, those that support them and how they are making a difference in the lives of others. 100 MAD is a 100% philanthropic venture whereby all proceeds of the book go towards the charity organisations featured within. Quinton van Der Burgh has set up a Covid relief fund with Axia bank which will be used to facilitate and initiate global initiatives and help foundations around the world during this Global pandemic.

Whether you’re in the market for a primary residence, a third home or, perhaps, your own private piece of vacation paradise, these six new properties in SoCal and Cabo may be your perfect place in the sun.

Four Seasons Resort Oahu at Ko Olina offers a serene beach setting that feels worlds away from the hustle and bustle of Waikiki.