In the hot new dramedy A Million Little Things, as well as in real life, David Giuntoli is learning how to share his deepest feelings. 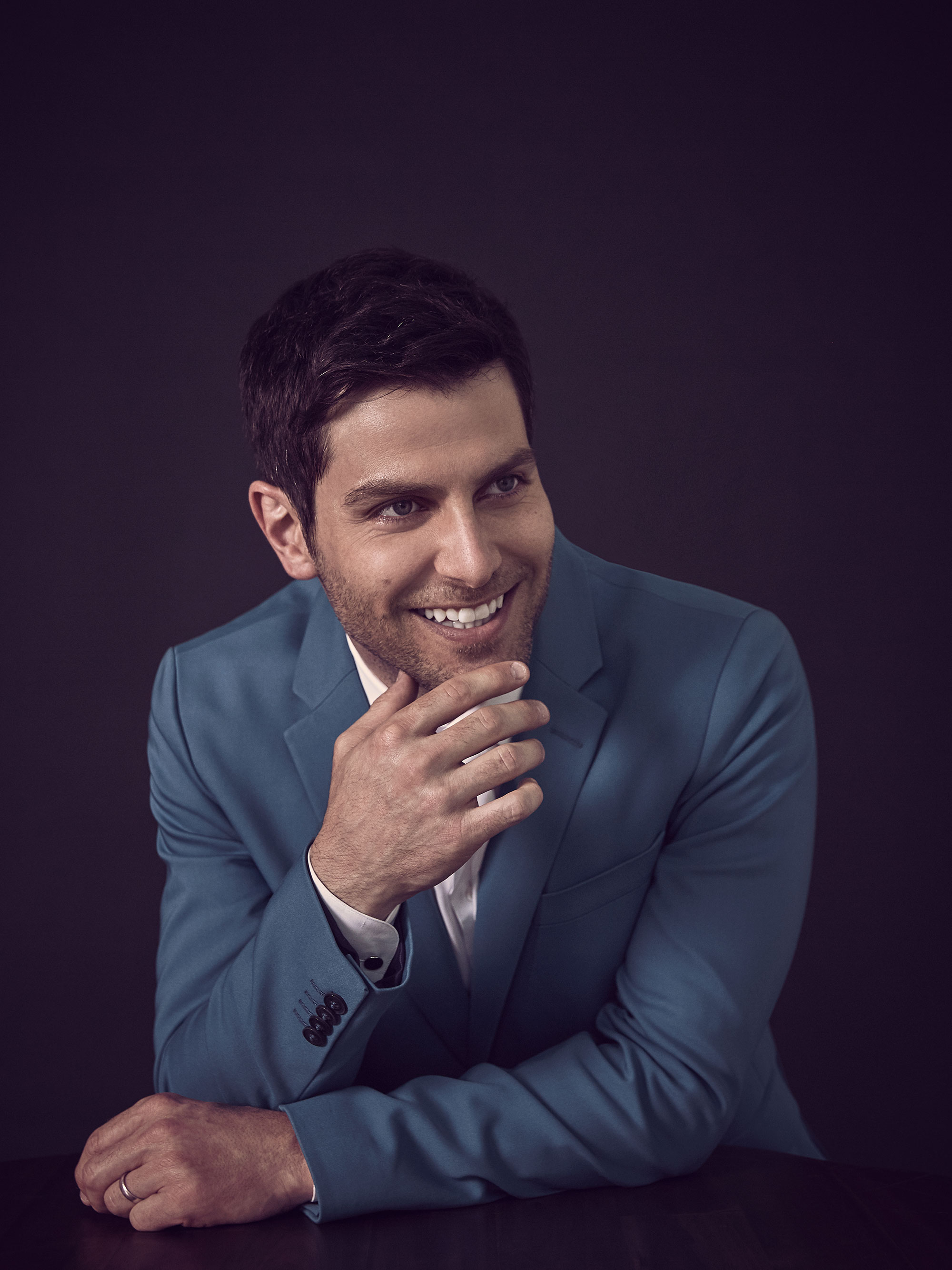 Grooming by { Sydney Sollod at The Wall Group

Styling by { Erica Cloud at The Only Agency

David Giuntoli’s career trajectory goes something like this: The native of St. Louis studied finance at Indiana University; was cast on MTV’s reality series Road Rules: South Pacific and Real World/Road Rules Challenge: The Gauntlet; spent six seasons tracking down hideous monsters in human disguise (and often appearing sans shirt) on NBC’s Grimm; and can now be seen on ABC’s A Million Little Things, the tear-jerking dramatic series du jour about of a group of male friends grappling with the aftermath of the suicide of one of their own. According to Giuntoli, the show is sad, funny, touching and heartwarming. Married for one year to his Grimm castmate Elizabeth (Bitsy) Tulloch, the 38-year-old actor lives in the Hollywood Hills. He and Bitsy are expecting their first child in February 2019.

You were one of the most sought-after actors for pilots this season. Why did you select A Million Little Things?

It is the most important script I’ve read in a long time. It is an adult show that deals with grown-up topics in a grown-up way. The humor is beautiful. It has the power to heal in a time when we all need it.

The show deals with the tough subject of suicide. What were your feelings about being part of a storyline that could be a trigger for some viewers?

I believe the goal of storytelling shouldn’t primarily be to “not trigger,” but when dealing with something as serious as suicide, one goal should be to treat the subject as thoughtfully, responsibly and compassionately as possible. We are actively involved with suicide prevention, including working with suicide prevention organizations and running PSAs. I believe the producers and writers have been very careful not to glamorize suicide, like some other shows might have. Our show is loosely based on something our wonderful creator, DJ Nash, went through in real life. After his friend died unexpectedly from suicide, DJ wanted to re-examine how he was living his own life, explore what he could have done differently to have helped his deceased friend, and how he can be more present and helpful to his living loved ones so that he never loses someone to suicide again.

Above all, A Million Little Things is about friendship. What would you say is the difference between male and female friendships?

It depends. I know it’s harder sometimes for men to wear their hearts on their sleeves, and confide in other people. As a guy, there is a tendency to need to “toughen up” when you feel emotional or vulnerable. I personally do feel the impulse to hide my vulnerabilities in most situations. But that’s definitely changed in recent years, and now I think it’s much more acceptable and even encouraged to acknowledge and accept that vulnerability.

Are your own friendships with men “bromances” or activity-based buddy relationships?

I’m pretty lucky to have a lot of great guy friends. They are mostly creative types and I like to develop (and hopefully complete) projects with most of them. My friendships are coffee, hiking or dinner-based. Some I’m somewhat more connected to on an emotional level—the friends who know even the most unsavory things about me and still choose to have my back.

Ha ha. It’s ridiculous, and I’m not. My friend Cerelina dared me to write that as a joke and I did. Maybe that does make me a bad boy after all.

In what ways are you different from—or similar to—your character on A Million Little Things?

Eddie is definitely more of a hot mess than I am. I consider myself someone who’s on top of things. He believes that everything happens for a reason and I don’t. But one major similarity is how much we value our relationships with our friends. We are also both artistic types, and share an exuberance that people either find utterly charming or utterly grating.

What about Nick Burkhardt, creature hunter, on Grimm? Any similarities?

I’d have to say how protective we are of the ones we love.

You majored in international business and finance in college. What did you expect to be when you grew up…and how did you make the giant leap first into reality TV on MTV’s Road Rules and, later, into acting?

It was honestly just a practical decision, as I knew that finance was something I could use until I figured out what I wanted to do in my life. After Road Rules, I decided to move out to L.A. in my mid 20s, which was a total departure from finance. Part of that decision was learning that my grandfather on my mom’s side had been an actor, and there was a part of me that wanted to continue that legacy.

Do you and Bitsie have any pets?

We have an amazing special-needs French bulldog named Henry. He’s 8 years old and has been plagued by health problems his whole life, but he’s a source of great joy and we love him. Two words for Frenchie owners: pet insurance.

What is your most prized possession?

I like to lovingly and jokingly remind my Bitsie that my two favorite souvenirs from Grimm are the old Land Cruiser Nick Burkhardt drove, and her. The order depends on the day. Incidentally, both would run through a brick wall for me.

How do you unwind after an intense day on the set?

The hot towel that awaits me in the makeup trailer at the end of a day.

What’s the best piece of advice anyone ever gave you?

A) Never sign a contract with a man who’s wearing shorts. B) Don’t spend your money until Season 3. C) Grit and focus are a greater determination of success than talent alone.

What advice would you give your 16-year-old self?

Have fun. Work hard but don’t freak out. Travel more than you think you ought to.

Grimm was kind of scary. In real life, what scares you?

Anything bad happening to my loved ones. Aside from that, I’m unflappable.

A Million Little Things makes viewers laugh and cry. In real life, do you cry easily? If so, what makes you cry?

I wouldn’t say I cry easily, but I’m definitely in touch with my emotions. I’m certainly not ashamed of crying.

As kind to all stripes, regardless of color, creed or political affiliation.

If you could change one thing about the current state of the world, what would it be?

LADY IN RED! Emerging Contemporary Artist Chellis Baird is One to Put on Your Radar