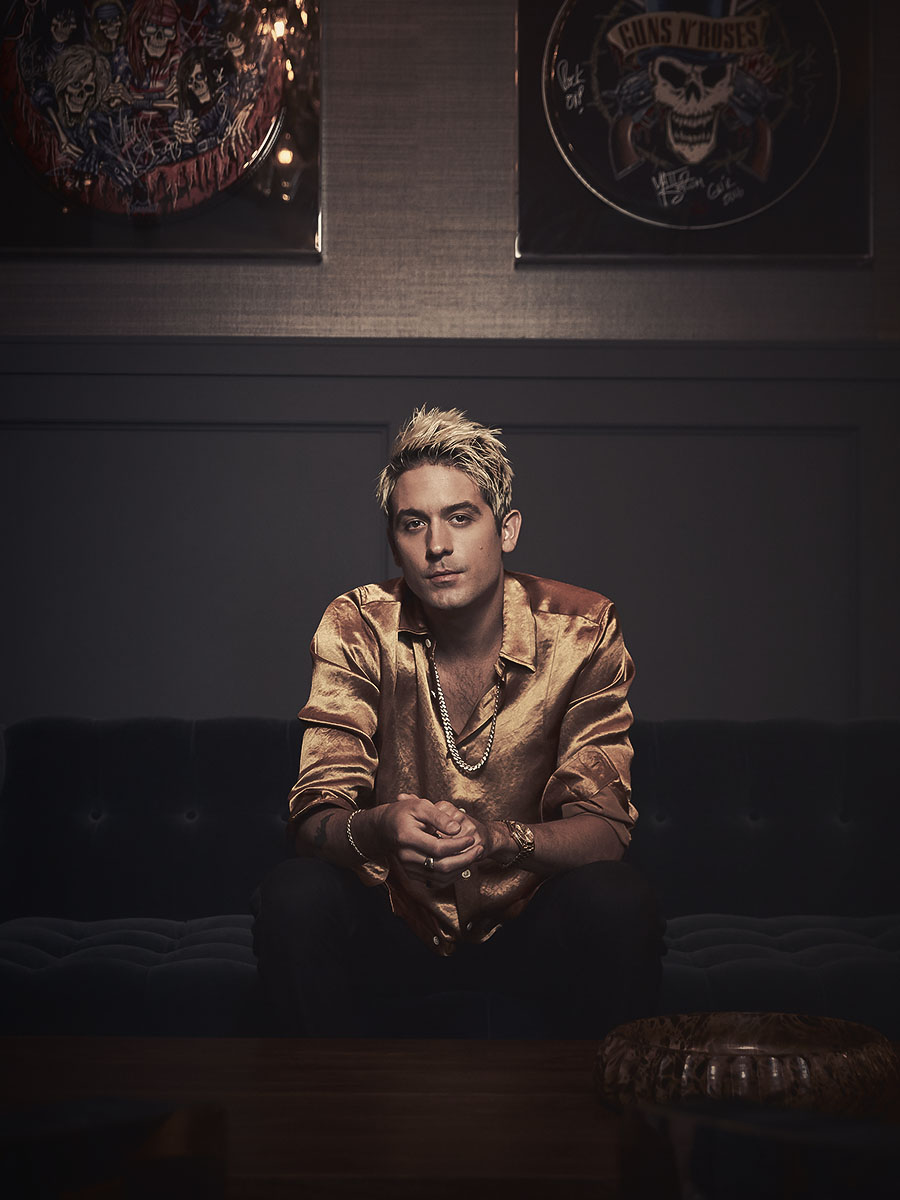 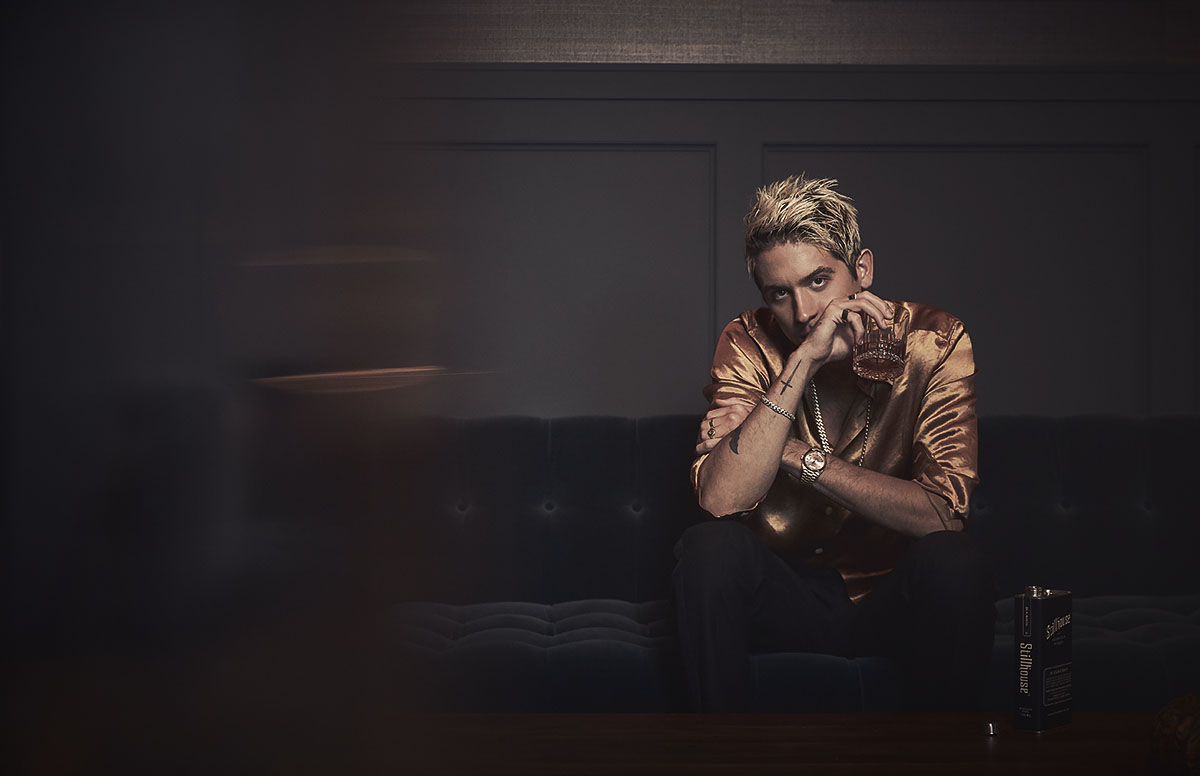 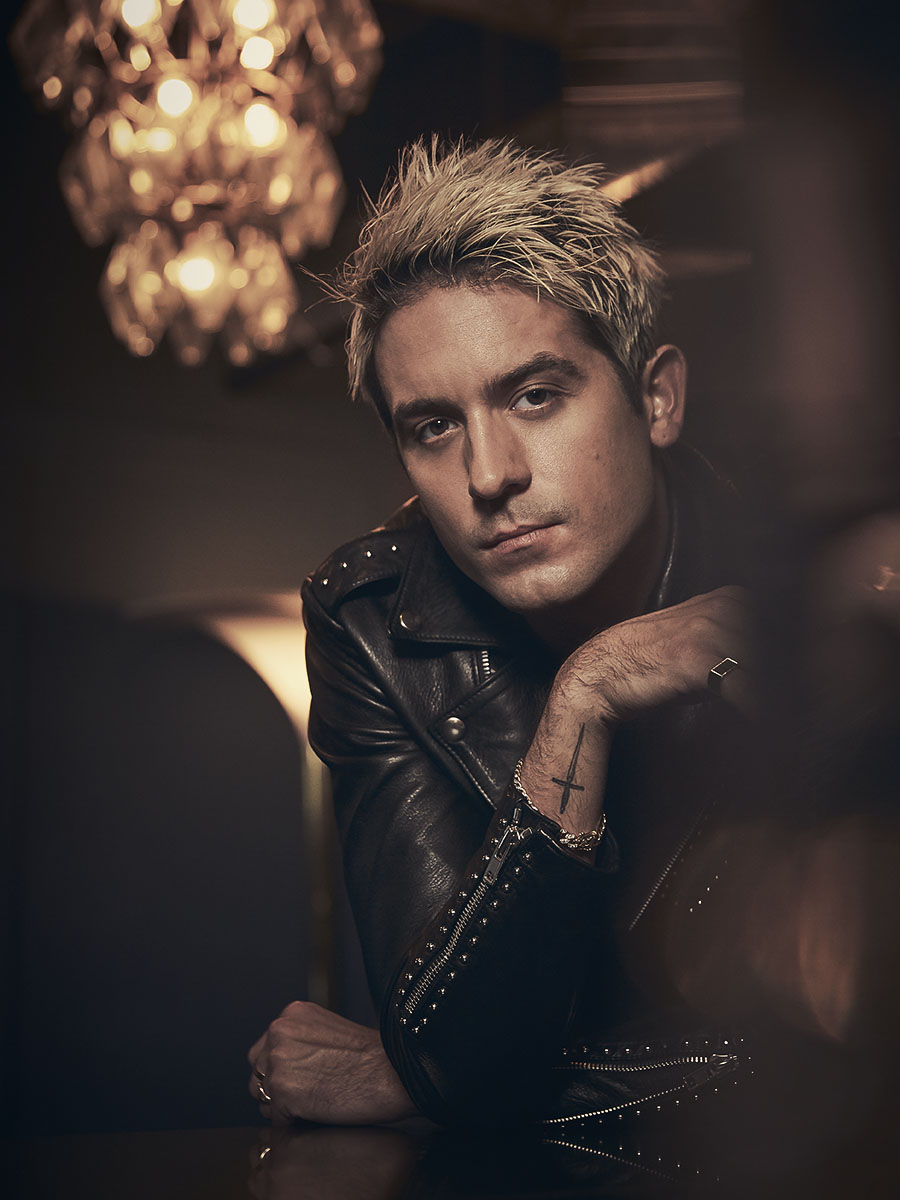 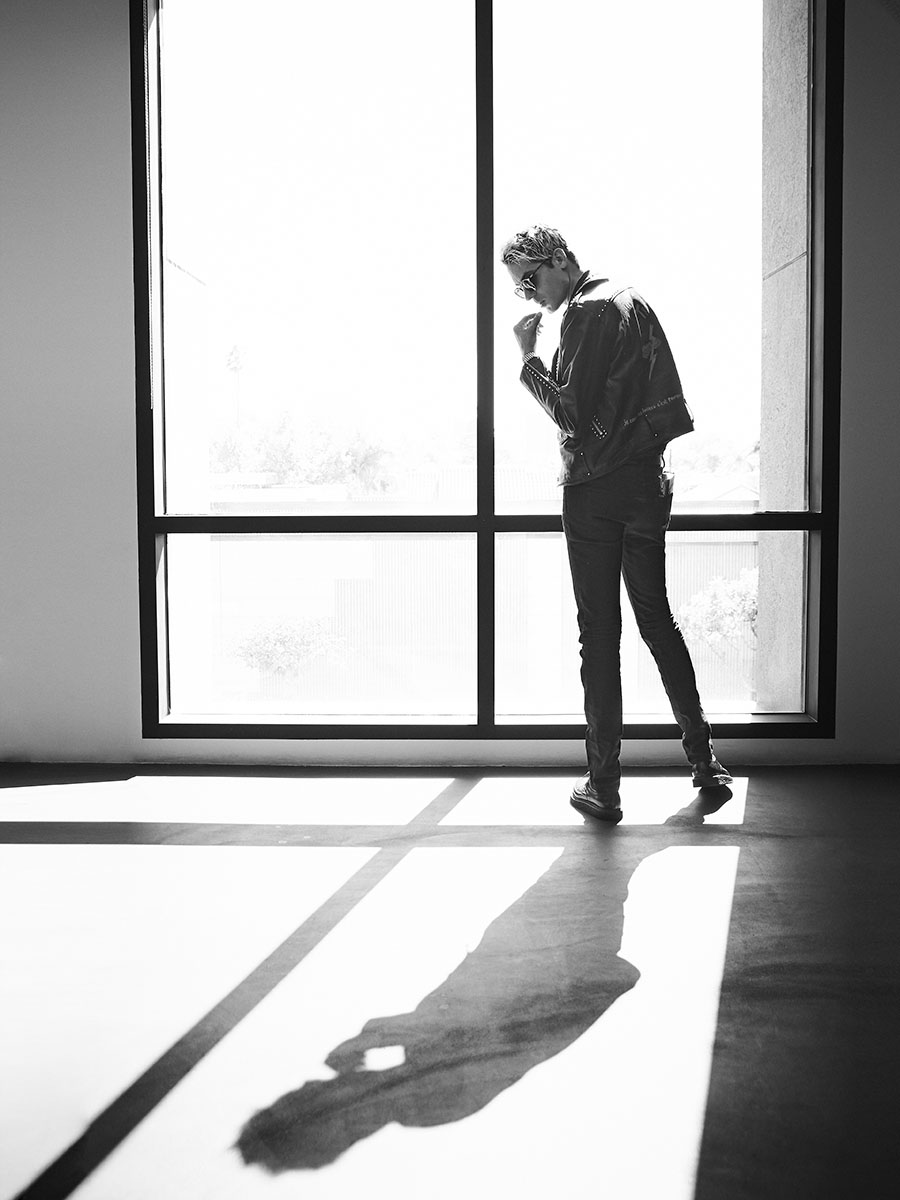 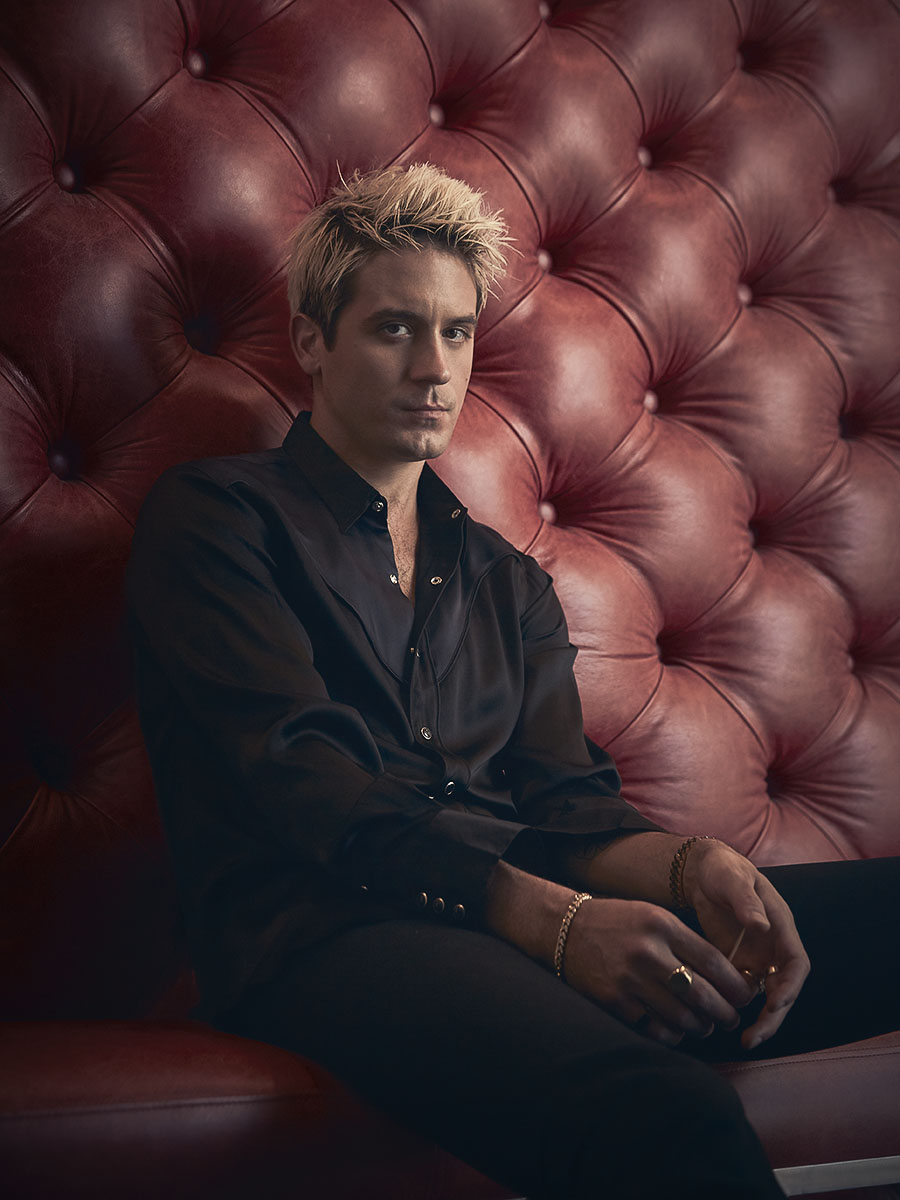 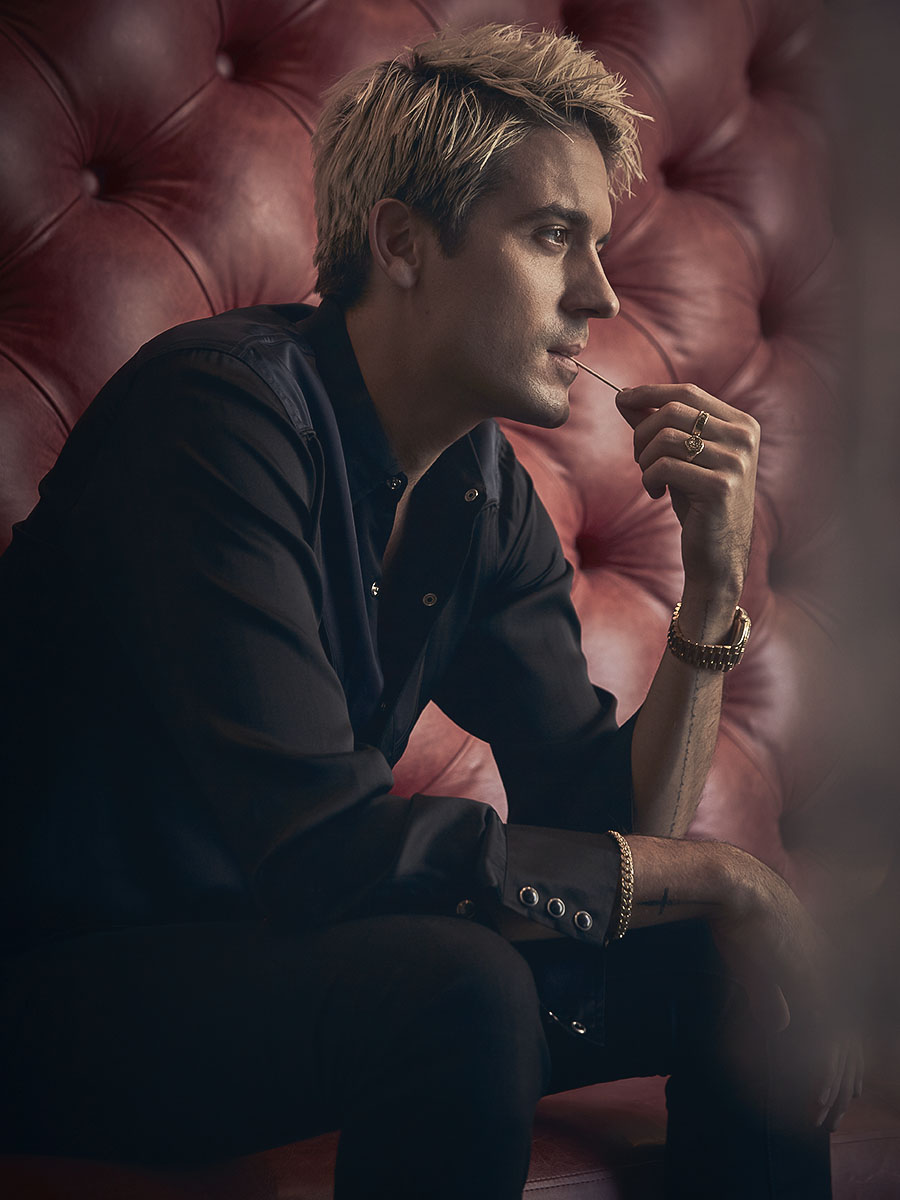 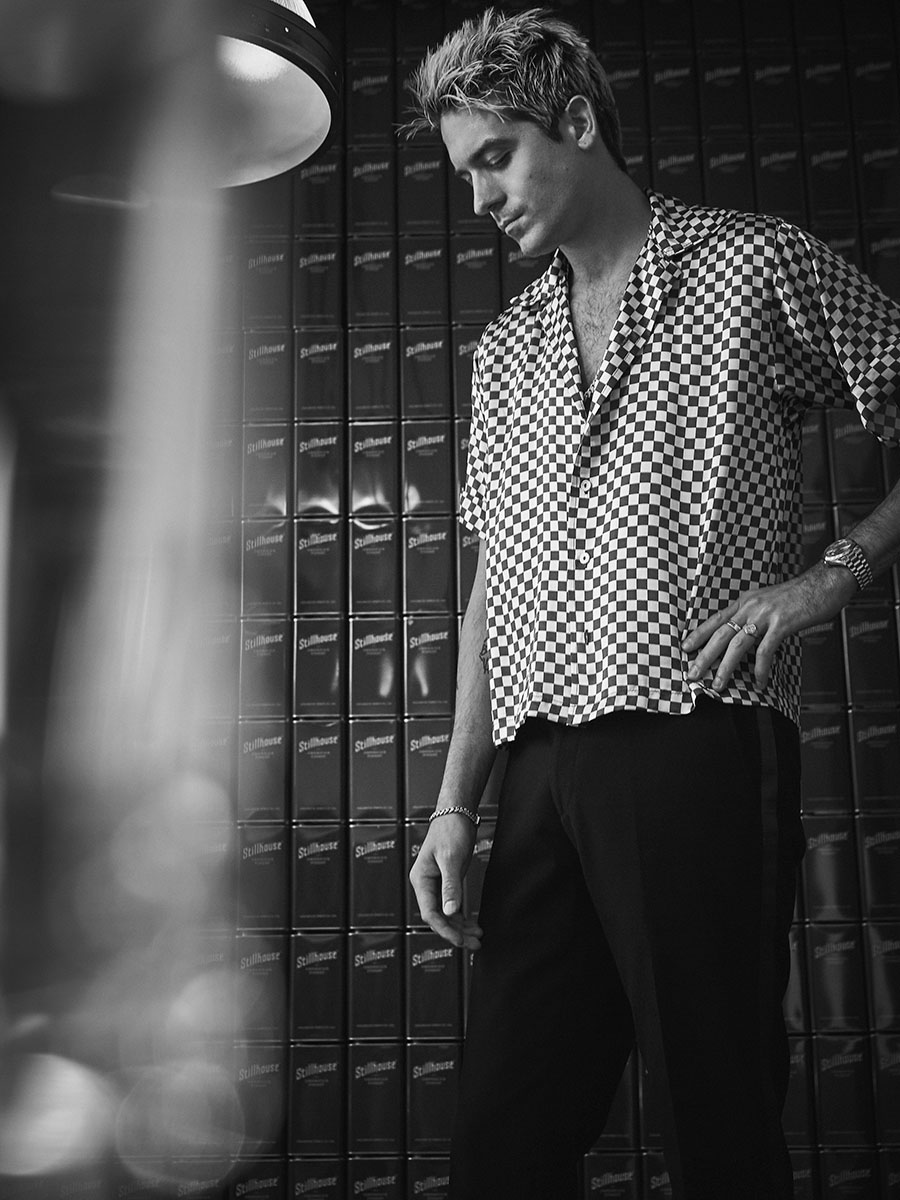 Fresh off his Endless Summer Tour and on the eve of both his 30th birthday and the release of his fourth major-label studio album (following the success of The Beautiful & Damned), Gerald Earl Gillum—that’s “G-Eazy” to you—is in brand-building mode. Already revered as an innovator in the music world, he now has his own line of merchandise (clothing and a haircare product) and has turned his attention to the spirits industry as partner and co-creative director of Stillhouse Spirits, the producer of six varieties of clear whiskey and an aged black bourbon. In addition, as founder of Endless Summer Fund, he is making his mark as a philanthropist, raising money and advocating on behalf of LGBTQ, homeless and mentally ill youth in his beloved home town of San Francisco.

What was it like growing up in the Bay Area and how did it impact your music?

It was an amazing time to be a teenager in the Bay Area. The “hyphy” movement was a cultural phenomenon and I was right in the middle of it. The music that came out of the Bay in the mid 2000s was unlike anything else and we still listen to those songs today. I was a junior in high school in 2006, which was basically the golden age of the era, and I was finding my voice and my sound at that time, so it was incredibly influential on my career.

Which artists have most influenced your sound?

E-40, Mac Dre, A Tribe Called Quest, Drake, The Beatles, Lil Wayne and Johnny Cash. All of these artists have influenced me in one way or another.

Who have you enjoyed working with and who do you want to work with next?

I did a session with Gashi the other night. He’s an artist who I think is gonna have a huge 2019. He’s insanely talented. Another is ALLBLACK. He’s basically the hottest artist in Oakland right now, about to blow all the way up. There’s an artist out of Minnesota named 7AE who is super-talented and I think he’s going be the next big thing. We did a song already, but I want to work with him more.

Can you describe your creative process?

When I go into the studio, it starts with the music. A producer will either play me beats or start making something from scratch. Then I kinda zone out and start mumbling words and flows until something comes to me I like. It usually happens within the first five or 10 minutes. And if it doesn’t, we generally move on or start over on something new. If it’s there, it’s there. You gotta trust your gut and intuition.

Maybe “Everything Will Be OK,” because it’s the most vulnerable and revealing.

You joined Stillhouse Spirits in 2017. Why?

I was a fan of the brand before I met founder and CEO Brad Beckerman and we just hit it off. There is a special connection there. It was almost like we’d been close friends or brothers in a past life or something. I related to him and I really loved the vision he had for the brand. I identified with it. I’ve always felt like an entrepreneur and wanted to get into the spirits business, but I wanted to wait for the right opportunity and this felt like the right time.

Tell us about your new philanthropic initiative to assist under-served youth.

Through the Endless Summer Fund, I have been raising and donating money to homeless youth centers in the Bay Area [including $50,000 to Larkin Street Youth Services] that keep kids off the streets, help get them an education and find jobs. It’s something I am really passionate about. The Bay Area raised me and made me everything I am, so it means a lot to me to be able to come home and give back. And although it’s one of the most beautiful and popular places to live in the country, there are still around 1,300 homeless kids sleeping outside every night. Larkin Street is one of the oldest and biggest homeless youth centers in the region, so it means everything to be able to help these kids by donating resources.

How would you describe your personal style?

It depends what mood I’m in. It’s either minimal dark with a timeless approach, a lot of leather jackets and varsities, or it’s mid- to late 2000s streetwear when I wear sneakers.

Can you describe your other venture, Gerald’s Essentials?

Gerald’s Essentials is a sub-brand/concept I’ve been building and planning for a while. It’s basically about taking the things I use or wear in my daily life—high-quality basics, like sweats, hoodies, shirts, socks—and making them available to my fans. I’m also developing a signature pomade, which I’m really excited about.

What would you like to say to your fans?

What’s next for G-Eazy?

Taking over the world, one night at a time.

A friend of mine who knew Mac Dre gave me a rosary that Dre actually gave him—and promised it would keep him safe—back in the ’90s.

Autobiographies by Steve Jobs and Johnny Cash, lots of classic novels (I obviously love Fitzgerald), and I just read The Celestine Prophecy.

Sour candy. I can’t get enough.