Best known as the hunky werewolf among a pack of vampires on True Blood, Joe Manganiello has the superhuman ability to steal big and small screens—and our hearts. 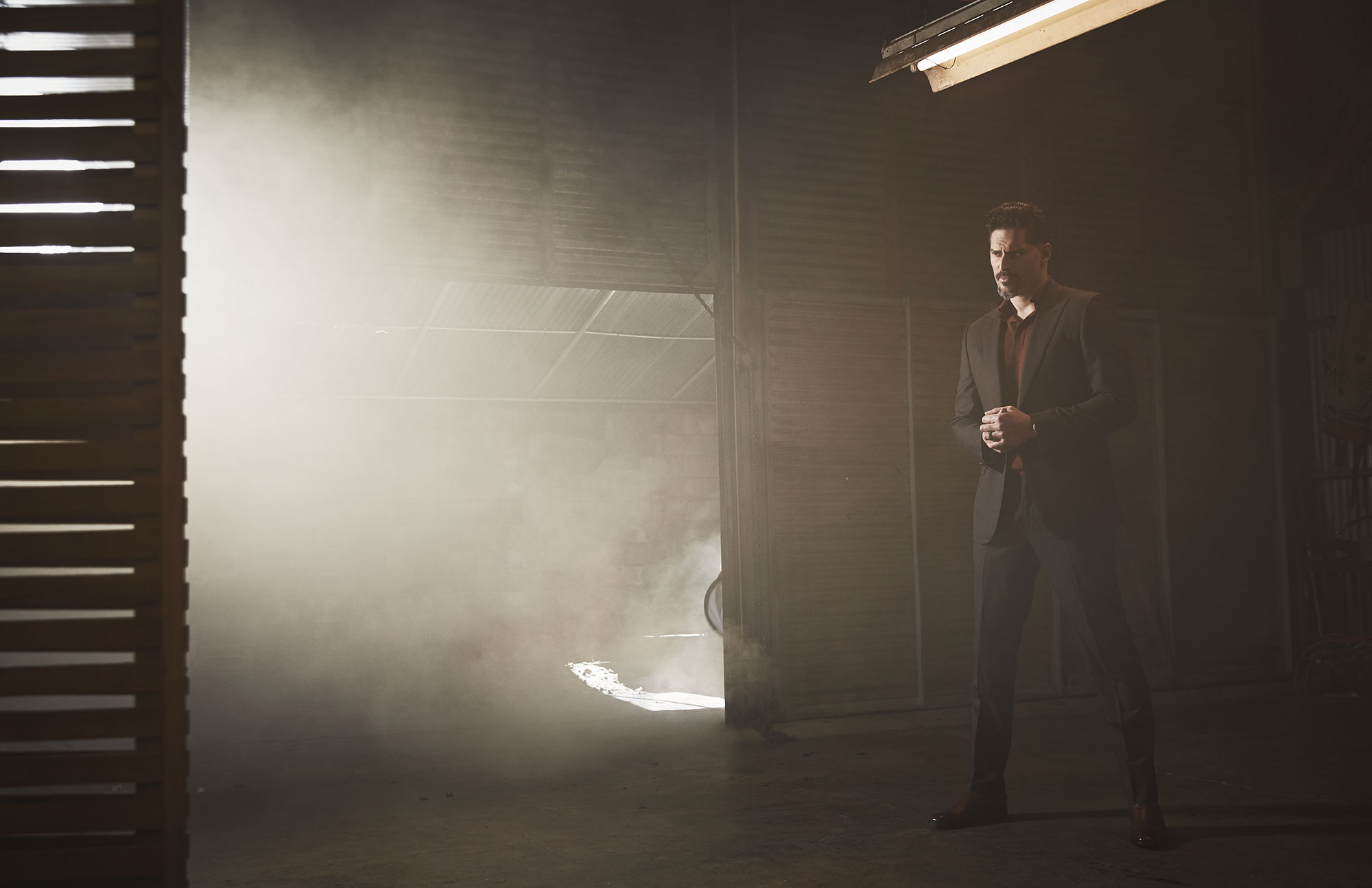 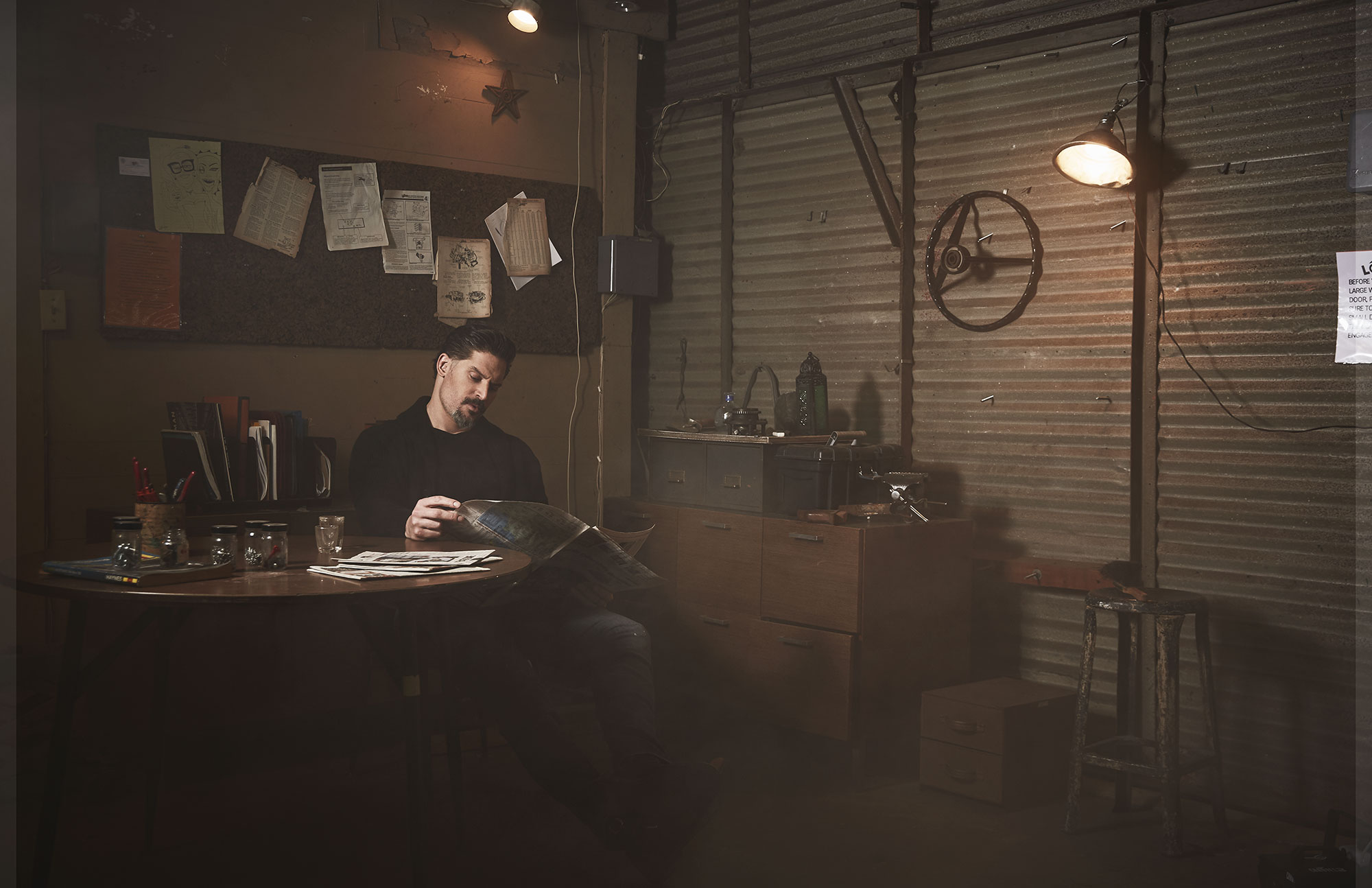 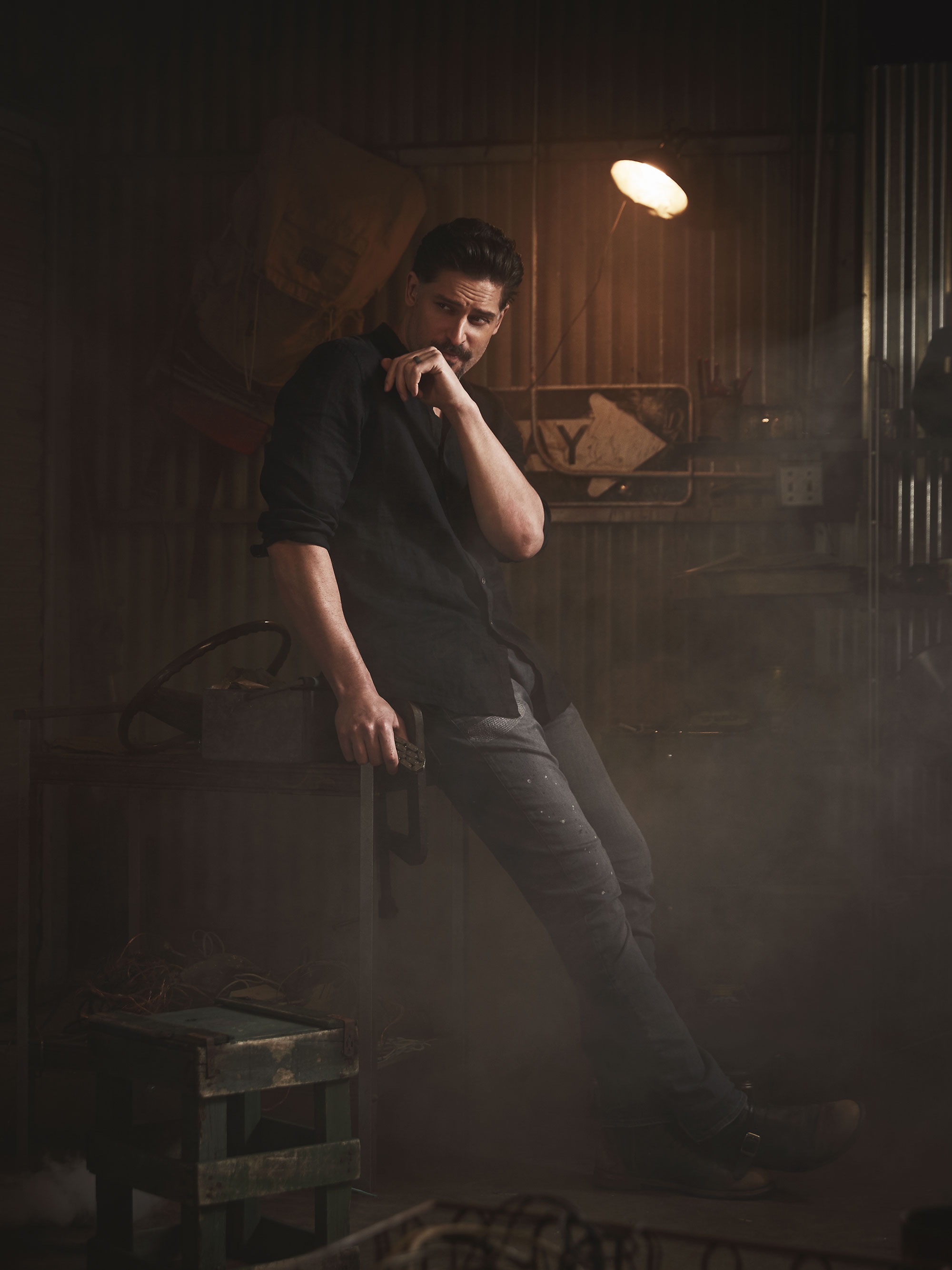 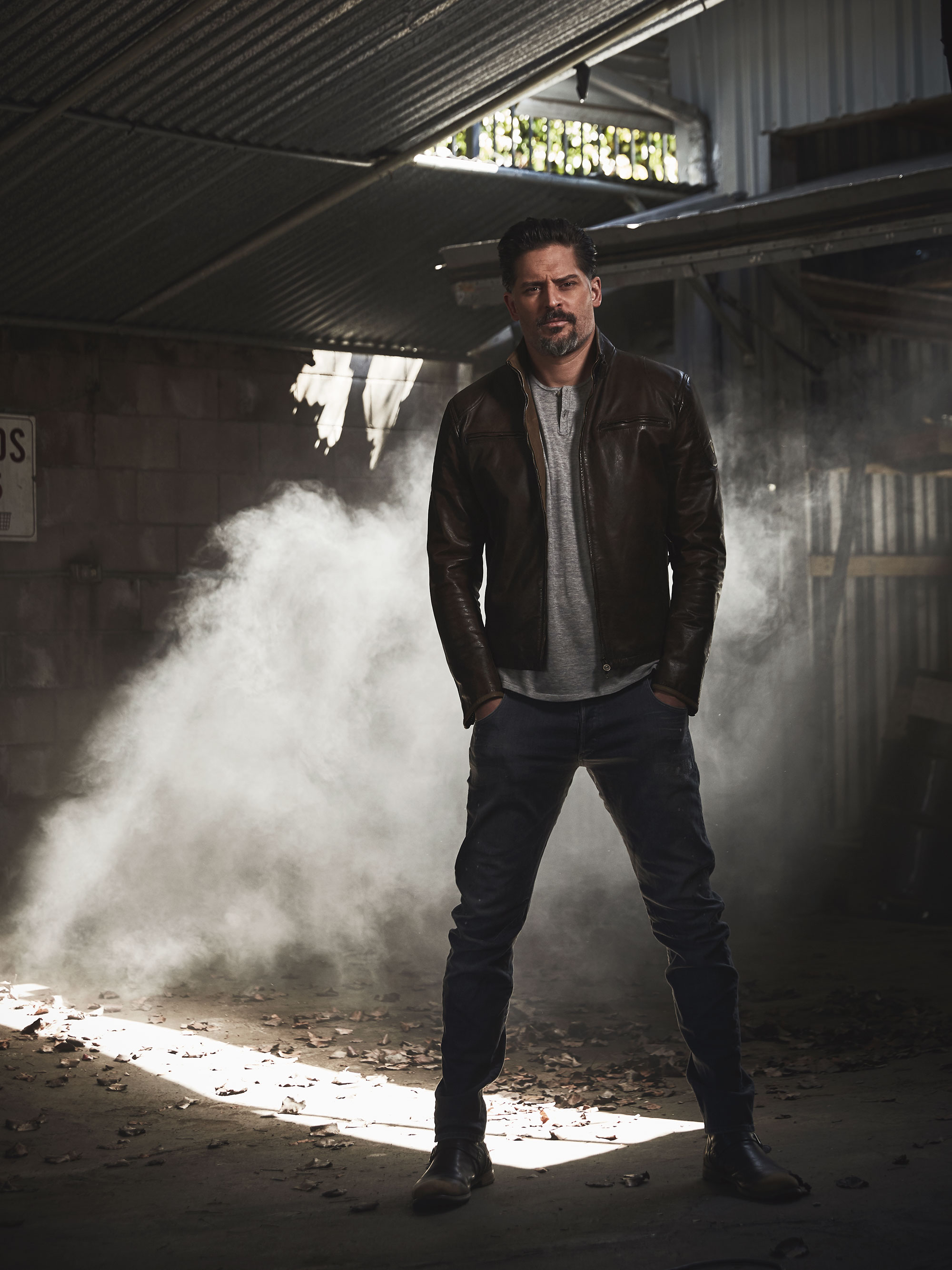 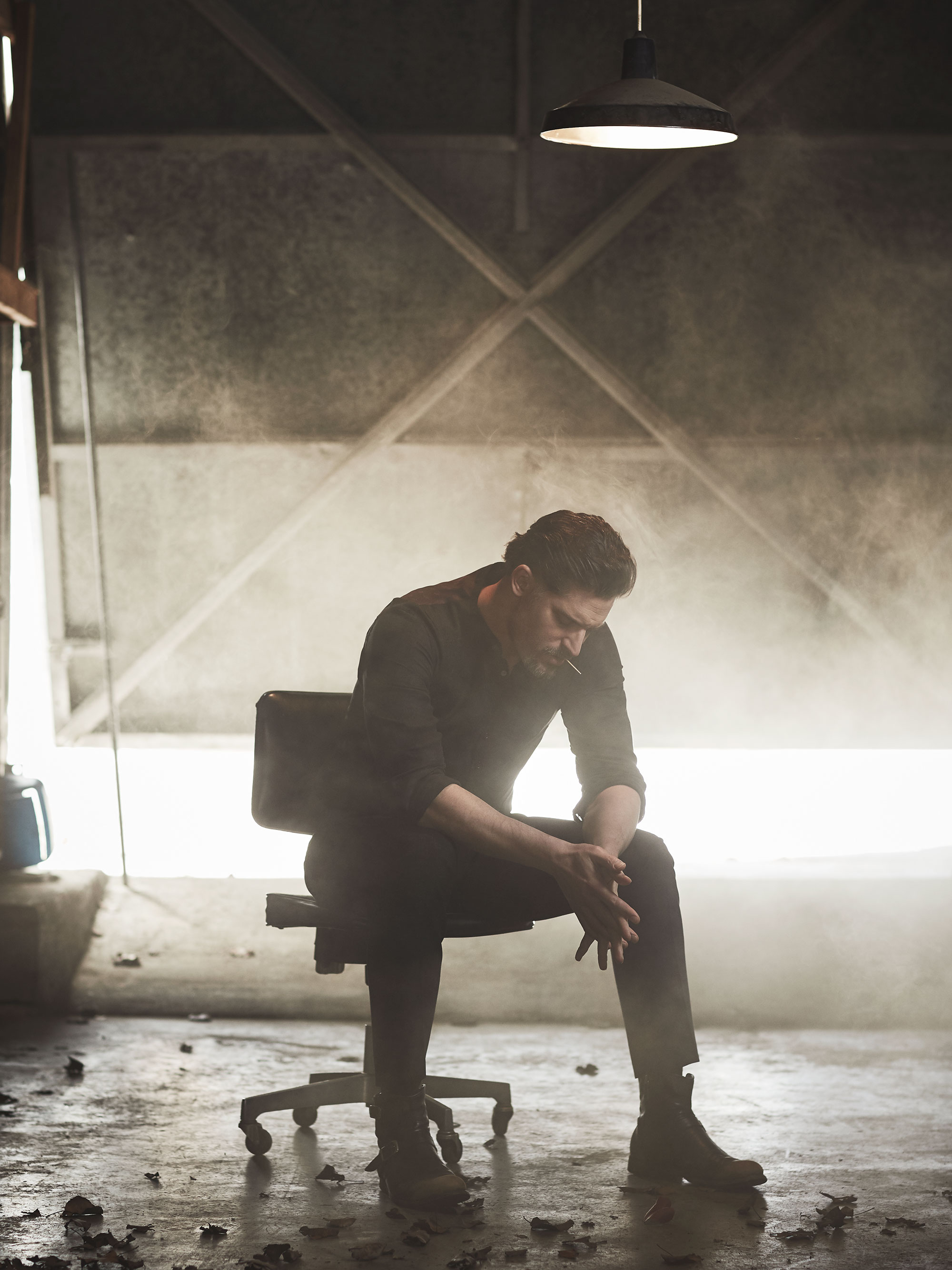 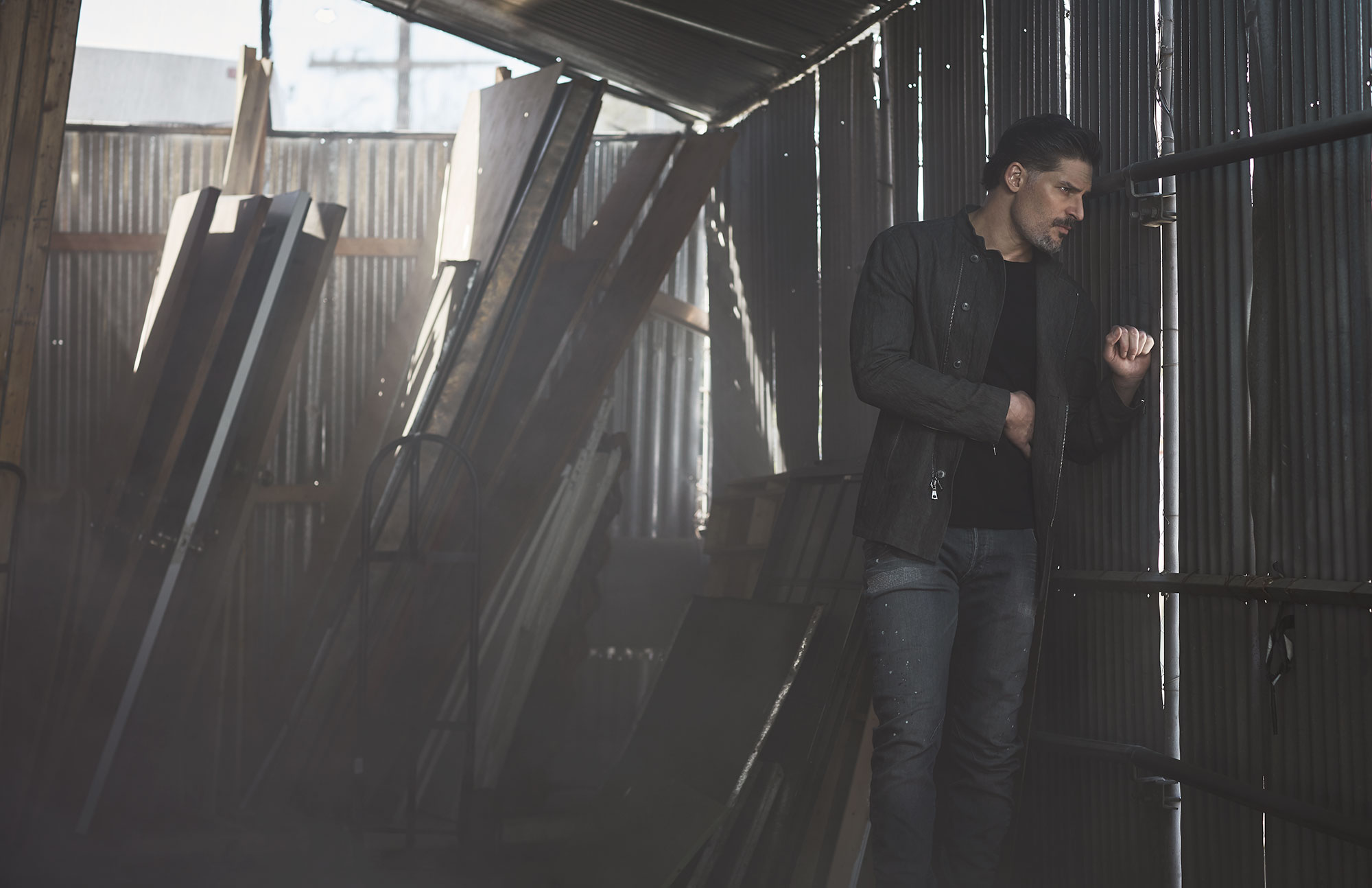 “Superhuman” and “super-sexy” are words often used to describe Joe Manganiello’s characters, like Flash Thompson in Spider-Man, werewolf Alcide on HBO’s True Blood, and sword-wielding assassin Deathstroke in DC’s Justice League, not to mention Big Dick Richie in Magic Mike. In real life, he’s passionate about his Pittsburgh roots (he won a 2017 Emmy award for narrating the documentary Pittsburgh is Home: The Story of the Penguins), the role-playing game Dungeons & Dragons (he works as a consultant for D&D and is writing material for an adventure module scheduled for release in 2019), and wife Sofia Vergara. Up next, the film Stano (due out later this year) marks the first time he and Vergara have collaborated; they’re both in the cast and Manganiello is also a producer.  What did Gio recently learn about this 6-foot-5-inch, larger-than-life hero? He’s all heart.

What serves as your inspiration?
An insatiable drive to create things and be understood by others.

What’s the best advice you’ve ever received?
Learn how to say “no.”

If you could travel back in time and give advice to your younger self, what would it be?
Don’t drink so much.

Acting, directing, writing, producing… You’ve done them all. What has been the most fulfilling?
Probably my book, Evolution, and documentary, La Bare, because I had so much control over the finished products.

Tell us about your most memorable trip.

My wedding [to Sofia Vergara, November 22, 2015 at Palm Beach’s The Breakers Resort] and subsequent honeymoon [at COMO Parrot Cay in Turks and Caicos].  Having all of my favorite people in one place for a weekend was incredible. Then successfully sneaking off of the grid for a week with my wife with no one else around. It was the best week of my life.

Last meal on earth would be?

Two Primanti Bros.’ steak and cheeses, and one of their pizzas on the side.

Where do you feel most at home and why?
I used to say Pittsburgh, but now I say anywhere my wife and I are together.

What has been your most romantic gesture?
My proposal was pretty awesome if I do say so myself.

What would people be surprised to learn about you?
I think most people misunderstand who I am in just about every way possible. And they have no idea how to pronounce my last name.

What terrifies you?
Unqualified people in leadership positions.

What’s currently on your nightstand?
A book about Hemingway in Cuba, a book of his short stories, The Last Wish by Andrzej Sapkowski, a bunch of notes on a comic book series I am working on getting the rights to, a little notebook outlining a D&D [Dungeons & Dragons] adventure I am going to DM [Dungeon Master], a tiny porcelain coffee cup from New Orleans, and a little ceramic sea turtle.

What is your most treasured possession?
My friendships.

What’s surprised you through your work with Children’s Hospital of Pittsburgh of UPMC?
How strong and brave those kids are, and how loving and devoted the parents are.

How do you stay grounded?

I show up 15 minutes early, look the best I can and work as hard as I can.

What kind of legacy would you like to leave behind?
Ask me again in 20 years…

If you could change one thing about the current state of the world, what would it be?

Reading comments on the Internet leads me to believe there are a​lot of unfulfilled and angry people who may need some serious mental help. I pray they get the help they need.