Actress Lisa Edelstein creates a visually impactful collection of paintings that us back in time. 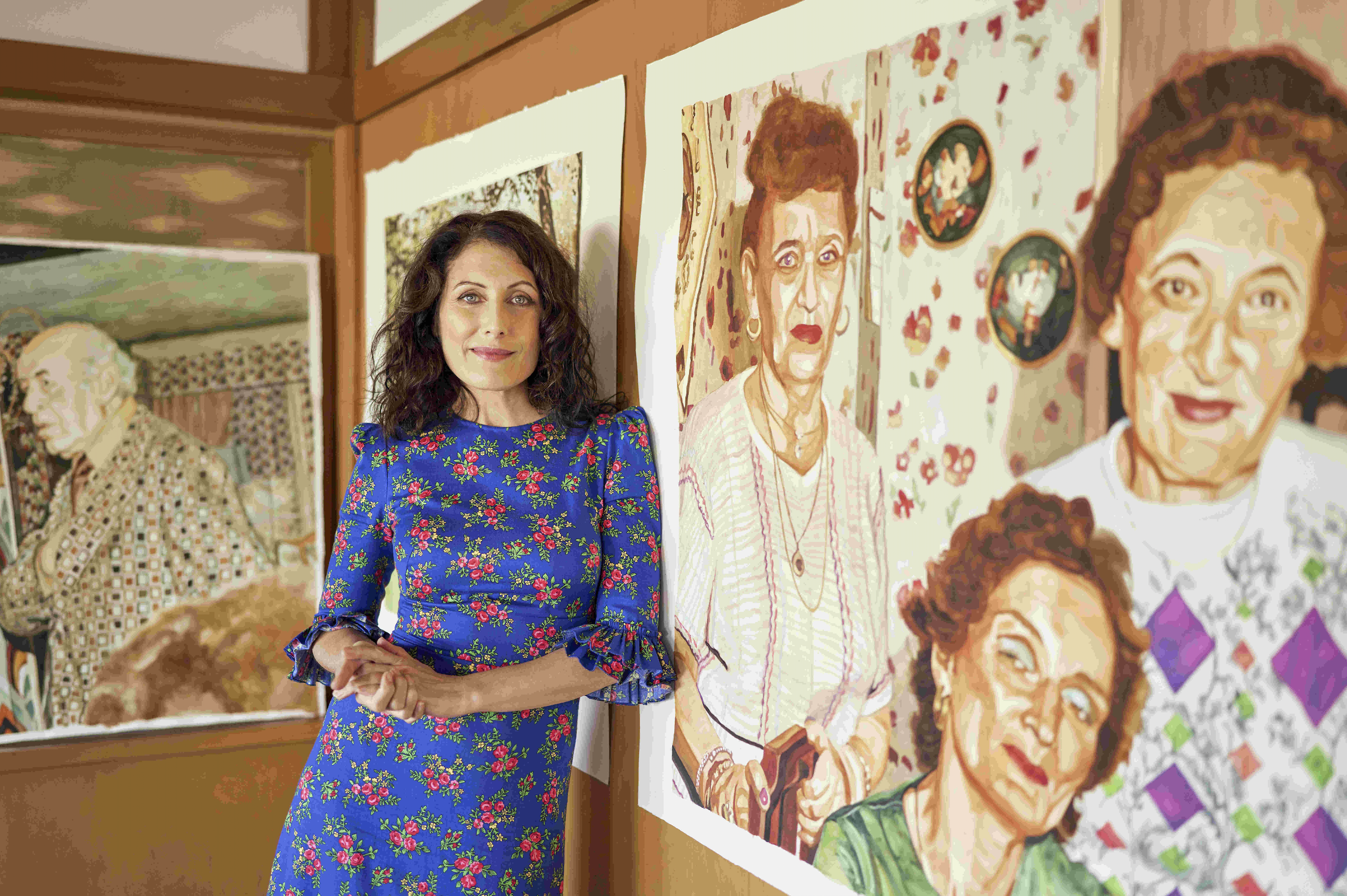 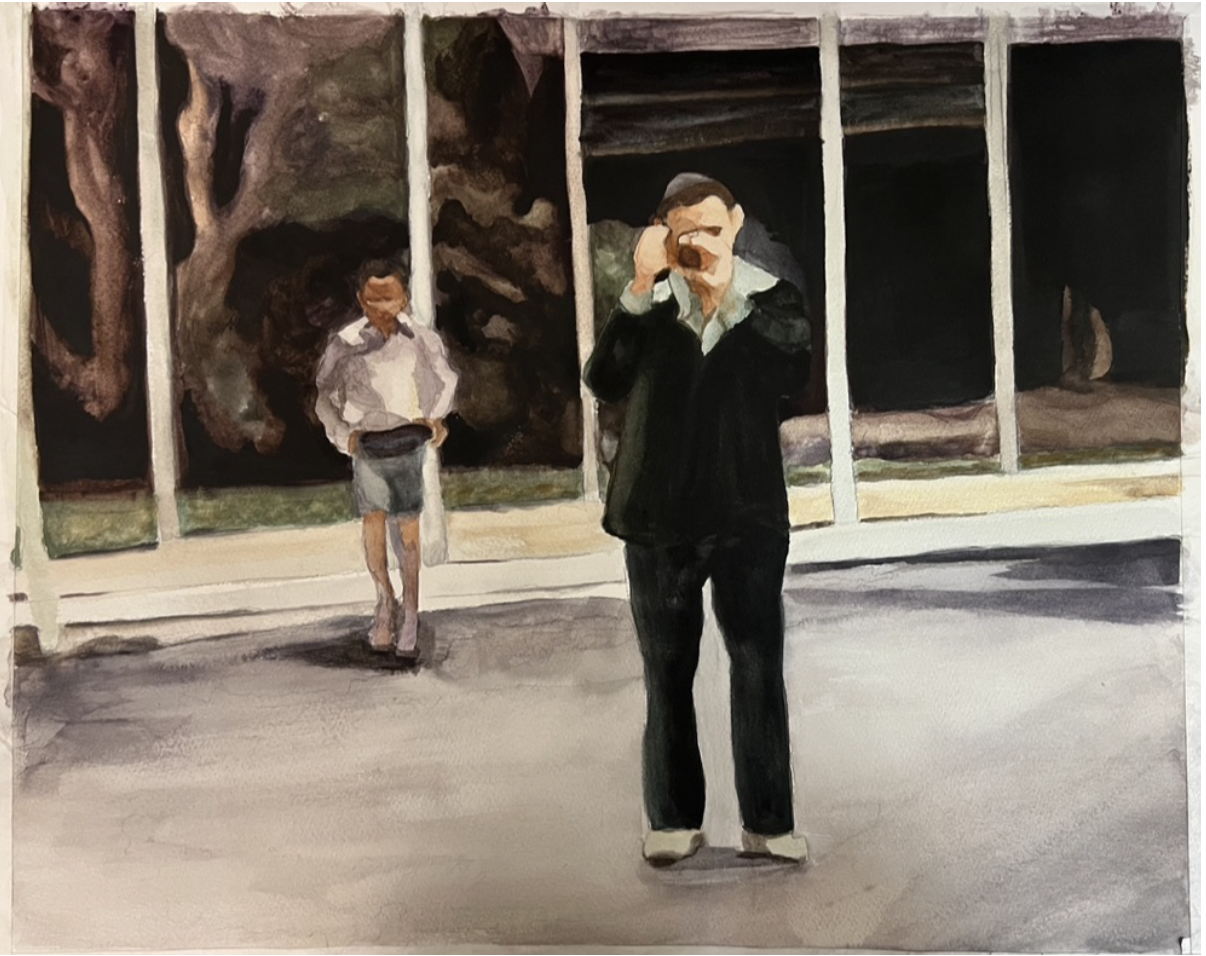 “Memory” 2022, watercolor and pencil on paper 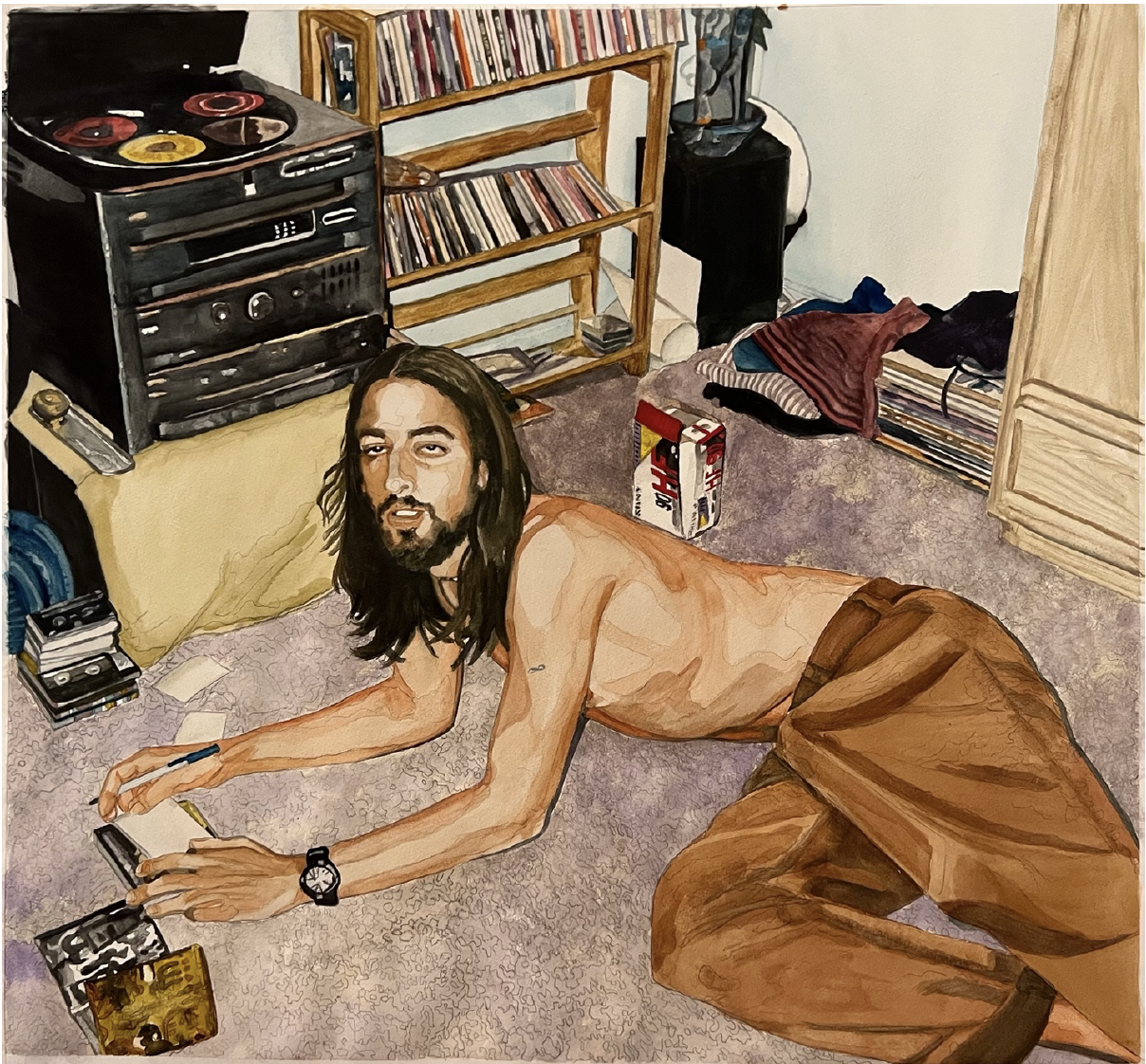 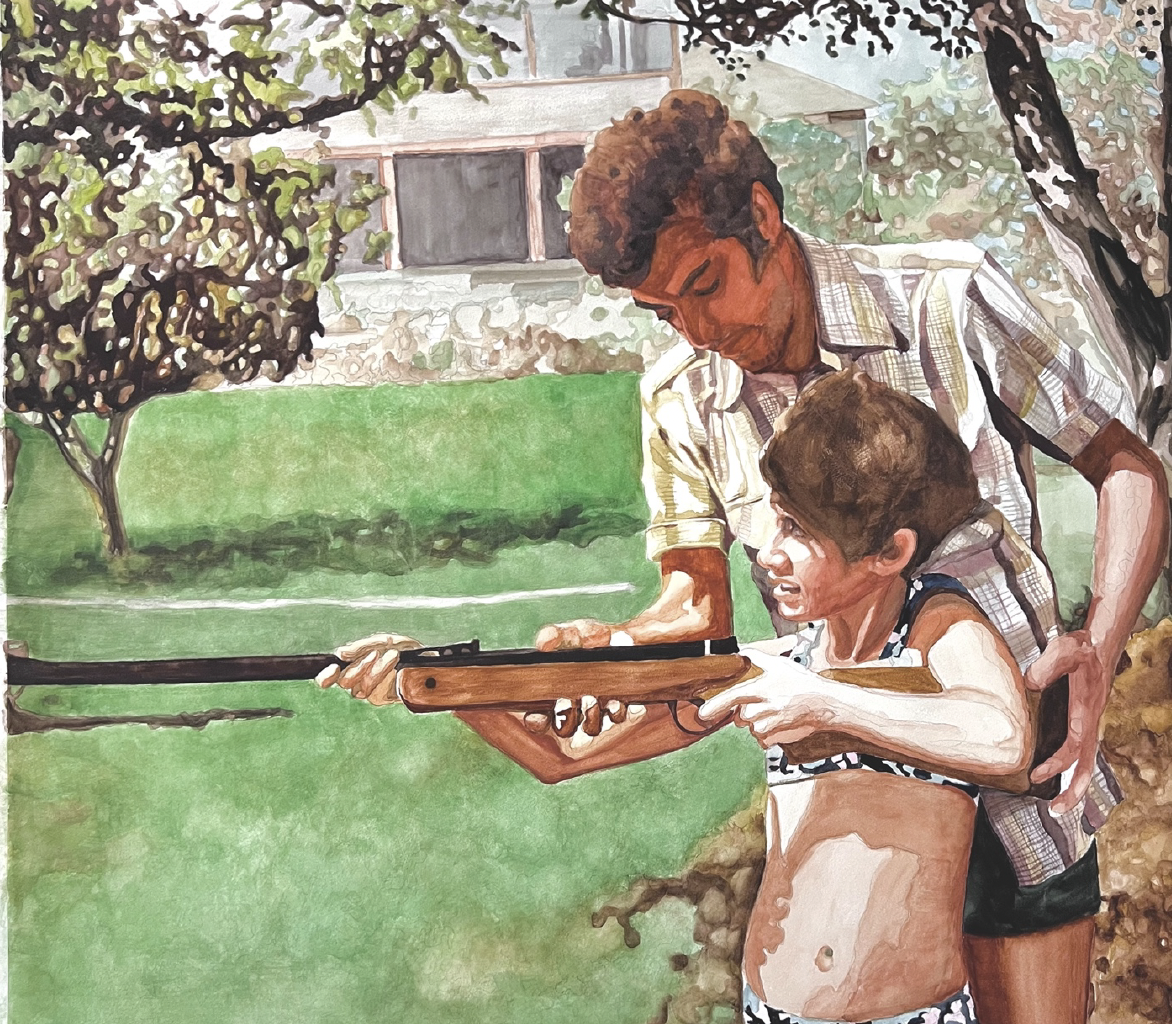 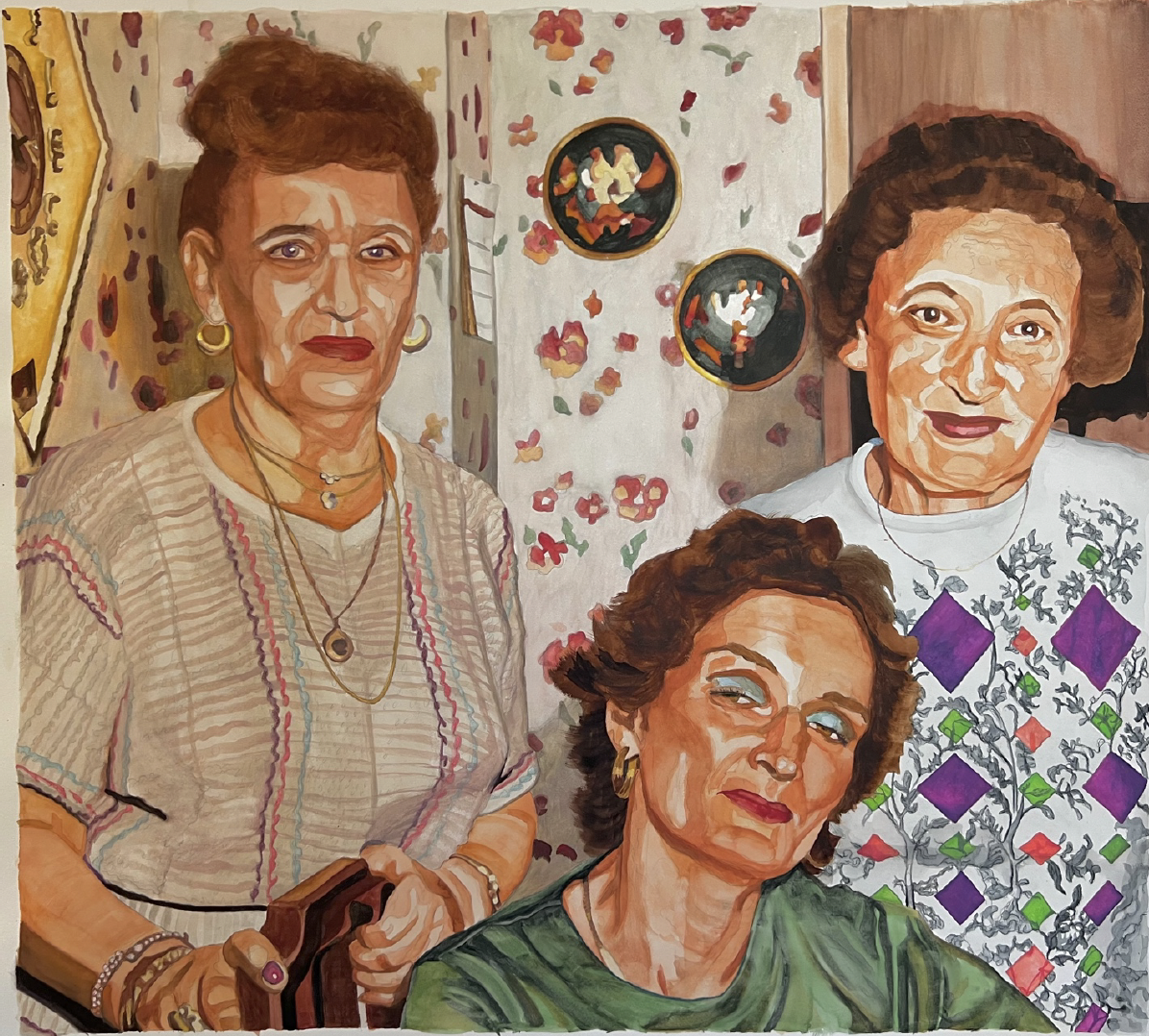 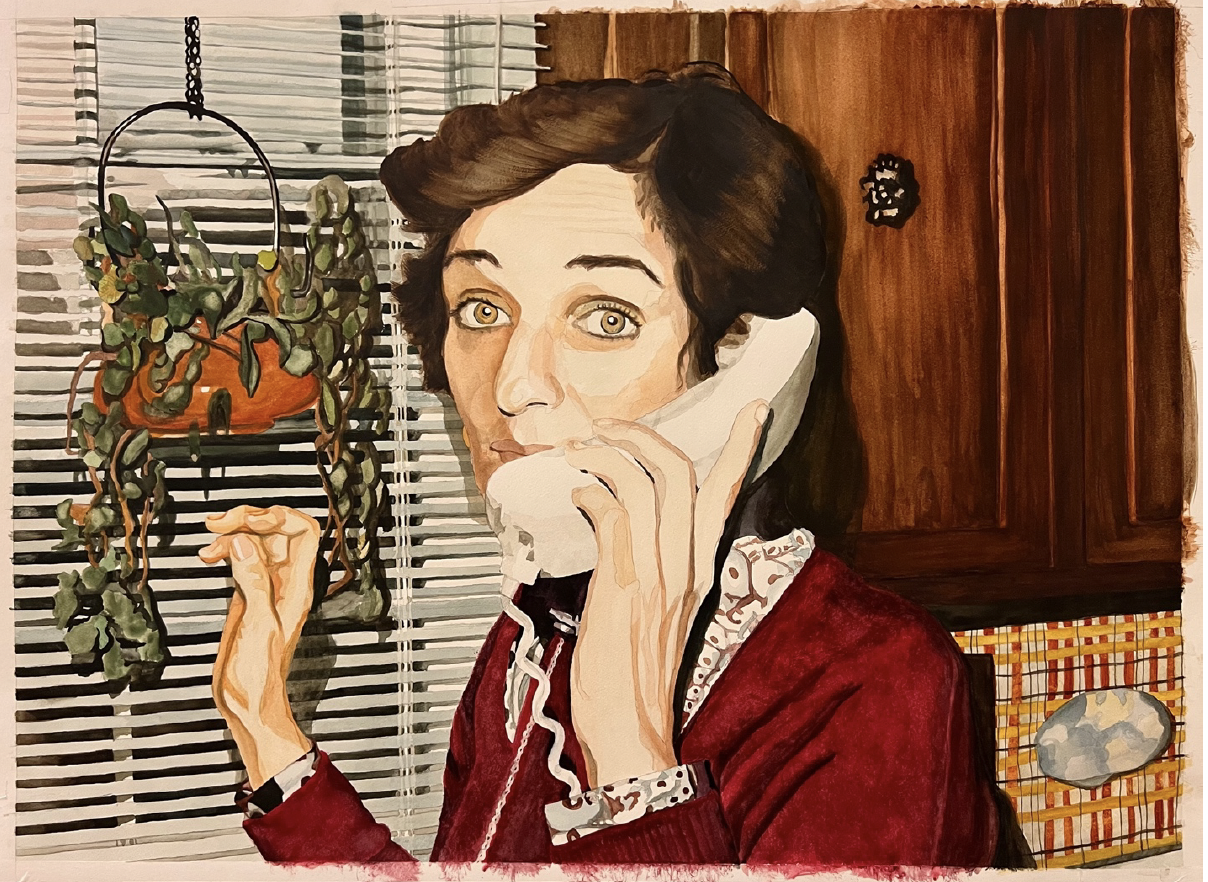 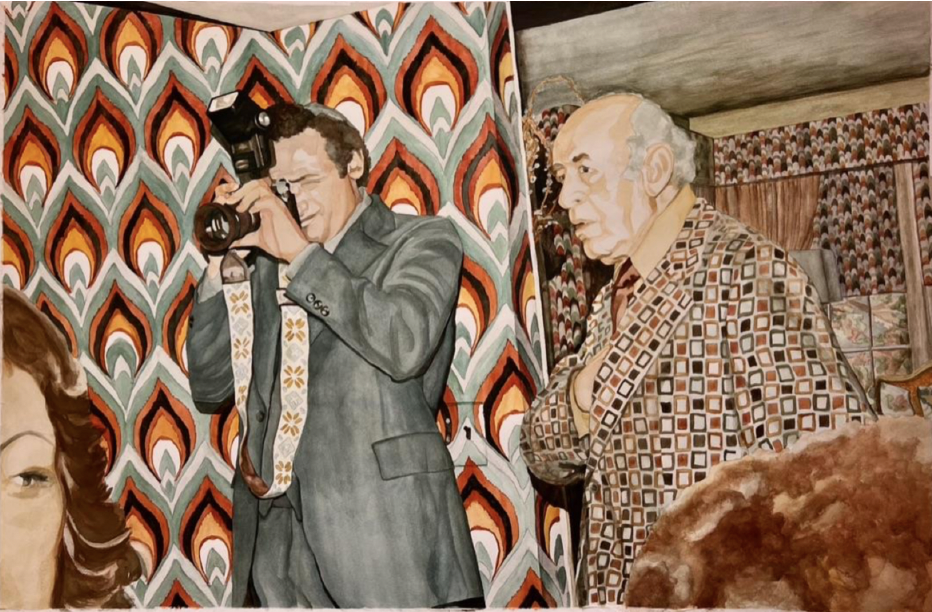 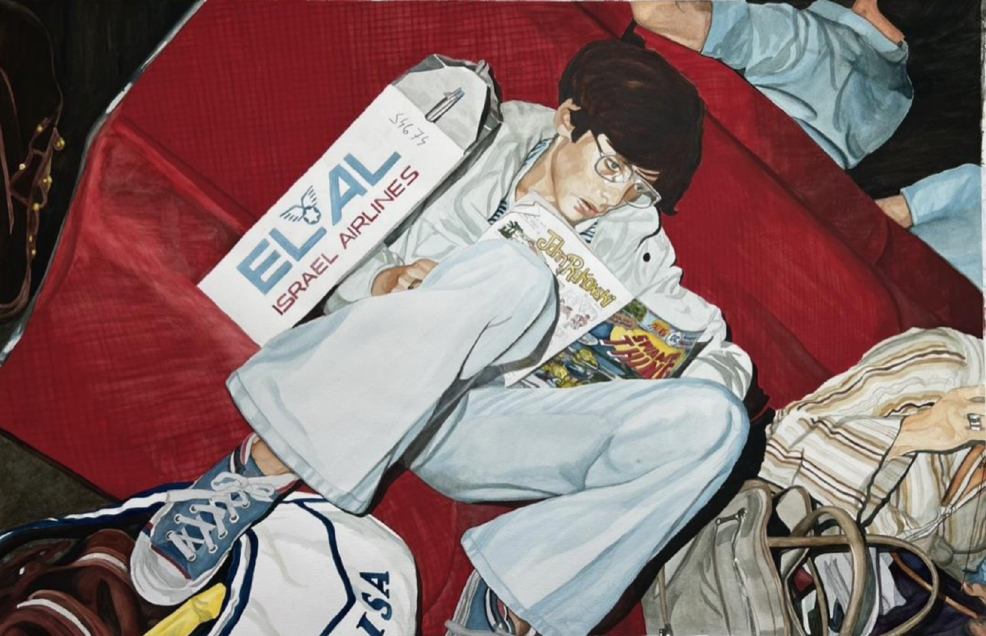 Acclaimed actress Lisa Edelstein shows yet another dimension to her amazing array of talent. Her work has depth and meaning and is visually impactful. A refreshing look at what was and how it translates to what is today.

“I started doing this about two years ago. It started during the pandemic when lockdown was in its full force. I’d done too many jigsaw puzzles and felt like my brain was wasting away. I remembered how much I always loved to draw with magic markers, so I purchased a few adult coloring books and tried to fill my time that way. But I hated all the images and coloring them in was depressing. I decided to make my own coloring book instead, using what I had on hand, old family photos. I began with computer paper and small magic marker drawings, but I wanted to do more. The images got bigger and bigger and I switched to watercolor paper because I loved the texture. But the markers kept running out of ink. I switched to refillable markers but didn’t like the way they worked. Instead, I started painting with the refill ink, mixing marker in here and there for detail and using the painted ink for the larger swathes of color. Finally, I made the leap to watercolor, which I had never tried before but which behaved similarly to the ink and gave me much more freedom. I did a few pieces with a combination of all three, then moved into painting altogether. I lay down the image in pencil first, then I paint over it. The process begins with finding the right pictures to explore. I have a massive pile of old family photos and what I discovered, looking back in time, is that we don’t really have pictures like this anymore. I love the mistakes, the odd angles and bad lighting, the caught-on-film honesty that only happened during a time in which we, as a culture, weren’t constantly camera ready. The pictures are small, sometimes blurry, sometimes damaged, so it’s like doing detective work, trying to understand what’s in the image. I try and trust the shapes I’m seeing even before I understand what they are as a whole, and in doing so I discover hidden faces or objects I had no idea I was painting”.

Lisa started her career by writing, composing, and performing her AIDS awareness musical “Positive Me” at the renowned La Mama theater in New York City. She then pursued an acting career in television and film, volleying between comedy and drama. She played a variety of culturally ground-breaking roles such as Rhonda Roth in ABCs Relativity, which featured Lisa in the first lesbian make-out scene on network TV, and law student Laurie on The West Wing, who smoked pot and unashamedly chose prostitution to pay for her degree. Lisa then spent seven seasons as Cuddy on the worldwide hit Fox medical drama “House,” followed by five seasons as Abby, the star of “Girlfriends’ Guide to Divorce,” and three seasons as Phoebe, Alan Arkin’s drug addict daughter on “The Kominsky Method.” During this time, she started directing – both on TV and her own projects (short films Unzipping, Lulu) as well as writing, selling both a pilot and a feature she is attached to direct. Next on the acting horizon is Fremantle’s limited series “Little Bird” as well as the short film projects “Swipe NYC” and “Shadow Brother” with Alden Ehrenreich. Entirely self-taught, Lisa developed an art practice during the pandemic. Her exhibition at SFA Advisory in New York marks her first-ever solo presentation.

To find out more about Lisa follow her at @lisaedelstein

Let’s hear it for the Boys

Matt Bomer shines in the film revival of the late Playwright Mart Crowley's groundbreaking play, The Boys in the Band.