The co-founder of International Cosmetics & Perfumes—the exclusive North American marketer and distributer of fragrances from the House of Creed—explains why mass marketing is the antithesis of his boutique firm’s strategy for success. 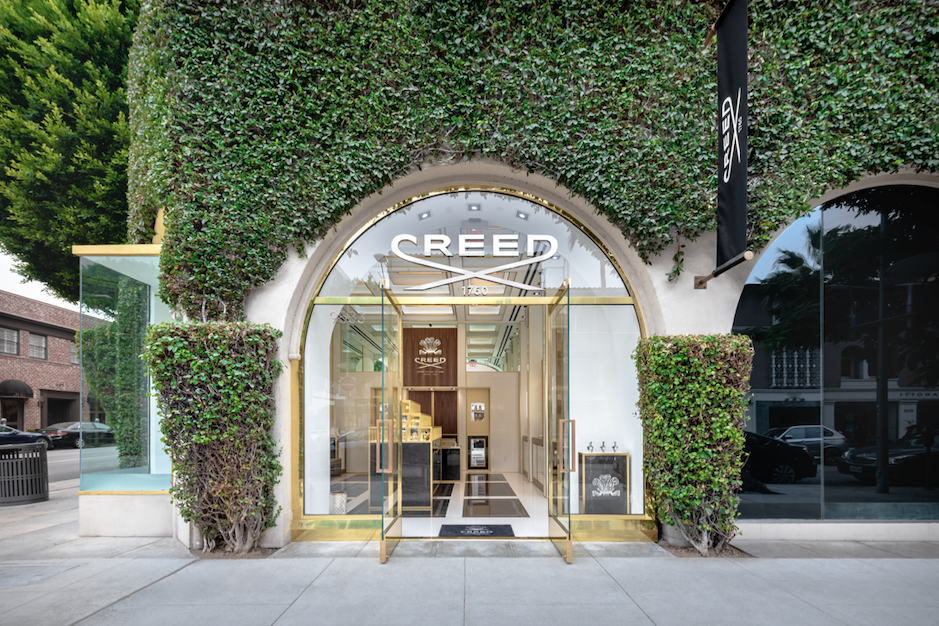 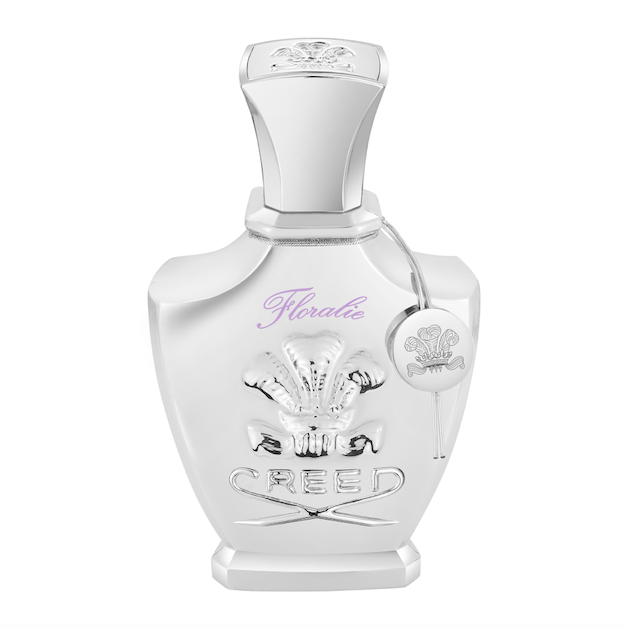 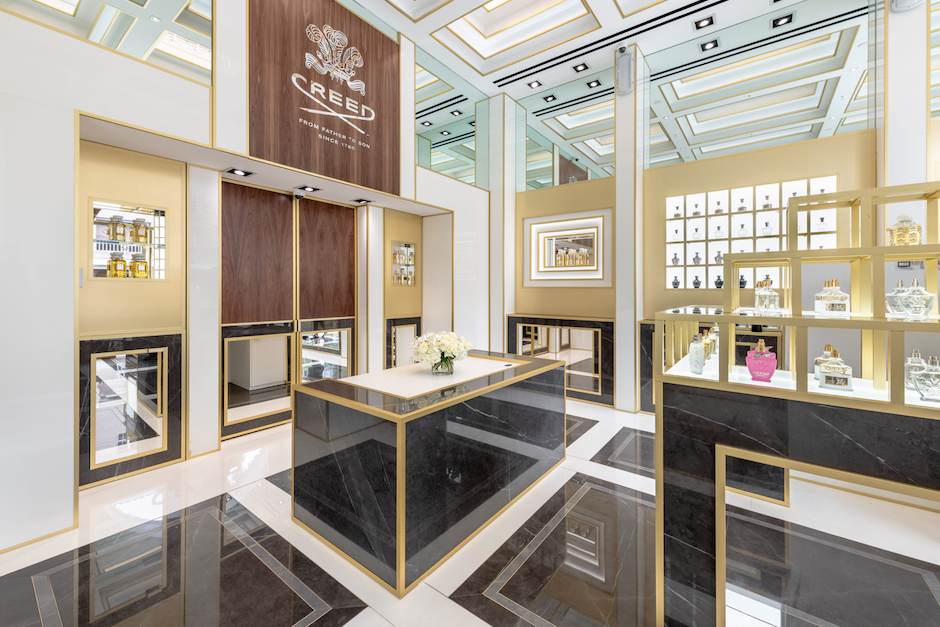 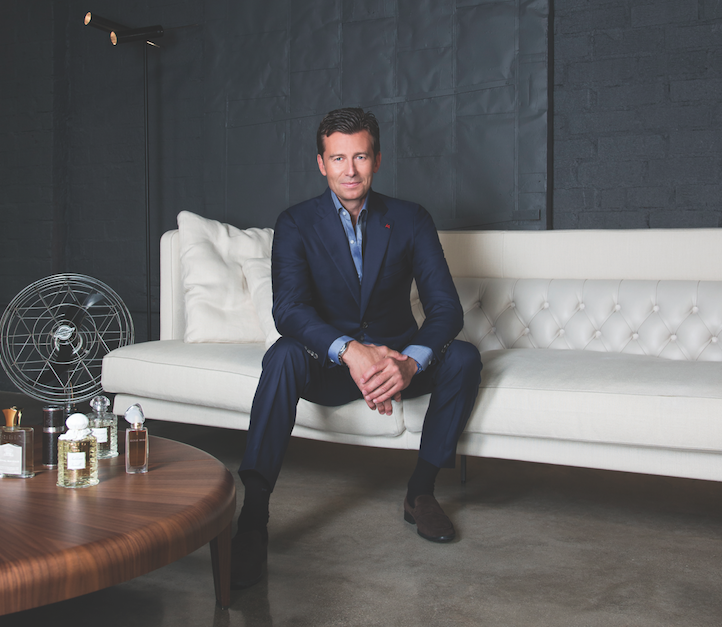 One of the 100 oldest family-owned businesses (and one of two remaining privately held luxury fragrance companies) in the world, the Paris-based House of Creed began its legacy of elegance in 1760, when James Creed handcrafted the first custom Creed fragrance, Royal English Leather, for King George III and his court. Ever since then, the house has served a most illustrious clientele, including royals, politicos, movie stars, artists and captains of industry.

Sixth-generation master perfumer Olivier Creed and perfumer Erwin Creed (Olivier’s son, who will take the reins when his father steps down) follow in the footsteps of their forebears. When creating a fragrance, Olivier takes his cues from a moment in time and often links his work to a particular destination. He travels the world in search of special ingredients with which to create his aromatic works of art. With exclusivity at heart, Creed scents are launched when ready, and not by demands of a typical fragrance calendar.

Driven only by fine craftsmanship and art, the brand is presenting its newest scent, Floralie, in celebration of its longtime partnership with Neiman Marcus. The addictive, fresh floral scent pays tribute to the original Neiman Marcus ritual of decorating its floors with lush flowers. A bouquet of top notes—Bulgarian rose, tuberose, lilac and marigold—complement a lavish heart of amber, lily of the valley, cedarwood and seductive base of amber, cedarwood and musk rose.

Creed’s new scent isn’t the only thing the brand is celebrating right now. Its fourth freestanding U.S. boutique in Beverly Hills has made its highly anticipated debut, adding to existing shops in New York, Las Vegas and Miami.

By focusing on superior customer service, developing strategic partnerships with retailers and limiting the amount of available product, International Cosmetics & Perfumes (ICP)—a leader in the luxury fragrance space and the exclusive North American marketer and distributor of Creed—continues to elevate the brand. Here, we chat with Los Angeles-based businessman Emmanuel Saujet, the charming French-born co-founder and CEO of ICP, about the past, present and future of the House of Creed.

When and how did you start ICP?

While I was in the MBA program at the NYU Stern School of Business, I started the company with my brother Thomas and my father—almost 20 years ago—with a brand that we acquired called Hanae Mori, a very prominent fashion designer from Japan. We referred to her as a Chanel of Asia, an absolute icon. She won the Neiman Marcus award in 1973, and was very active in fashion all the way up to the mid ’80s. Today, we retain the license for Hanae Mori. The work that we did in North America and worldwide with this brand allowed us to acquire the North American distribution for Creed in 2004. This was a huge acquisition for our company back then. It propelled us into a whole new level of luxury. Hanae Mori was like a mid-level luxury. Creed was a relative unknown brand at the time, except among the very exclusive. Fourteen years ago, we made the brand what it is now—essentially the most renowned, most prestigious luxury fragrance brand in North America.

How did you first get connected with Creed?

Thomas and I first connected with them in 2003 when they were looking for new partners in North America. They increased our business size and got us thinking about how we were going to market this type of fragrance going forward. What we do is unconventional. We don’t do national advertising. We’re very careful with our social media platform. We pride ourselves on being nimble, reactive and understanding of the marketplace, never copying someone else’s package and in delivering a product beyond our clientele’s expectation. In our retailers we focus on one thing: the customer service experience.

The brand wasn’t built up until the mid-1970s. Before then, it wasn’t available to anyone but those who asked for a custom fragrance to be made by Olivier, his father, his grandfather or his great-great-grandfather. Fragrances were commissioned by princes, kings, aristocrats, famous people, prime ministers and so forth. Lots of these original fragrances we still produce and sell today. But in the ’70s, the House of Creed started to market their products. Here we are, almost 50 years later with a wonderful base of retailers worldwide, a ranking that is often No. 1, and a story that is very different.

Both Creed and ICP are privately held. What are some of the advantages of that?

As mentioned, I founded ICP with my brother and my father 21 years ago, and the House of Creed has been a family business for six generations. We speak the same language. There are no investors, there’s no public company or shareholders that we need to worry about. There’s no one to block you from spending, so your level of creativity is exponentially more. Creed creates, and we market. We market the way we want to and can move very quickly into a market or a concept.

What is it like to build and run a company with your brother?

We are both super passionate about the business. But, we have different roles. Thomas spends an extreme amount of time overseeing our stores. It’s a huge commitment on his behalf, to travel North America almost every week. He makes sure that our platforms are being executed well. I oversee finance and the social media platform. I work with HR and spend a lot of time on that end. And we both spend time with the Creed family to maintain the relationship.

How many fragrances does Creed have today? What’s the shelf life like?

We have about 56 different fragrances. We’re able to launch at least one product per year. And it’s often a product that surpasses the launch of the previous year. Every product that we’ve launched in the last 15 years has been a win, and they’re still on the shelf.

Creed fragrances are not tied to seasons. What propels each launch?

They are really not tied to anything except the fact that all of them have a common thread, which is the heritage of the House of Creed, which goes back more than 250 years.And that makes it very unique. We fulfill our requirements of luxury and heritage by filling every bottle by hand. Our master perfumer, Olivier Creed, and his son spend at least 40 percent of their time traveling the world and finding the most exotic, interesting and luxurious scents. Before Olivier, it was his father. And before that, it was his grandfather. This is six generations of master perfumers. There is no one today that can claim having such a lineage where the trades and the information on how to make a fragrance is passed down from father to son six times over.

Why do you purposely limit the number of retailers that carry the brand?

We are currently in North America with Holt Renfrew, our Canadian partner, and in the United States, we have a full distribution with Neiman Marcus and Bergdorf Goodman stores. We have very selective distribution with Bloomingdale’s, Nordstrom and Saks Fifth Avenue. The idea is to have one point of sale in a major city. So, for example, if you go to San Francisco, the only time you can find Creed is at Neiman’s. Even very big players often will find themselves in at least four or five points of sale in a given city. We have less than 120 points of sale in North America. I would say that our immediate competitors are already in 800 or 900 points of sale in North America. Luxury has been very diluted in the last decade. For us, luxury partly means that you can’t find it in a lot of places, something we thrive on keeping going.

How do you define luxury?

A significant number of brands claim to be luxury. But great commercial success is often the endgame. For us, success isn’t about commercial success. Being in luxury means that you have to have an outlook that leads to a long lifecycle. A long lifecycle in fragrance is very rare. You have Chanel, you have iconic fragrances like Opium or Issey Miyake that will always be around. But we’re talking a handful, and Creed is one of them. We have worked very hard to do things differently because there is more luxury in rarity.

How has the opening of the Beverly Hills boutique been received?

It has been super exciting. We are building networks with the local clientele. While we’ve been in Neiman’s for more than a decade and our customers know our brand, a free- standing store gives them the time to discover the brand in a much deeper way than in a department store. We have an environment where you feel like you’re at home in our boutique. The idea there is to go through a consultation where our expert will analyze your passion and your lifestyle, and recommend a product best suited for you.

We have always been looking at the West Coast. We found an opportunity on the corner of Canon Drive and Brighton Way, which made a lot of sense, being very close to Rodeo Drive. Being off of Rodeo Drive has its own cache because it’s not so much the tourists and the big crowds; it’s more personal. It’s an old building, so again, going back to our old roots. It has ivy on the outside; is very welcoming, very light; and epitomizes our style.

You also recently launched a special new fragrance, Floralie. Tell us about it.

That fragrance was made for Neiman Marcus. The first 1,907 units will be numbered because 1907 was the year Neiman Marcus was founded. It is a fragrance that you will only find at Creed boutiques and Neiman Marcus. It’s quite spectacular to have such a partnership with a leading retailer.

How are you attracting new customers?

The greatest use of our energy and our money is at the point of sale with training and education. We have high expectations when it comes to customer service and relationships. When we started our business, we were in stores five days per week. We learned how to really connect with sales associates, general managers and department managers. We focused on that, and now we have wonderful relationships with the people selling our products. They understand our passion. We’re in this for our own passion rather than the revenue.

What are your favorite fragrances?

If I’m going to a high-end social event, I’ll put on a Creed fragrance that no one will know, like Neroli Sauvage. It’s an oldie. It’s really soft yet very distinct. If I feel a bit down and I want something that’s going to kind of kick me, I’ll go for Viking. I spend a lot of time in Spain and Ibiza, so when traveling, I’ll take a fun fragrance, like Original Vetiver or Virgin Island Water.

What do you like to smell on your wife?

Fleurissimo is really beautiful. It’s a fragrance that was created in 1956 in honor of Grace Kelly. Love in White is also spectacular. If you like a punchier, heavier fragrance, we have Les Royales Exclusives.

So what’s next for Creed?

There is a very exciting fragrance coming up next year. We’re not driven to come out with product several times per year. Sometimes we’ll skip a year. Newness is not what our brand is. It is heritage that drives the business, yet we are very forward-thinking as we maintain our deep roots. That is a really good place to be, because at any point in time you can choose between using the past or using the future to make a true connection with time.

An Interval of Creation