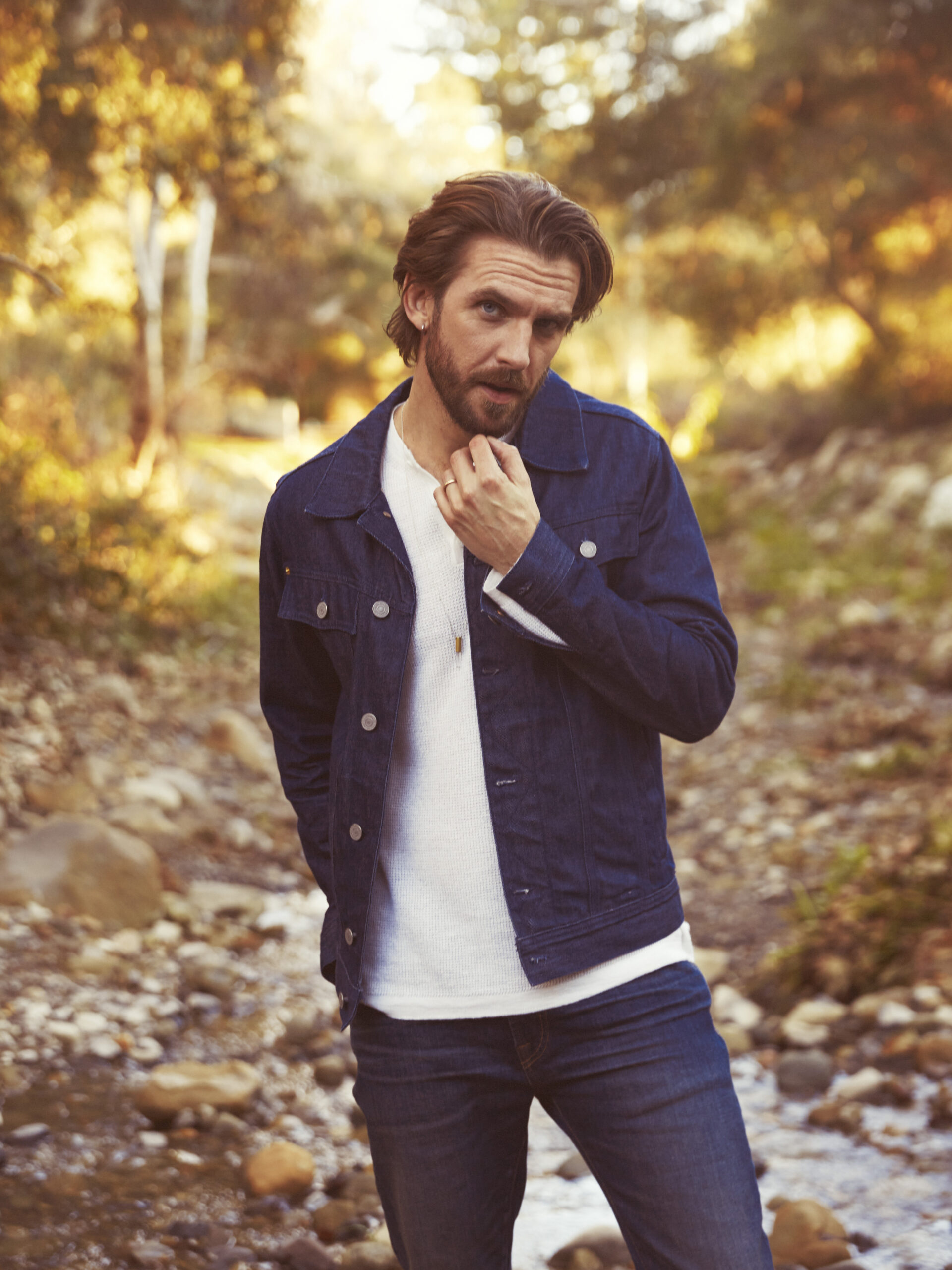 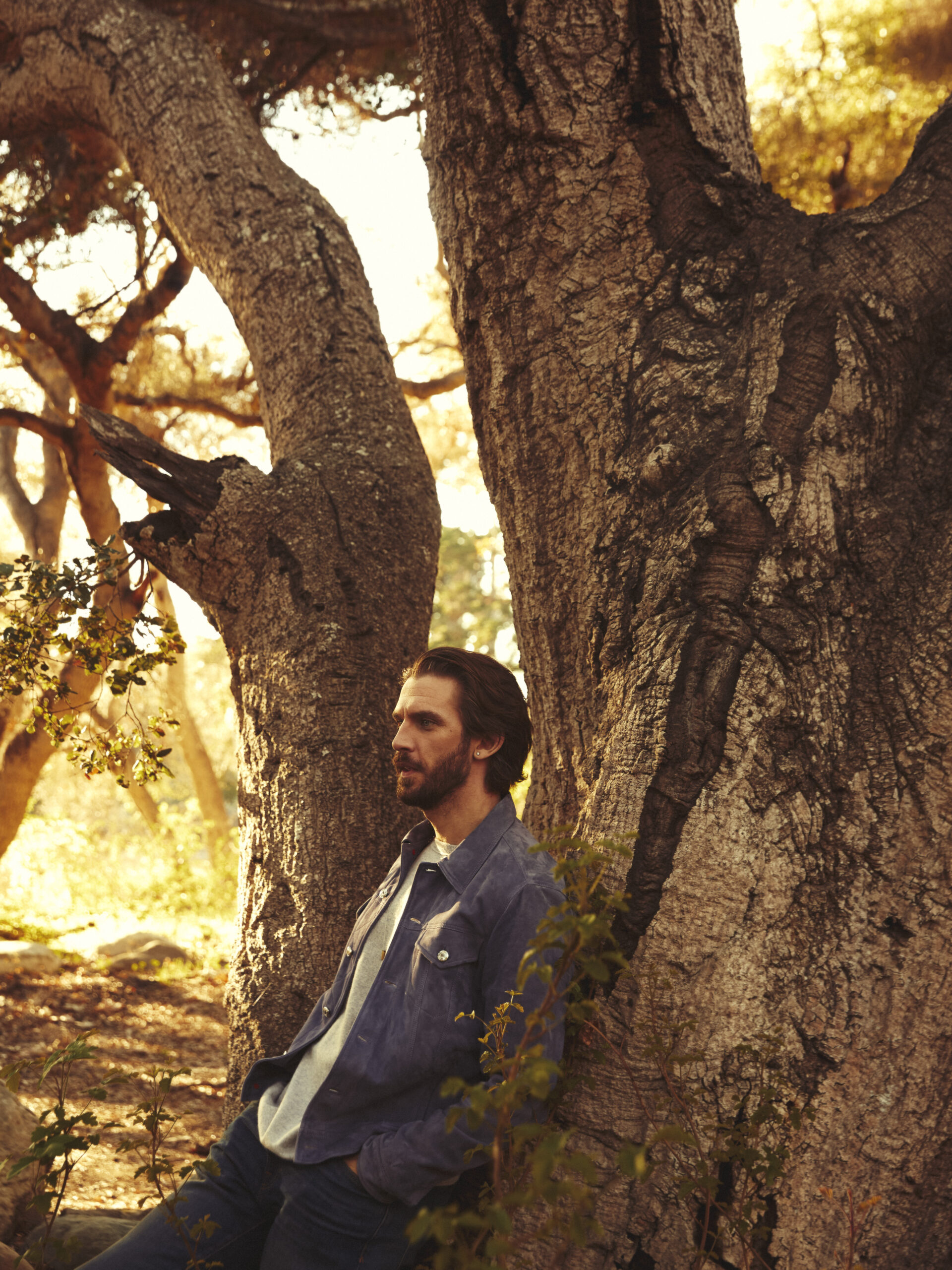 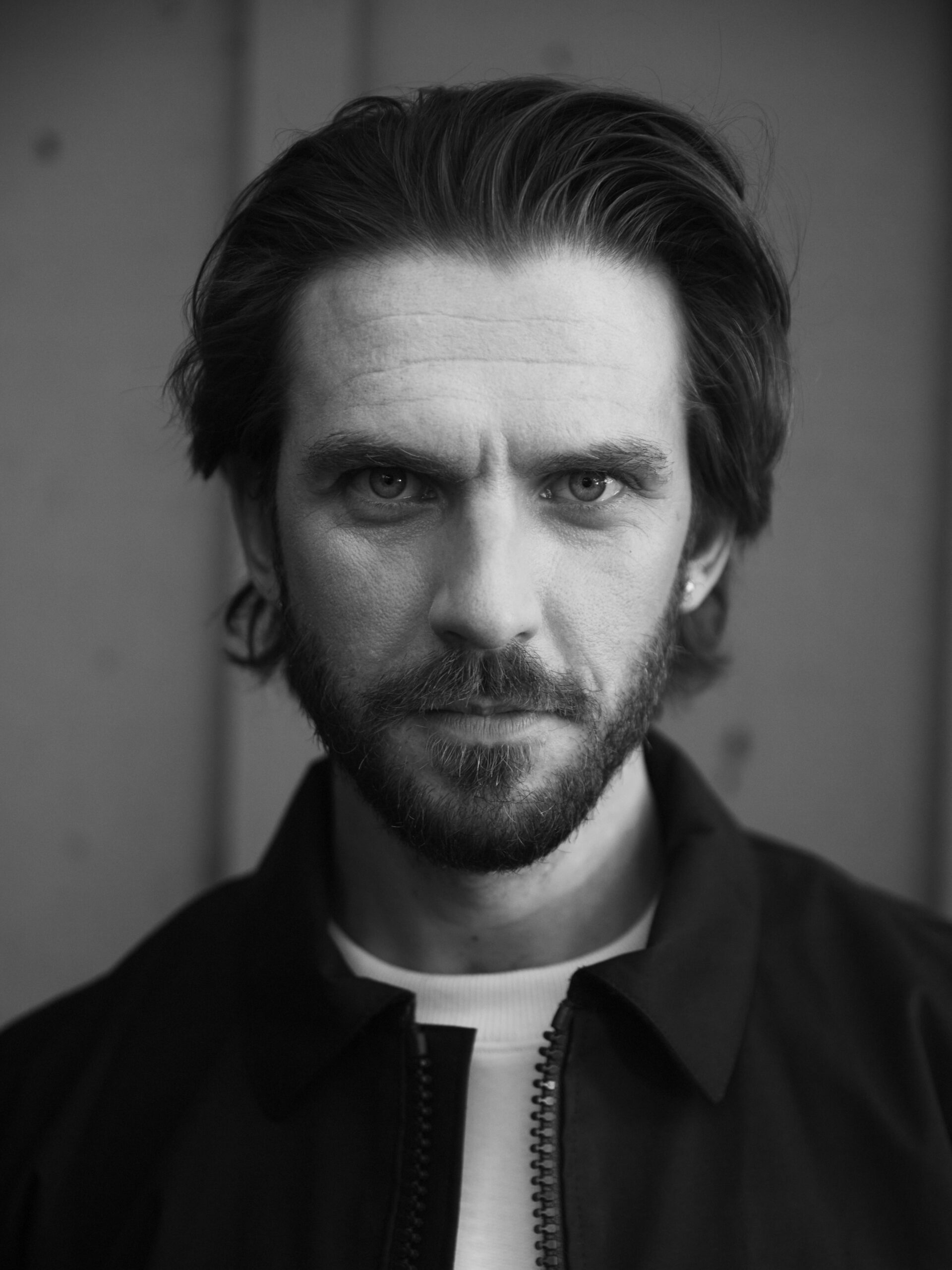 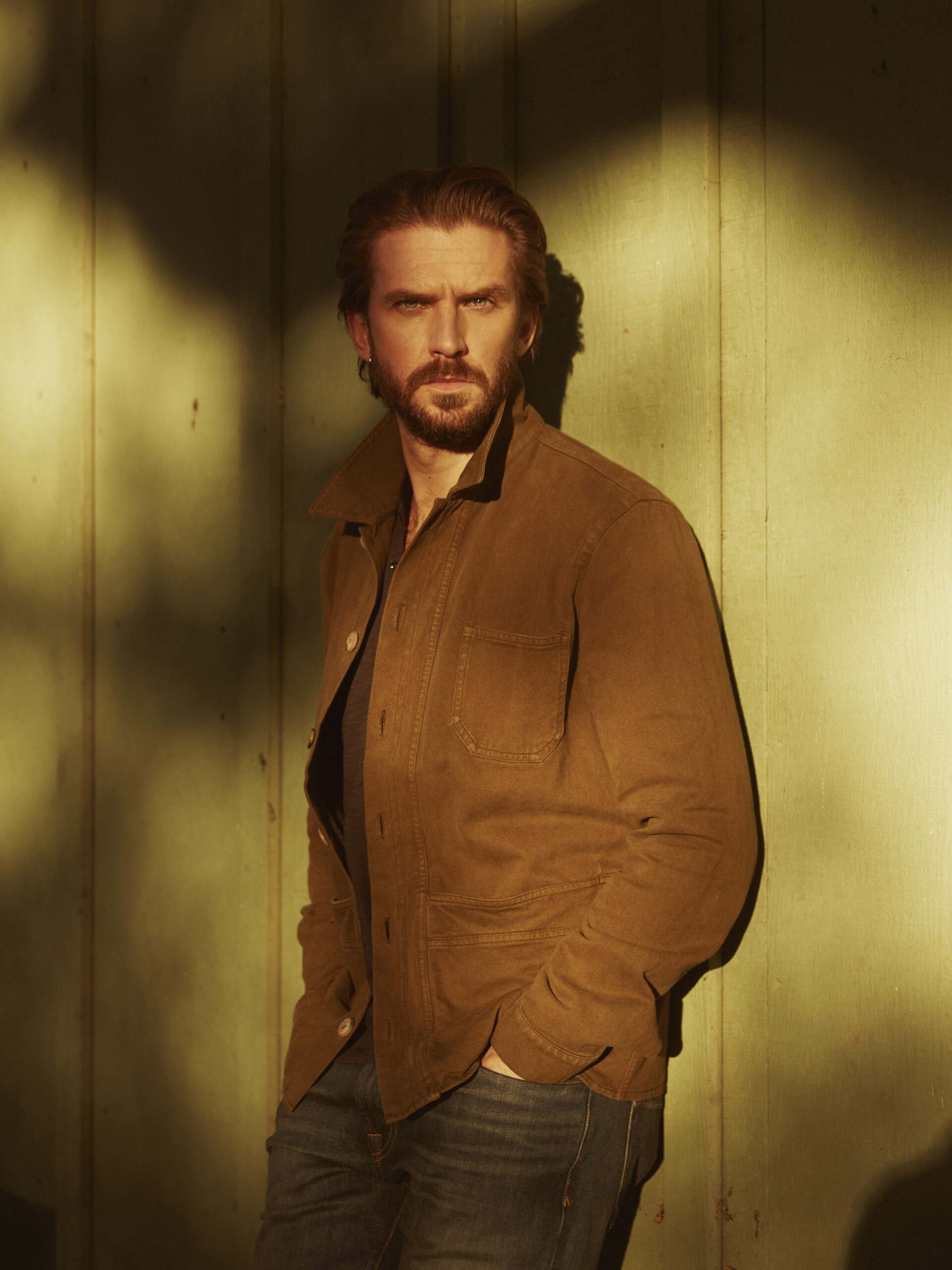 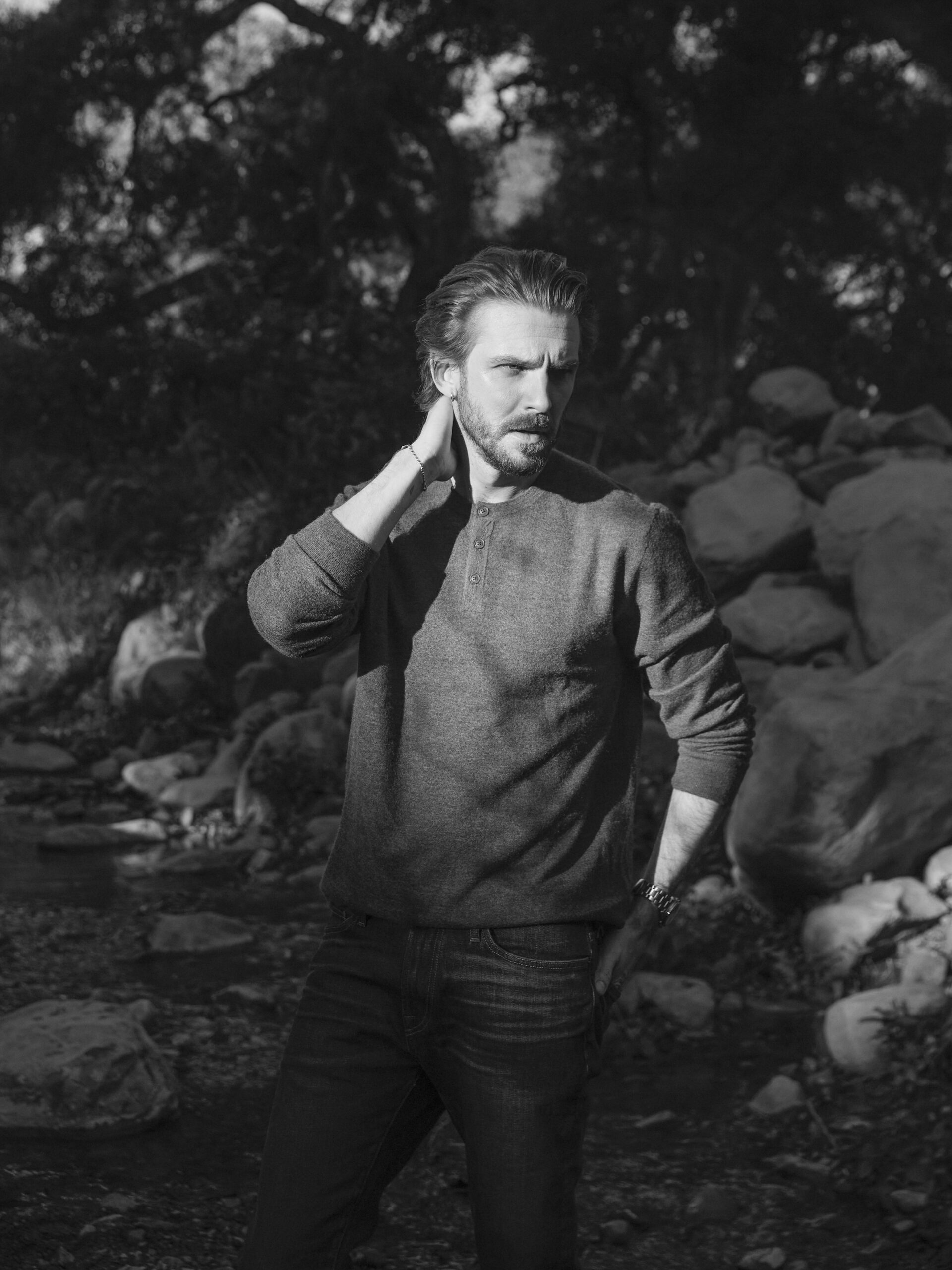 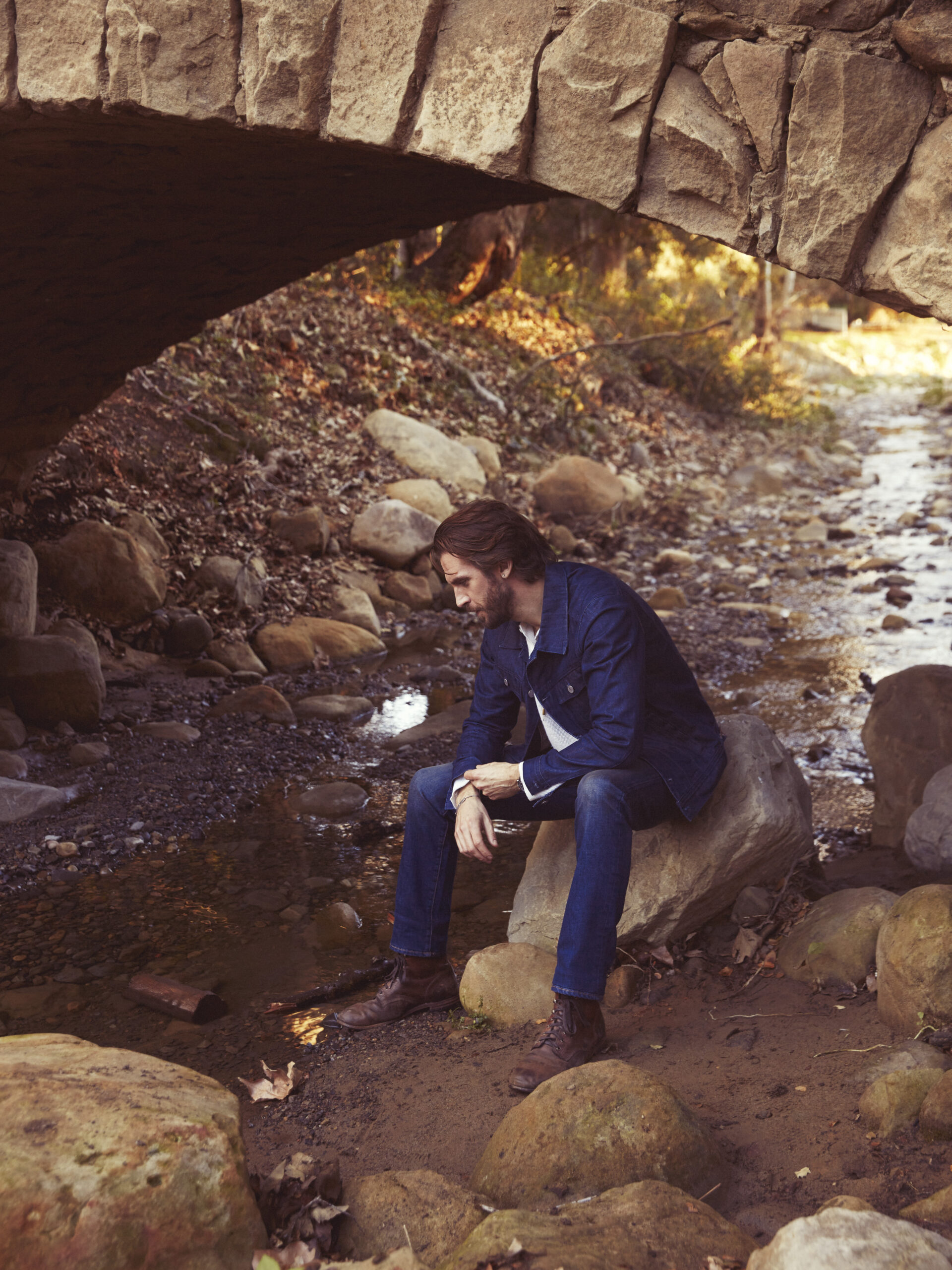 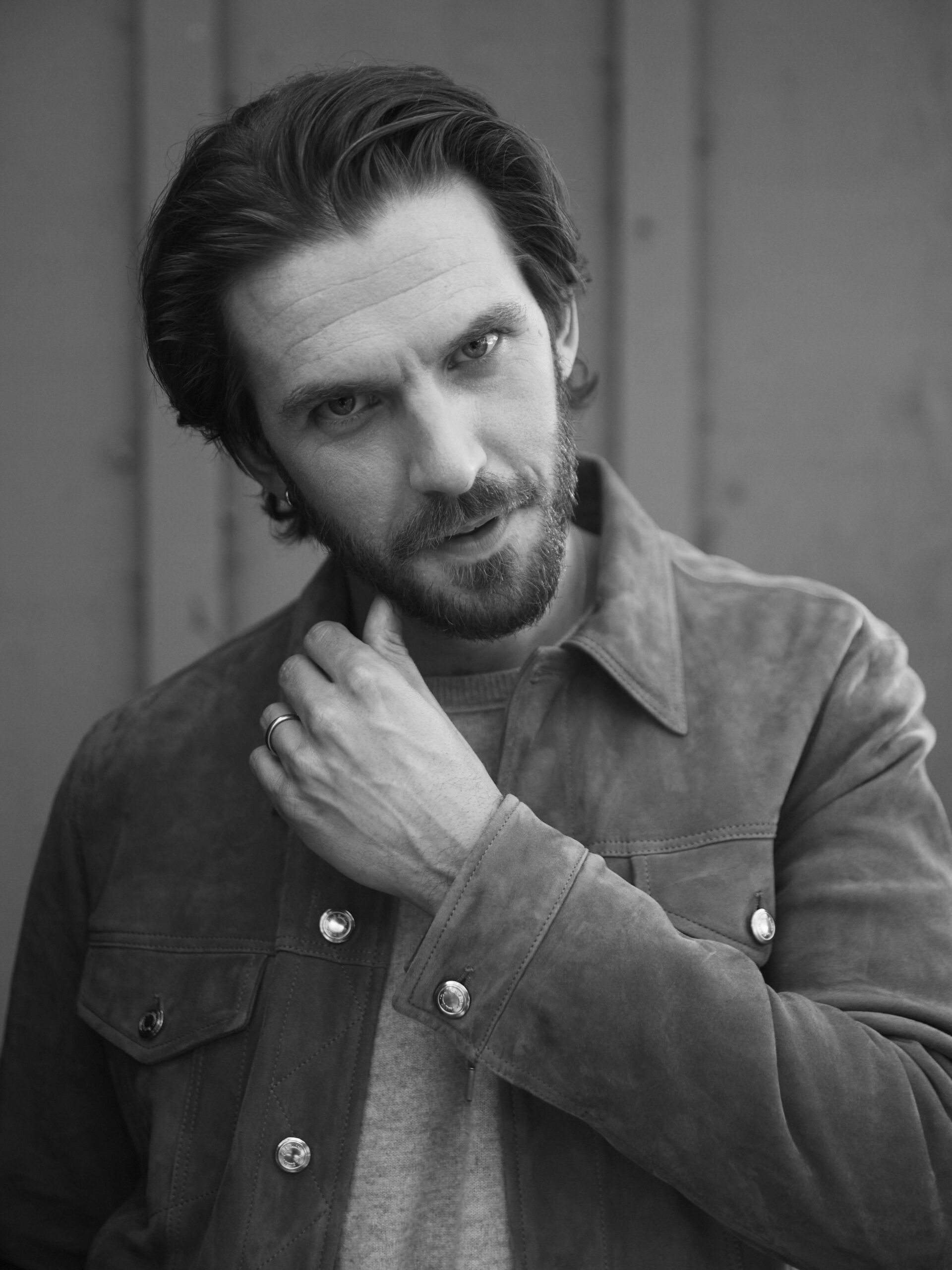 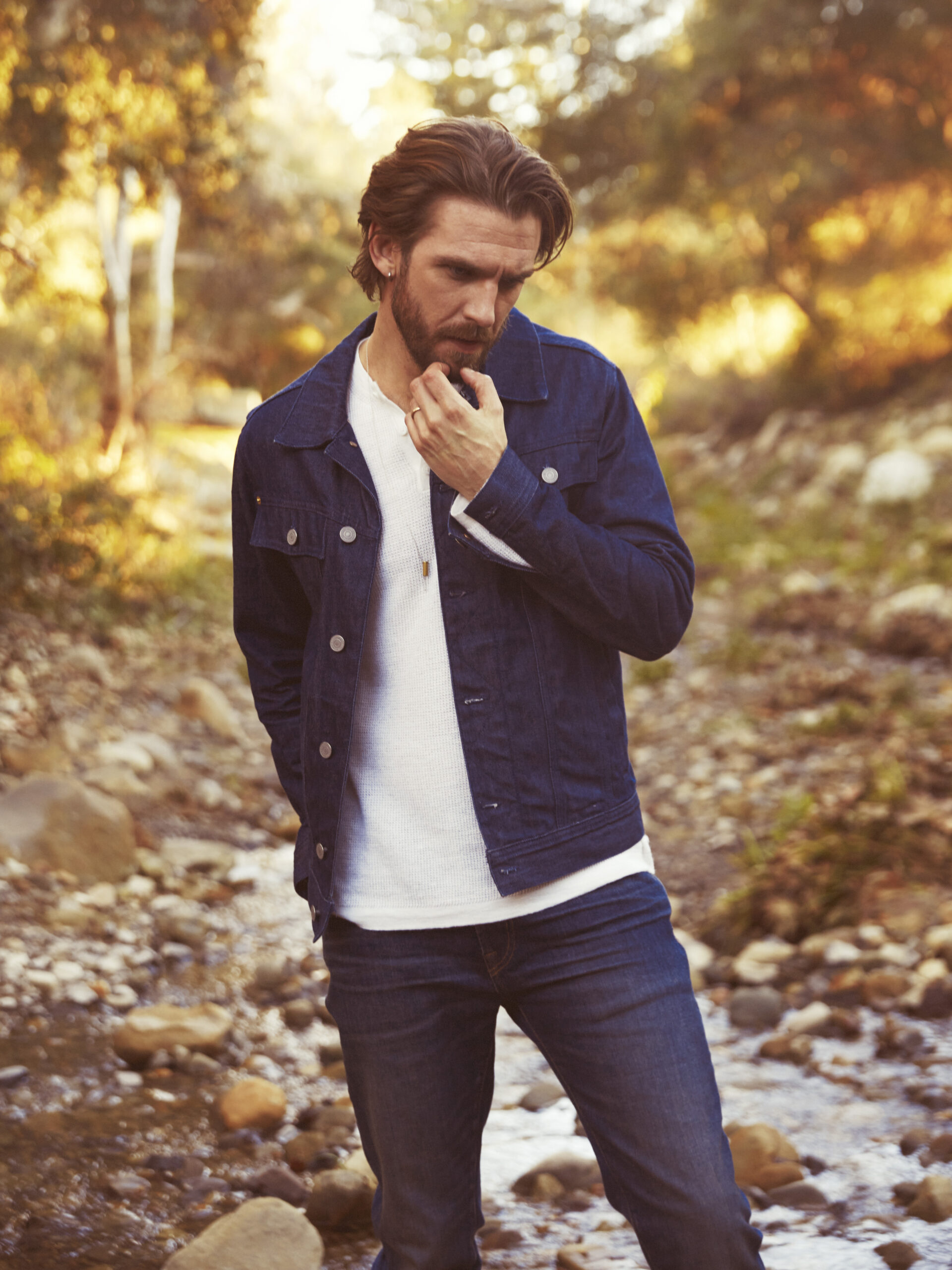 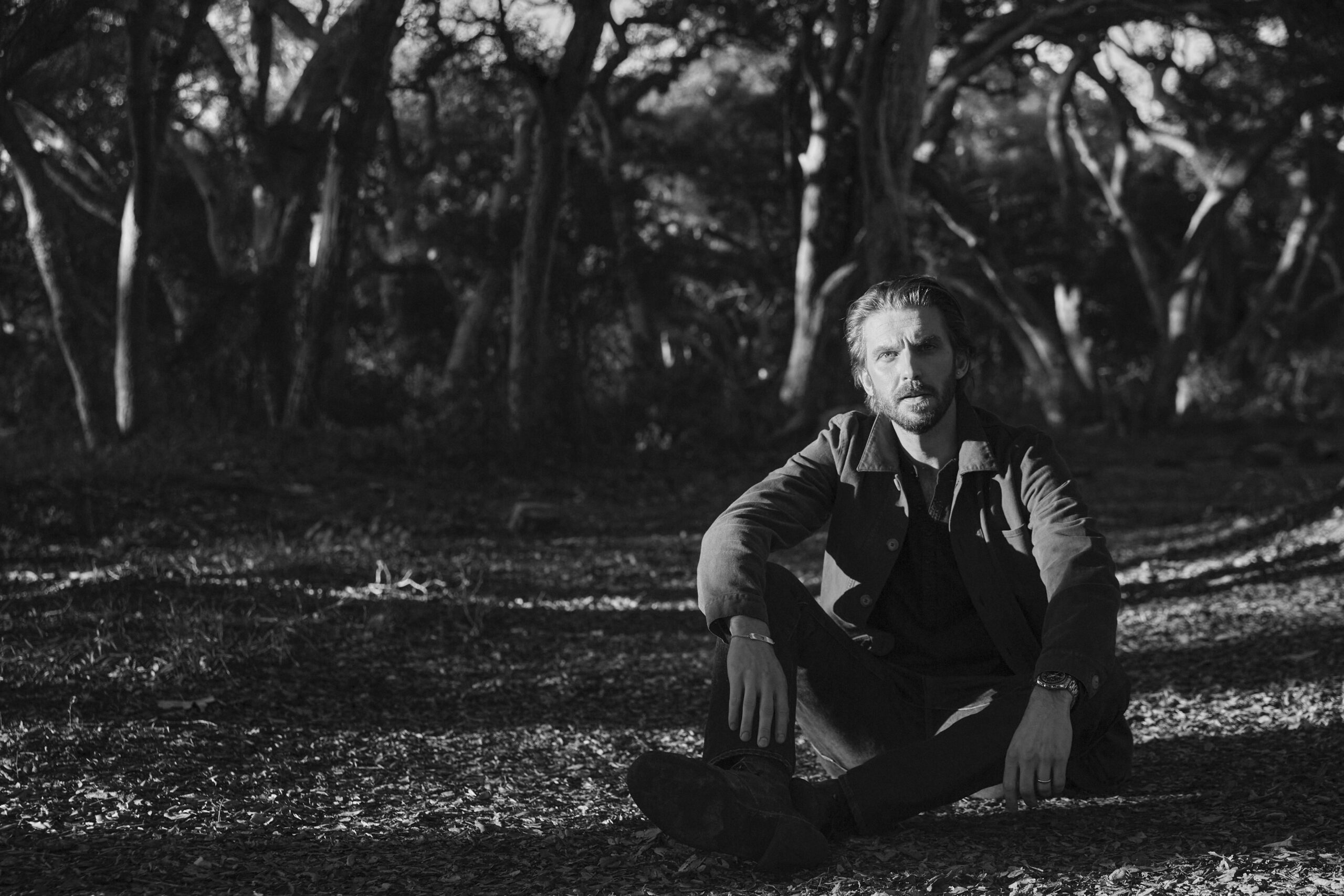 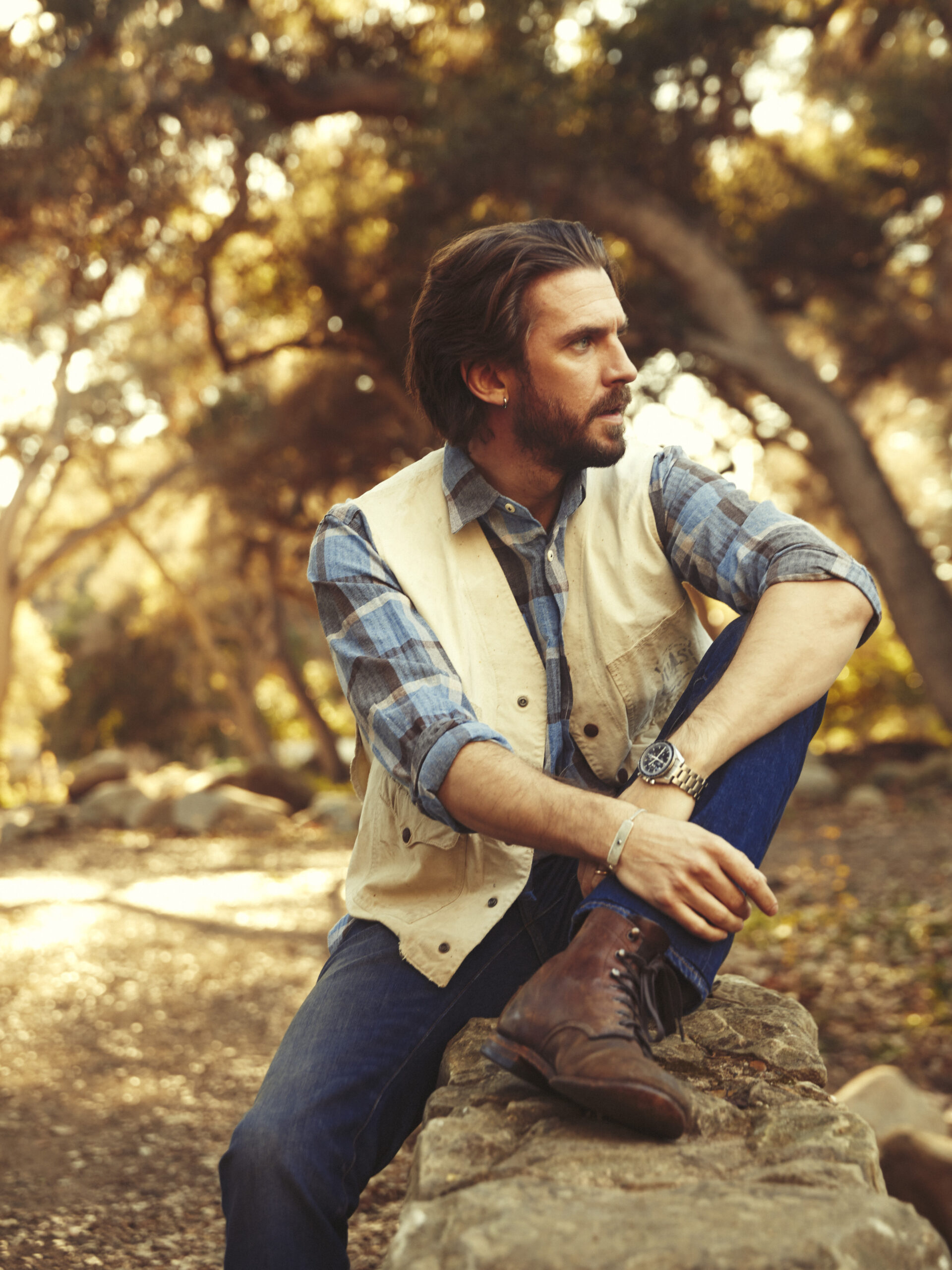 Styling by} Michael Fischer for The Wall Group

Q:  You have played such a range in characters. From a proper English aristocrat in Downton Abbey to a sexy American bad ass in The Guest and now back to being an English gentleman in Blithe Spirit. Do you always find yourself always going back to playing that fine English chap?

A:  I suppose, being English, it’s inevitable that a fair share of English roles will come my way, but typecasting only results from saying yes to one kind of role too much. I hope to always return to those roles, but not too often!

Q:  I have to say you were amazing in The Guest and have developed quite the cult following. Why do you think that movie resonated so well with people?

A:  There is something about the bar scene, confronting the bullies, and also the scene with the principal, that resonates with so many people. I think a lot of people have fantasized about such scenarios. There are also tonal touchstones with that film that are at once both nostalgic and fresh that I feel like a lot of people enjoy.

Q:  In your latest film, Blithe Spirit, you get to work with the legendary Judi Dench, how was that experience?

Q:  You are so good at these period pieces; do you ever think you may have been born in the wrong era?

A:  It’s easy to think so but I’m happy I was born when I was and that I constantly get to play across space and time.

Q:  Has there ever been a role you passed on and later had regrets?

A:  If I’ve ever passed on something it’s because I have told myself that I won’t regret it, so no. I was once told “If you couldn’t possibly bear to see someone else playing this part one day you should do it’”. I think that’s a good test of your desire to do something.

Q:  If there is one person you could work with, either living or deceased who would be and why?

A:  Werner Herzog. He has such a profound yet playful take on the world and I’ve adored his work for a long time. I would love to be on set in some far flung location with him, listening to his stories in that majestic voice of his.

Q:  Are there any stories that haven’t been told that you want to tell? (in terms of a film)

A:  I’m always attracted to magical realism and the realm of the fantastical always appeals, so something in that space can always be inviting and fresh and have a ‘never-seen-that-before’ feel.

Q:  With our world being so up-side-down at the moment, many people are finding unique ways to cope with the situation. How have you been dealing with the pandemic?

A:  It’s been a strange and challenging time but also a great opportunity to change pace and priorities and take a fresh perspective on things. Getting in touch with nature and music has been a huge help. Also a new puppy has kept us all on our toes!

Q:  Looking back on your life and accomplishments is there one person who has stood out to you as being your inspiration/motivating force?

A:  My wife and kids inspire me to keep exploring, to stay playful, to go out and bring home stories, experiences and to remember what’s important.

Finish this sentence… I have traveled the world, had incredible experiences and met so many amazing people but honestly, I’m most happy when I’m…

A:  Reading to my kids in a hammock!

Jeffrey Dean Morgan has another life in him