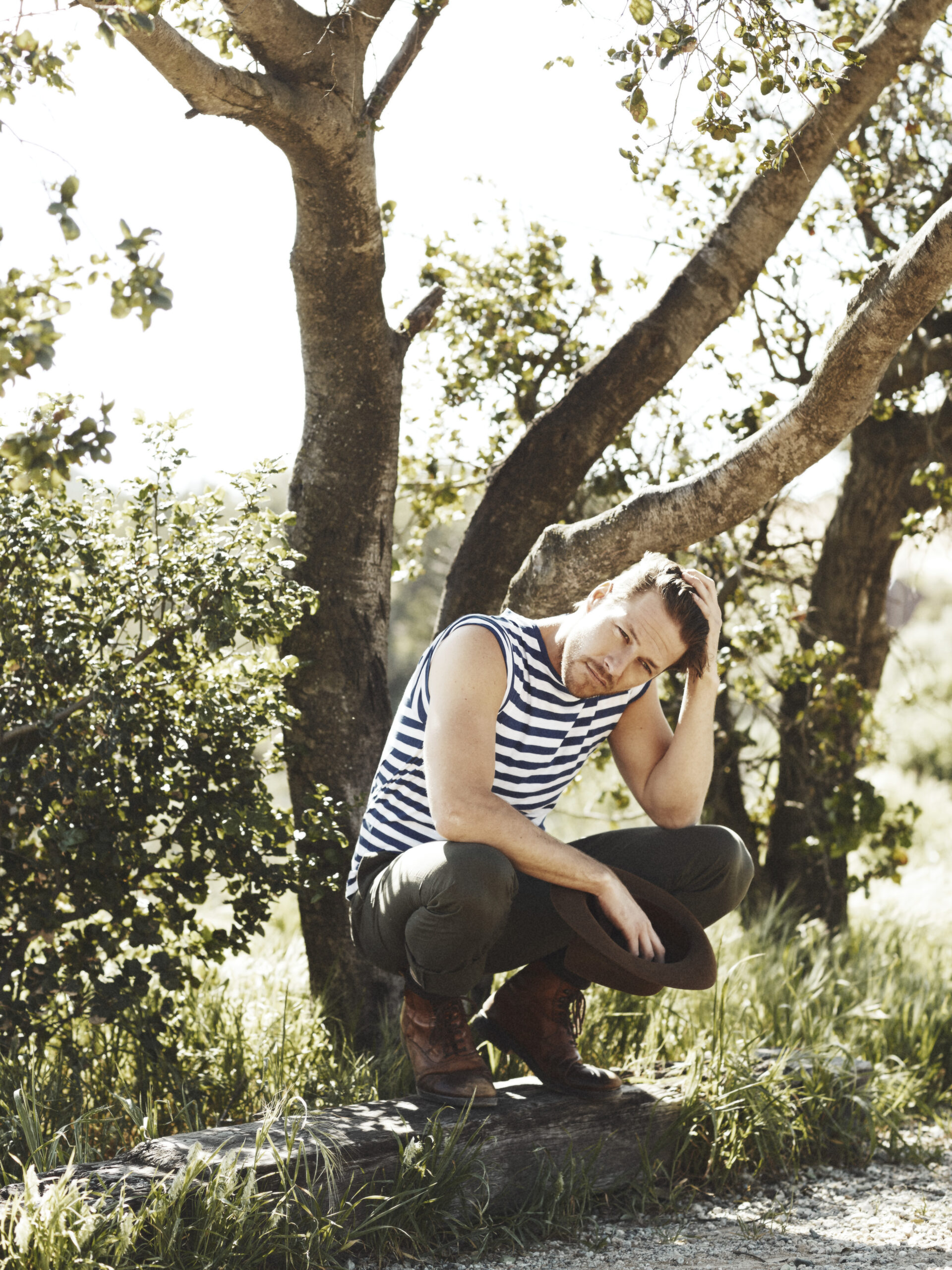 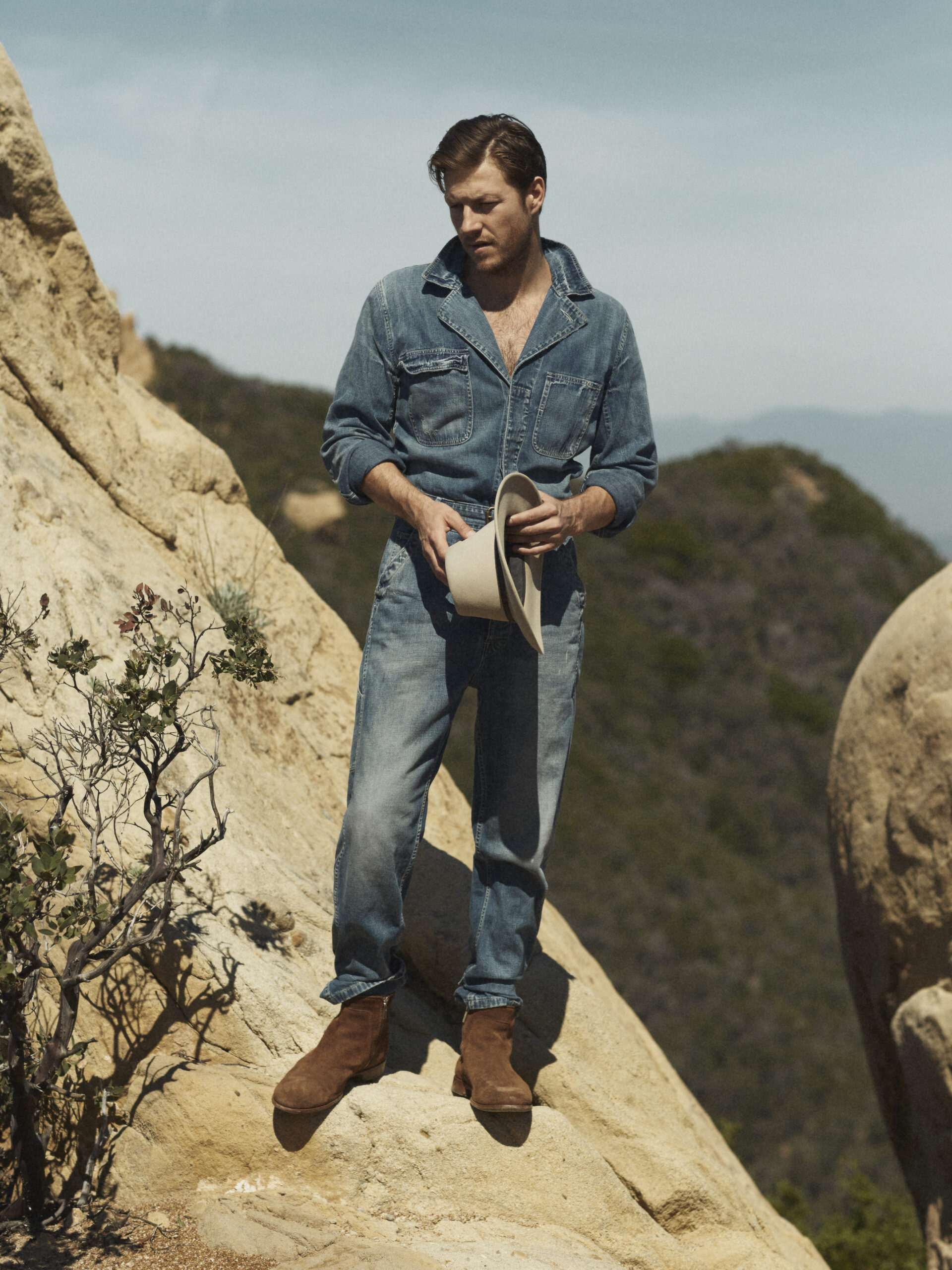 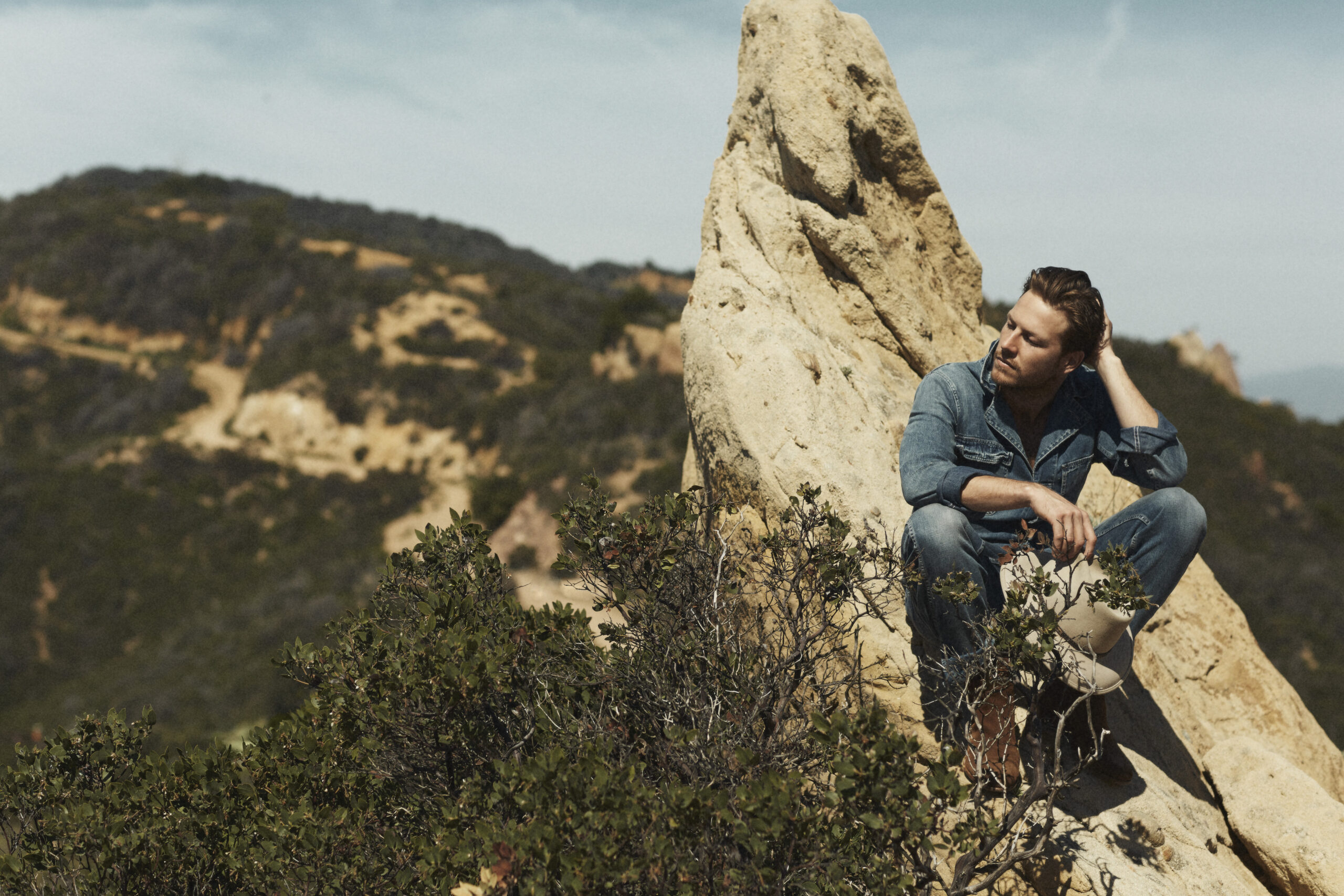 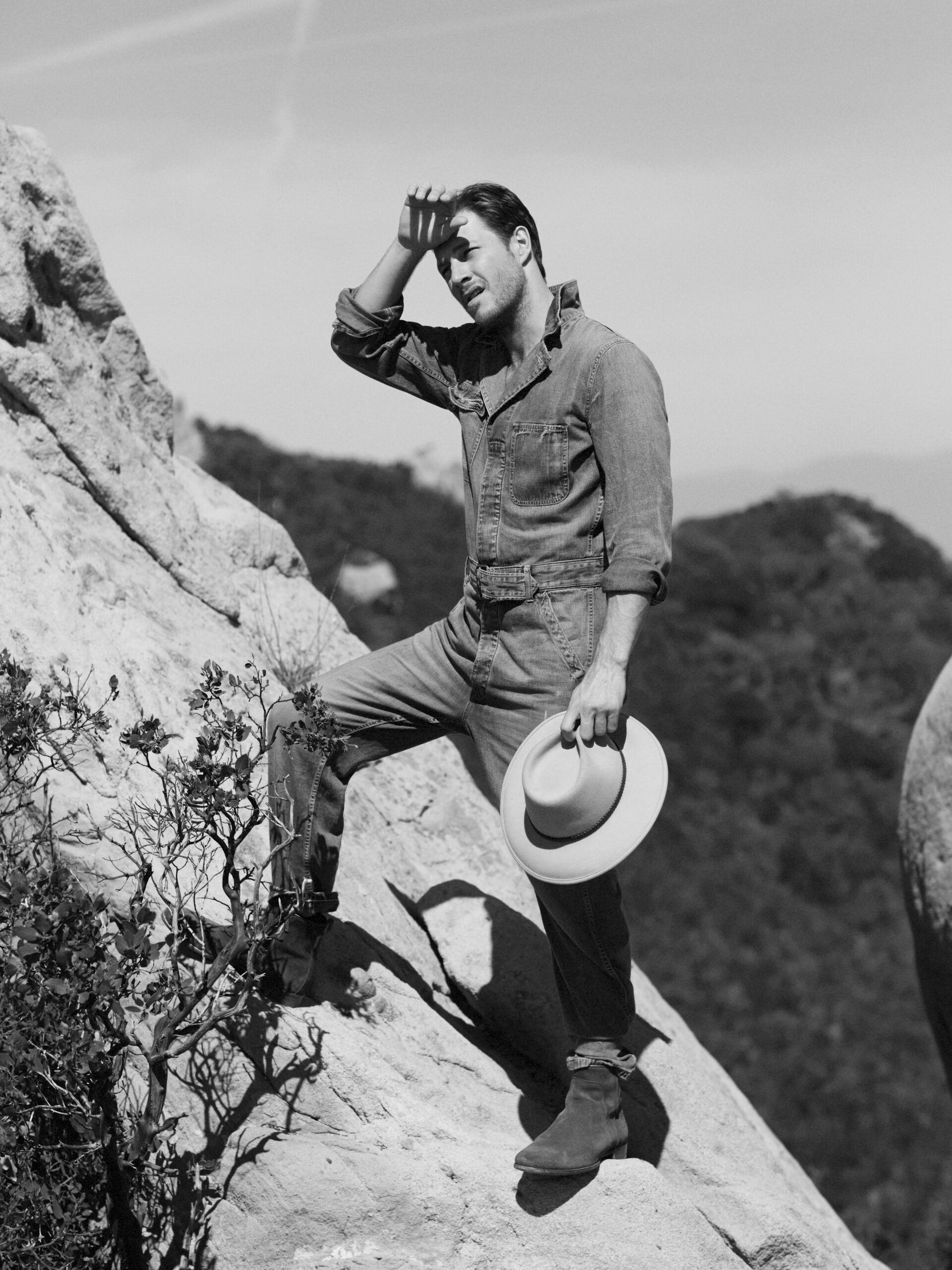 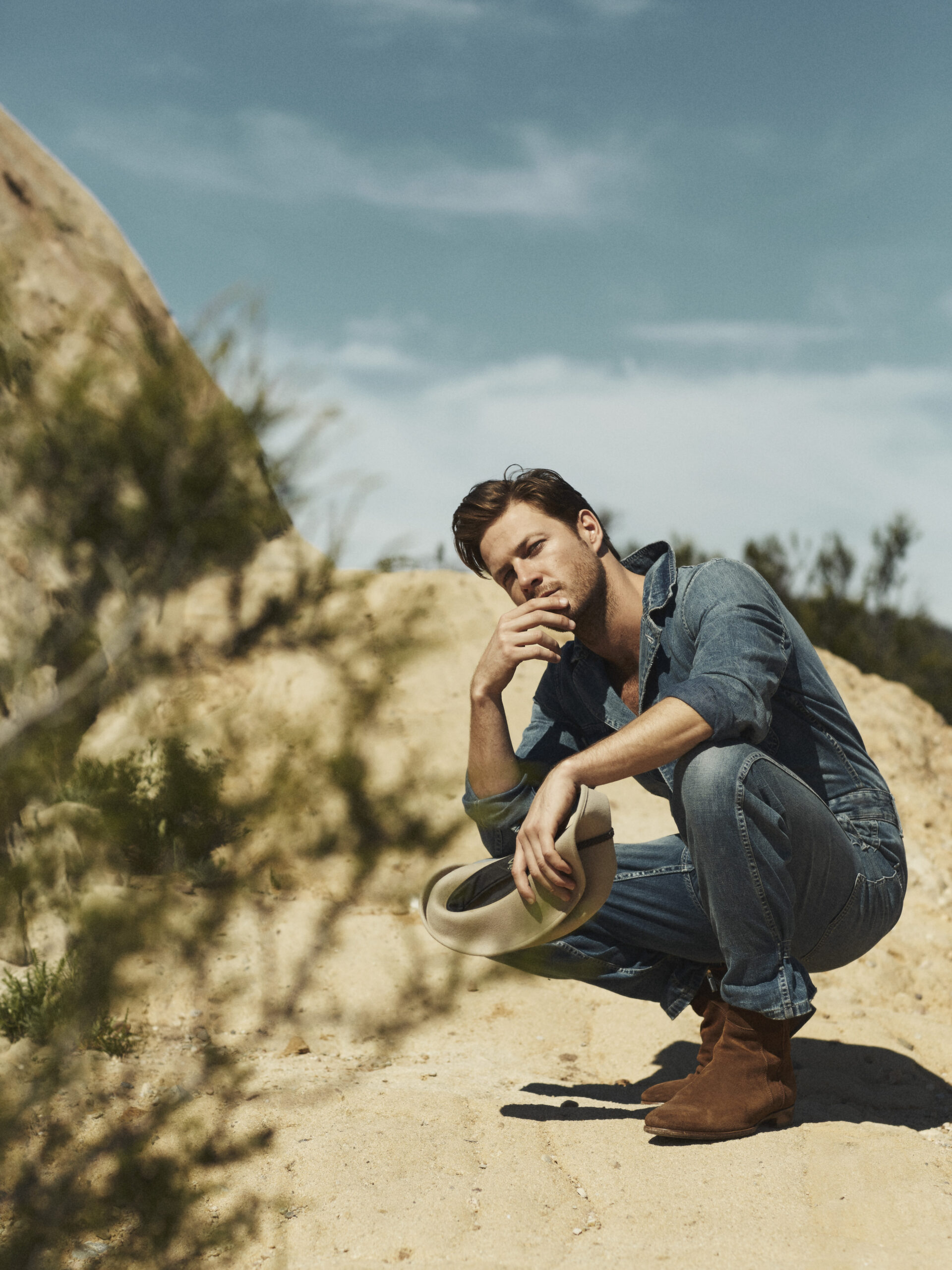 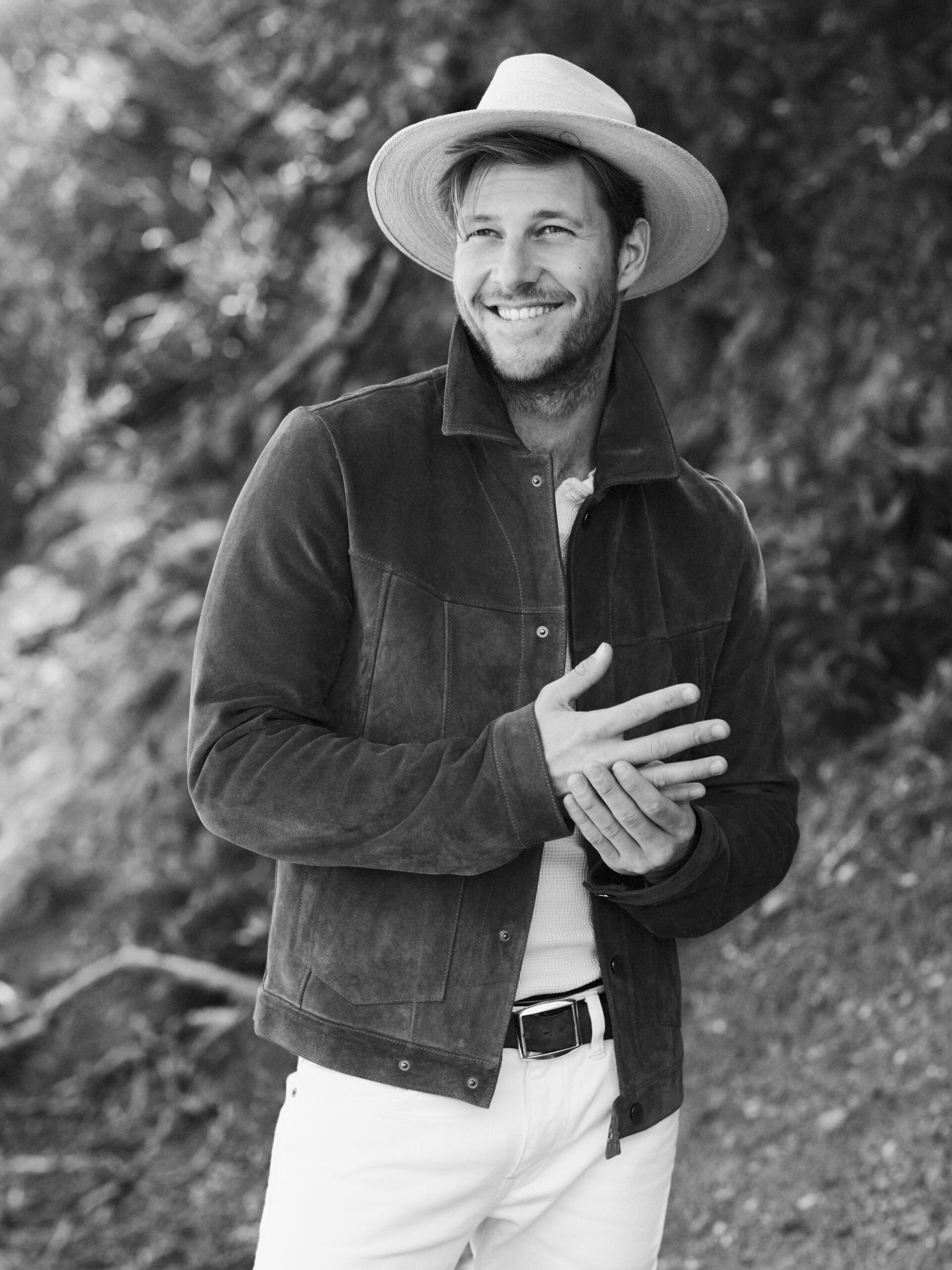 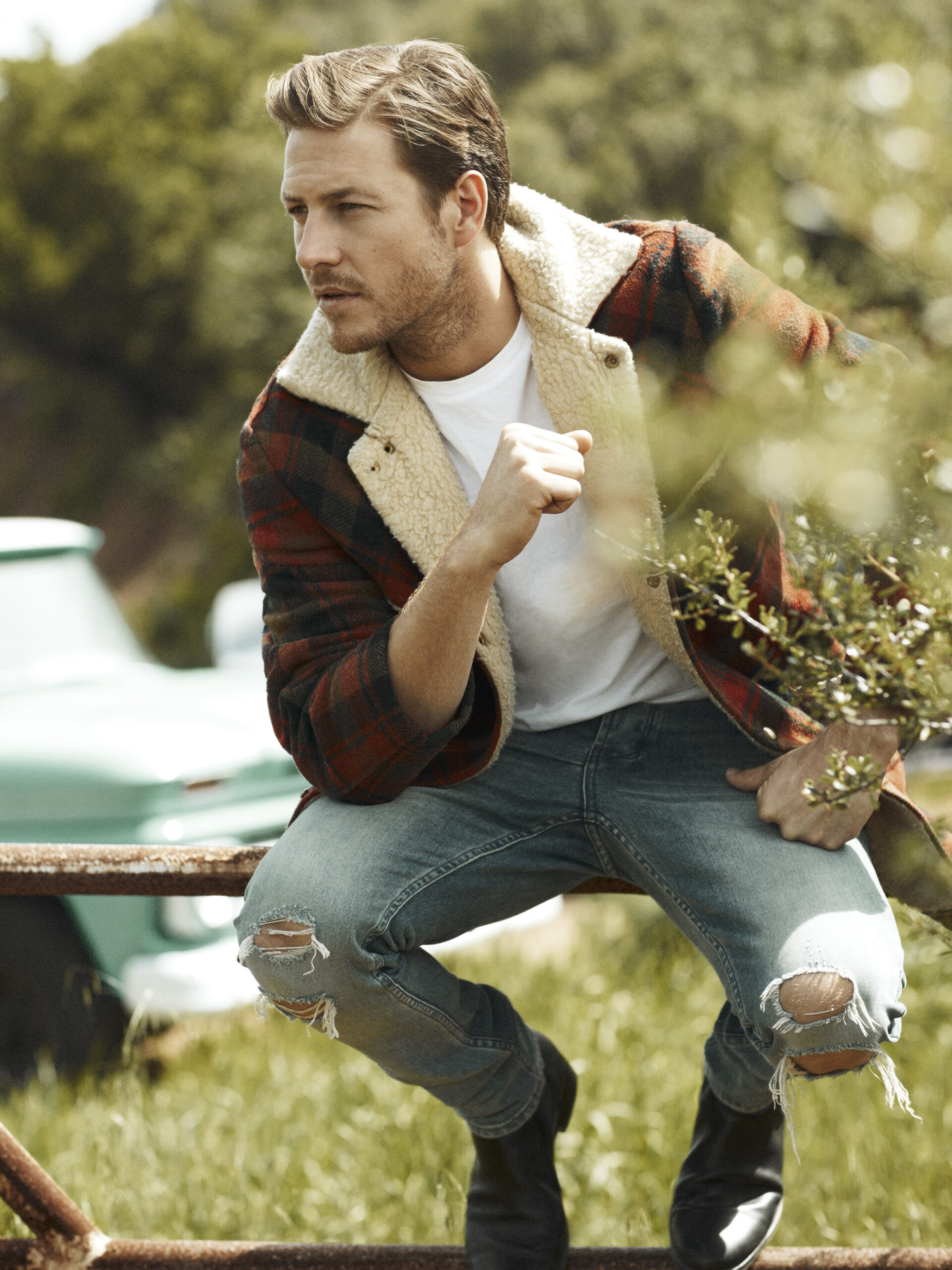 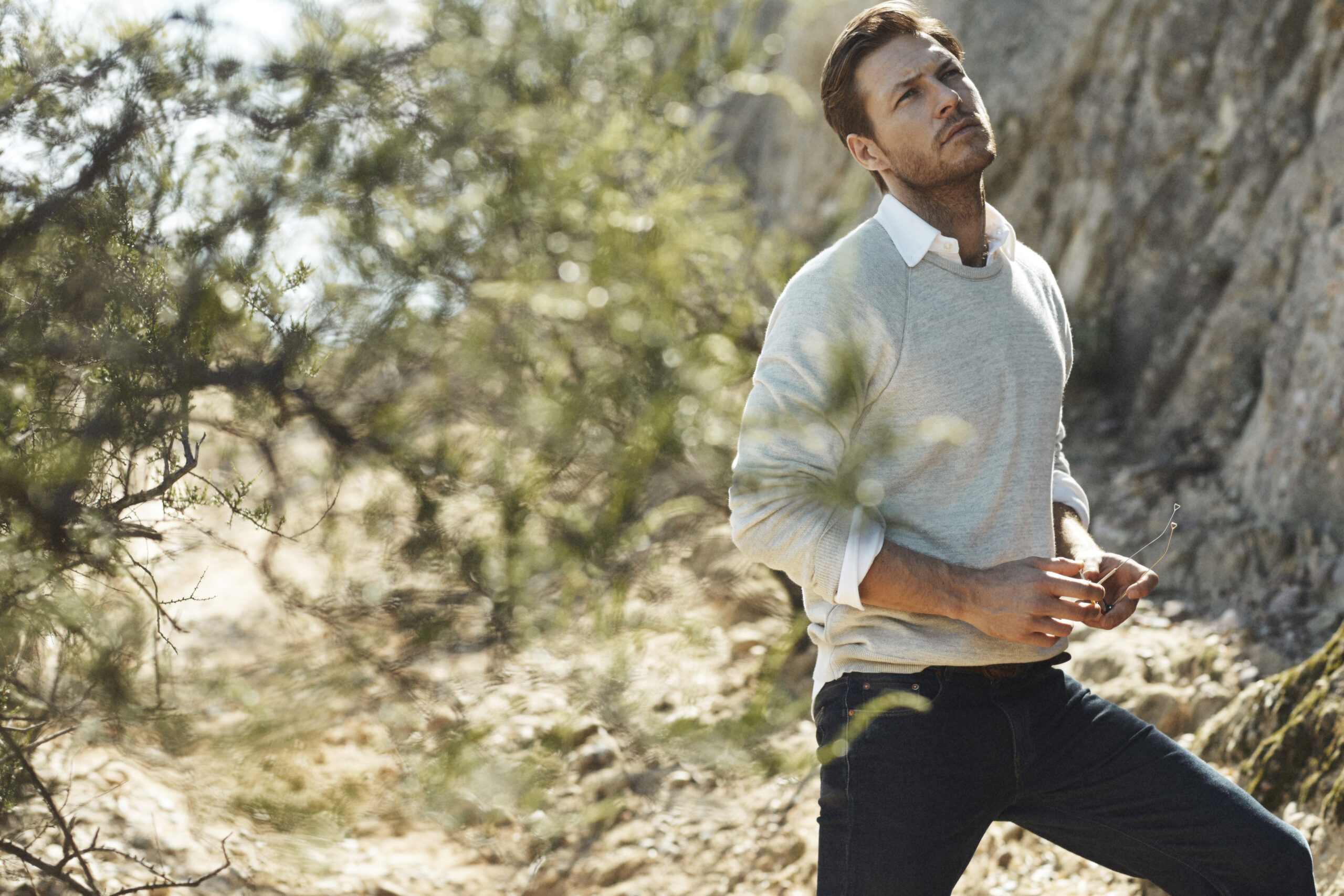 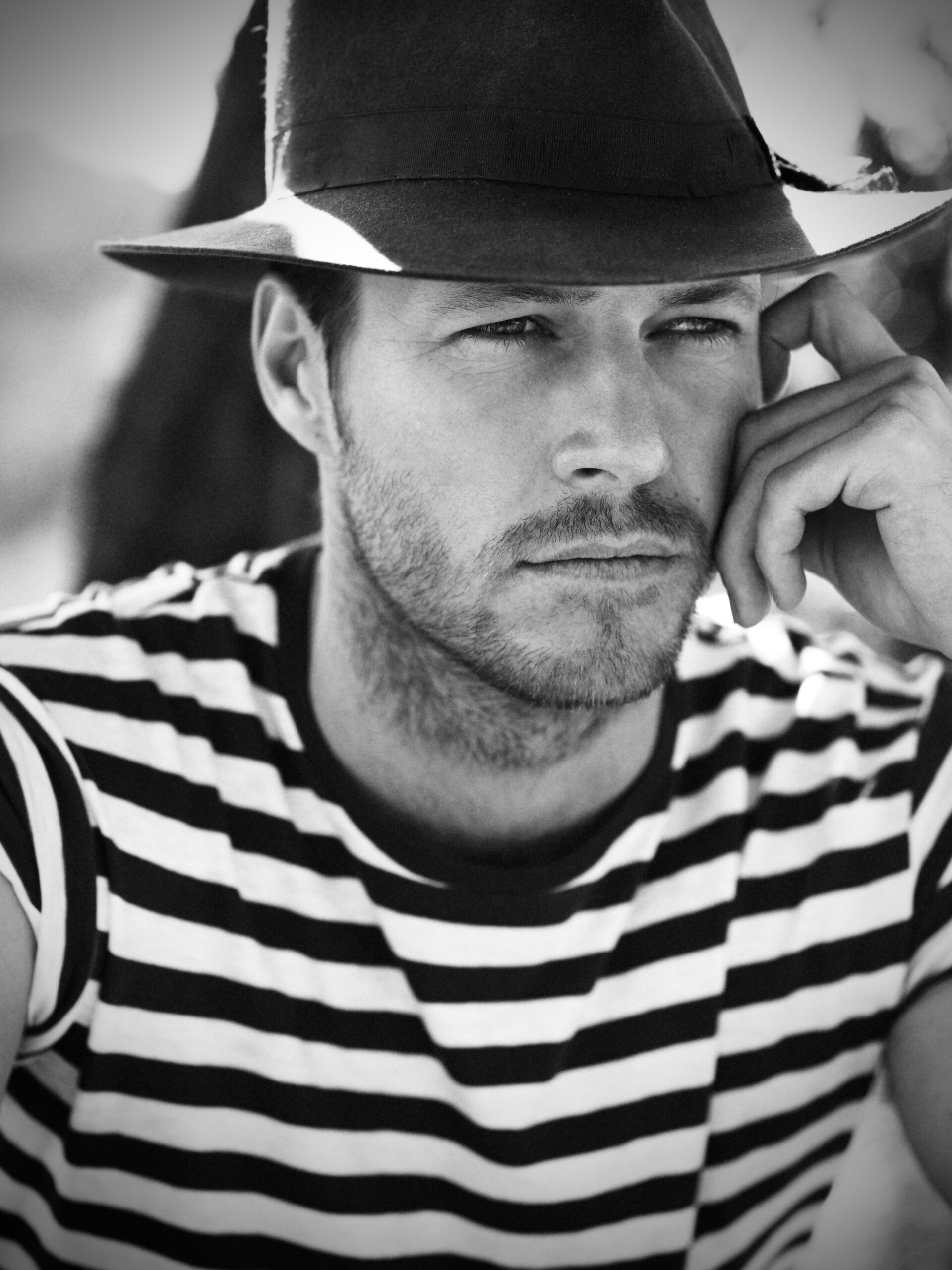 Q: This role in Holidate is definitely a departure from your past roles in Point Break (which was so good) and Hacksaw Ridge. When you got this script, what was your first reaction? Be honest!

A:  “I just laughed. Sometimes when you’re reading scripts that are supposed to be funny, you don’t laugh out loud. But after the first ten pages I was in absolute hysterics, the opening of the movie is so funny. And it just continued on from there, I just kept laughing and thought apart from all the humor it was a really lovely story. I thought Jackson and Sloane’s relationship was awesome and it was just something that I hadn’t tried before and a challenge that I wanted to take on for the first time, to try a little bit of comedy and romance. So yeah it was all of those things, but the script was just so funny when you read it so it was hard to deny.”

Q:  Aside from it being the holiday season, why do you think this movie is needed now?

A:  “It’s been such a crazy year for everyone the whole worlds just been in such a strange place. Holidate is a great holiday for people. You get a couple of hours off from thinking about everything, and maybe going back and trying to remember what it was like when life was a bit more normal, and especially coming into the holiday season, it’s nice to remember your family and friends and connections that way. If we can’t have connections the way we’d normally have them, it’s nice to have them through films and laughter and everyone watching a movie together over the internet and maybe talking about it after. All those things. The other great thing about Holidate it’s a movie that goes throughout the year. It’s a great watch at Christmas time but then it’s also a great watch on a summer’s day. Hopefully people enjoy it all the way through the year.”

Q: It appears that you had a good time making this movie. Any memorable moments that stand out?

A: “Probably any day that Kristin Chenoweth was on set. They were awesome days. She’s just such a lovely funny person and any day she was on set was always a fun day. I mean everyday on set was a fun day, it’s hard to narrow down one thing but there was something about the four foot nothing blonde ball of energy and good times that is Kristin Chenoweth that made every day on set fun.”

Q:  Everyone seems to love Kristin Chenoweth, she has that personality that draws people to her. How was your experience working with her?

A:  “Look, she’s just the loveliest person. She’s so funny and wild. She has this crazy amazing voice as well that comes from this tiny frame of a woman, who is hilarious, funny and so lovely.”

Q:  With the world completely upside down and people re-evaluating their lives, has the past 6 months changed your perspective on life? Explain

A:  “It’s been pretty much the whole year, hasn’t it really? Like everyone, I had plans to do things this year and was hopefully going to make some films and go to certain places and see some people, but life changed and you have to kind of just accept it. It hasn’t changed my perspective on things, in a way it’s solidified a few of my perspectives. I feel very fortunate about this year because I got to spend time with my family, more than I have in a few years, longer than a few weeks at Christmas time. I got to spend an extended number of months, the longest I’ve been able to spend with them in ten years. So it just solidified my ideas that the important things in life are family and friends and being with the ones that mean the most to you. I felt very fortunate. It’s that idea that you’ve got to make the most of these situations and that’s been the most positive thing that’s come out of it for me. I might’ve missed out on some things personally and professionally, but what I got out of it was time with my friends and family which I really missed and was pining for so it just kind of solidified my ideas that I want to spend more time with them and around them, and I will do for the future. So I’ve been very fortunate in that way this year.”

Q:  Australia has produced some of the best actors in the business. If you had to choose one Aussie actor who has inspired you or continues to inspire you, who would it be, and why?

A:  “Good question, there’s so many good Australian actors. I got to work with Mel Gibson, he’s awesome, such a hero for most of ours, just growing up watching him. And I think Heath Ledger was really good. I really admired his versatility and from all accounts seems like he was a really lovely man. I’ve got to meet his family a few times, through their work with the Heath Ledger scholarship. They’re just a beautiful group of people, so he’s quite inspiring. I think Cate Blanchett is an incredible actress; it’s quite scary to see her do her stuff, she’s one of the best actresses ever. She inspires me. Honestly anyone really anyone in this movie landscape, acting landscape, from directors to writers, anyone whose taken the risk to go over to America or make successful things at home, I admire any actor really who has the guts to go out there and be vulnerable and do work that’s going to get automatically judged. So there’s a few there, but at the end of the day everyone inspires me because it’s a hard job and it can be very unforgiving. You take big risks when you do this job, so anyone who gets up there and throws inhibition to the wind and gives a great performance, I really admire.”

Q:  It has been said (countless times) that the entertainment industry is basically “swimming with the sharks” and that it is one of the most cut-throat business to be in. Has your personal journey through Hollywood contradicted or reinforced this notion?

A:  “Any job in any profession is cutthroat, right? That’s part of being in a competitive world. No matter what you do you are going to be in positions where it is a bit cutthroat where you’re competing against other people, or hoping for your ideas to be picked up rather than someone else’s. It is a challenging and competitive industry that way, but I don’t know that it’s so much more competitive than others. I think there is a sense of support that you get from people that you work with or at least I’ve been fortunate not that way. I’ve been able to work with some really cool and interesting and lovely and respected and talented people and experienced actors and directors who’ve offered me all of the advice and support that they could give. I’ve felt total support in this industry at least with the people around me. That pressure I find quite exciting, when you’re up for a job you’ve got to go and do a good audition that’s a really fun part of it you get to slack up and it becomes game day, going back to my days as a sports player, playing rugby, I love being in that grand finale, that cutthroat nature is kind of exciting and I don’t know if it would be as fun without that pressure. But I think it’s like any other industry, it’s a lot of people trying to do their best job, and obviously there’s only a certain amount of spots out there, but I guess the idea is that the cream rises to the top. I’ve been very supported and lucky with my experience through the job, certainly not everything is lollipops and rainbows, but for the vast majority of my career I’ve been fortunate in that way and have had an awesome time and have met people who have been really supportive in helping me.”

Q:  One of the many benefits of being an actor is meeting and working with the industries top creatives behind-the-scenes—the photographers that make you look good, the clothing stylists, groomers, etc. Do you think the “faces behind the face” are given enough credit in our industry?

A:  “It takes a village to create anything, doesn’t it? The thing I like about my job is that it’s very much a team sport. Its hundreds if not thousands of people working on their individual skill set, their craft that they’ve mastered, whether that’s costume, or set building, or makeup, or cinematography, or whatever it is. It’s a lot of people using their expertise and putting them all together to create this bigger thing. I always see it as a team sport, and I think that everyone involved in a film understands that and it becomes a giant family. And I love that aspect, it’s that you become so close with all these people and you become this big, giant circus troupe family that travels around for a few months, and we all bring what we are good at and we put it together and it becomes this beautiful and hopefully enjoyable quality piece of work. It’s like a big clock; everyone’s part of this big clock and the different cogs fit together and if everyone shows up on time and with a smile, we usually get a great product out of it. So yeah, it takes a village so I’m just one little part of it. My face is just the one you see but in terms of making these things it certainly takes so many people. It’s a big team sport, a big effort, and that’s what I love about it. In terms of artwork, I may have been drawn to other forms of art like painting or writing, I do like writing, but it’s a bit solitary and I like the fact that our job is so collaborative. It allows you to think of more things, I work so much better in a team. I’ve always enjoyed team sports more than individual sports. So yeah for me, I love the fact that it’s a big giant family, and we all help each other. And without one little bit it all falls apart.”

Q:  Finish this sentence: If I had the power to change the current global situation, I would first…..