The Evolution of James Brolin

A look at his iconic career 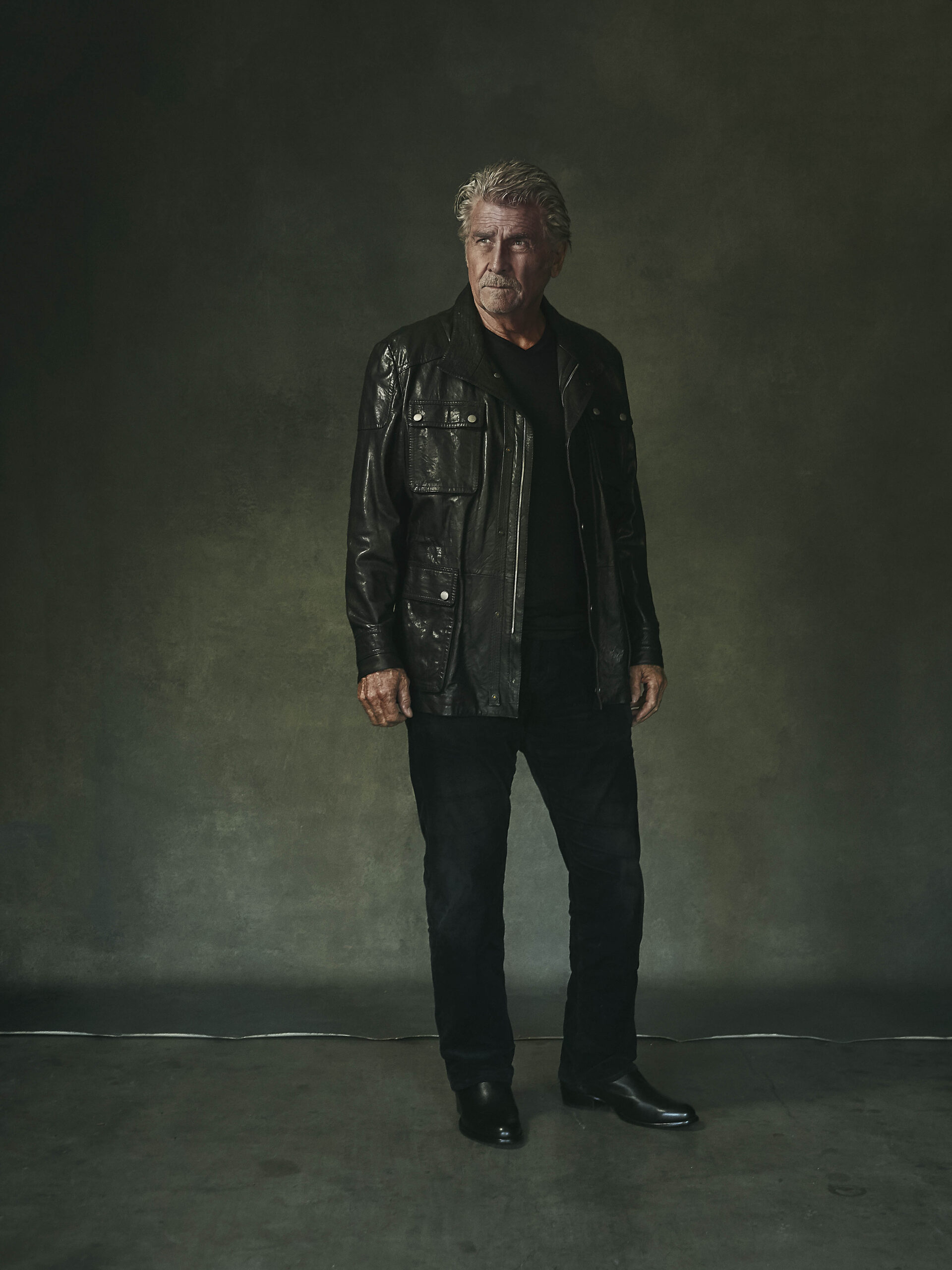 With a career spanning over 50 years this legendary Hollywood icon shows no signs of slowing down.

When I was at the ripe old age of 10, I became fascinated with the magic of photography and movie films. One of the three main widescreen matinee theaters on the Westside of Los Angeles, was a regular stop for the neighborhood kids on Saturday. I had started making pinhole cameras with cardstock and black tape, and soon had converted the bathroom I shared with my brother into a darkroom. Then In junior high school, two things occurred. I was put in charge and ran the film projectors there. And I was able to get a tour thru a studio while they were shooting a western. Totally fascinated, I quickly purchased my first windup 8mm Bel&Howell camera. I was hooked. I started shooting a lot of footage, and cutting it on a little 4” screen, hand cranked film editor. I had no intentions to be in front of a camera, wanting to be a cinematographer. I was mesmerized by how the big widescreen movies were crafted. I even adapted an anamorphic lens to the 8mm. My father was a contractor and I saw a similarity. I had worked for others at odd jobs since I was 14, so for a kid I always had enough money to do the learning with those pricey cameras and filmstock.

At 18 one day I was stopped on the street and asked if I would consider being in a Dodge truck commercial. I did 3 commercials for them, had an agent sign me, and automatically became a member of the Screen Actors Guild. I suddenly was hesitating uncomfortably… on the wrong side of the camera.

I started paying to attend acting workshops, and from my point of view, I was paying them to humiliate me. But in time It all became more comfortable, and I realized that I wasn’t going to die from it all.

When I was 19, I was cast and flew off to Tahiti to play Marlon Brando’s son in “Mutiny on the Bounty”. After many months of changed directors and scripts, monsoon rains and delays, I was written out of the film and returned to West Hollywood, where I parked cars at a bunch of Sunset Strip restaurants and clubs, netting 42 dollars a
week. My rent for half a single room was 20 bucks, due every Monday, in
advance. Which did not leave much for much else. I bought a car for $150 and survived okay for a while, till one morning I had an appointment at 20th Century Fox through the same commercial agency. Signed on that day as a contract player for a wild, after tax net of $93 dollars a week. I naively figured that once I was inside the studio walls, I’d switch over to directing and cinematography. That day started 7 years of big and smaller acting appearances on 20th Century Fox movies and TV.

I think that I am uncredited in, a walk on in the film “Morituri”, again with Marlon Brando. Destiny kept me from working with Marlon, who ironically would be my favorite pick to work with as an actor. We eventually became friends before he passed away, mostly because of our history of many months together in Tahiti. Now, after working on film sets for approximately 9,500 days, I look back at all those movie and tv stars and solid actors that I’ve worked with, both as actor and director, and many times both. And contrary to the rag paper dramas that we hear and read about, I must say that in all those days on a set… that I have worked with the most inspiring and supportive crew people. Because what really makes an efficient film company is employing people who always give more than they are asked, and with a smile. That’s why they’re there. It’s in their nature. If not, they’re not invited back.

I have always felt that the prep work before a film shoot was the tough part, both as an actor and director. Like high school homework. But on every day of actually making any film, I truly feel, have been the most enjoyable days of my life. People joining together, all hoping and supporting that …both the project and its performers, look and do their best. All are used to possible 18-hour days, six days a week if
necessary. During all those years past, when not employed, I have felt the same about other avocations. The few homes or remodels that I have designed and built. Those years between jobs, of breeding, raising, and training horses and dogs in Paso Robles, where I would drive south for 4 hours, to shoot either in L.A., or to jump on a plane to a distant location. All the time raising my family in a ranching environment.

It rocks me to think, that collectively, I have done so many outside things while shooting 21 years of prime time network television …and then, traveling around the world on so many feature films …on their ticket. So fun. Also, 2000 hours as an instrument pilot. And recently completed building a homebuilt STOL aircraft. So much fun.
I would be very happy today just ranching, or flying, and when the written material is right, I do look forward to any challenging role, if and when that ever happens again. My two all-time favorites we’re playing real life people, which I had cold turned down, and then was coerced both times to play, 1.Clark Gable, and 2.Ronald Reagan. Those were the most fun shoots of my life, mainly because I never thought I could pull it off, and because we laughed all the way through the shoot, …like we were stealing something.
I think I have for the most part seen the comedic side of most everything I’ve done on film. Probably because I was luckily raised in a very optimistic environment. But there is no subject serious or not that doesn’t interest me as an actor, or director.

My life has been blessed. Blessed with a wonderful wife, and children, wonderful coworkers, and an all too positive outlook about the inevitability of the human
condition.

I have always believed in the ‘Rosie the Riveter‘ syndrome. The Ingenuity. We can,…and we will,…make a better world for all.

Jeffrey Dean Morgan has another life in him