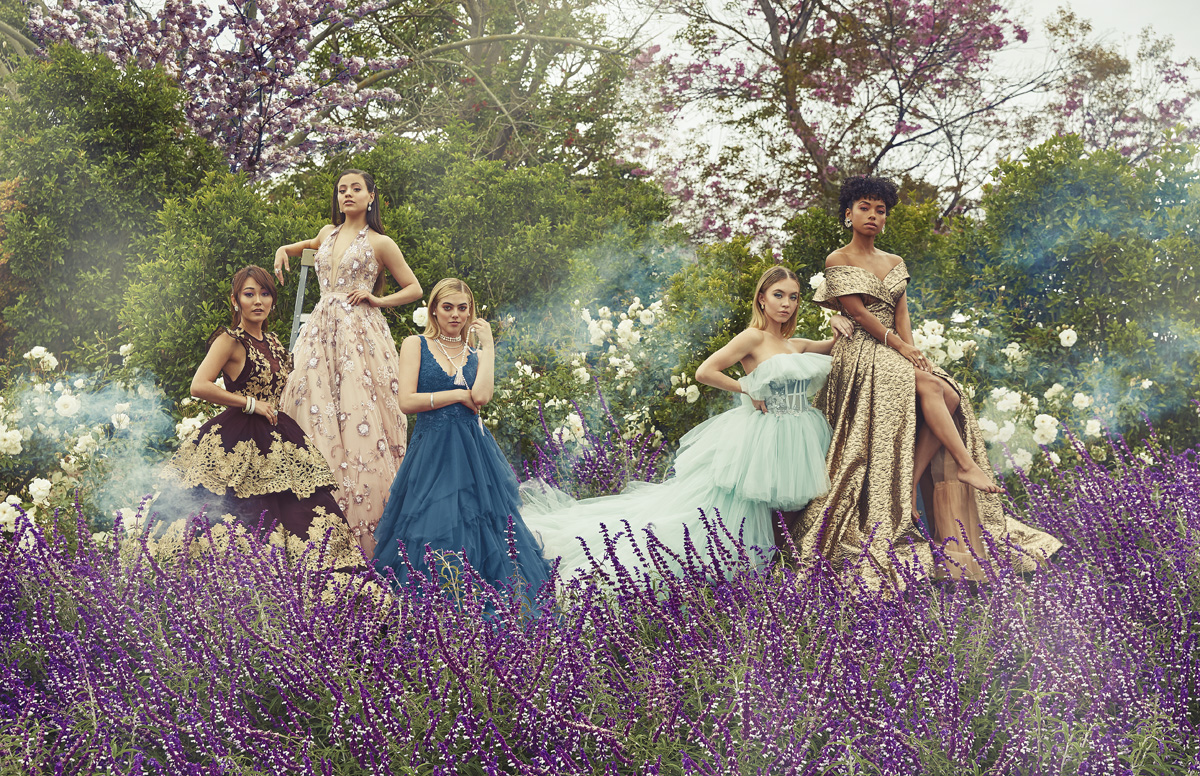 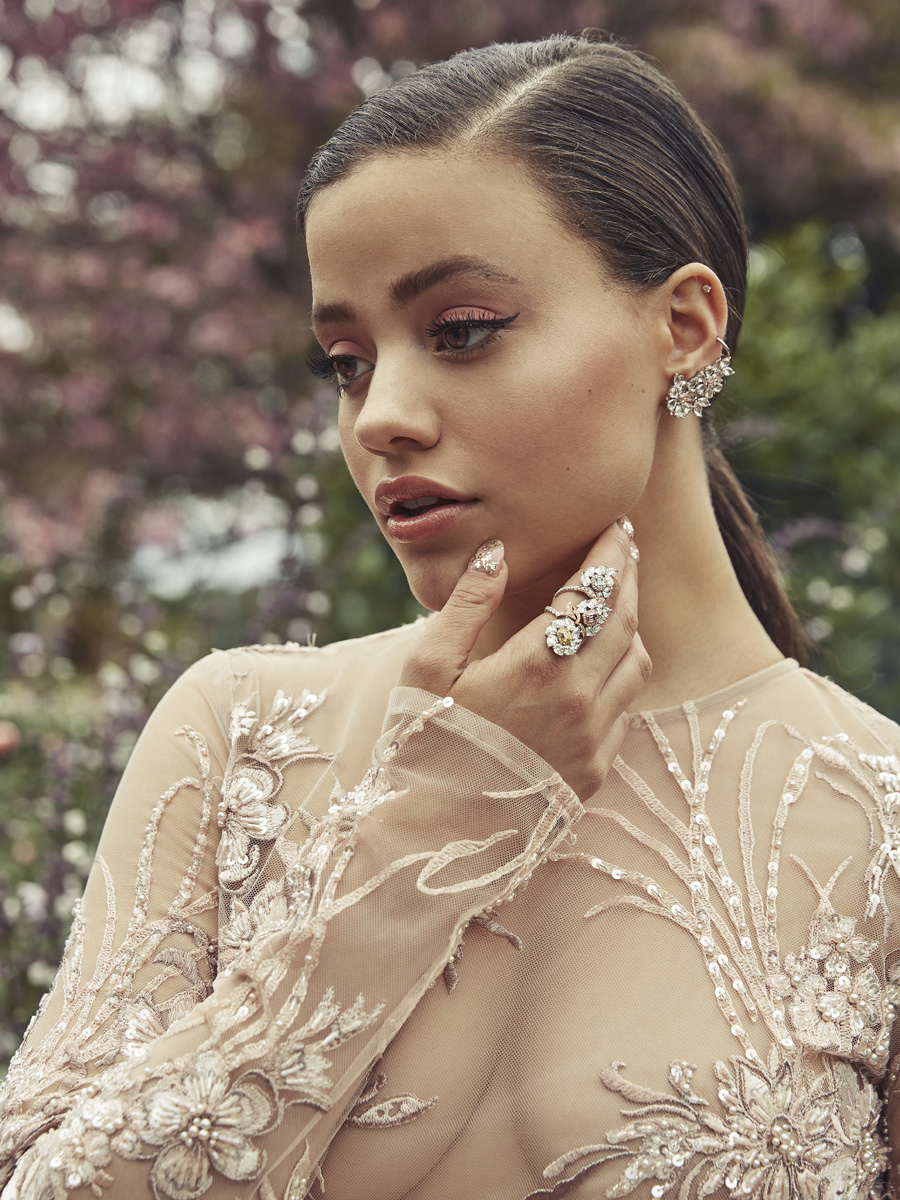 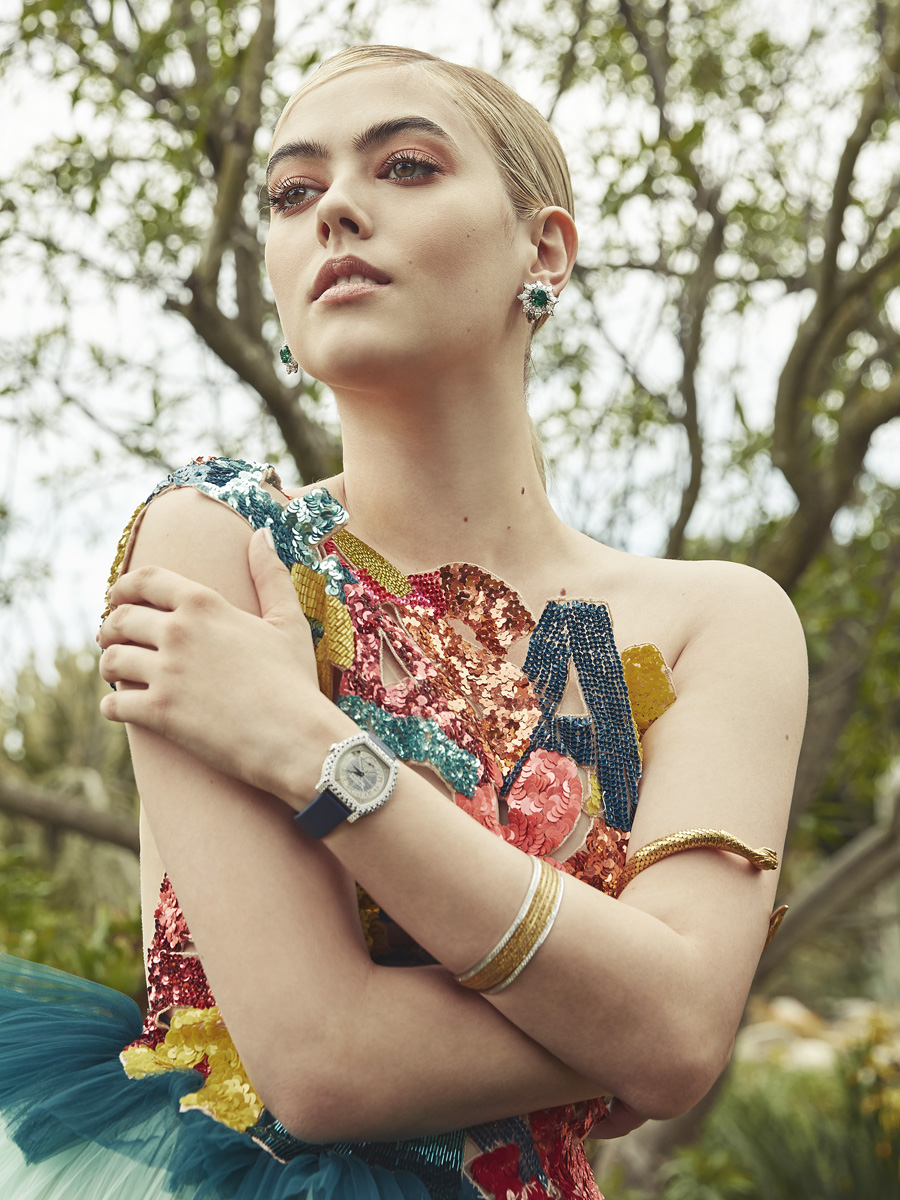 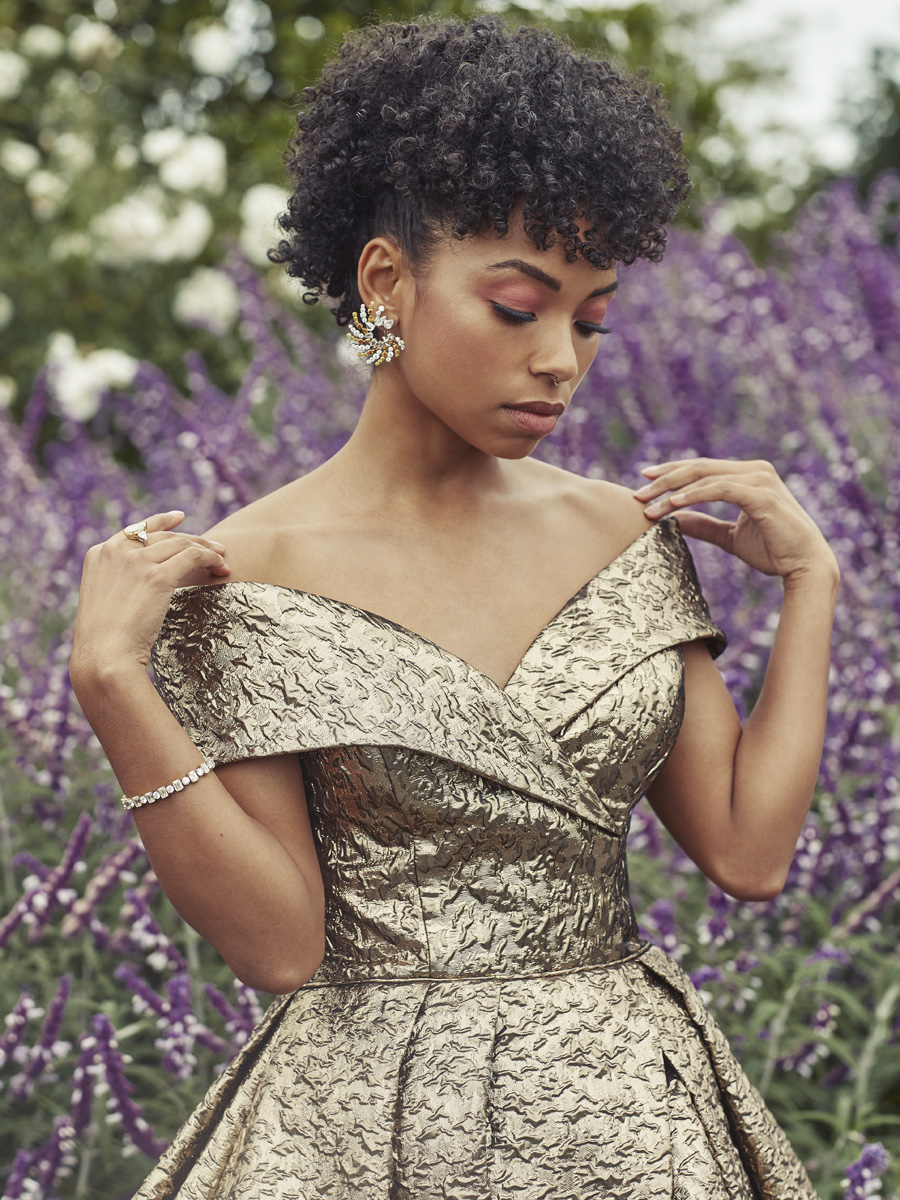 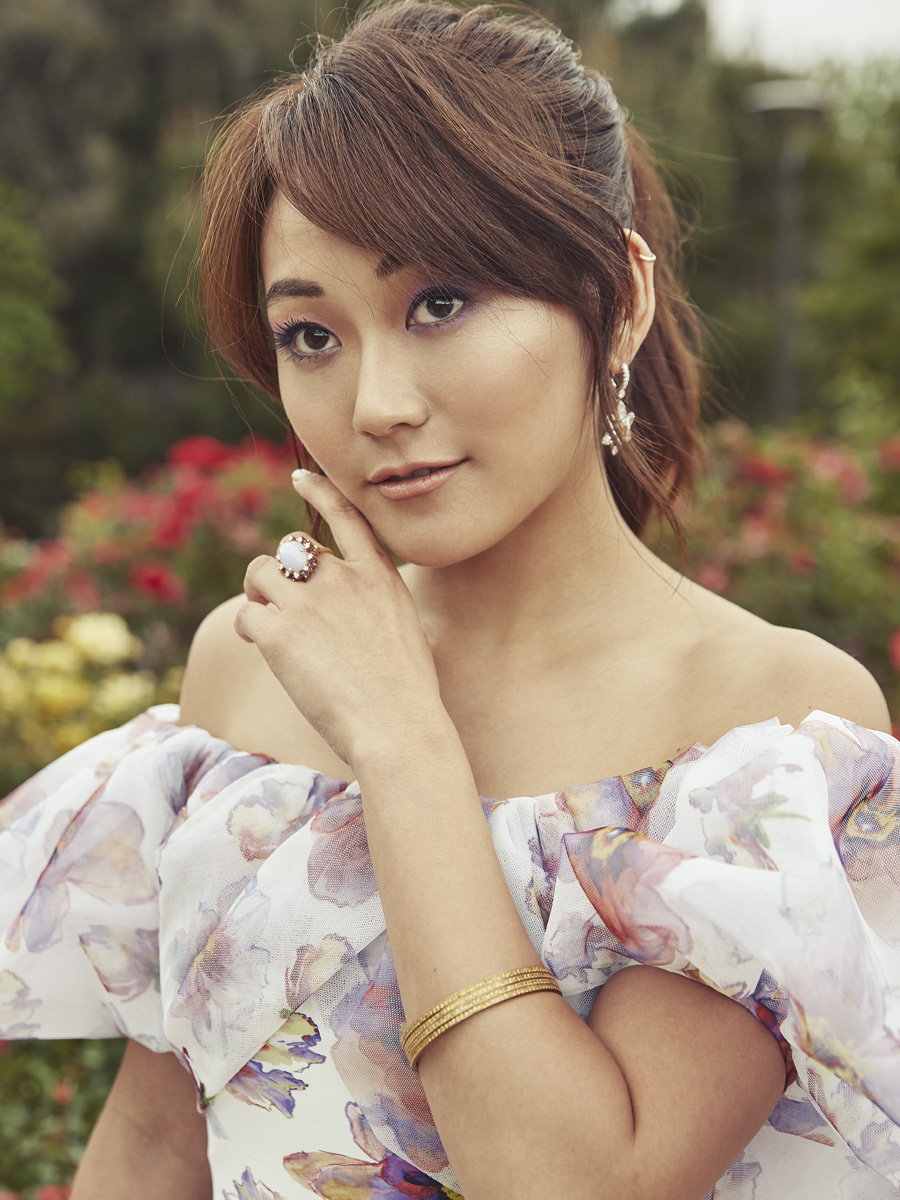 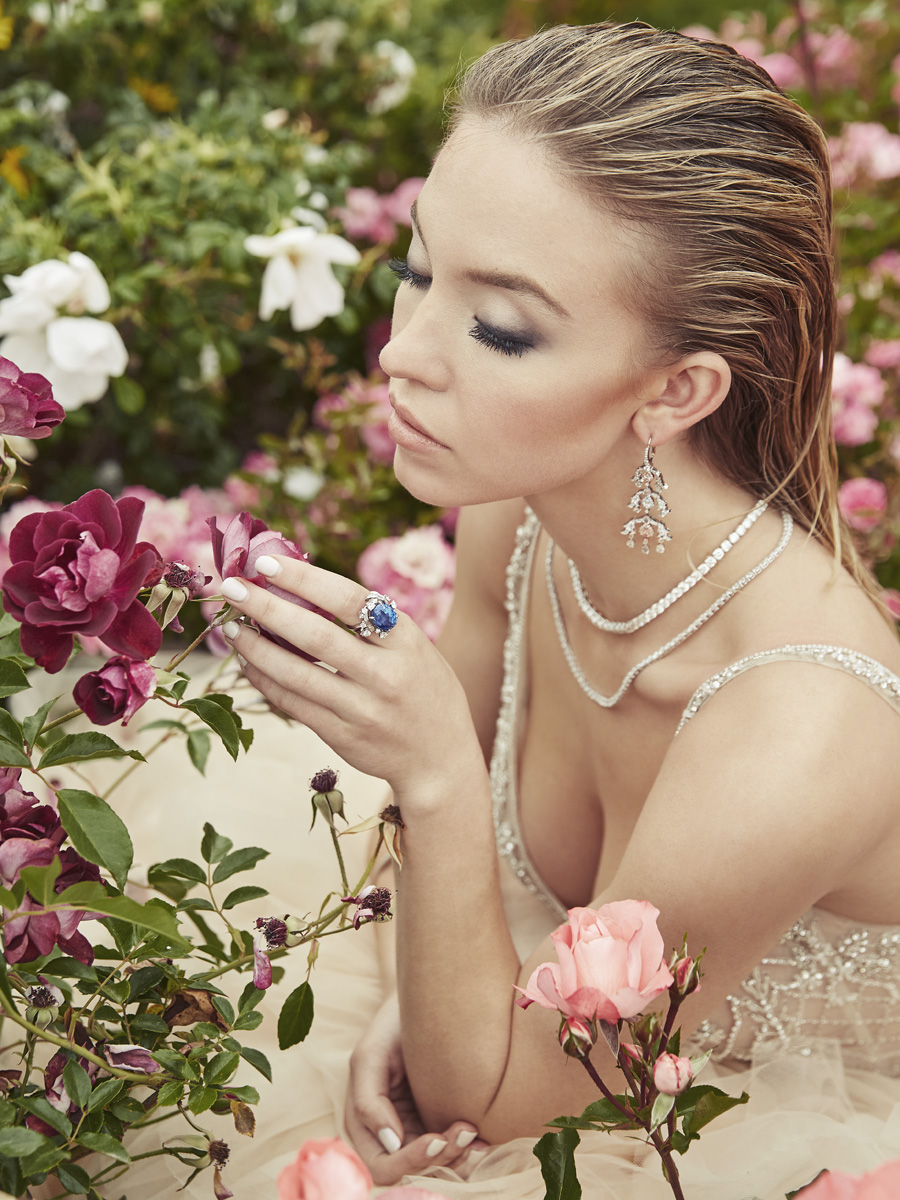 Jewelry by  { Art of Jewels

After calling J-Lo “Mom” for three seasons on the NBC drama Shades of Blue, young darling Sarah Jeffery can now be seen casting spells as one of the lead witches on Charmed, The CW’s reboot of the 1998 cult classic. At only 23, Jeffery has been singing, dancing and acting for more than two decades, having made her theatrical debut at the tender age of 3, in her hometown of Vancouver, Canada. Next up, she reprises her role as Princess Audrey in Disney Channel’s original movie Descendants 3, set for release in August. 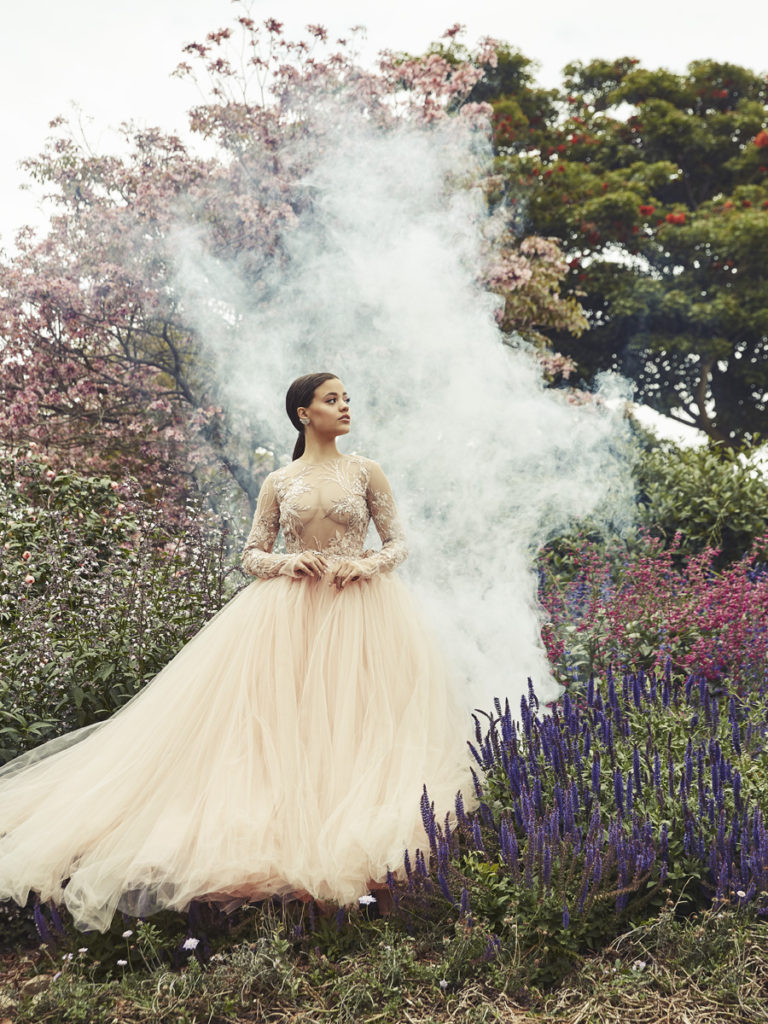 Most recognized for portraying Rose on The CW’s Hart of Dixie and Sophie on FOX’s Scream Queens, 23-year-old McKaley Miller makes the leap from supporting cast member to leading lady in Ma, a psychological horror-thriller from Blumhouse Productions, the producers of Get Out and Happy Death Day. The 23-year-old Texan, a former competitive dancer, stars opposite Octavia Spencer in the scary story of a group of teens and the creepy things that happen when a lonely woman allows them to party in her house. Miller has recently wrapped Butter, an indie film also starring Mira Sorvino. Fans will next see her in an episode of the buzz-worthy television anthology, Into The Dark, available for streaming on Hulu in September. 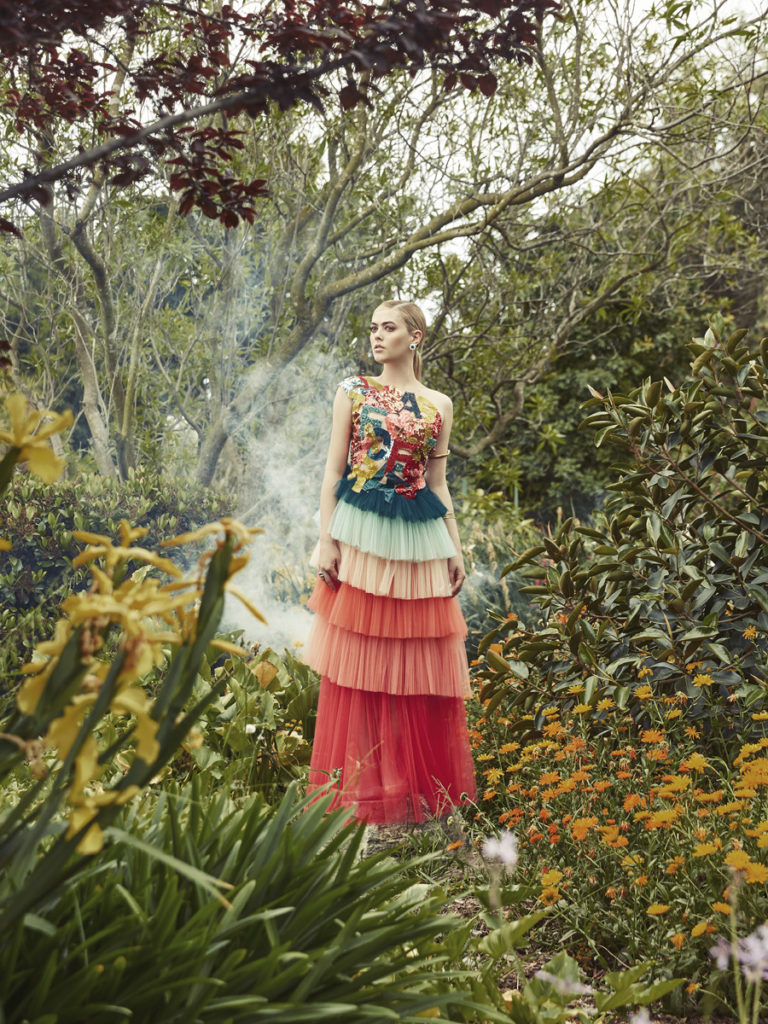 Simultaneously portraying two complicated characters on two different TV shows—Jelena on VH1’s scripted show Hit the Floor and Zora in PlayStation Network’s Powers—was a challenge easily met by actress Logan Browning. The Atlanta native had already proven herself to be a skilled juggler when, as a college student, she was also a series regular on Tyler Perry’s Meet the Browns on TBS. Fans can currently catch the 30-year-old starring in Netflix Original Series Dear White People, scheduled to return for its third season later this year; as well as the Netflix feature, The Perfection, a thriller about two young cello prodigies with a dangerously discordant relationship. 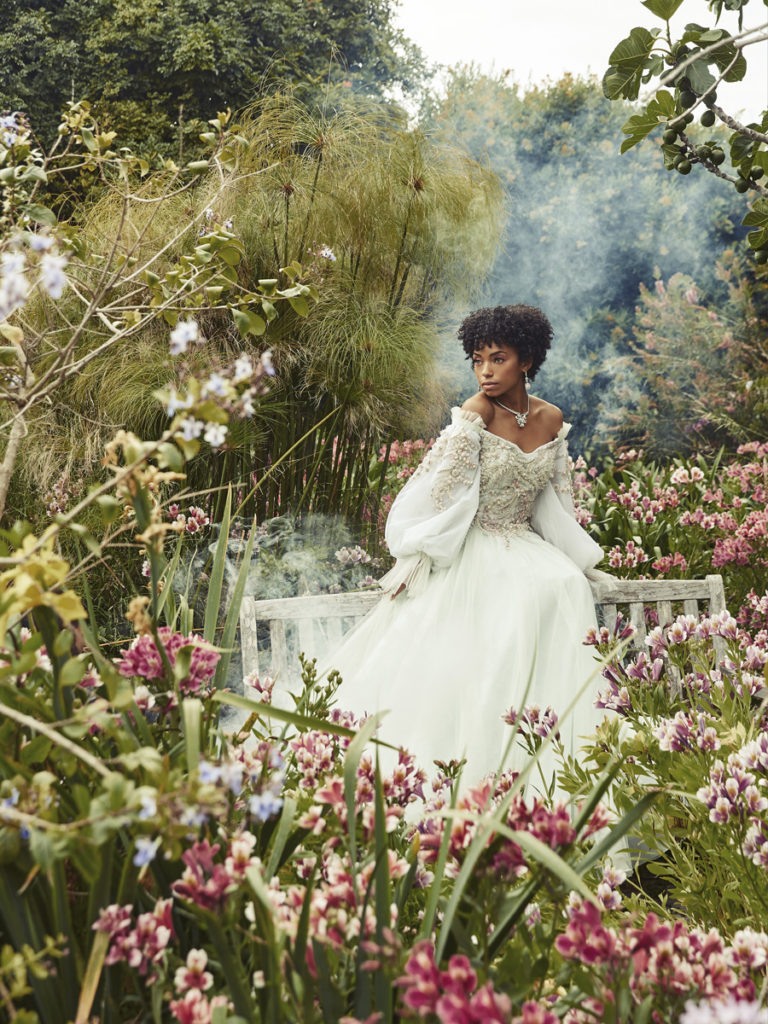 Japanese-American actress Karen Fukuhara, a bilingual martial arts champion who made her film debut as a sword-wielding superhero in Suicide Squad, currently stars in Netflix’s animated hit She-Ra and the Princesses of Power. She’ll soon enter the superhero universe again in The Boys, a series about a group of vigilantes who chase corrupt superheroes who abuse their superpowers, set to stream on Amazon this summer.

Best known for stealing scenes as the pious, God-fearing young wife, Eden, on the award-winning Hulu series, The Handmaid’s Tale, 22-year-old Sydney Sweeney can currently be seen on HBO’s Euphoria, which follows a group of high school students coping with drugs, sex, social media and violence. She also appears with Brad Pitt and Leonardo DiCaprio in Quentin Tarantino’s Once Upon a Time in Hollywood, predicted to be one of summer 2019’s biggest hits. Earlier high-profile projects include meaty roles in HBO’s Sharp Objects; neo-noir feature Under the Silver Lake; Big Time Adolescence, which premiered at the 2019 Sundance Film Festival; and Clementine, which premiered at the 2019 Tribeca Film Festival. 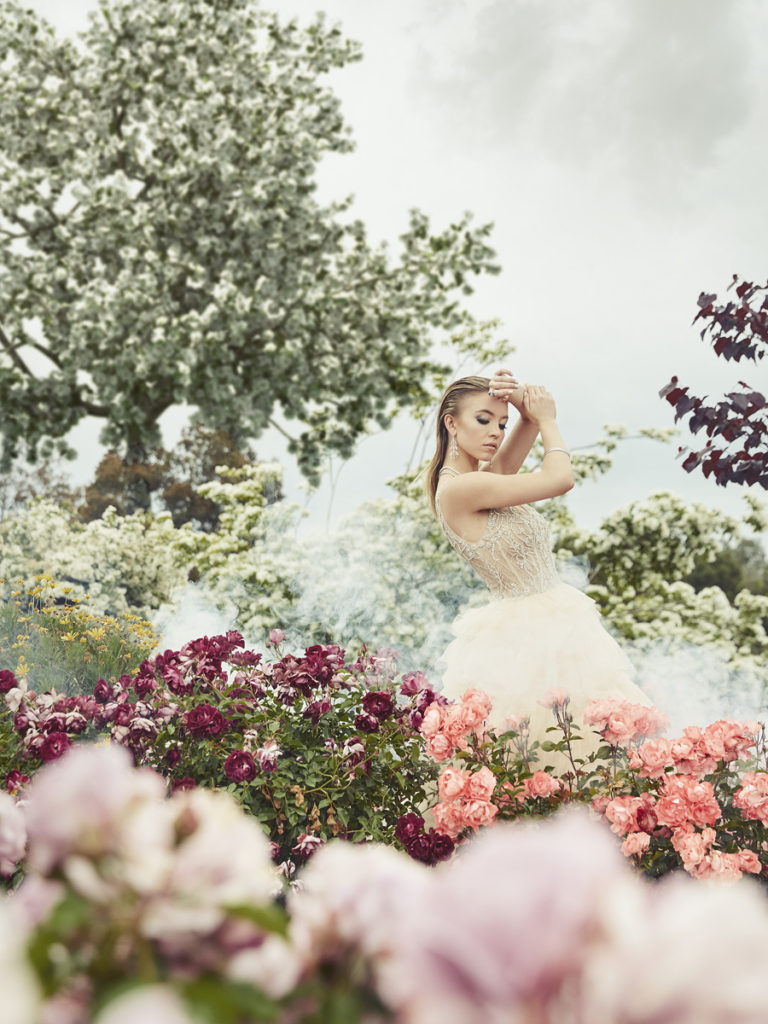