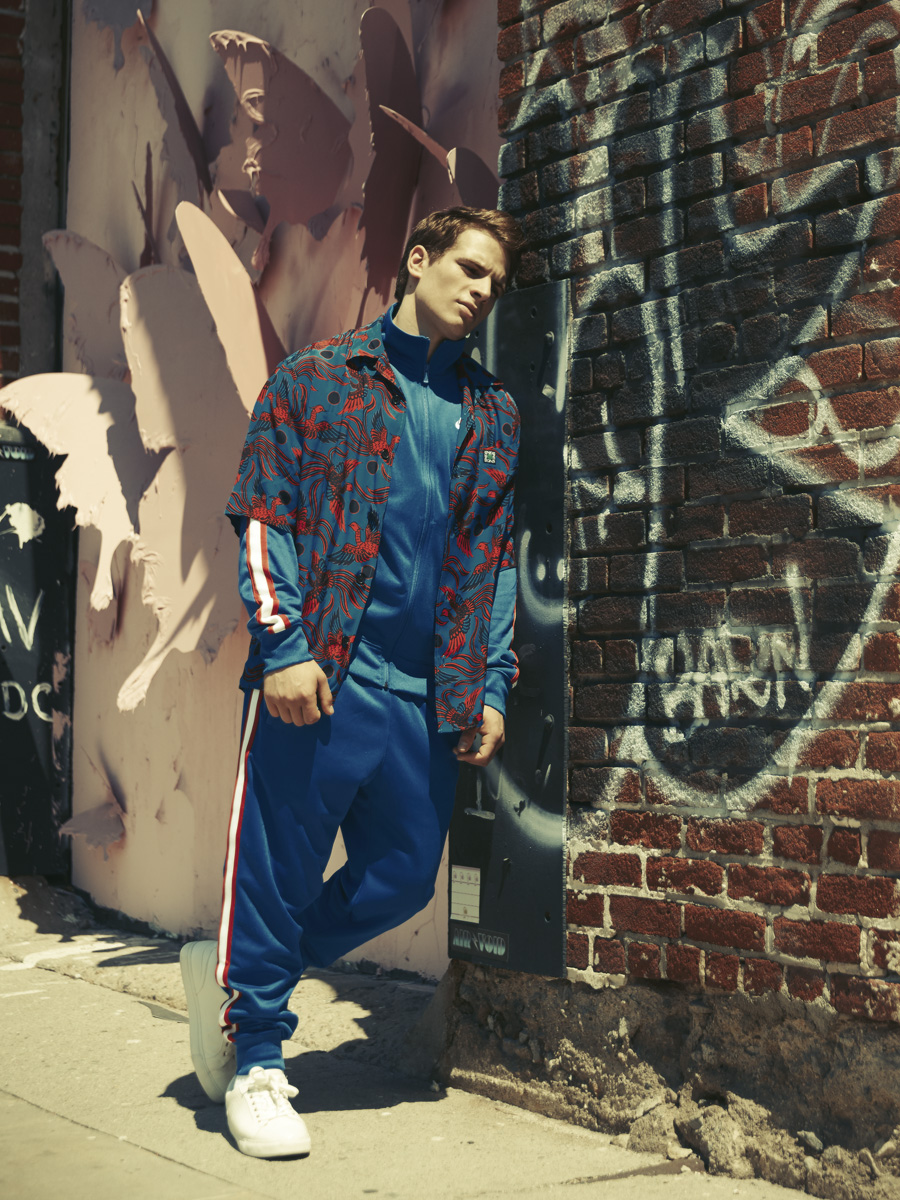 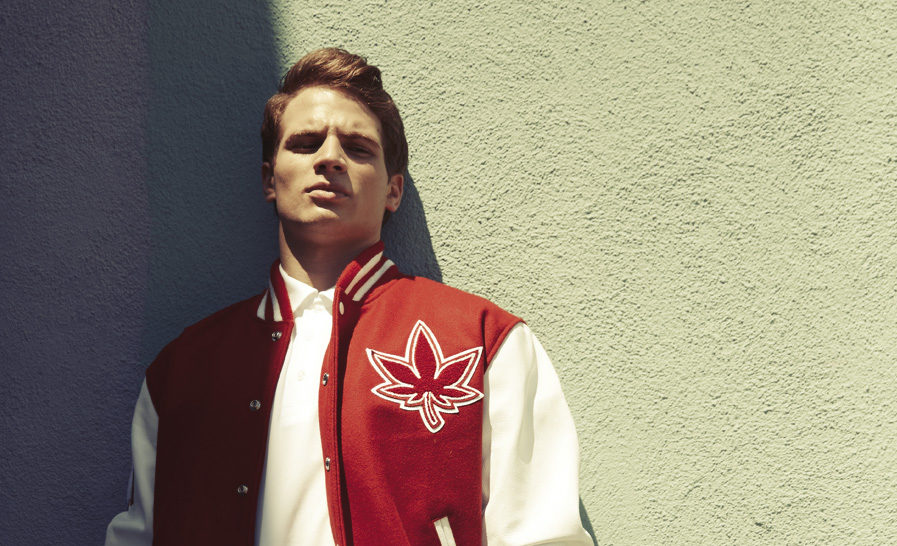 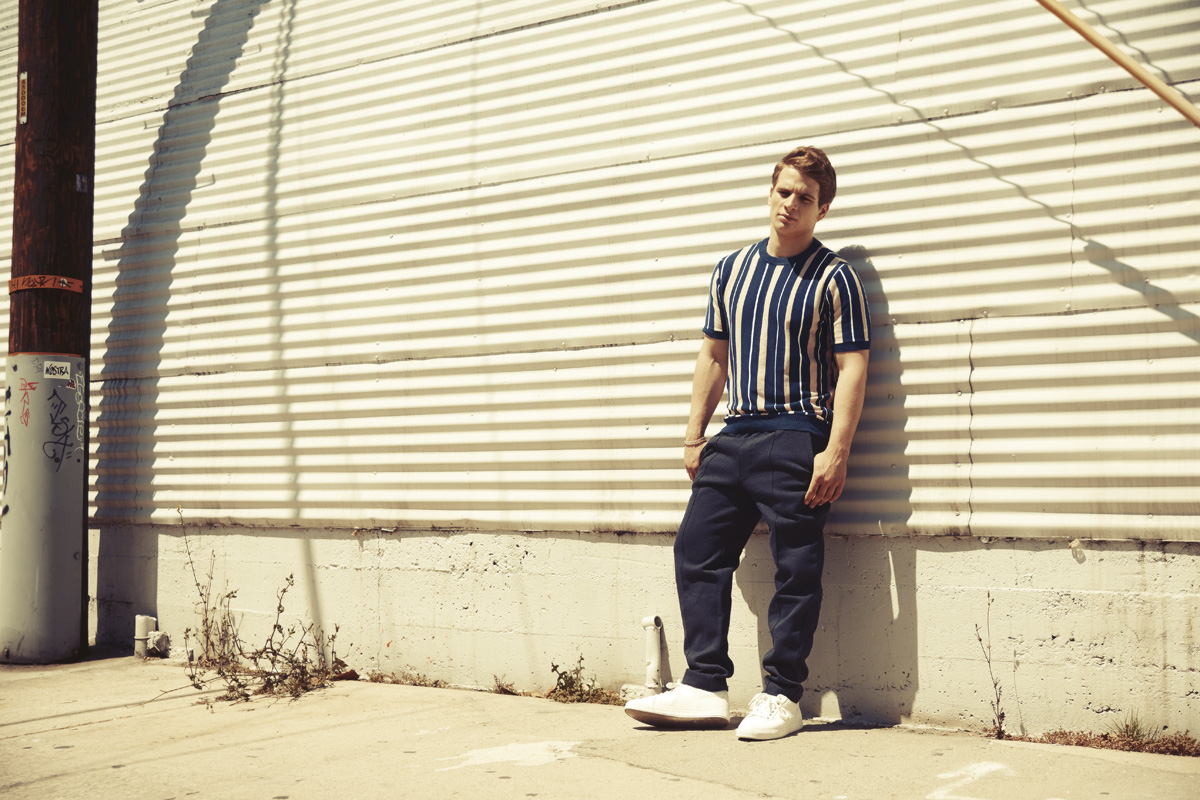 After graduating from high school, Gianni Paolo spent a few years gliding across the ice as a junior hockey league player. Rather than partying with his teammates between games, however, the athletic Rhode Island native enrolled in improv classes—and that’s when the acting bug bit. He moved to Los Angeles, found an agent and jumped into showbiz with roles on TV shows including Starz’s Power. Now, the 23-year-old up-and-comer’s career is taking off like a bottle rocket as he plays Chaz, the teenage life of the party in new horror flick, Ma, starring Octavia Spencer as a stranger-turned-friend with ulterior motives.

What was your initial reaction to the news you’d been cast in Ma?

I just remember sending GIFs of people throwing up to my reps, because I was just so nervous waiting to hear. I really loved the character and, at that point, I had auditioned four times, the last being with Octavia, so I was waiting to hear at any moment. I finally got the call and I basically jumped off of my couch onto my living room coffee table with excitement.

Working with Octavia was honestly a dream since the second I walked into the audition room. I remember being so nervous and she said, “Look at this young Tom Cruise” and winked at me. She just made me feel so comfortable. Leading up to the film, I was overthinking everything, because I didn’t know what to expect with Octavia on set. I’m really loose and like to joke around and I wasn’t sure that would fly around Octavia. I was completely wrong. The second I walked onto set, she was doing accents and making everybody laugh. It was probably one of the best experiences of my life thus far. She’s a really great captain and it shows in this film.

What do you like or dislike about your character, Chaz?

To be honest, Chaz is probably one of my favorite characters I’ve played up to this point. He’s not a stereotype of a typical high schooler or teenager, which is what you see a lot of actors and writers fall into. Chaz is just a super grounded high schooler looking to have fun and make his friends laugh. He’ll always say the wrong thing at the worst time possible, and wouldn’t turn down a joint even if it was his wedding day.

Based on this film’s scary story, will you be more hesitant to trust strangers in the future?

I guess I’m always skeptical of people’s intentions, so immediately when I started reading the script I was, like, “Uh, no, don’t do that guys.” I found myself in a couple similar situations in high school (don’t tell my parents), so I connected to it in a real way. It definitely was an eye opener because you can really see how fast things can get out of hand. Intention is everything, I think, and Ma doesn’t have the best ones.

What would be your dream character to play?

My dream character is sort of similar to Tommy Egan in Power, played by Joseph Sikora, on Starz. He plays a drug dealer who grew up on the streets of New York with his best friend. I worked alongside him a little bit this season and he is just incredible. From the way I look, I usually get cast as someone who is rich and put together, or someone who isn’t the nicest, and I would love to explore other characters similar to Tommy.

What do you love about acting?

Growing up, I was always loud and outgoing, and it always hurt me, especially in school. All I wanted to do was make people laugh and have fun. But schools, to me, are the antithesis of that. The best part about acting is being able to express yourself and be celebrated for it, instead of being criticized. All throughout school, I was told to do the exact opposite of what I am making money doing now, and it feels kind of great.