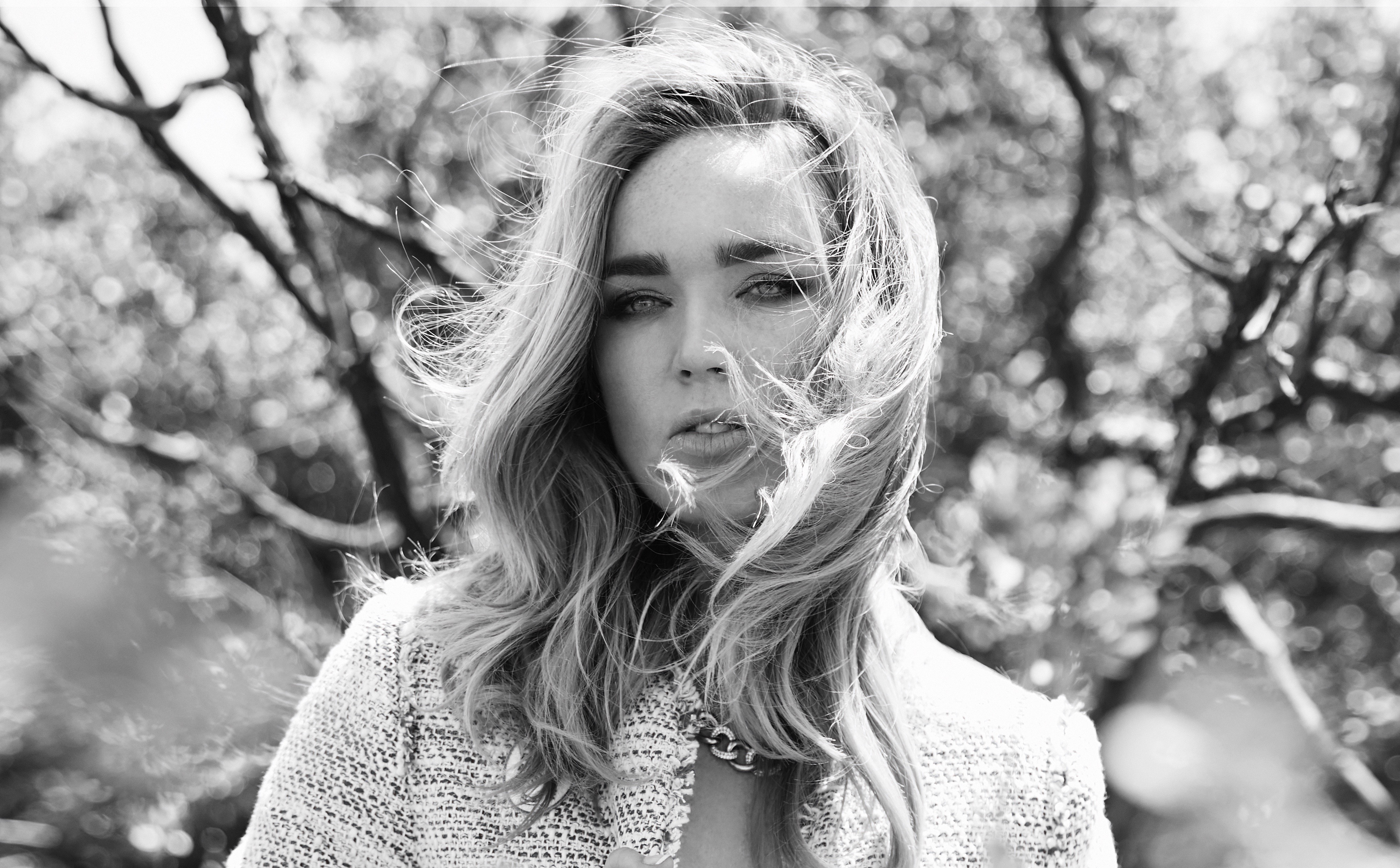 Personally and professionally, Caity Lotz is a strong woman. She plays a crime-fighting superhero on the CW’s Legends of Tomorrow, and she earned a “Most Promising Newcomer” nod at the British Independent Film Awards for starring as a sentient robot in The Machine. Earlier in her career, Lotz sang with girl group Soccx and performed high-energy, militaristic dance moves when she toured with Lady Gaga and Avril Lavigne. Born and raised in San Diego, Lotz grew up doing martial arts. No wonder she does her own superhero stunts.

In a recent demonstration of strength, Lotz and other actresses on television series based on DC comic books launched Shethority, an initiative to help women across the globe become leading ladies of their own lives. An online and social media community, it’s where anyone who identifies as a woman can have a safe place to discuss and conquer issues affecting their life.

The name is a mashup of the words “she” and “authority,” because Lotz and the other founders of the project conceived it for women harnessing their power and strength to have full authority over themselves, and women helping other women to do the same. The  initiative is rooted in self love, confidence and community building, and it was inspired by the #MeToo movement. “While we were shooting crossover episodes, us girls from all of the DC shows got to spend a lot of time together, and we found ourselves getting into some pretty deep conversations about things we deal with professionally and personally as women,” Lotz says. “It was really comforting to understand that we weren’t alone in all of this, and helpful to share how we overcame some of the issues. From that, we realized how important it is for us to support and learn from each other.”

As women all over the world are coming together to stand up for themselves, fight against workplace harassment and sexual assault, and take a more commanding lead in politics, business and society, Lotz maintains that women have to level the playing field with men—not strive to overshadow them. “I don’t know if I think of it as now being ‘the time for women,’ because that implies it’s not for men,” she says. “Attacks on women’s rights has made it so that we can no longer remain passive, and having more women in positions of power has allowed us to make sure our voices are heard. We are impassioned and we are united. I also think there are a lot of sympathetic men who are willing to listen and join the fight now, because they see it too and they want their wife, mother or daughter to live in a more equal society.”

The six-month-old initiative has nearly 85K followers on Instagram; a website will follow later this year. Shethority T-shirts are for sale. Lotz wants the platform to encourage women to share their journeys, challenges, triumphs and inspirations, and to build a community of women who challenge and empower themselves and each other. “Society has often pinned women against each other, and it can really keep us, our families and our communities from reaching our full potential. Confiding in one another was so powerful for us that we wanted to extend this circle of support to other women,” Lotz says. “So support other women. Seek other women’s support. Women are incredibly powerful, especially when they band together. When you are tapped into that collective power, you’ve stepped into your Shethority.”